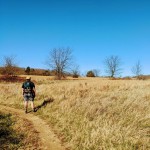 Failure in Some Ways, but Success in Others

I’m going to be honest, I’ve been sitting on this post for a couple of weeks now. It’s tough to write, to say the least, and I don’t really enjoy it, which is why I’ve been putting it off, I’m sure.

I didn’t make it very far on the Ozark Highlands Trail. Some of my worst fears came true during the first week of hiking, and while I was tough enough to make it through them mentally, I couldn’t risk my health and well-being. So, let’s talk about it. 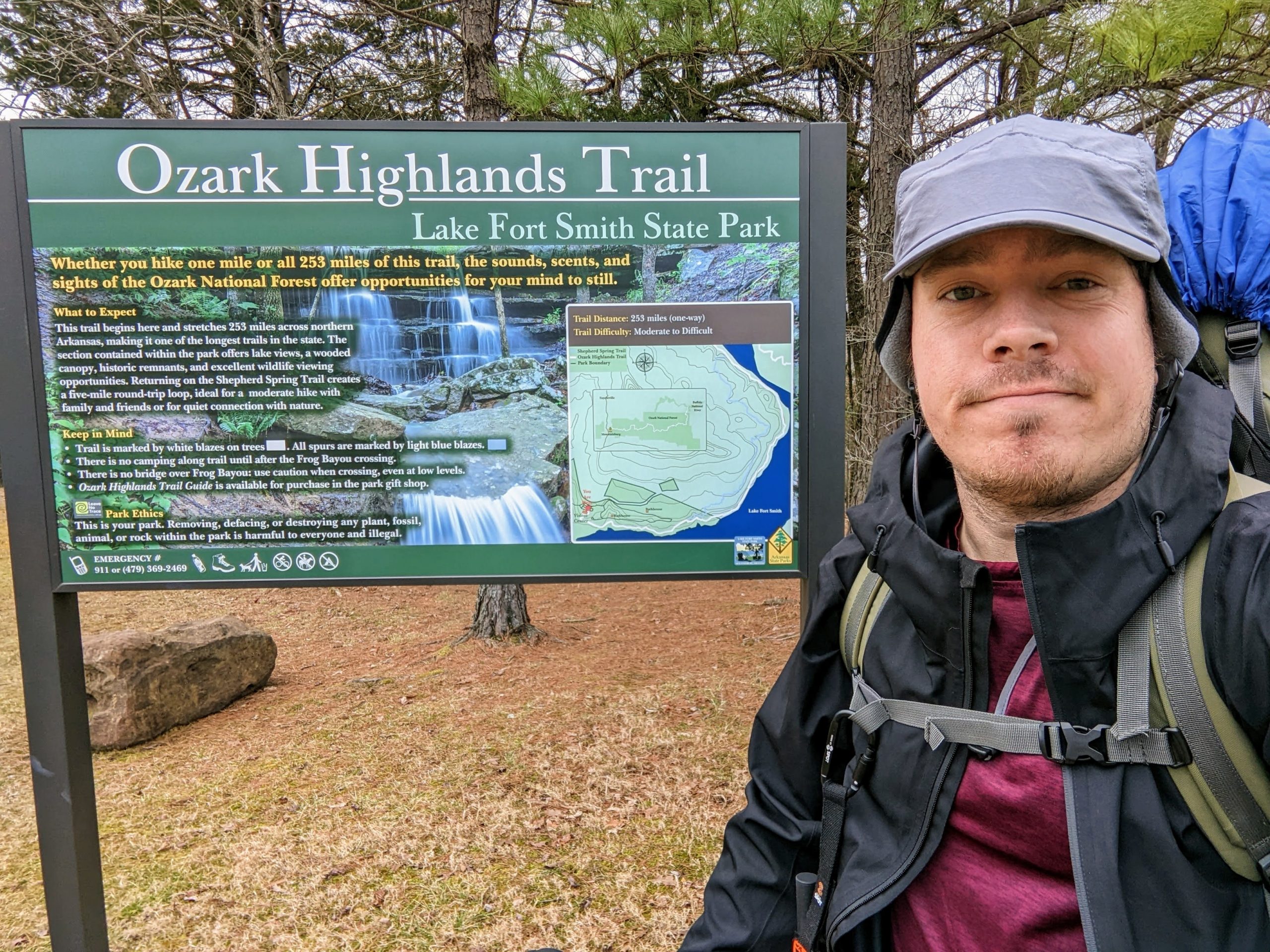 Me with the OHT trailhead sign. The trail is a bit longer than 253 miles at this point – somewhere around 270 according to the OHT Association.

Factors Outside of my Control

Arguably, the biggest factor that put a stop to my hike was the weather. I touched on this in my prior posts, and how the weather was probably my biggest worry. Weather proved to be the real killer for this hike.

On my first night, I stayed in Lake Fort Smith State Park. A beautiful location, and if you’re traveling through Arkansas, it’s worth stopping at. This is where the OHT trailhead is. It has a nice plaque that talks about the trail, and you can hike the OHT for a few miles within the park. It’s a cool spot. The campsites are nice, and if you go on a weekday like I did, you’ll have the entire park to yourself.

There’s no cell service in the park at all. I carried a SPOT device with me, so I was still able to communicate. My partner was keeping an eye on the weather for me, and we both knew that cold weather was incoming. We just didn’t know how cold, I suppose. 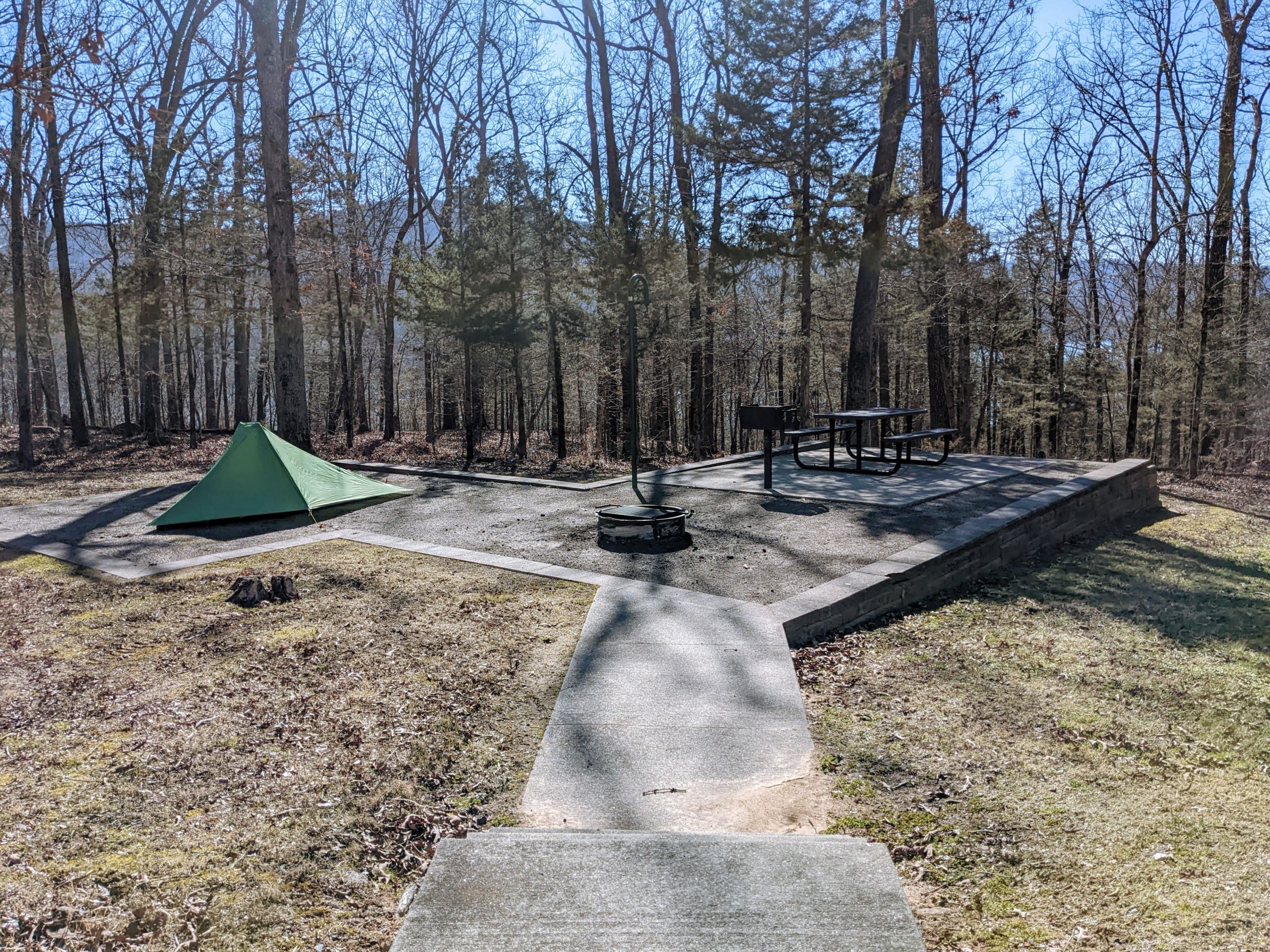 Severe Weather is No Joke

I hiked and I hiked, not covering much distance. The first few miles of the trail has a great little water crossing that I thoroughly enjoyed. It was invigorating. I popped my shoes off and waded through the water, shoes in one hand and trekking pole in another. All of the rocks were ridiculously slippery. It was so much fun! Shortly after that, though, things began to change.

The sky became overcast, with no sun to be seen. Storm clouds began to roll in. I passed a few beautiful spots, but I couldn’t justify stopping. Rain or snow was imminent, and I wanted to make it to a spot where I could hunker down. 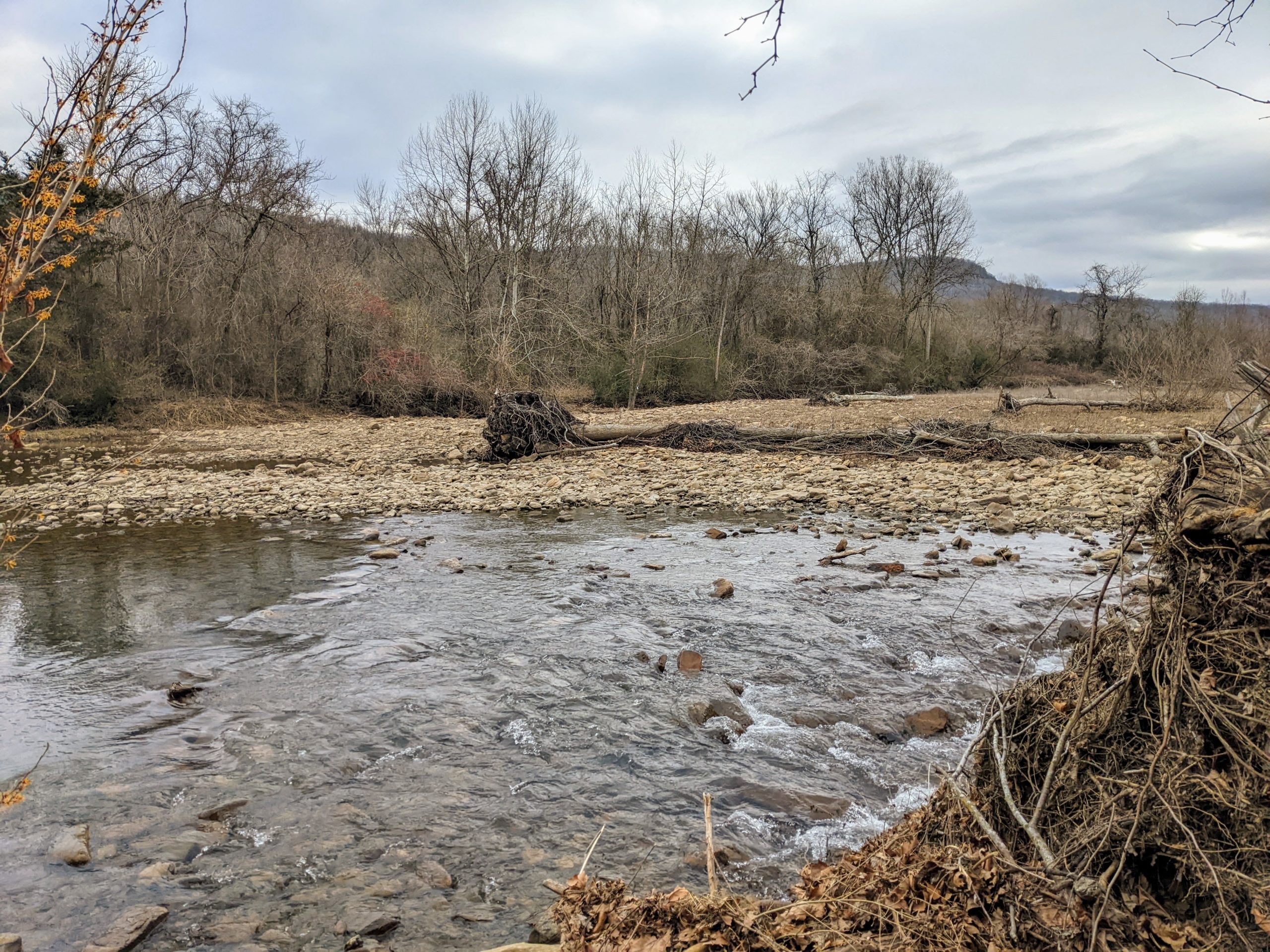 The water was crossing, with the grey clouds rolling in.

On the trail, there are some ridges and peaks where you can get some cell signal. As I entered one of these areas, my phone started to go off. I grabbed it from my hip belt pocket and took a look. A severe winter storm warning had been issued. I knew that things were going to get cold, but this was a bit more than I had expected. Temperatures in the single digits, with a ton of snowfall. Let me say it again – I’m from Florida and have had no experience in snow.

I called my partner, and we talked about it. This weather was supposed to last for the better part of a week, with snow falling each and every day.

It was hard, but we came to a decision together. I needed to come home and avoid this weather. It’s not OK to take risks that you’re not prepared for, especially risks that could affect you and SAR workers.

Factors That I Could Have Controlled

OK, so let’s move past the weather, and onto what I could have done better. If I’m being honest with myself, I should have planned better. Planning is everything. Had I really done my planning thoroughly, I would have waited to hike until March. I would have taken that month off instead. At this point, though, it’s too late to go back and do that, which is fine.

Realistically, I had planned nearly everything else out. My mileage per day was clear, and I gave myself multiple options for easy days and hard days. I wouldn’t be without food or water on any day, and I would have been able to enjoy the trail. My food drops were ready, and I was so stoked. I just didn’t think about timing. 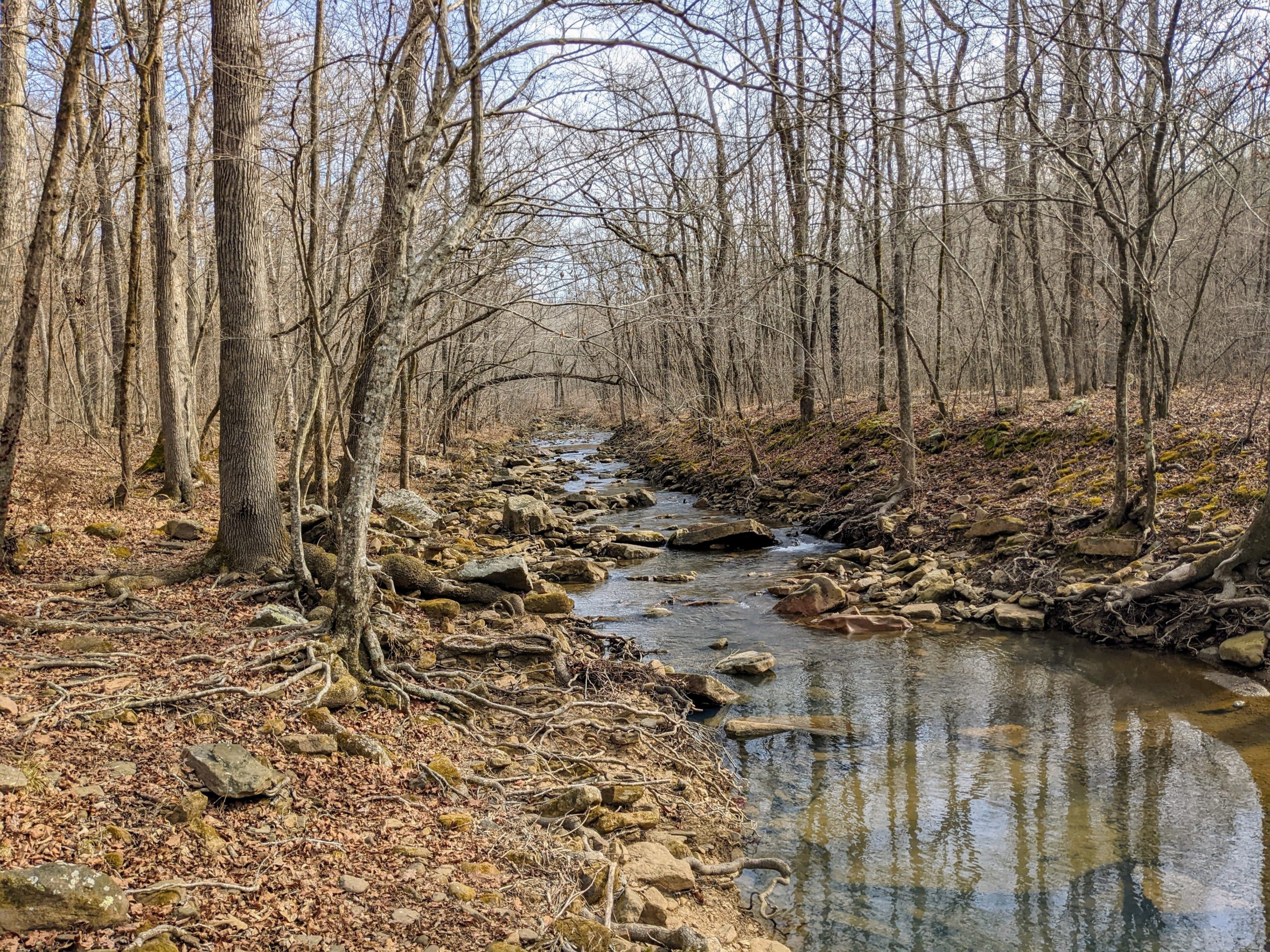 One of the many gorgeous views you’ll find on the OHT.

I’m beating myself up for this botched attempt, of course, but I think that’s kind of natural. My biggest issue is that I didn’t plan around my hike – I planned my hike around my time. I should have done the right thing, and planned the timing out for when I would have had the highest possibility of success. I know that now.

Shakedowns Should Be Done

Had I done some shakedowns before my hike, I might have been able to dial in my gear, especially for inclement weather. That would have been ideal, of course. Unfortunately, I didn’t really make the time to do shakedown hikes before my large amount of time off. Had I, I would have put myself through some of the unpleasant weather I was ultimately faced with. Lessons learned, yet again.

So, What Did I Learn?

Failure has one of two options. You’ll either:

Become discouraged, and stop doing the thing that you failed at;

You’ll become more motivated, and you won’t be able to stop going.

I opted for the latter, of course. I can’t stop thinking about hiking. It’s on my mind all of the time. I want to get more people out on the trail. To be totally honest with all of you, I didn’t go back to work after coming home. In fact, I’ve been going out, hiking constantly, and doing overnighters when the weather permits. It’s been so much fun! 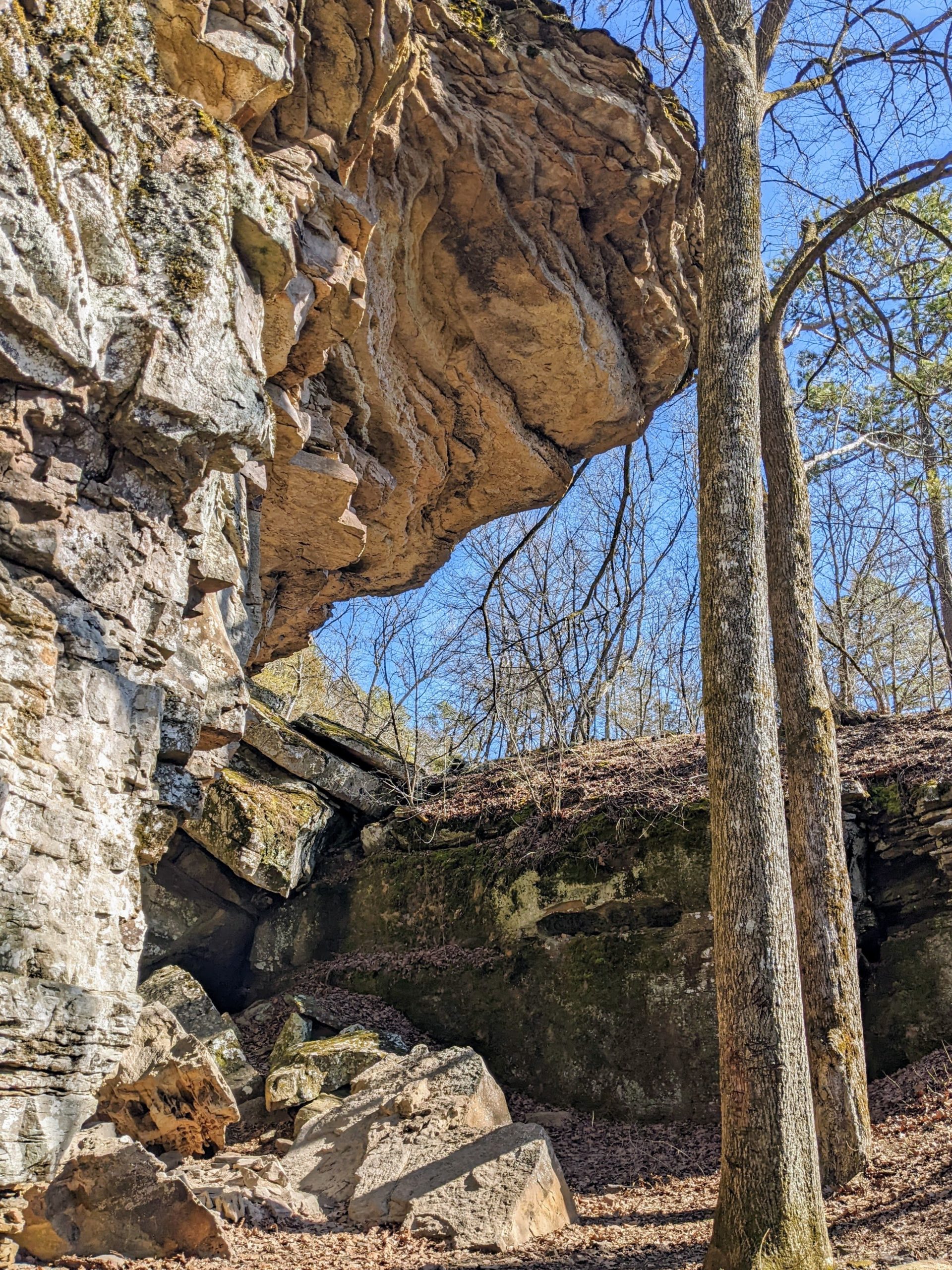 A bonus shot from the Butterfield Hiking Trail, another gorgeous spot in Arkansas.

As for my next thru-hike – I’m already planning it. I won’t be able to get back out to the OHT this year, it looks like. I met some locals on the Butterfield Hiking Trail who recommended against the timeframe that I had in mind, and I’m going to heed their advice. Instead, I’m preparing for an attempt of the Florida Trail in 2023. It’s my home state, and I know it well. All I’ve got to do is plan more adequately, of course.

If you’re reading this, and you’re thinking about thru-hiking, do it. Take some time, plan it out, and get out there. If you fail, don’t stop hiking. Keep getting out there, fixing the things that may have gone wrong, and connecting with the trail. You won’t regret it.

Hi, my name is Zach Maxon! I'm an Ozark Highlands Trail thru-hiker. I'm a freelance writer for a living, and have been planning to thru-hike for years at this point. This year, I'm finally taking the plunge. Looking forward to a month with as few showers as possible.