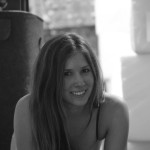 The sun beat down and sweat dripped from the brim of my hat as I crossed a mountain saddle and began to descend into the meadow. I was walking alone through the Shasta-Trinity National Forest in California. I found myself enjoying a beautiful day and a great ten-mile loop that took me through forests and meadows, up mountains and over streams. I knew bears were present in the area as their scat occasionally marred the trail and earlier in the week I had seen one in the distance nibbling on some roots. However, lulled into a sense of complacency by hours of hiking with no sighting of these creatures, I forgot that the possibility of running into a bear was much higher than I wished.

The high peaks around me reflected the sun with patches of snow and water trickled down the rocky hillsides, feeding the grasses and flowers that were preparing to bloom. The air was still, and the trail gentle as it descended from the high point. As I approached the meadow, trees stunted by years of wind blocked my view and provided a much needed break from the sun. Among this idyllic setting, a large bear scat sat steaming in the center of the trail.

Instantly, my state of walking mediation was broken, my eyes began to dart from side to side, my nostrils flared as though, maybe, if only I tried hard enough, I could sniff out the animal that had, all too recently, left it’s mark upon the trail. I stood still on the trail, muscles tensed and ready to run, I clapped loudly in an effort to alert my native counterpart to my presence in their space. As I did, my eyes locked onto the golden snout of a bear waking from a summer slumber under a towering Ponderosa. Twenty feet away from me stood a black bear, more surprised by me than I was of it. Our gazes met, I stood frozen in a mix of admiration and apprehension, upholstered my spicy defense, and clicked off the safety. 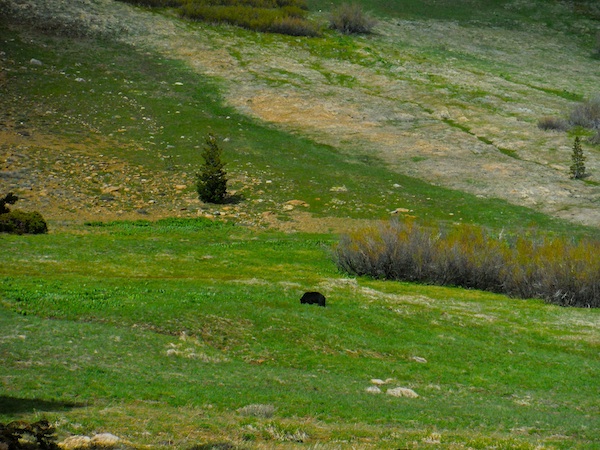 The noise of that small click broke the silence, disrupted the still air, and sent the bear running. I was filled with a brief moment of sadness and relief, the time I had with a wild and native animal was over. Now, maybe 20 yards separated me from 400 pounds of bear. The only option was to continue walking in the same direction as the bear, down through the stunted trees, into the meadow, and eventually back to camp.

The bear sat unmoving, I slowly moved back up the trail waiting for the tension to diffuse and hoping the bear would wander into the distance. It did, sort of, and I began walking down into the meadow, swinging a wide arc around the bear, off the trail and into the grasses that tickled my ankles as I passed. I was a foreigner passing through the home of the bear, disrupting a peaceful afternoon, clearly out of place and out of sync with the natural rhythm. 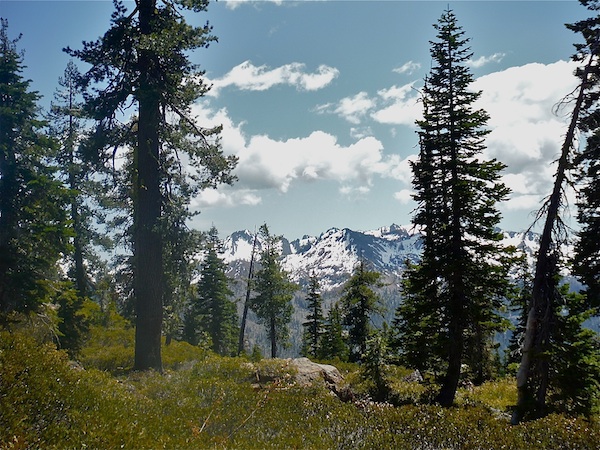 Giant paws swept the ground in front of the bear, hot air blew from the golden snout, and the bear’s eyes never left mine. With one eye on the bear and one eye on the ground under my feet, I moved through the grasses. Beneath me, bear scat littered the ground, green grass sprouted from parched soil, and Indian Paintbrushes grew orange, red, and yellow. Another bear moved, black fur reflecting beams of sun, this one was farther away, but like a giant prairie dog, it stood on strong hind legs, raising it’s snout into the breeze, sniffing out the intruder.

I began to wonder how many sprays my measly can of bear spray held; I hoped to never find out. With my spicy defense clutched between white knuckles, I crossed into a tight patch of subalpine firs bent and contorted from wind and weather, but still tall enough to block my view of the meadow behind me and the hills on either side. My movements were cautious, as though one wrong step along the parched ground could tip the delicate balance of man and beast. Now, a third bear caught my attention. Through the trees I noticed the unmistakable beauty of the bear’s black coat billowing with every movement. Fighting the urge to run, I continued to move slowly and deliberately, I was walking through a field of bears.

Fear is ancient and wise. It is instilled in us, refined for thousands of years to protect us from danger and death. It has taught us to run from snakes and spiders, to stay back the edge of a cliff, and to cower at the snarl of a mountain lion. As modern-day humans our lives are mostly void of this instinctual feeling. Each move we make is calculated; each decision designed to reduce the possibility of harm. The sensation of true fear is foreign and surprising. 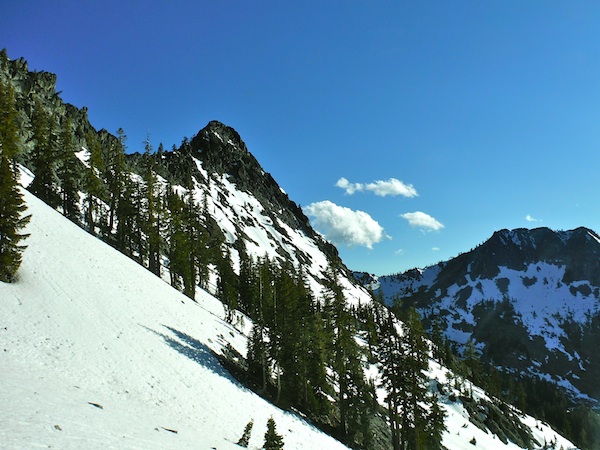 We seek moments of fear, because times when you are truly afraid, when your body tenses with a primordial strength, inspire memories that will last a lifetime and force us to grow as individuals. Standing there, outweighed by 700 hundred pounds of mammal, I was in no true danger; however, my heart pounded in my chest, my knuckles were white around a can of bear spray, and I made a conscious effort to keep my legs from hurling me down the hill, through the stunted trees, and back to camp.

Fear is important. It is an emotion only possible when there is no safety net. When faced with a wild animal alone in the woods, there is no harness to catch your fall, it is the simplest of animal interaction: one human and one bear (or three), equalized by nature, standing together in the hot sun, feeling the ground beneath paws and feet alike. This moment allowed access to an instinctual part of my mind, nothing else mattered, and no stray thoughts littered my train of thought. It was a brief period of cleansing brought out by an intense interaction unlike anything I have experienced before. I felt the need to thank nature, to thank the wild for being wild.

My name is Kelly Anderson. I live part time in Boulder, CO, and part time in my Jeep. After graduating from the University of Colorado with a degree in Geography and Psychology, I decided to pursue a live of climbing, hiking, and traveling. I have yet to hike the A.T., but have spent months camping throughout Montana, California, and Colorado. I look forward to new adventures, that will, no doubt, include the A.T.