Follow Frost in ‘The Long Start to the Journey’

THE AT MOVIE
called
“THE LONG START TO THE JOURNEY” 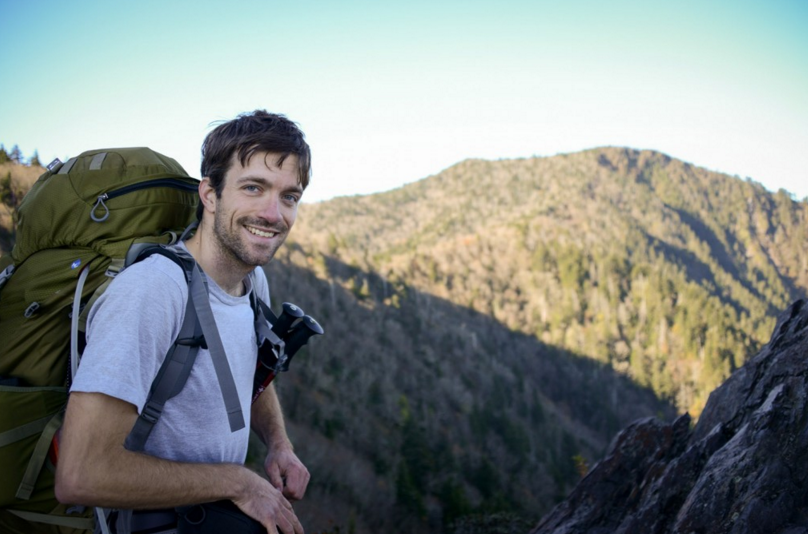 “The best way out is always through,”
—Robert Frost 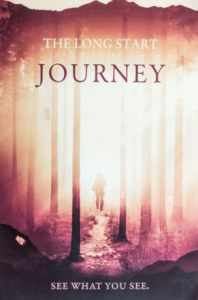 Much more intimate than most other films centered around the Appalachian Trail is Chris Galloway, or Frost’s, “The Long Start to the Journey” also known as The AT Movie.

It’s visually moving and emotionally charged. Frost captured moments along the trail that tug at any thru or avid AT hiker’s heartstrings. Frost saw a void in films previously produced about the AT.

“I didn’t think there had been a film made like this recently,” he said. “I felt there was a vacuum in this storytelling voice that I wanted to work with.”

It’s obvious throughout the film that Larissa Galloway, or Sunshine, is always on his mind and in his heart. 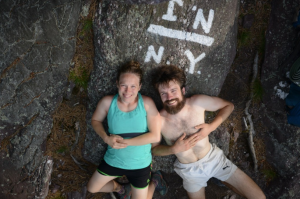 Frost and Sunshine might sound like opposites, but it’s clear upon meeting them and watching them interact in the film, they are a match. They both share an affinity for the Appalachian Trail.

Sunshine was the first to attempt to thru hike the AT in 2004 and 2005. People were very persistent about dubbing her Sunshine, but she didn’t feel like it fit her.

“She of course got her trail name first,” Frost said. “At first, she resisted it. Then one day when she was walking into North Carolina a southbounder passed her and said, ‘With a smile like that, you should be called Sunshine.'” 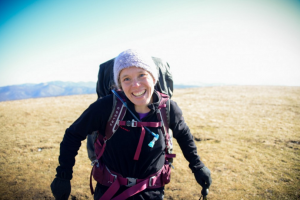 That’s when she caved in and accepted it.

“When I met her she was going by Sunshine in her normal life,” Frost said.

During winter of 2013, Frost hit the trail with a mission to memorize Robert Frost poems along his journey. 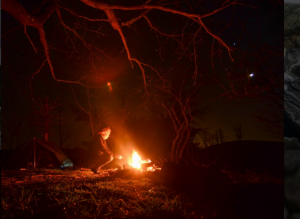 “I also felt like Frost was a compliment to Sunshine,” he said. “She’s a little bit brighter and more smiley than I am. I thought it was a good fit. She definitely does bring some warmth into my life.”

The same sense of warmth can be felt throughout the entire film. It’s obvious Frost poured his entire soul into this autobiographic documentary.

“I had no assurance what the outcome would be,” Frost said. “I didn’t know if I would finish the trail or much less what kind of story I would collect along the way.”

He had a slight vision for where he wanted to take the film, but mostly allowed his journey to tell its own story.

“Once I got on the trail it took on a life of its own,” he said. “There was one point when I seriously doubted if I could even continue. I did worry what that would mean for the film production.” 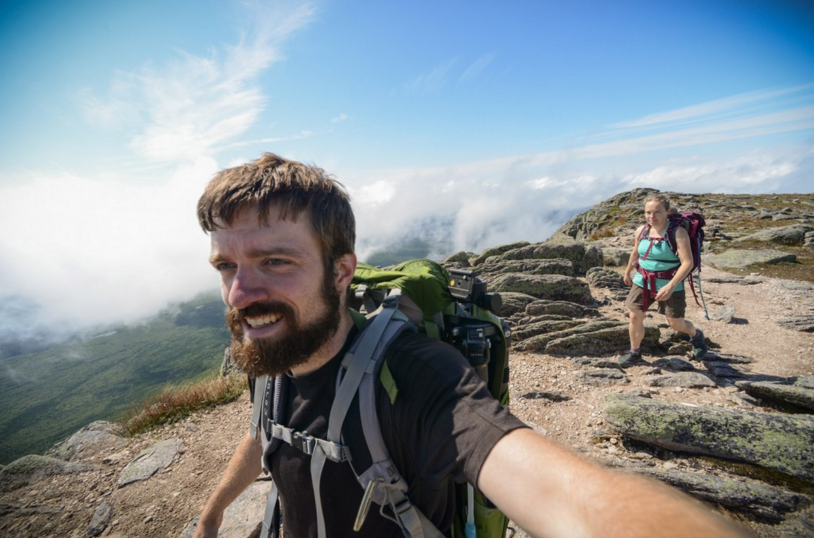 Love is a common theme throughout the film.

“We set out to make a film that would speak to people who really love the trail and know it intimately,” he said. 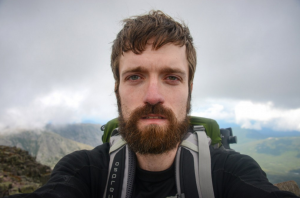 Frost boldly displays the most intimate details about his journey. More specifically, he is faced with overcoming a death in the family.

“We are sharing some fairly intimately experiences not only our love and relationship, but also the death of my brother,” he said. “We were trying to share them in an authentic way.”

Sunshine hopes those who watch the film take this piece of advice away from it.

“Just slow down,” she said. “Just enjoy and savor experiences in life. You don’t have to do anything in any particular way to be successful. One of the downfalls of thru hiking is giving in to the rat race. We think the best way for most people to enjoy the experience is to just let go of all the pressure.”

“I was constantly getting pulled back into this mindset of measuring myself against other hikers,” he said. “Am I doing as many miles? Am I carrying more weight? I found it to be pretty pervasive.”

While it was sometimes difficult to do, he found nature helped him center back on what was most important to him.

“The deeper and richer experience on the trail came when I was able to quiet that voice and tune into community, people and the beauty and nourishment of the wilderness,” he said. “These wild spaces are so valuable for people in the modern world.”

Frost is most gratified when AT enthusiasts make sure to let him know how much they enjoyed the film. 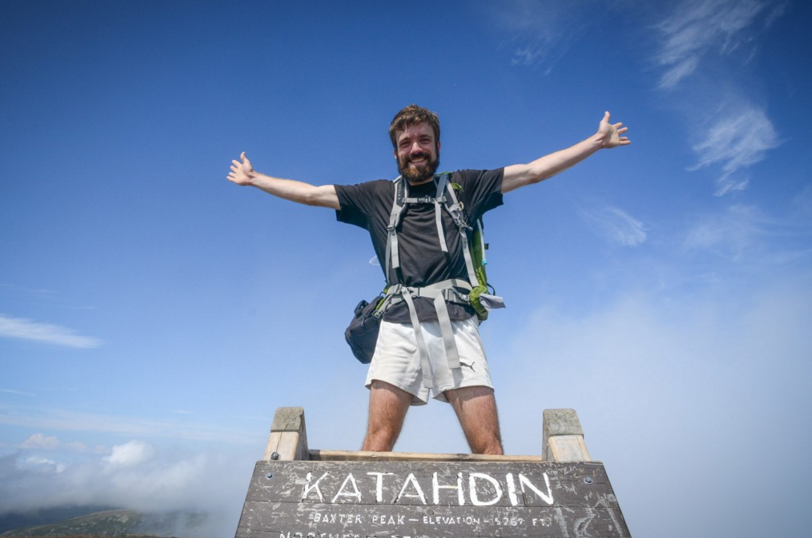 “I’m just thankful I actually completed the trail and got to do it all,” he said. “A good story came out of this. I had confidence. I was drawn to the trail in part because I believed it would be a good story and experience. It didn’t fail to deliver.”

For information about watching and/or hosting a screening of the film, visit theATmovie.com.