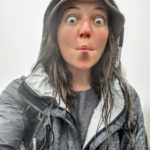 For the Love of the Trail Meal

Whose idea was it to make my own meals anyways?

Just kidding, I know it was me. To be honest, of all the things I love about being on the trail, being able to have a good meal on top of a mountain has always been one of my favorites.

If I’m going on a day trip I’ll often pack both my stoves (an MSR and a Jetboil) in order to be able to cook some pretty fun meals, like the teriyaki salmon with bok choy and rice featured in the photo for this post.

Flash forward to planning my first real long distance hike on the Long Trail this summer, I obviously knew I wasn’t going to be able to pack perishable food and multiple stoves, but I knew I still wanted to eat well. While I’ve enjoyed some tasty prepacked backpacking meals in my day, I feel like the options are always so limited, and they also tend to be pretty pricey.

Ahh. My dehydrator, up until now I’ve really only used it to dry spices and a few other random projects like making veggie chips, but my intent on first purchasing it was to make my own backpacking meals.

While I’m excited to finally be using it for the reason I purchased it, I’m also less than a week out from the start of my trip, still dehydrating stuff, and wondering what the heck I was thinking.

Keep it simple stupid. A moto I’ve learned from watching cooking shows, and I tried to keep with me in my meal planning. Really the only meals I’m making are my dinners, I’m doing basic prepared stuff for my breakfasts and lunches, but I’m a girl who loves a good hot meal at the end of the day, and didn’t want to forego that on the trail.

When considering what I wanted to pack for dinners I thought KISS, and I thought comfort, and ultimately I landed on..

I couldn’t help myself with that one, my brain operates on dad jokes and puns. But also, my favorite all time meal is a turkey dinner, so that’s what I decided to aim for when deciding on meals that would be fairly simple to dehydrate, while also being something I was excited to eat at the end of a long day.

I started by going out and purchasing a bunch of rotisserie chickens to shred and dehydrate because I figured that would be the easiest option. However, once I got home with them all and did some research, I read conventionally cooked chicken actually is pretty terrible to use in the way I was intending and doesn’t rehydrate well at all.

I did a little more research to make sure this wasn’t just another terrible idea and found out ground turkey actually dehydrates pretty well due to it’s high surface content and low fat, back to the store!

I’ll spare the details of the dehydrating process (although I’m happy to share with anyone whose interested!) But I must say I was super happy with my end results! I combined my dehydrated ground turkey, with some bags of frozen mixed vegetables which I also dehydrated, then also added some instant potato flakes, and turkey gravy seasoning, and the end result was pretty damn tasty!

I’ll be honest I was actually nervous to test run the end results because part of me was worried it would be terrible and I wouldn’t have the time (or the morale) to try to make anything different. But I must say I gave myself a pat on the back after finally giving it a try.

Overall, after a little trial and error I have to say I’m really proud to be bringing some homemade meals on the trail, and while I definitely didn’t save myself any time preparing them, at least I saved some money!

Hiya, I'm Liv. I work in outdoor education and I'm attempting my first solo long distance hike this summer on The Long Trail!