Four Days on the Cohos Trail

My friend Nick drove me to the trailhead on the morning of Aug. 21. This way, I wouldn’t have to leave my car anywhere. Nick also decided to hike the first day with me. I was grateful for the company. Being alone in the woods has always been a little scary for me, so this would be a good way to ease into it, so to speak. 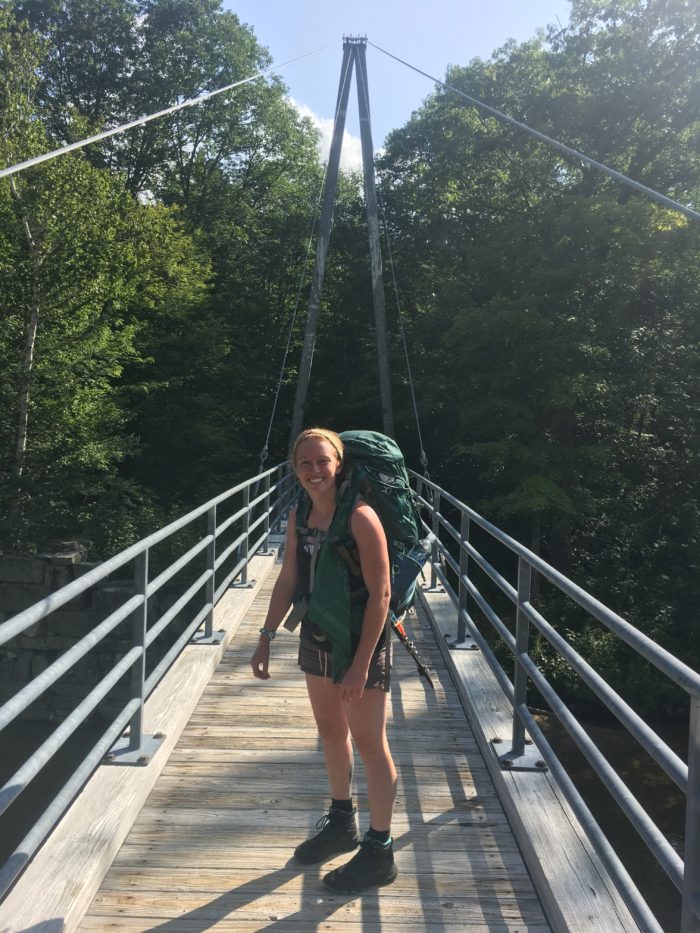 Davis Path trailhead and the Southern Terminus of the Cohos Trail.

The trail starts at the Davis Path trailhead in Crawford Notch, and the initial ascent up to Montalban Ridge is actually kind of an ass kicker. We were quickly rewarded for our hard work with views at the top. There are a number of smaller peaks along the ridge that all have views. We dropped our packs to explore these spurs multiple times. My personal favorite is Stairs Mountain. At the top, the trees open up to a ledge with views to the south. There are even a few designated campsites there. Note to self: come back. 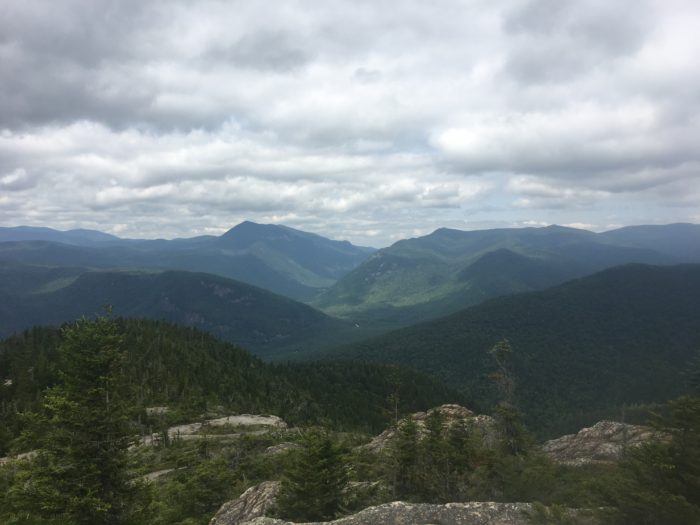 The view from Stairs Mountain.

We made camp for the night about a mile south of Mount Davis. The guidebook says that there’s a site, but it’s unmarked and not very obvious. Once we arrived, we set up quickly to avoid getting rained on.

Overall, we covered 7.1 miles today. It’s not much, but I’m not trying to kill myself on day one. I’ll save that for tomorrow!

When we woke up this morning it was raining. The cold, constant drizzle would persist all day, and the only thing we could do was embrace it. Once we had packed up, Nick went back south and I continued on my way north. I was worried that I would be anxious about being alone, but after about a mile I fell into the comforting rhythm of hiking. I made great time, averaging just over two miles an hour. 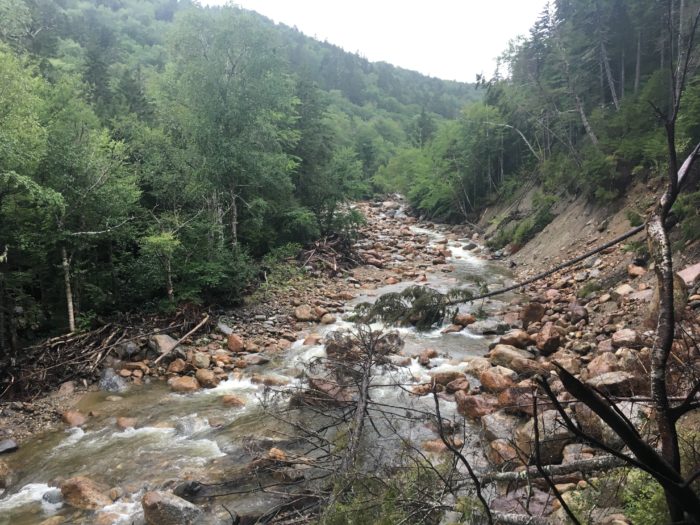 The trail descends off Montalban Ridge and into the Dry River Valley, then back up over the Presidential Ridge and down again. The trail was washed out in places as I approached the critical junction with the (Not So) Dry River Trail. Somehow, I ended up on the Dry River Trail without knowing it, so when I hit the junction, I turned south thinking it was north. I didn’t realize my mistake until about two miles later when I hit a junction that I wasn’t supposed to find. Frustrated and soaked, I turned back the way I came. My detour added four miles to an already long day. 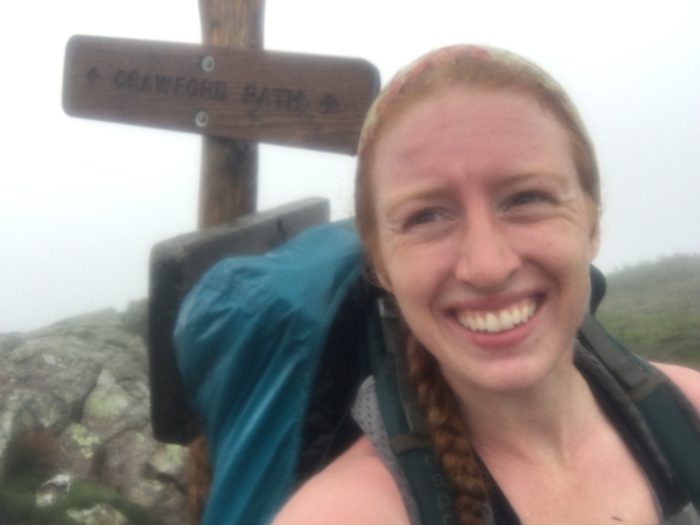 The highest point on the CT.

The highest point of the Cohos Trail is where it goes over the Presidential Ridge just north of Mount Eisenhower. Under better circumstances, I would have taken the opportunity to bag this prominent peak. Not today. I had already done more bonus miles than I had bargained for today, and visibility was not ideal due to the rain. I hustled off the ridge as quickly as I could. That night I stayed at an unmarked site on Cherry Mountain road. After 20 miles of hiking, I was ready for sleep. 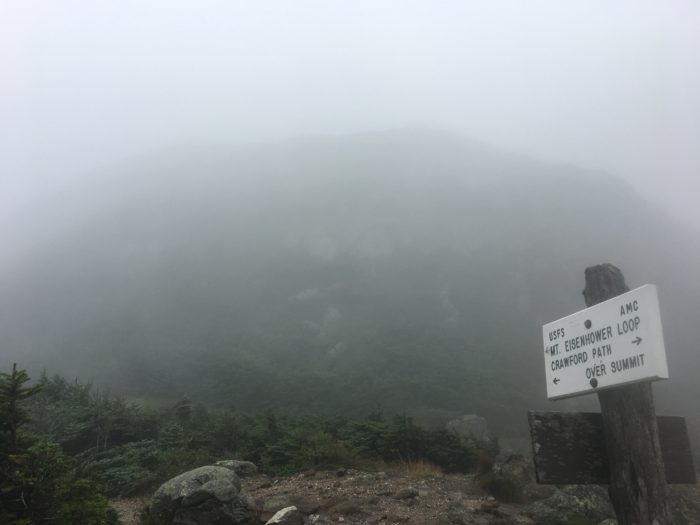 Thankfully, the rain had stopped sometime in the night, and today promised to be much drier than yesterday. Once the CT leaves the road, it follows a snowmobile trail to the top of Mount Martha. I stopped here to dry out some of my stuff before moving on. The top of Mount Martha has a clearing and a view, and someone could totally put a tent up there if they wanted to. 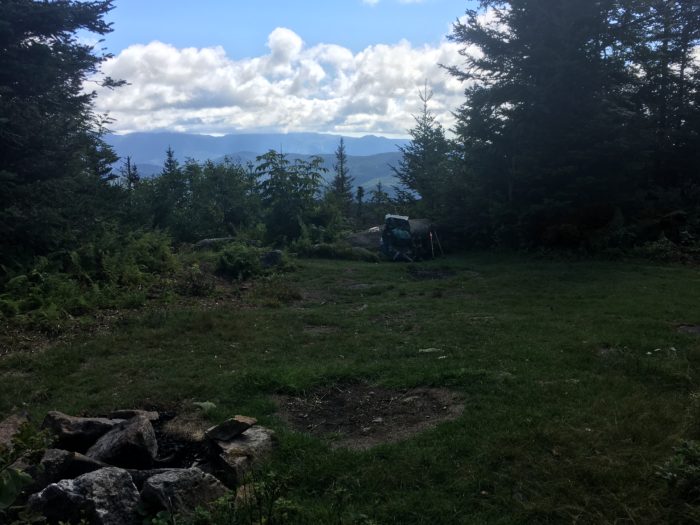 I saw quite a few day hikers today, which was different because I saw exactly zero people yesterday. It was weird too. I thought I’d be glad to see people, but they all seemed pretty put off by me. It seemed like they were thinking, “What on earth is this girl doing out here, alone, with a massive backpack, and why does she smell so bad?” The AT is so popular that you rarely have to explain yourself, but very few people know that the CT exists. I felt more alone being around these people than I did when I was actually alone. 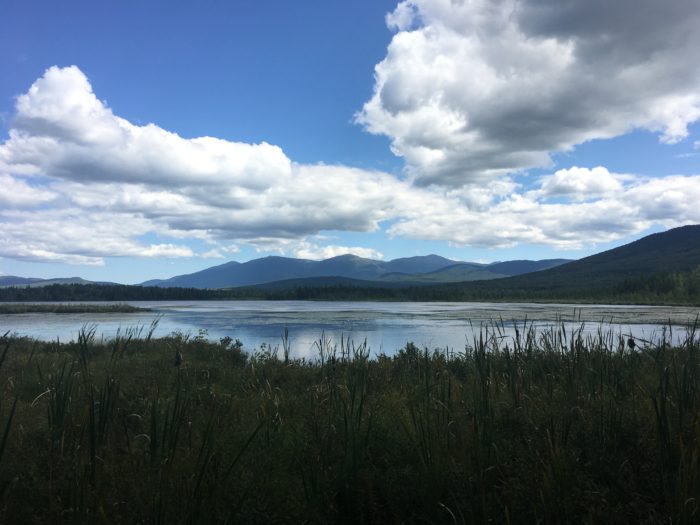 View of the Presidential Range from the Pondicherry Wildlife Refuge.

On today’s road walk, I did meet one person who knew what I was doing. He stopped to chat for a few and although I was not actively hitchhiking he offered me a ride. I’m not a purist, and road walking is my least favorite thing, so I took it.

I camped out on the top of Starr King. It’s beautiful up there, with an awesome view of the Presidential Range. Somehow, I couldn’t enjoy it. As I set up my tarp, the loneliness began to sink in. My favorite part of the AT was the people that I met, but I hadn’t met anyone out here. I missed the camaraderie, the familiar faces in camp every night, and having actual conversations with actual people. 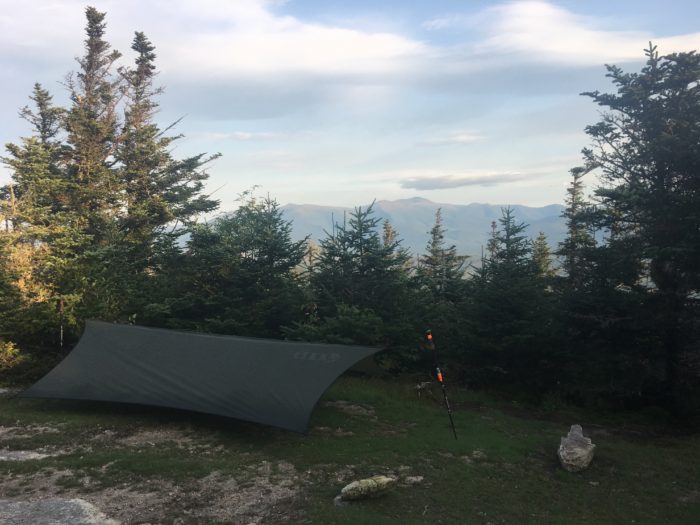 I woke up today in a much better mood. I’d be going over Cabot, and there were bound to be people around there. In addition, my mom would be meeting me to hike for the day. I pushed myself to cover the ten miles between Starr King and the Bunnell Notch trail junction as quickly as possible. My knee started to ache, but I ignored it, knowing I’d have a shorter day today and I could rest it later. 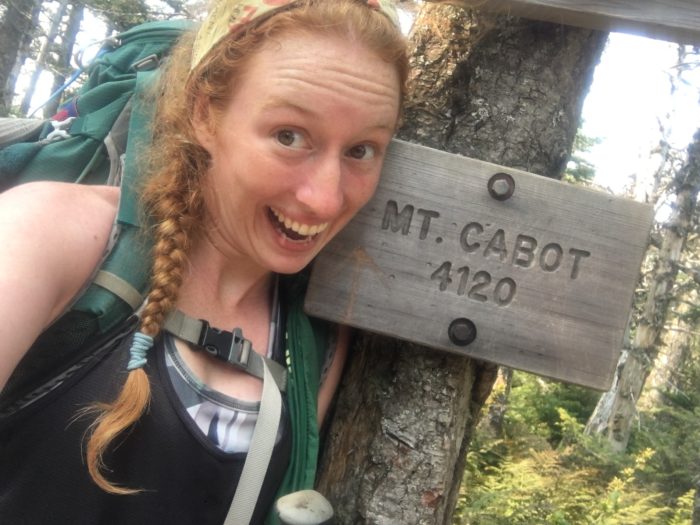 My third summit of Cabot.

Once I arrived at the junction, I immediately met a woman and her dog who were more than happy to hike with me for a ways. This was probably the first real conversation I’d had with someone since Nick left, and it was awesome. We hiked together until we caught up with my mom, and then met up again at the summit for lunch. I was so happy to have company. My mom continued to hike with me north on the Kilkenny Ridge trail.

As we hiked, it became more apparent to me that my good feelings were not lasting. The closer we got to the point where my mom would leave, the more anxious I became. Furthermore, the aching in my knee turned into shooting pain that was so bad it was making me nauseous. My mom switched packs with me, and my knee started to feel better. Yet my anxiety over my mom leaving persisted. Not only was I thinking about being alone today, but for the next four days as well. The farther north I would go, the more remote and isolated the trail becomes. 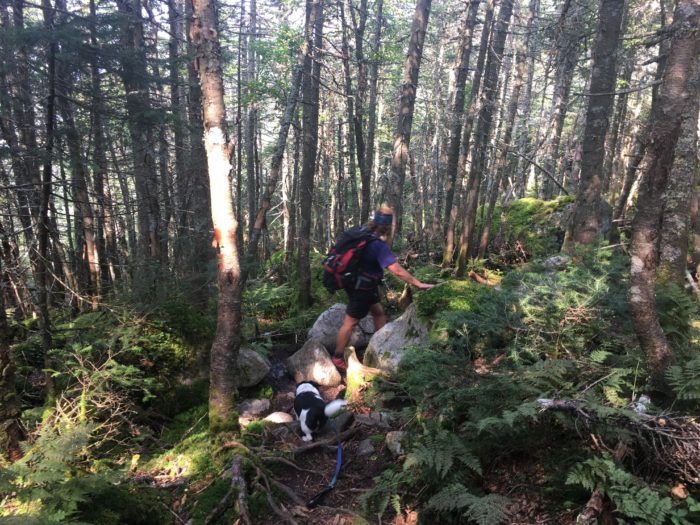 I expressed my anxieties to my mom, and she responded with, “Well, you could just come out with me.” It was the last thing I had expected her to say. Was she really suggesting that I quit? She went on to explain that if I was really that unhappy, it wasn’t worth me staying. Plus, my knee could very easily get worse if I chose to continue hiking.

I knew she was right, but I was torn. I, who had hiked the AT, couldn’t finish a measly 170 miles through my own state. It felt like failure, and it was hard to swallow, but I knew I needed to come off. When we got to the junction where my mom would go back to the car, I went with her.

I’m still torn about my decision. As I sit here writing this three days later with an ice pack on my knee, I know I made the right choice. Yet, it still feels like I’ve failed, like I have unfinished business. Someday I’ll go back and complete the CT. I don’t know how exactly I’ll approach it yet, but I do know I’m not done with it. 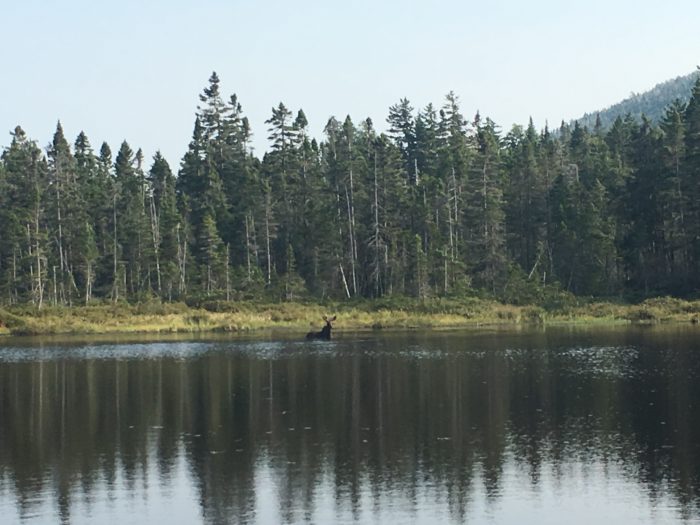