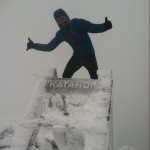 6 Gear Mistakes to Avoid While Planning a Long Hike

Until you’re there, you can only fantasize about what a long-distance hike will be like—including how your gear works out. While prepping for my 2015 thru hike, I was certain that my previous experience had prepared me for the gear I would (and wouldn’t) need. I often spent two weeks at a time on trail while working at an Outdoor Therapeutic Program, and I had a respectable base weight. But there were many mistakes I made in my planning/purchasing of gear that if I hadn’t made, would have allowed me the funds to complete my hike.

I walked over 64 miles of the Smokies in Waldies…. basically an off-brand Croc. While it makes for a cool story, it was anything but cool- it was awful. Like so many others, one of the biggest challenges I faced early on was finding the right shoes, and the right shoes are EVERYTHING. You can’t drive a car with flat tires, nor can you hike a 20-mile day on bloodied stumps of ground beef. I had been wearing the same brand and model of shoe for several years before taking on the AT, so I was sure I had this one figured out. Buying several pairs on sale prior to my hike seemed like a good way to save money…until my feet swelled and my arches flattened out, deeming the shoes worthless. 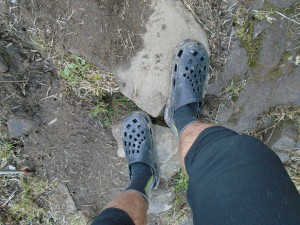 My feet grew from a size 12.5 to a size 14 in two weeks of hiking long days, and there were no outfitters between Neel’s Gap and Damascus that carried a size 14. I ended up buying two “larger” pairs of 13’s that worked for about a week before also being outgrown. I ultimately ended up hiking in Chaco sandals after being gifted a pair at Trail Days, which I’ve worn for nearly a decade and couldn’t outgrow. Your feet will change on a long hike- that is certain. Luckily, I was able to sell the unused shoes after getting off trail, but I would have been grateful to have had the extra $400 available to me when I needed it most.

2) Failing to go on shakedown hikes.

The 9oz Grand Trunk Nano hammock setup I bought before my hike is ultralight and fabulously comfortable. Who wouldn’t want a midday suspended relaxation while fellow hikers fidget and shuffle, trying to eat their snack sitting on a jagged log? It was day two or three when I realized thru hiking rarely affords things like leisurely lounging. When I got to Neel’s Gap, the hammock got sent home. So did my copy of Khalil Gibran’s “The Prophet” that I cut the hard covers off of to save weight. For a SOBO hike, that book may have been the only thing preserving my sanity, but hiking NOBO meant that if you were off reading in a quiet clearing, you were missing out on the experience. 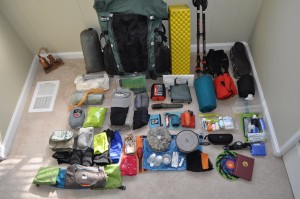 In fact, Mountain Crossings at Neel’s Gap sent home close to three tons of gear for 2015 thru hikers. Think about that for just a moment: nearly 6,000 pounds of gear got sent home after only 32 miles.  Here’s a simple rule: aside from first aid or rain gear, if you haven’t used it in three days? Send it home. Doing a few shakedown hikes before starting your voyage will also help give you a better idea of what what to leave behind.

3) Skimping on your shelter.

There’s an old maxim regarding backpacking: Gear can be 1) cheap, 2) lightweight or 3) durable. You get to pick two. Given that your choice of shelter dictates where you will be living for the next several months, this is the thing to splurge on. I started my hike with a two-pound Lightheart Gear SoLong 6 tent, which I decided after doing loads of research was the best shelter for my budget. I had my eyes on the ZPacks Solplex, but thought that the price tag was too much to justify. The SoLong 6 is a great shelter. It’s incredibly well designed, and more livable than many tents on the market. However, after six days of unrelenting rain without an opportunity to dry the tent out, the SoLong became too heavy, weighing close to four pounds.

I sent the tent home with a friend in Hiawassee and opted to use my 5.5oz cuben fiber tarp (which doesn’t hold water) and a Tyvek groundsheet for for 270 miles until Erwin, TN. Bugs were starting to become an issue at this point, so I ordered a Hexanet, also from ZPacks, which is basically a cuben fiber bathtub floor with an attached bugnet. It kind of worked, but since the Hexanet was designed for a mid-style tarp, it was difficult to set up with my flat tarp. 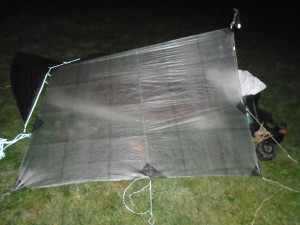 Tiny tarpin’ it at Max Patch

I have since sold the SoLong 6, as well as the Hexanet. You know what shelter I use now? That’s right- a ZPacks Solplex, which I would have had all along, for ultimately less money, had I thought things through a little better.

4) Not getting variety in your diet.

Thru-hiking food has been discussed to death, but nutrition plays a huge part in a thru-hiking experience. Food can be one of the biggest challenges when planning a long hike. While I was grateful that my previous job offered to help buy a lot of my food and help with my maildrops, it meant that I had to buy my food beforehand. Let this be know: you WILL get tired of eating the same things day after day. I bought 310 Snickers for my maildrops, as they were also on sale. Please forgive the following blasphemy, but I now hate Snickers. 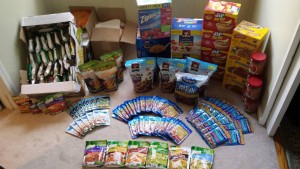 Your food presences will change, and eating the same food for months on end will become a chore. I can’t tell you how many packets of dry oatmeal I’ve poured into my mouth and chased with water. No matter where you are on the AT, you are probably within three or four days of a town. If you have someone sending your mail drops, buy only the food you need for the first couple of weeks. You’ll have a better idea of what works for you and can adjust your plans.

If you’re preparing your mail drops yourself, consider planning a couple hundred miles at a time. When you’re able to get into town to a good resupply, buy what you want and send your mail drops ahead from trail towns. This will also help you to better deal with the inevitable, insatiable hiker hunger that will begin battling for your soul in Virginia.

5) Buying top of the line for every piece of gear.

Every hiker is different. Just because something works for someone else doesn’t make it the right choice for you.

When I was planning, I kept seeing articles about how important it is to have a merino wool shirt, as if no one would hang out with me and my life would be incomplete without one. Buying into the hype, I waited for a sale and bought an Icebreaker Sonic Crew for $50. A few weeks into warmer temperatures, the shirt became too hot, and it took longer to dry than my synthetics. I sent the shirt home (which Icebreaker has since replaced after similar complaints), and wore a $7 cut-off shirt from Wal-Mart for the rest of my hike. That $50 could have gotten me better meals in town, or a motel room during a bad stretch. 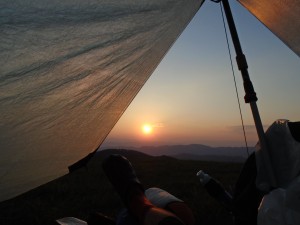 Planning for a long hike can become an obsession. There are plenty of gear lists and resources to provide guidance, but be sure to remain objective and use common sense. If you’re using a trash compactor bag to line your pack and help keep your things dry, you don’t need to spend $40 on a pack cover. Maybe you’ve got your eye on a titanium utensil. Save the $12 and use the spoon from your next McFlurry. Want to protect your tent floor? Use a piece of polycryo or Tyvek instead of buying the footprint from the manufacturer. Low on cash and need a stove? Make an alcohol stove out of an aluminum can or an old can of cat food. Get creative!

When buying gear for your hike, once you think you’ve found the perfect                 , wait a week or two and continue your research. Dig a little deeper. That item will likely have changed several times or you will have discovered that it’s altogether unnecessary. If the need arises for an additional piece of gear while on trail, there will be plenty of opportunity for you to acquire it. In fact, when you’re living in the flow of this magical experience, the trail will likely provide it for you. I have found EXACTLY what I needed in the next shelter or hiker box dozens of times, including sleeping pads, stoves, Oakley sunglasses, clothes, food, olive oil, sunscreen and other toiletries. If you have a need, the trail will provide. 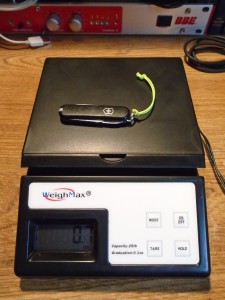 Shaving ounces will cost you Georges, but doesn’t have to break the bank

While dropping pack weight is important, it’s not worth $150 to get a new rain jacket that weighs 2 ounces less. In fact, I know a guy who used cheap disposable ponchos as rain gear for his hike- the three he bought cost him less than $6 total and worked just fine for him. Remember: all advice is relative to what will work best for you. Now go back to doing gear research. Because I know that’s what you were doing.

I've been a part of the Appalachian Trail community for over 13 years and have over 7,000 trail miles accumulated throughout my hiking career. In 2015 I attempted a thru-hike on the AT, making it just under 1,400 miles before running out of funds and returning home. Though I didn't reach my goal of Mt. Katahdin, I got exactly what I needed from the trip- the enlivenment, empowerment and sense of freedom and self realization that can only be gained by living out of a backpack in the woods for several months. In 2016 I started all over- back at Springer Mountain, with a bit more cash and a lot more wisdom. The seven months that followed were the most magical of my existence and taught me more about life than I could have ever imagined possible. I was successful in reaching Mt. Katahdin and in further developing wisdom that can only be gained by extended time in nature. My writings serve to share this wisdom and these experiences with you.