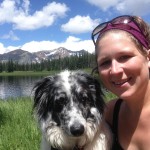 Headed into the woods for a few days? A few months? Forever? (i.e. Zombie Apocalypse prepping?) The MSR SweetWater Purifier Solution should be in your daypack, backpack, or emergency zombie-killing kit. This small 2 ounce bottle has been a constant in my packs (of all sorts; even purses sometimes) for the past three years. It’s lightweight, easily accessible and surprisingly tasty!

According to MSR specs, SweetWater treats up to 300 liters. In reality, I’ve found it’s treated at least that much. MSR instructs you to use 5 drops for a liter of water, but my husband and I treat water based on necessity.  If the spring is high up on a mountain where the likelihood of contamination is very low, we won’t treat the water at all (there is NOTHING like clear, fresh mountain water). If the chance of contamination seems moderate, we only treat with 3 or 4 drops, saving the full 5 drop treatment for super murky water, lakes or highly populated areas. In three years of vigorous camping, neither of us has had any issues. However, I don’t advocate this. If you’re worried, use all the drops!

About three years ago, my husband finally convinced me to drop (yep, I like puns) the Potable Aqua pills I’d been using and enter the world of SweetWater. He’d been using SweetWater for a while on our adventures, and, being excruciatingly stubborn, it took me at least a year to admit defeat. Now we’ve used SweetWater while backpacking around Falls Lake (a city-bound lake in North Carolina), on our 1700-mile AT hike last year, in the desert and all over western Colorado. It’s never failed us, and I’m well ensconced in the SweetWater faction.

The most apparent positive is the weight- a mere 2 ounces for weeks (or even months) of hydrated adventures. However, my favorite aspect of SweetWater is it’s accessibility. It fits perfectly in a hip pocket, and we don’t even have to take off our packs to treat our water! Hard to beat a packs-on break to fill up at that beautiful stream while your friends slog on by, because they have filters and can’t just whip their treatment out of their hip belts! Finally, the wait time is only 5 minutes! That, too, is hard to beat. If you camel-up for a long uphill at the base, you can be drinking within the first quarter mile slog!

There aren’t many cons to this little bottle of joy. It’s a little pricey ($15), but the price is worth all the conveniences and longevity. I don’t think there’s a taste normally while my husband thinks the taste changes a little; we both agree that SweetWater tastes like bleach as it starts to expire. This has been the only expiration issue- it has still appeared to treat our water despite expiring.

MSR sells the SweetWater as a supplement to its filter system, but we don’t bother with the filter (for weight and convenience). We just check our water sources carefully (i.e. don’t drink from muddy, still-standing puddles). On the AT and here in Colorado, this hasn’t been an issue. We had a small filtering issue on a three-day backpack in the desert in Utah (i.e. all the water was muddy, still-standing puddles), but we filtered with a bandanna and were fine. It’s worth noting that SweetWater itself contains the same active ingredient as bleach (sodium hypochlorite), which is why we didn’t bother with any additional treatment. 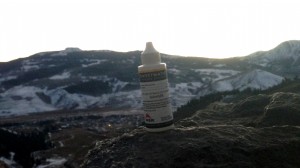 All in all, SweetWater has changed my view of water treatment. My first AT hike was in 2011 (500 miles from Springer to VA), and I took Aquamira tablets. These were portable, easily accessible, and gross. They also didn’t last as long as a bottle of SweetWater (likely equaling out the price discrepancy). I was never particularly happy with that treatment, but, as previously mentioned, I’m stubborn as a mule. Now, I look forward to treating my water. It’ll taste good even without extra flavor add-ins and I don’t have to wait for my water to be treated. I can skip blissfully into the sunset (rocks and tree roots, outta my way!), hydrated and carefree!