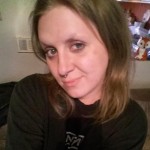 Getting Lost With People You Hate

note: This a pretty long account about getting lost while on a camping trip. Getting lost is a real fear of mine (as previously mentioned in my last post.)

A few years back, I went camping with several friends in Rampart Range. Rampart Range is an expansive mountain range outside of Colorado Springs. A place I venture quite often. With lots of hidden, established, camping spots.

some names have been changed to protect the innocently ignorant.

On this particular camping trip I went up with a good friend and great hiking buddy, Rob. A friend, we’ll call “Jane” and a stupid ex-boyfriend named “John.”  John was an ex that I recently re-connected with, he was newly divorced from a long marriage. His wife was the bread-winner of the family, while he sat in his closet smoking pot and being a whiny bitch. He finally acknowledged who he was and how he treated people, so I was willing to give him a second chance, as a friend.

We had an excellent, lazy, morning hanging around the camp. The weather was warm and everything was just dandy.  At the end of the night, we decided to go on a midnight hike, something Rob and I regularly partook in. We already had a few beers.

I had a backpack (to carry and throw away my beer in), my cigarettes and a flashlight. There was “somewhat-of-a-trail” that we wandered off of, onto a steep ridge. We stopped to indulge in some shots and beers. After an enjoyable break, we wandered back down the ridge, to find ourselves in a familiar territory- or so it seemed. We walked and walked. After sometime, someone suggested we try to go the other way. We walked and walked until someone suggested we go another way. At times, our surroundings would feel familiar. At other times, just ambiguous tress and hills.

Deep down, inside of me, I started to lose my cool. Worst-case-scenarios played through my mind. I thought, people die like this. Jane and John’s character didn’t help my morale either. Jane would walk up to me and say “John doesn’t want to follow Rob anymore.” John would mumble snarky remarks about following Rob.

Finally we ended up in a valley. Here, we would rest and collect ourselves. It was really dark, the moon was nowhere. There were no identifying constellations. I  said, “we’re lost“. We had no way to determine where we were or what direction we were going. Rob suggested we formulate a plan. My plan was to follow the rising sun- to me the only sure indication of direction. John insisted he knew what direction he was going, because he’s a Native American, (who’s never done anything with his sweet Indian skills.) I’d ask him, “how do you know which way- you think you’re going?”
“because I’m an Indian.”

Rob’s plan was to walk up ridges, because the roads and camping spots were located on the top of the ridge.

John still disagreed- claiming he knew where our camp was and no one would listen to him.

We began to make our way up a huge ridge, while John still in the valley. I went back to find out what the problem was. John sat there, on a rock saying, “I just want to die here. My wife left me and Jane wants to fuck Rob.” At this point I would have left him there… But he was the only person with a cell phone. I finally convinced him dying in the woods isn’t going to be that easy. I tried to assure John that Rob was not interested in sex. After a lot of drama and whiny-bull-shit, John followed.

-(for real, if he didn’t have the cell phone, I would have left his little bitch-ass there.)

We continued hiking up huge hills, my flashlight eventually gave out, we even ended soaking wet from walking through a bog. Finally, the sun began to reveal our black surroundings. We came to a prominent, rocky, bluff when Jane said, “Guyyys, I’m so tired- can we just take a nap?” I wasn’t going to stop, the sun was up. Rob wasn’t going to stop either. John was just sick of “following” Rob. I told her if she had to stay, STAY PUT. We told them we were heading East and we would return to this spot with water, food and her seizure medications.

Jane and John stayed on the bluff, Rob and I made our way up another ridge. After 20 minutes or so walking up to the ridge, we could see a fence and there was the road! We hugged each other and just stood there, basking in the glory of that beautiful, red, dirt, road. It took over an hour to walk back to camp. We packed water, food, medicine and drove back to the fence we entered from. Rob and I hiked back to the Rocky Bluff, to the exact spot we left them. They were not there.

John was so sure he knew where the camp was, he must have convinced Jane. So they could be anywhere by now and there was no way of knowing which way they went. Rob and I discussed what we had to do next. At this point, I didn’t think they would make it back. We set a deadline, if they weren’t back, we’d call Search and Rescue.

Our deadline was fast approaching. We packed our camps, picked up all the trash and left half of her medications and water in their tent- in case they did find the camp. Then traveled back into town, at least an hour drive through mountainous terrain (in a fucking Honda Civic, sports car…)

I called Jane’s dad. Possibly one of the most uncomfortable talks I’ve ever had to have. I explained everything and told him I would be calling Search and Rescue the moment I got off the phone. He knows how difficult his daughter can be. But I felt, at the moment, he hated me.

We all finally arrived back at camp where Search and Rescue was waiting with a truck and ATV. Search and Rescue are volunteers. This volunteer, volunteered his money, time, truck and ATV. He was glad everyone was okay. The rescuer told us the dept. tries to compile data on who people become lost and how they get to safety. He inquired how Jane and John found their way. Then Jane started with her bitch-attitude

“Honestly- I don’t want to talk about it, I just want to go home.”

John chimed in with his equally-rude-attitude

“we’re tired and don’t want to deal with this shit.”

I thanked the volunteer for his time. Jane and John’s behavior disgusted me. It took everything in my body to not back-hand them. After this whole ordeal, I hated both of them. We finally made it back to the camp site. John and Jane were packing their belongings, when Jane came to the car to complain about John more. I didn’t want to hear it, I was livid. I started to yell at her. Then in the middle of her sentence, retching, Jane falls to the ground, flopping around, having a seizure. John is just standing there, dumb-founded, blinking, staring at her with his stupid-face.

lesson:
Having the basics is where I feel I went wrong to begin with. I left with a backpack, beer and whiskey. I should’ve had water, an emergency flashlight, basic survival supplies, medicine and a compass. Wandering off a path, in the dark, inebriated, wasn’t the best idea either.  The biggest lesson I learned; was the company you hike(and/or)camp with can make(or)break your time. Dealing with constant drama and ignorance made an already difficult situation, way worse.

If they’re not desired company- don’t hike or camp with them!

Howdy! My name is K8, I'm a tattoo artist hailing from the Great Rocky Mountains! I'll be walking across Colorado on the CDT and hopefully visiting all the lovely breweries Colorado has to offer. I have never been on a multi-day hike. Should be interesting.