The popular thru-hiking navigation company Guthook Guides announced today that it has rebranded as FarOut. The change reflects “the company’s current business model and plans for future growth,” according to a press release.

The company’s Guthook and Bikepacking Guides apps will now be consolidated in the FarOut app.

“Now that we’re expanding our community to our other favorite activities like bikepacking and paddling, we decided it was time to change the app’s trail name,” said Ryan ‘Guthook’ Linn, Co-Founder of FarOut. “The app, though, that will stay the same. So don’t worry, new name, same team behind the app.”

Linn co-founded Guthook Guides with fellow PCT thru-hiker Paul Bodnar in 2012. The app originally offered a single trail guide–the Pacific Crest Trail—but has since grown to include over 100 hiking, biking, and paddling routes across the world.

The app combines the familiar elements of a paper guidebook with GPS and user-generated comments on waypoints. Although some worry that FarOut’s user-friendly interface makes hikers too reliant on their phones, it’s virtually ubiquitous among smartphone-wielding hikers.

The company has a new website, www.faroutguides.com, and is now offering a web version of the app so that users can peruse their guides via an internet browser on a computer or tablet.

Other than the new logo and name, the FarOut app appears largely the same as it did before the rebrand. FarOut emphasizes that while the appearance and some features are changing, the guides and the team behind them remain unchanged. “Ryan ‘Guthook’ Linn still works here,” the company stresses on its website, “and he is happy to have his trail name back!” 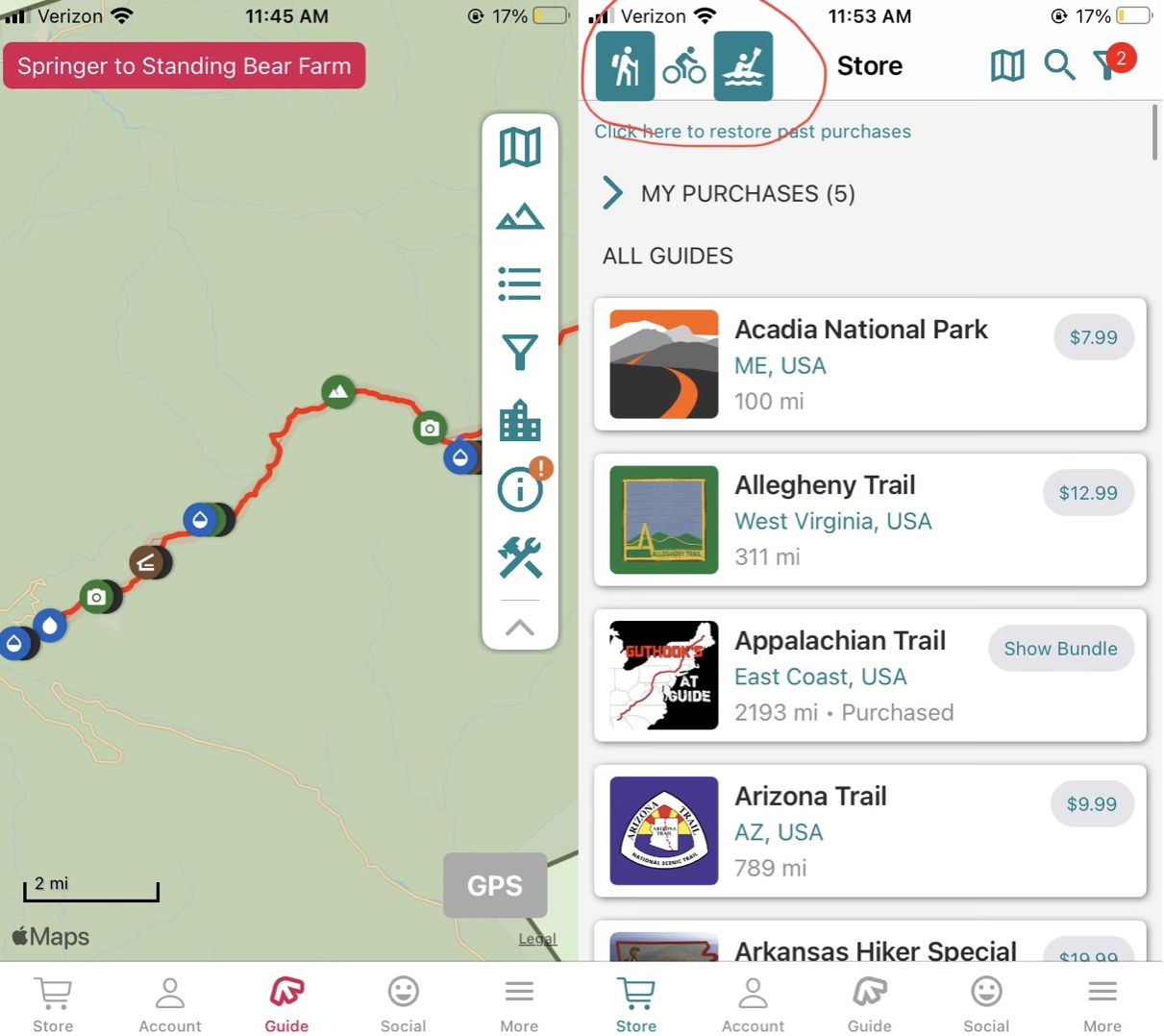 The app will remain functionally the same other than the new name, logo, and color scheme (left). Users can now filter hiking, biking, and paddling routes in the “Store” tab (right). And yes, I know I need to charge my phone.

Users will still have access to all their original Guthook purchases, and waypoint comments have carried over from the old version. When shopping for new guides, users will also now have the option to filter hiking, biking, and paddling guides.

Guthook users can get the new version by updating the app on their smartphones. They shouldn’t need to log in again after the update.

“We are excited about this transition, and I’m proud of our talented and hard-working team who made it happen,” said Paul Bodnar, CEO and Co-Founder of FarOut. “And stay tuned, because we are working on some new features that we think our customers will love.”