Here’s How Trails Have Become Important Boosters for Local Economies

Sustained by more than half a century of vigorous growth, outdoor recreation has become one of the largest economic sectors of the American economy.

Hiking, biking, hunting and fishing, water sports, and other outdoor activities now generate $887 billion in consumer spending annually, according to a 2017 report by the Outdoor Industry Association. That makes outdoor recreation the fourth largest category, behind only hospital care, outpatient health care, and financial services and insurance, and ahead of such heavy hitters as pharmaceuticals, oil and gas, motor-vehicle sales, and education. 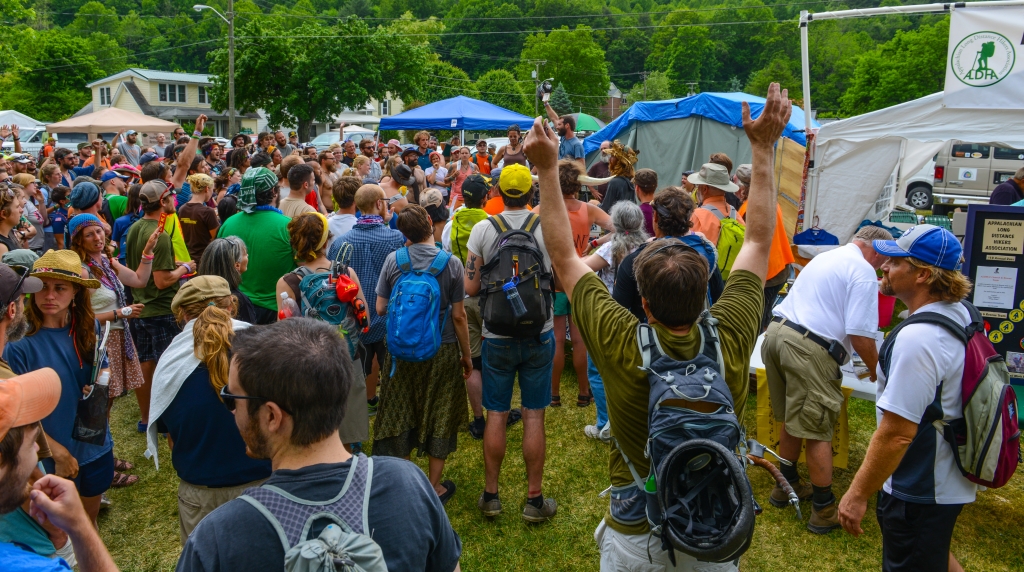 Hikers gather for Trail Days in Damascus, Virginia, a small town whose economy is heavily dependent on outdoor recreation. visitdamascus.org

What’s more, according to the OIA, the industry accounts for some 7.6 million jobs—more than computer tech, construction, finance, insurance, and transportation, among other categories. And taxes generated by the industry support annual wages for an estimated 1.3 million firefighters, 1.1 million police officers, 1.1 million librarians, 1.1 million nurses, and 920,000 high-school teachers.

“The United States is globally recognized as the leader in outdoor recreation,” according to the OIA. “As a multi-dimensional economic sector, outdoor recreation fuels employment in other sectors, such as manufacturing, finance, retail, transportation, food service, tourism, travel and more.”

Trails can not only take credit for a good portion of that impact, but also for other benefits to society. A National Association of Homebuilders report found, for example, that having a trail nearby is the second-most cited community amenity by prospective home buyers, and “trail availability” outranked all other options, including golf, ballfields, security and access to shopping. Numerous studies have found that having trails nearby increases property values.

We owe the fact that we stay afloat as a community because of the AT.

“The outdoor recreation industry is built on trails, making trails an important economic driver,” according to American Trails.

Hiking and backpacking lag behind boating, hunting and fishing, equestrian activities, snow sports, and recreational motor sports, but their economic impact is still considerable. According to the US Bureau of Economic Analysis, climbing, hiking, and tent camping accounted for more than $6 billion in economic impact in 2017, an 8.4 percent increase over 2012. 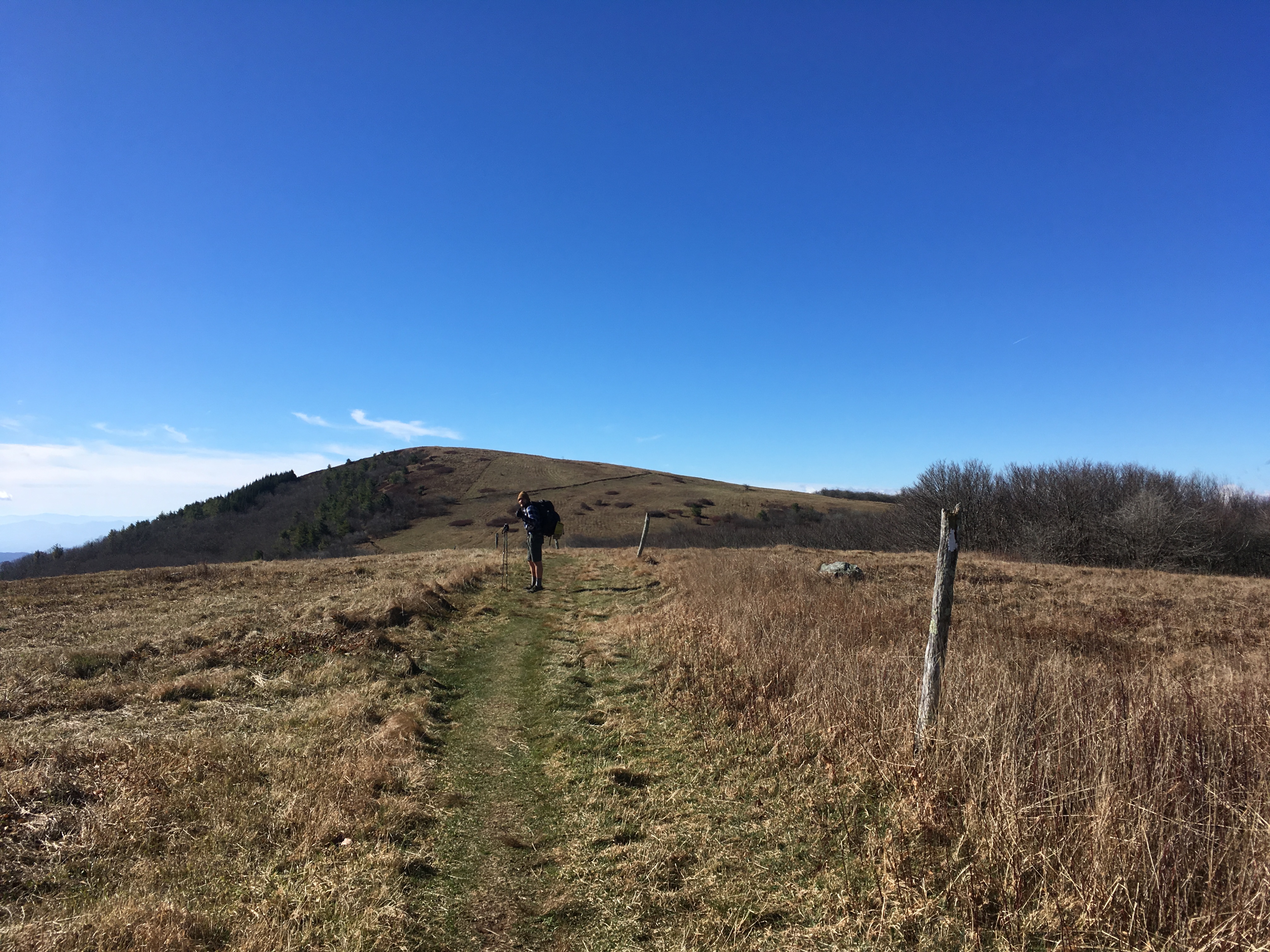 But figuring out exactly how much of the impact can be attributed to long-distance trails is, as they say, complicated. And pricey.

“The big picture is incredibly complex and, yes, expensive,” says Julie Judkins, director of education and outreach for the Appalachian Trail Conservancy. “The number of entities and access points for long-distance trails it makes it very challenging to figure out.”

A 2011 “Appalachian National Scenic Trail Pilot Survey” conducted by the US Forest Service and intended to “develop a prototype survey design” to estimate accurate visitor numbers on “long, linear trails,” for example, took many years and tens of thousands of dollars to complete. 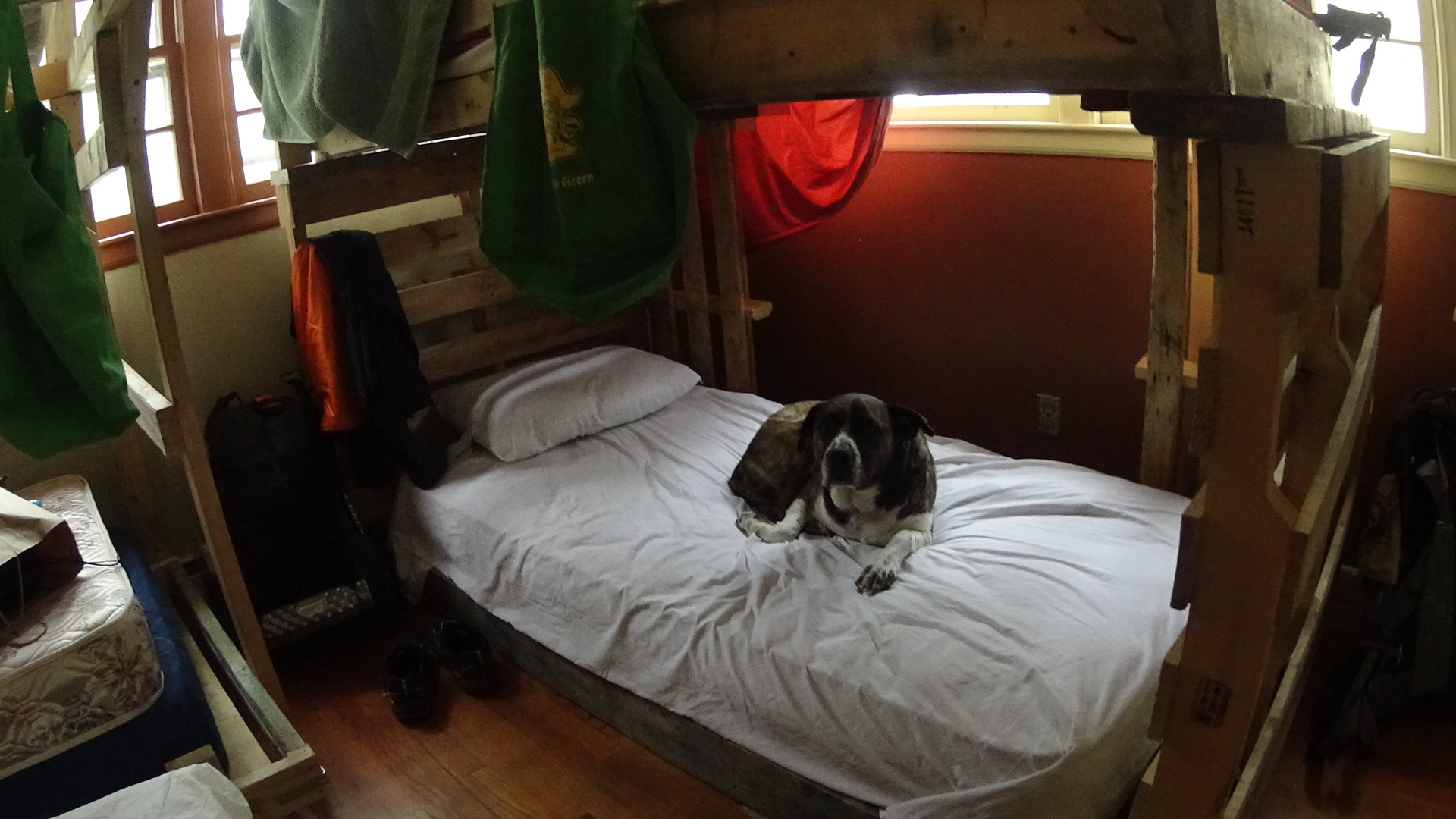 One of the resident dogs keeps a bunk warm at Gooder Grove Adventure Hostel in Franklin, North Carolina. Photo via Ben Moster.

The average person on a multiday trail hike “spends $30 to $100 when they stop in trail towns, at restaurants, on equipment, at hotels, motels, or hostels,” says Taylor Goodrich, communications and media specialist for American Trails, a nonprofit organization working on behalf of trail interests and users.

“We don’t want to look at hikers and only see dollar signs. But at the same time, it really helps for town and county officials to see how valuable it is to have them coming into the community,” says Colin Gooder, owner of Gooder Grove Adventure Hostel in Franklin and a member of the local trail council.

“Often, we are now talking a little bit less about economic impacts, per se, and thinking more broadly in terms of developing active-living lifestyles and rejuvenating communities. Businesses move in, and active, younger people want to move where there is outdoor recreation,” he says. “That results in large savings in health-care costs in the community. … There’s almost nothing any community can do that gives better dollar-for-dollar bang for the buck than putting trails in, especially connected trails systems.”

Business owners in trail towns enthusiastically concur with data showing that long-trail hikers have a positive impact on their communities: 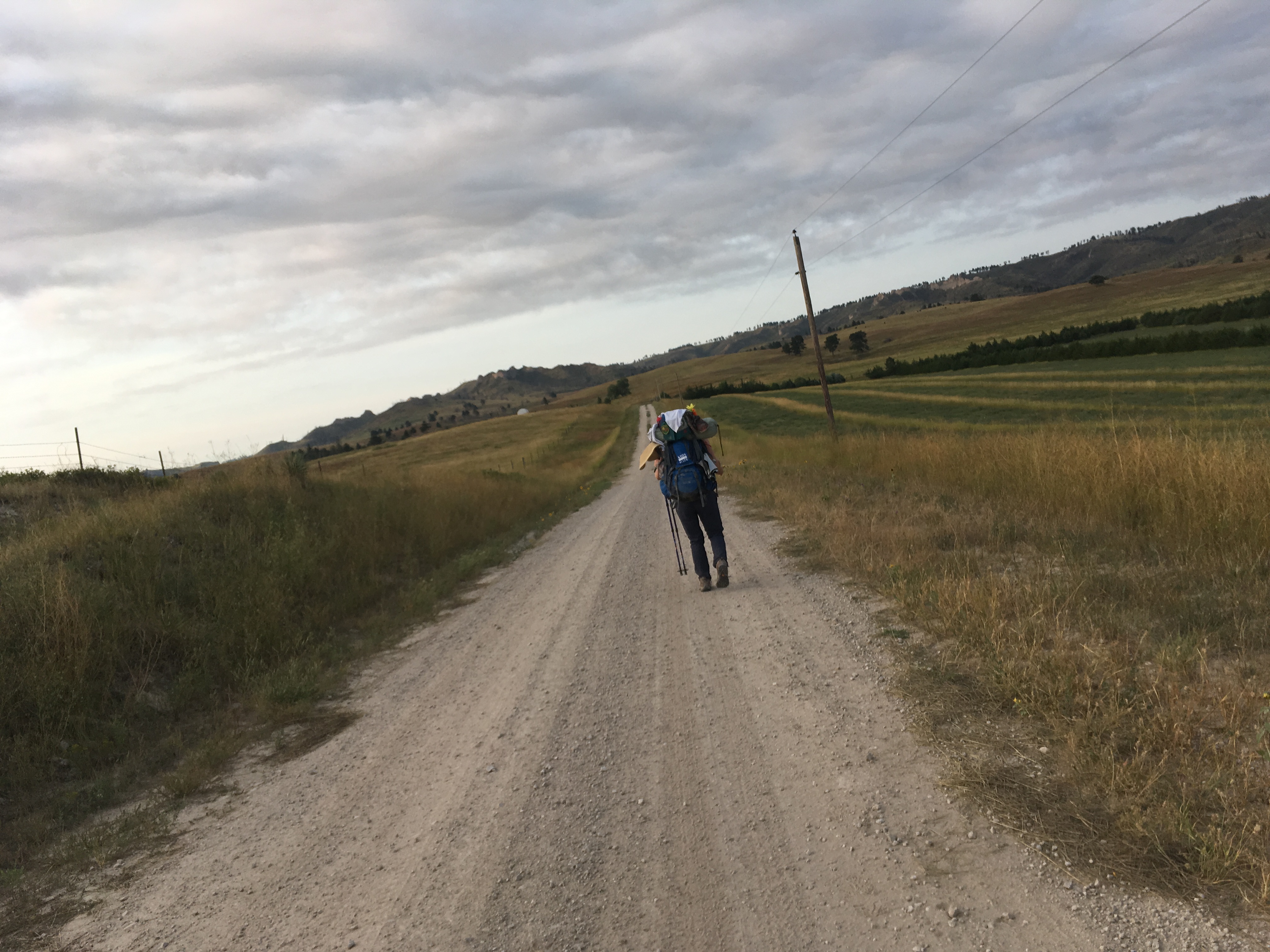 A 2019 Continental Divide Trail Coalition survey of 200 small-business owners along the trail found that 97 percent “believe that protecting, promoting and enhancing public lands is important to the well-being of their community’s economy,” while 88 percent “have seen growth in business in their community in the past five years due to use of the CDT” and 58 percent say the CDT has directly contributed to growth in their businesses.

“These are not just the traditional players you think of, hostels, coffee shops, telling us that public lands are important to their business,” says Amanda Wheelock, policy and communications manager for the CDTC. “It’s also hardware stores, people who do tax preparation. … Trail users are probably not getting their taxes done on trail, but business owners still see the impact.”

The benefits, of course, are mutual.

“PCT trail towns are… a necessary resource for long-distance hikers who require resupply, rest, medical care, and more during their journeys,” says Scott Wilkinson, director of communications and marketing for the Pacific Crest Trail Association. “(And) trail users spend money in restaurants, for hotel rooms, in grocery stores, and pharmacies and to replace worn-out gear in retail store and outfitters.”

Of course, with any influx of people, there are bound to be complaints. But there are fewer than might be expected.

“With between 2 and 4 million hikers using the (AT) every year, I would say the amount of complaints around hiker behavior in communities is low,” says Judkins of the ATC. “It’s probably smaller in terms of complaints than if you were to compare it to behavior patterns within the same demographic in a city of 2 to 4 million people.”

For the most part, trail towns seem to embrace hikers, malodorous and bedraggled as they may be when they arrive.

“I hear from guests that they feel welcome, that this is a friendly town,” says Jeff Taussig, owner of Green Mountain House hostel in Manchester, Vermont. “Almost before they stick their thumb out for a hitch someone pulls over and offers them a ride in and out of town. And by and large, most everyone wants to hear their hiker story.”

Taussig believes that Manchester may benefit from its location, when it comes to hiker behavior. 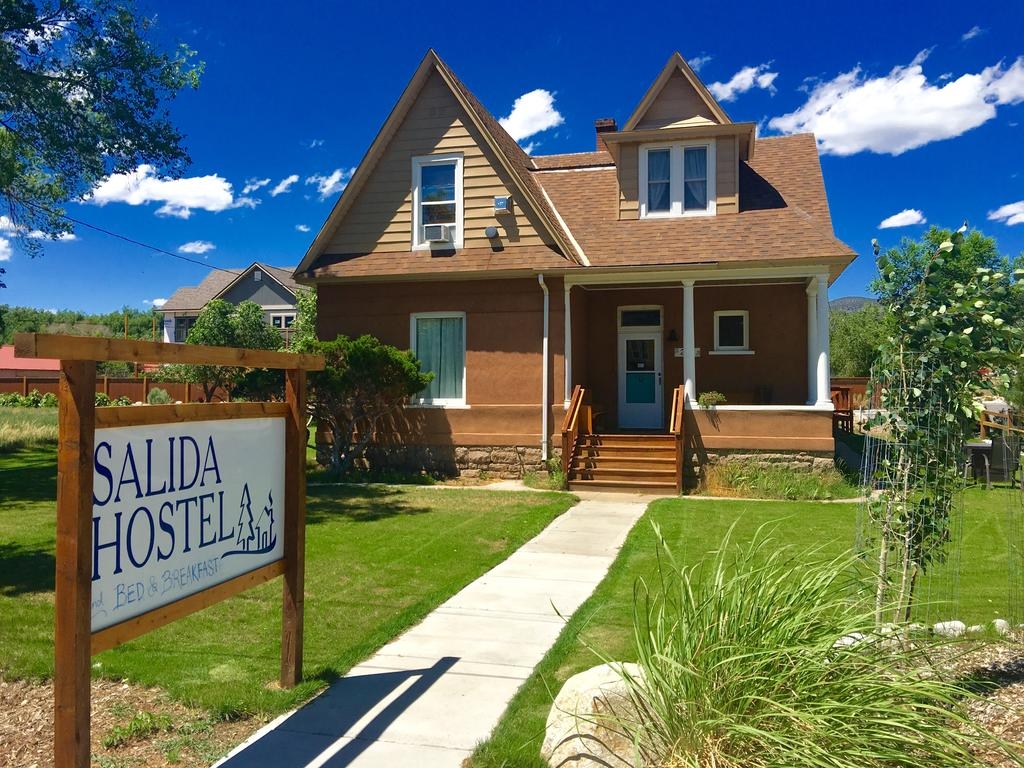 “Being three-quarters of the way on a journey from Springer Mountain to Katahdin, by that time, I think most of the partiers and people who are not serious about hiking are gone,” he says. “As a result, we have very few problems with people being drunk or out of line.”

Karen Karnuta, who hiked the AT in 1984 and opened the Salida Hostel in Salida, Colorado, just a few miles from the Colorado Trail and CDT, in 2015, agrees that long-distance hikers are a significant net positive for trail communities.

“There is a lot of support here for trail hikers. I’ve never heard anything bad about them. People are very happy to give them rides, the hotels cater to them,” she says, noting that her hostel served some 150 hikers in 2019, a more than sevenfold increase from her first season.

If Karnuta has a slight concern, it’s that the increasing popularity of long-trail hiking and navigation apps such as Guthook may be drawing less-mature hikers to the CDT and Salida.

“So many are very young, and this is their first thru-hike. They’re not as good as guests; they’re more likely to eat all the muffins!” she says, laughing. “Even Colorado Trail hikers, by the time they’ve walked 250 miles to get here, know how to behave. I’m seeing CDT hikers who have walked a lot farther but still don’t know how to behave.”

In an effort to facilitate communities’ understanding of hikers, hiking and trail culture, and vice versa, trail organizations have created partnership programs. The ATC has more than 40 members in its Appalachian Trail Community Program and the CDTC has 16 designated “gateway communities.” The PCTA recently designated Mount Shasta, California, as its first PCT Trail Town. 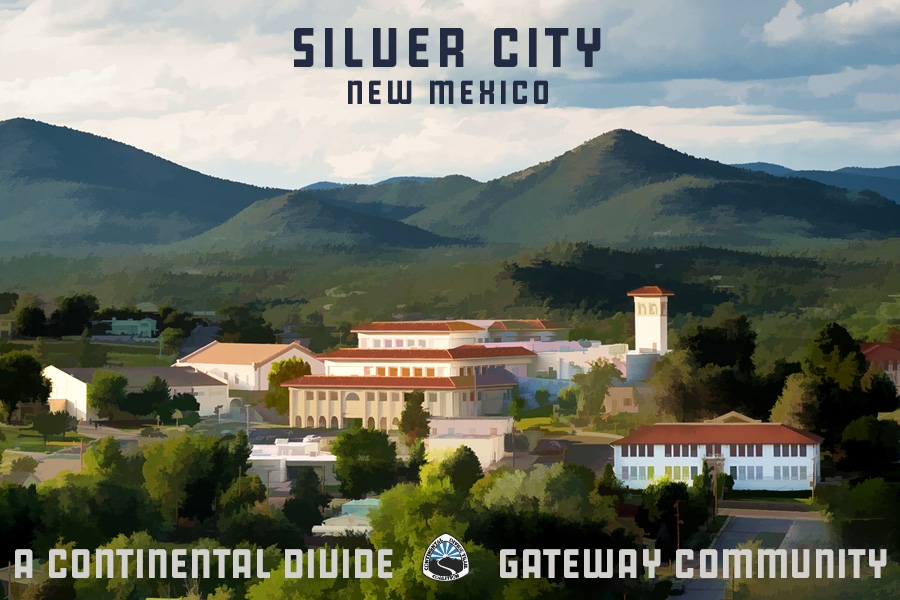 Such partnerships provide avenues of communication that benefit both hikers and trail communities, Judkins says, reducing the likelihood of friction and alerting the ATC to looming issues. “Where there is a lot of activity and interaction with trail managers in communities, there are better perceptions and beliefs, better knowledge, and better stewardship.”