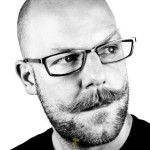 Hiker Intro: Meet Bananamasher – the Photographer Tackling the Whites and the Long Trail

I’m Matt aka Bananamasher. The name comes from the fact that I often misplace bananas in my sack and find them once they are all mushed up. I have since moved on to dried banana chips. I’m a photographer and micro-explorer based out of Boston who beertends at a local rock’n’roll brewery, Bone Up Brewing Company, just north of the city.

When I’m not at the brewery or hiking, you can usually find me at music venues snapping away at the bands performing. This year, I am thru-hiking the 100-mile Midstate Trail in Massachusetts in the spring and then the mighty Long Trail in Vermont this autumn. In between, I hope to complete the NH48 including the Pemi Loop.

Growing up and living in a city does not leave you with many places to seek solitude in nature. Sure there are wonderful reservations, arboretums, small parks, and even a few garden cemeteries around, but more often than not, there are people in close proximity. Several years ago I began strolling around in the Middlesex Fells Reservation, one of the larger patches of woods near me. I have since walked along almost every path and climbed a few smaller mountains with friends such as Greylock in Massachusetts and Monadnock in New Hampshire.

Seeking more of an adventure with a desire for a more profound experience, I decided to go on my first solo trek – to summit Mount Mansfield, the highest point in Vermont. Coming around the bend and seeing the summit through the clouds took my breath away. I was hooked. I guess you could say it was all downhill from there. 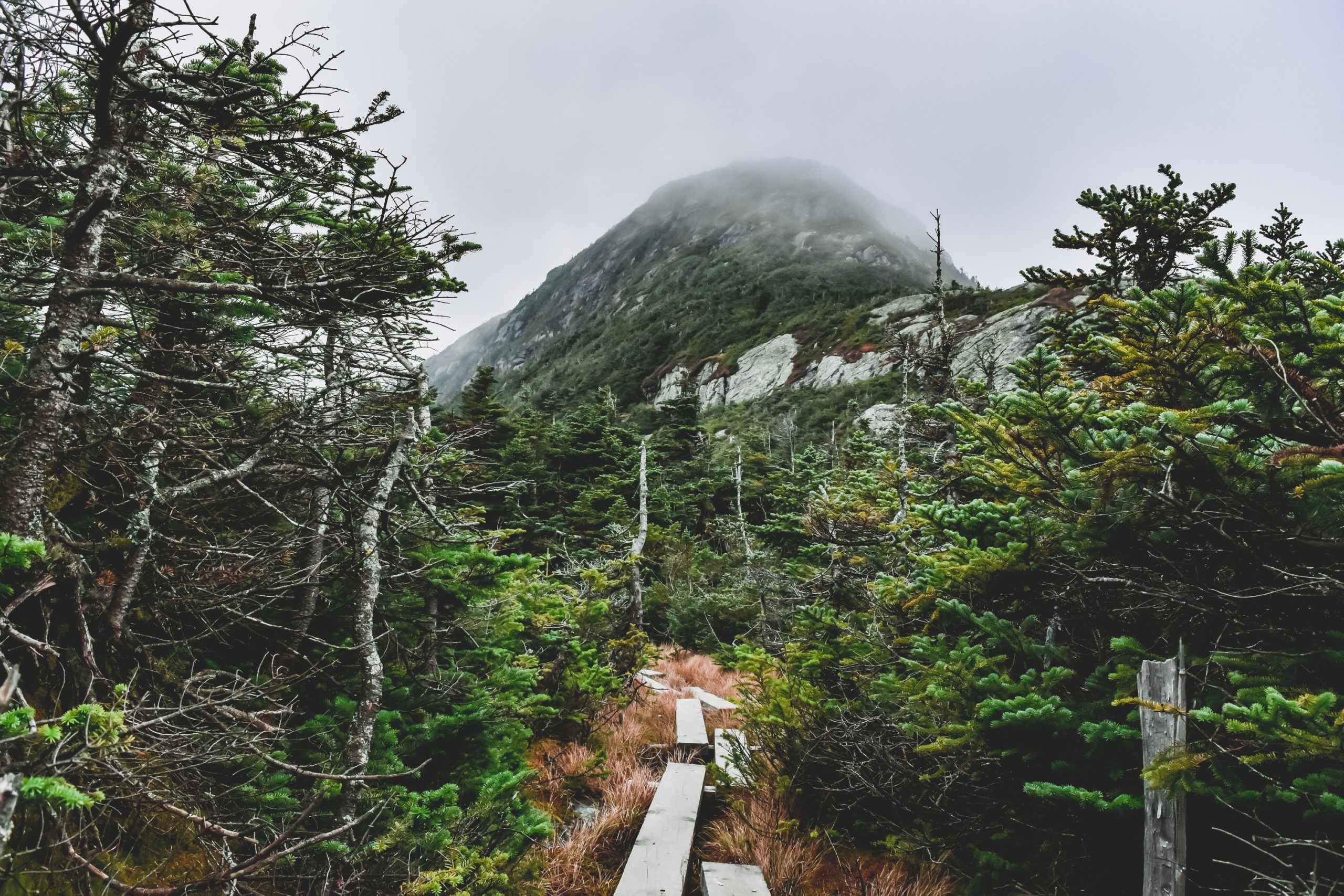 The summit of Mount Mansfield hidden in the mist. (2016)

Upon my return home, I started looking at the White Mountains in New Hampshire and discovered all the challenges you can do and figured I’d start where most others begin, with hiking all forty-eight of the 4,000+ foot mountains (the NH48). Soon day trips turned into over-nighters as I bagged peak after peak. Considering I was hopping around different regions of the national forest and not repeating any trails, I noticed my mileage was adding up and decided to mix in doing the guidebook tracing challenge. This way I can plan trails accordingly to maximize gains and avoid repeats.

At the time of this posting, the guidebook tracing (formally dubbed redlining) goes by the 30th edition of the White Mountain Guide and consists of 1,454 miles of trail. Currently, I have 19 summits and roughly 90% of trails remaining. Doing the Presidential Traverse last year was a huge pickup, though hiking Kinsman Ridge was a bit more fun. Then again, I was in soggy clouds for more than half of the way doing the Presi’s.

With my interest in backcountry hiking and camping steadily increasing I began to plan various adventures in the White Mountains, this led me to discover smaller long trails near and far like the Long Trail, John Muir Trail, and the Finger Lakes Trail. With photography in mind, I am always seeking majestic scenes and strive to find locations less “popular” to cover. Hiking just makes sense in this regard. I can walk through meadows lined with flowers, scale slabs of rock to reach a bird’s eye view, take a spur trail to a cliff to spot foliage, and even swim next to a waterfall.

A lot of photographers only show you that special scene they sought and planned after, but not too much of the path there or the adventure thereof. My goal is to document the experience from start to end and all the bits, pieces, and highlights along the way. 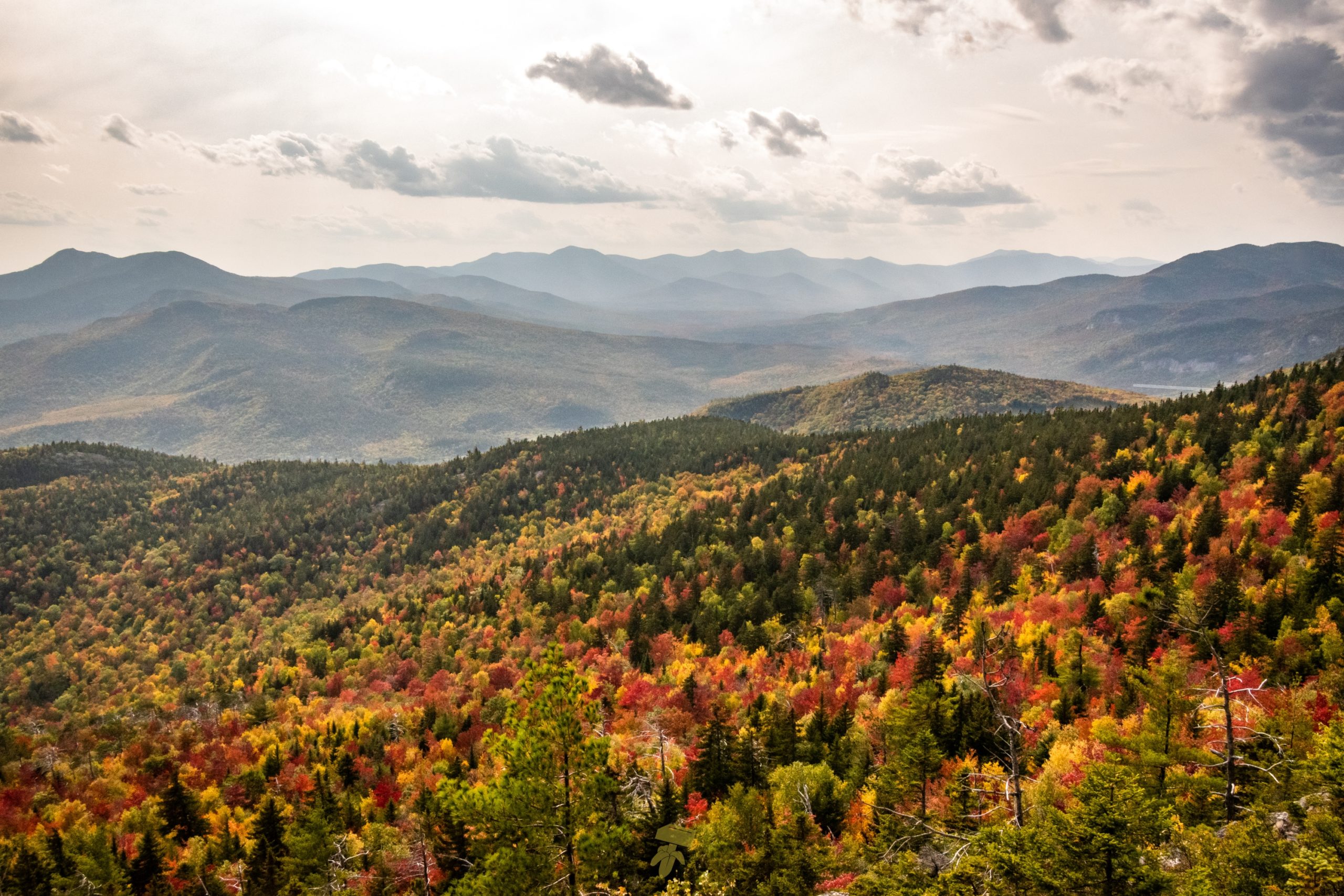 My favorite cereal to eat in the White Mountains, Fruity Pebbles! (2020)

Known for being the oldest and one of the most rugged trails in the United States, The Long Trail demands respect. I will be going the more traditional NoBo route starting my trek in North Adams, Massachusetts and ending at the Canadian border. With more than ~65,000′ elevation gain over 273 miles, it’s not an easy hike going from one terminus to the other, and once it splits from the Appalachian Trail it becomes even more strenuous as you head north, but the challenge has it’s payoffs.

Did you know Vermont has a stellar beer scene? Some of my days off-trail and resupply points are based on where the breweries are. I’ll be making stops at Lawson’s Finest Liquids, The Alchemist, and of course Long Trail Brewing Company. 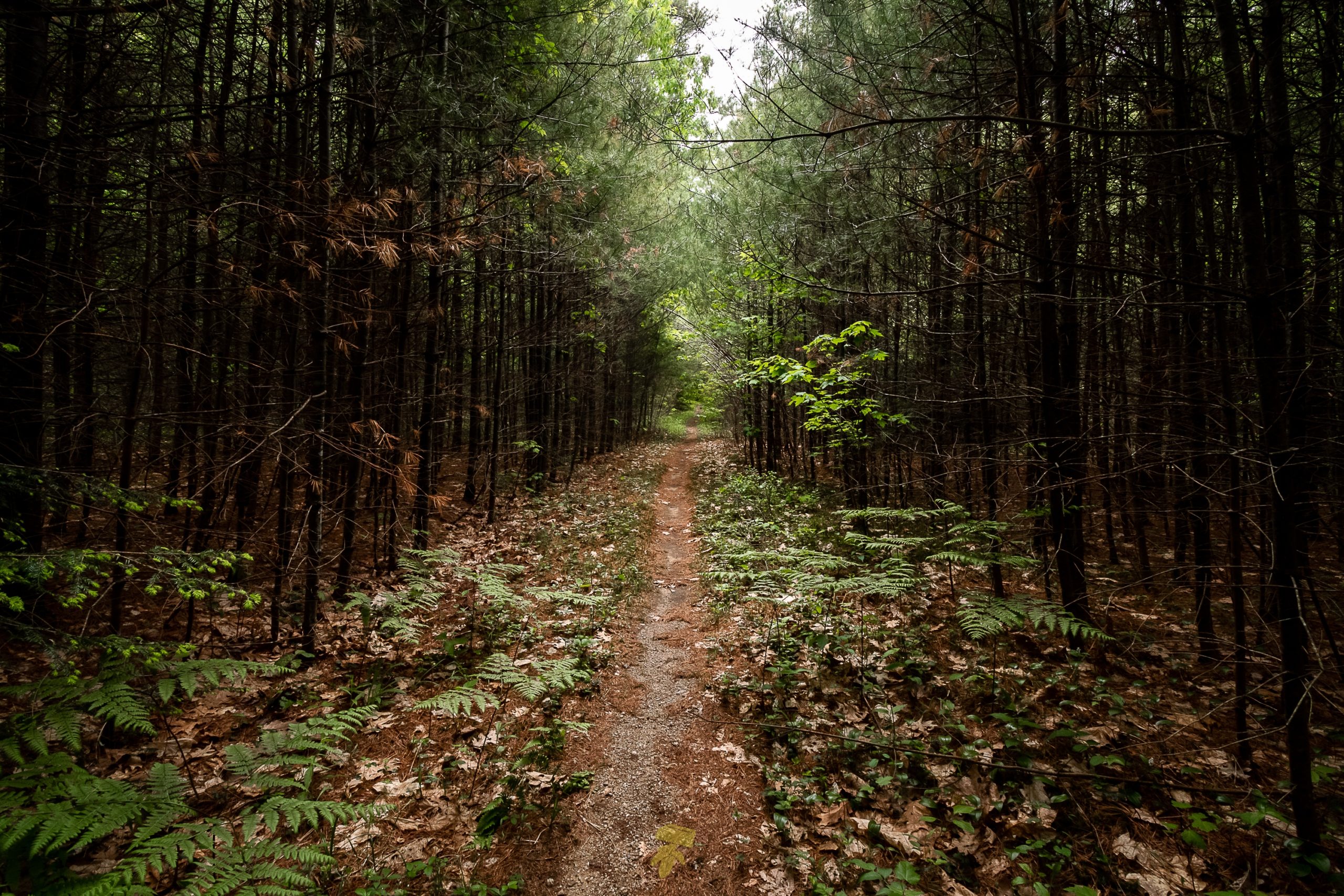 The afternoon glow being taken over by storm clouds along the Midstate Trail. (2021)

In preparation for the Long Trail I will be doing a few shakedown hikes including the Skyline Trail in Massachusetts, the Pemigewasset Loop in New Hampshire, and hopefully the Cranberry Lake Loop in New York, with the first being the Midstate Trail this May. The 92-mile footpath cuts the state of Massachusetts in half through fourteen towns from the New Hampshire border to the Rhode Island border. The trail passes through local parks, state forests, wildlife management areas, private (mostly farm) land with permission, and even a federal flood control project maintained by the U.S. Army Corps of Engineers.

It’s a fairly unknown trail and not really setup for thru-hikes as the established shelters can be few and far between, the longest stretch would be a 30+ mile day. I’ll go more into detail about the Midstate Trail in my next post as well as talk about the gear that I am bringing.