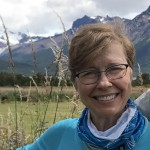 “I knew something was cooking down in the basement!”  Such was the explosive reaction of the hubby of an aspiring A.T. hiker, as his suspicions were confirmed about her scorching relationship with her glamorous new food dehydrator. 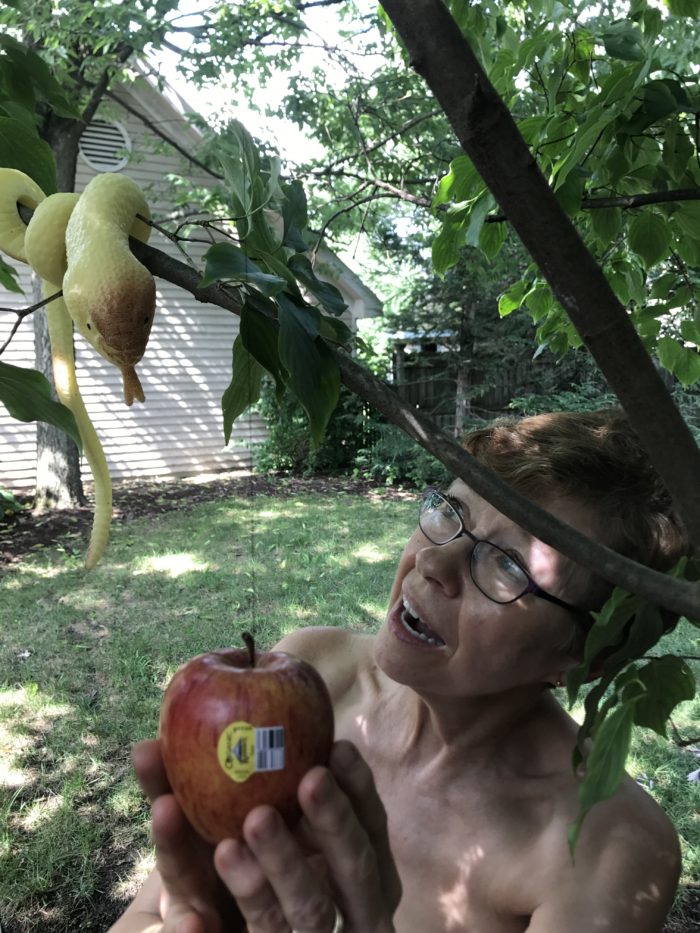 It all began in the garden, according to a neighbor who wished to remain anonymous.   Ruth was seen in their back yard some months ago cozying up to a smooth-talking serpent. According to this source, it was obvious that the shameless hiker fell for the old line, “Go ahead and eat it, everything will be fine.” 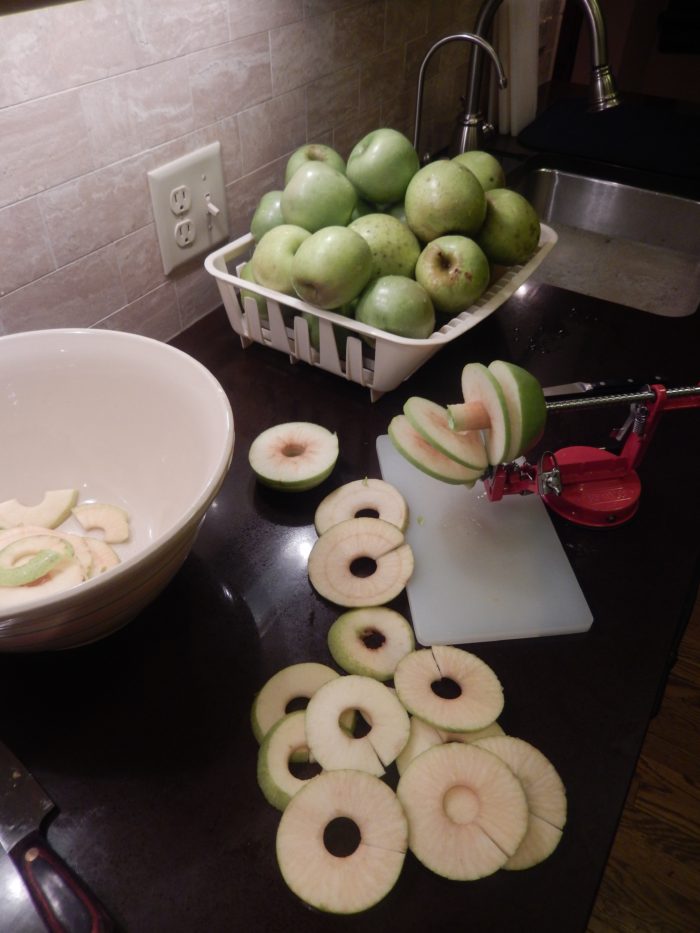 This is when life in the happy suburban household quickly took a downturn.  A slew of apples continuously appeared in the kitchen, as the hoodwinked hiker obsessively sliced one piece of the forbidden fruit after another. Repeated mysterious trips down into the netherlands of the house then followed. 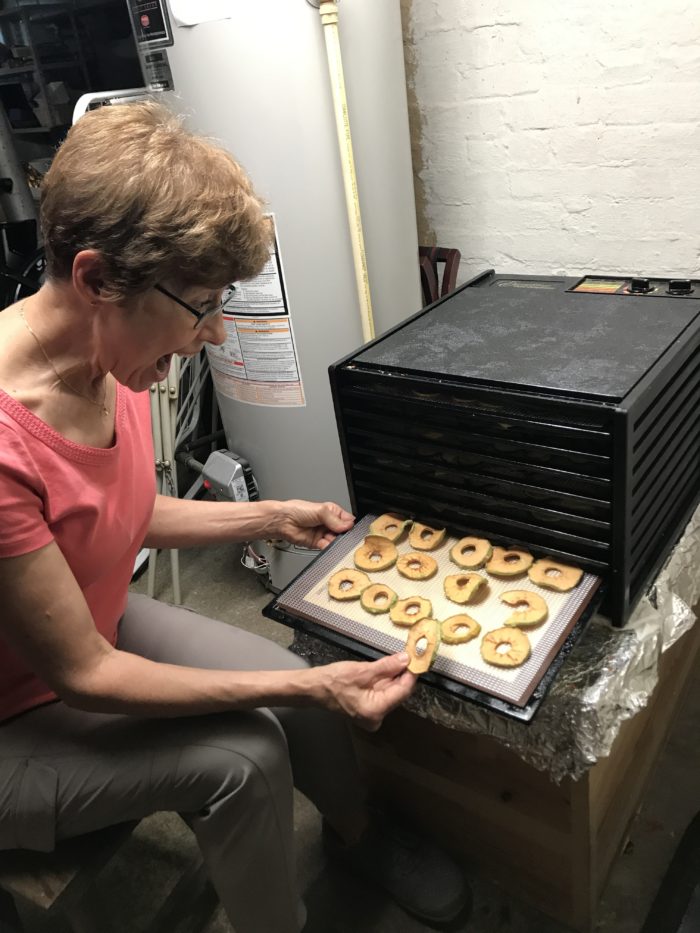 And what happened down there?  As reported by another source whose basement window just happens to look right into this love den, things got hot quickly.  This backsliding backpacker demanded services of her new, top-of-the-line dehydrator day and night, as it churned out crispy apple rings that she could devour during later months.  Apple rings so perfect, in fact, that any allegiance to that gold ring on her left hand was quickly forgotten.  All her attention was focused on the machine in the basement that met all her needs.  Her poor mate upstairs was on his own. 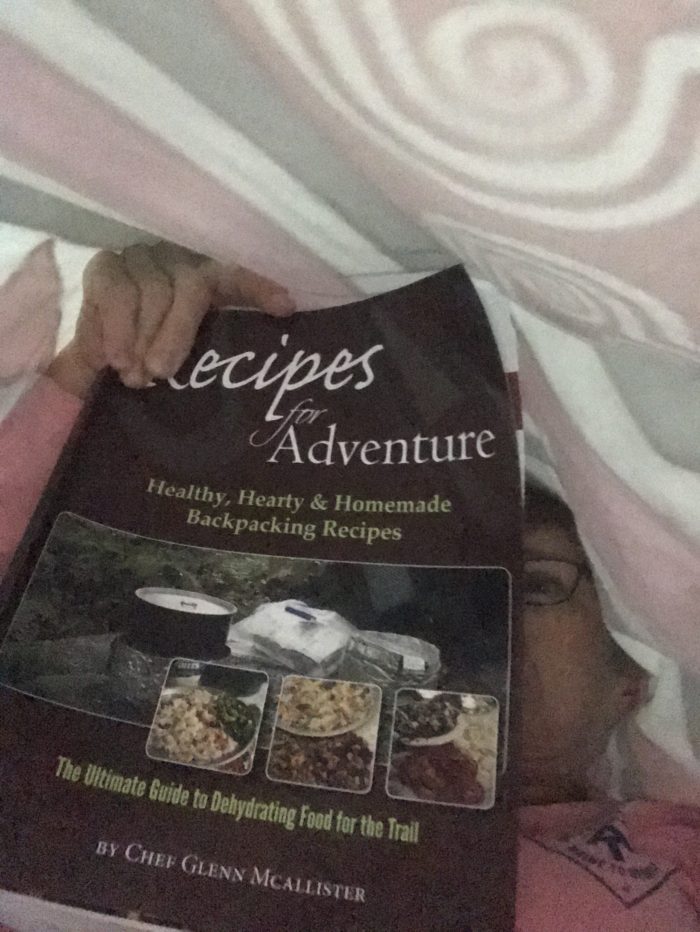 Things only escalated after that.  The traitorous trollop’s late night reading material quickly switched to instructive manuals about getting the most out of your dehydrator. 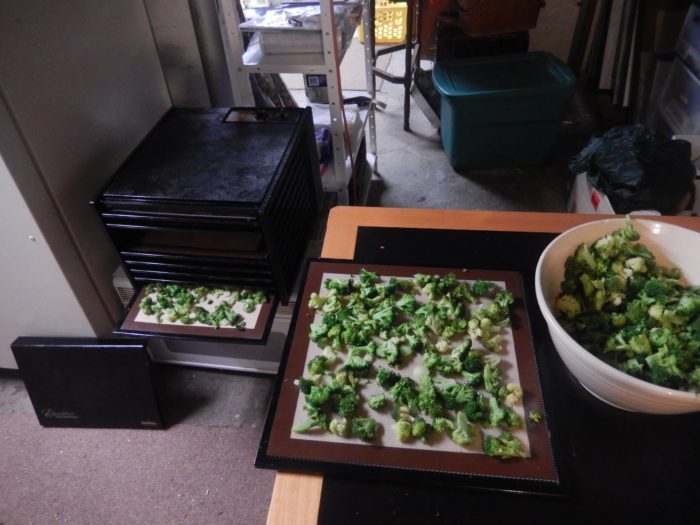 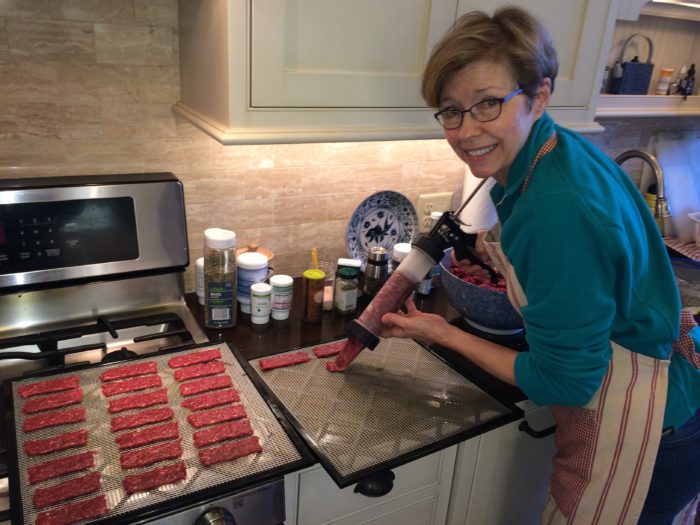 Nothing was off limits now.  The magnificent machine’s trays received every kind of food imaginable:  vegetables, fruits, meat jerkies, granola, complete spaghetti dinners.  All to satisfy the insatiable desires of the hungry hiker.

“Her husband understands her desire to eat healthfully when thru-hiking the A.T.,” says a source, “but his friends keep telling him that this obsession has gone way beyond healthy.  Isn’t it obvious, considering the fact that they have had to buy two deep freezers just to hold the fruits of her love of dehydrating?  It’s costing him a fortune to keep her satisfied.” 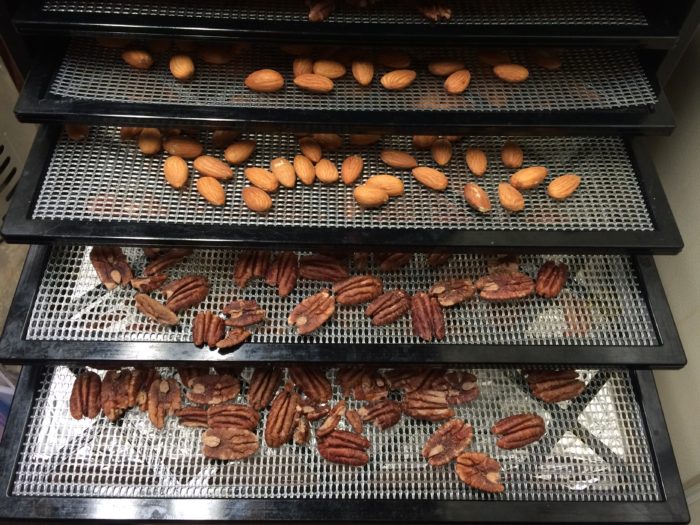 It was when her goodhearted guy left town for a week, selflessly aiding the poor, that this deceitful Delilah went nuts with her machine.  24/7 was the new rule of the game. The backpacker gave the machine no rest. 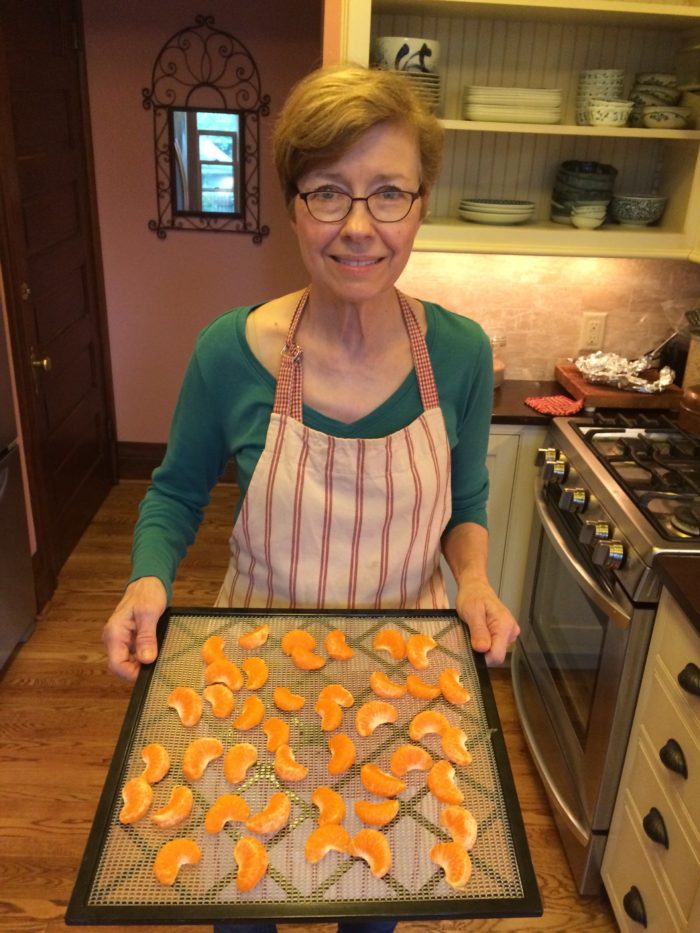 Oh sure, when slinking up from the bunkers down below, this cook appeared to those in her bucolic burb to be the normal happy housewife. 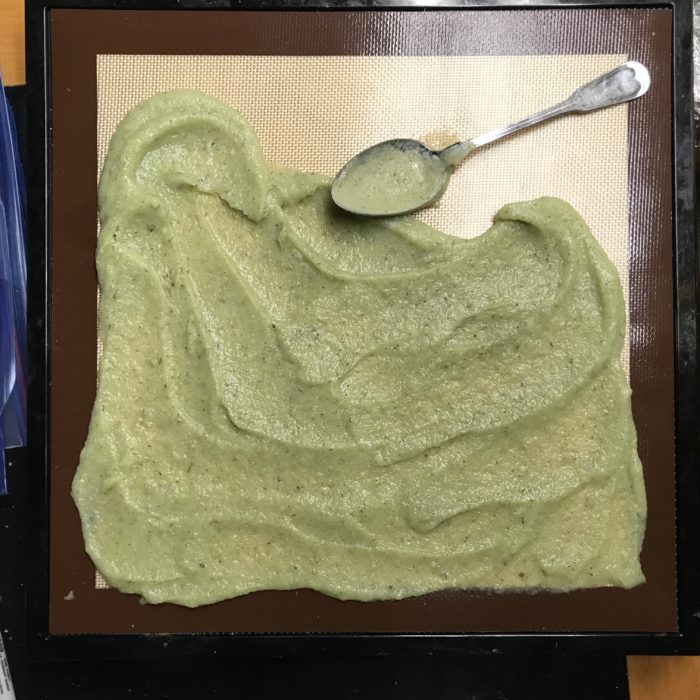 But things could get ugly down in the cellar.  Best not to ask. 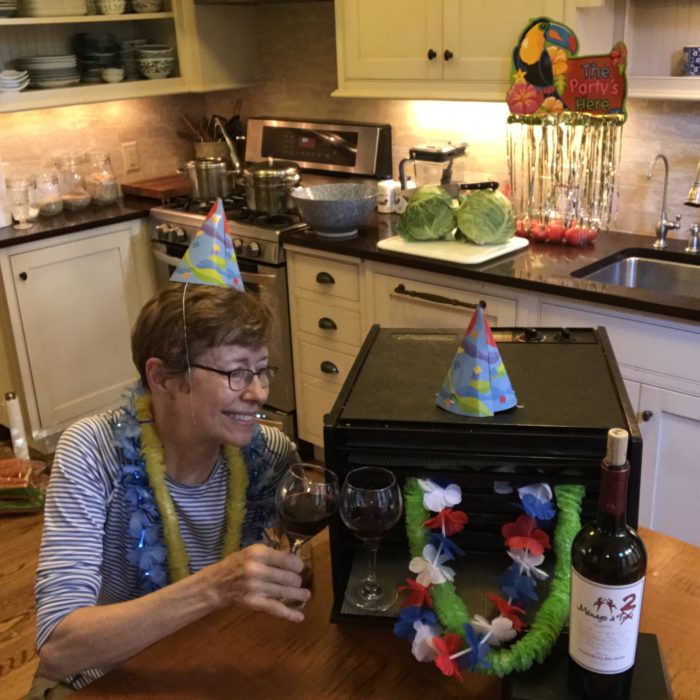 Buried in the mass of photos stored in the expensive iPhone that her selfless spouse had recently bought her?  A selfie showing that the party had moved upstairs during said spouse’s absence.  Things were getting out of hand. 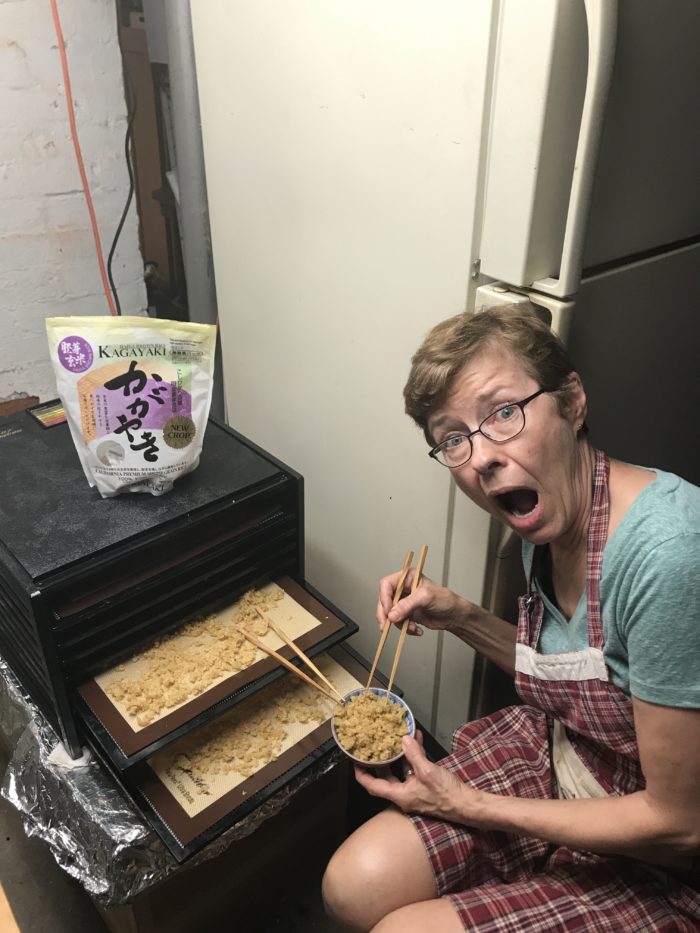 The hapless hubby’s unannounced early return from his magnanimous mission caught his darling by surprise.  According to alert acquaintances who happened to be looking in a window, sparks apparently flew as he discovered his wife sharing a midnight repast of dehydrated rice with her accommodating appliance. 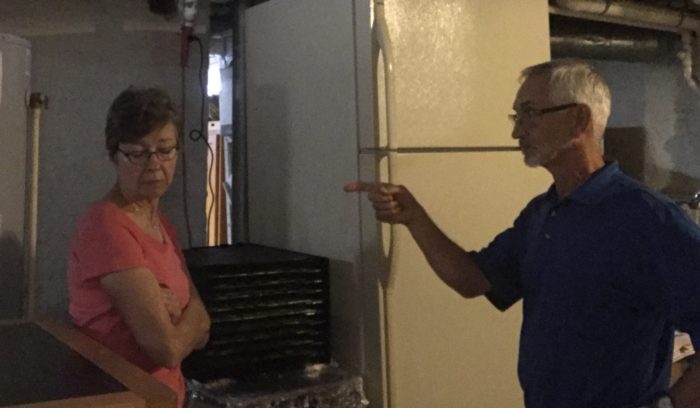 Finally realizing the error of her ways, the damsel admitted her duplicity and swore allegiance once again to her forgiving flame of 45 years. 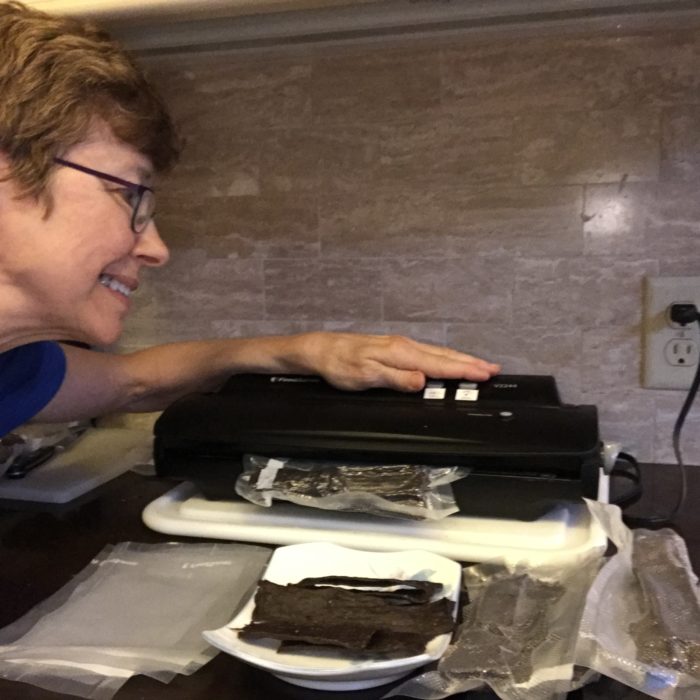 However, despite these vows of faithfulness, a close friend recently shared that the heartless hiker might be developing a new love interest:  her vacuum food sealer.  Recently Ruthless Ruth shared, “This machine gets hot immediately and always seals the deal.  Satisfaction is in the bag.” 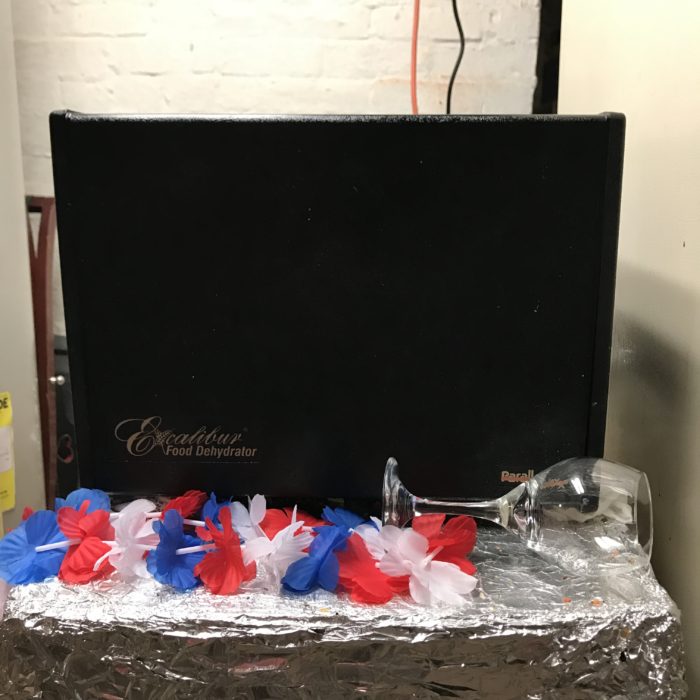 When asked for a comment, the dehydrator only replied, “Hmmmmmmmmm…………”

After living overseas 18 years, I continue to enjoy exploring the world, especially via my own two feet. Doing the 1500 mile GR5 trail from the North Sea to the Mediterranean made me fall in love with long distance hiking. Now that we're back in Ohio, the Appalachian Trail kept calling me. So in 2017, I answered. After tons of prep work at home sewing much of my equipment and dehydrating all my gluten- and dairy-free food, I got 500 miles in before tendonitis and the dreaded plantar fasciitis sent me home. After healing over the winter, I finished up the southern half on Nov.10, 2018. In 2019, I had high hopes of completing all 1100 miles of the northern half, starting again at Harpers Ferry, WV. Well, I made it almost all the way, but had to very sadly come off the trail with stress fractures and 220 miles left to do. Even though I said never again, here I go again!. Please follow me as I spend four weeks in July and August making my way back to Katahdin.