We live in a world with gadgets and gizmos aplenty, more than even the Little Mermaid had in her collection. Alexa makes our to-do lists, TVs are now “smart,” and soon cars will be doing the driving for us. Buttons are quickly disappearing, as voices and fingerprints become our access keys. We carry miniature computers with us everywhere, and sometimes it feels like we make more eye contact with our screens than with actual human eyeballs.

I am guilty of falling under the smartphone’s spell. But until about one year ago, I had a slider-qwerty-keyboard “dumb” phone. Text and call only. And it was wonderful. It had so many buttons! But as I started planning a thru-hike of the Pacific Crest Trail, I knew I wanted some form of GPS. The iPhone met that requirement, as well as the, must-have-multiple-uses-to-be-taken-on-a-thru-hike imperative. So, I ironically switched to a more complex device, just when I was about to simplify my life to walking and stuffing everything I owned in a backpack. 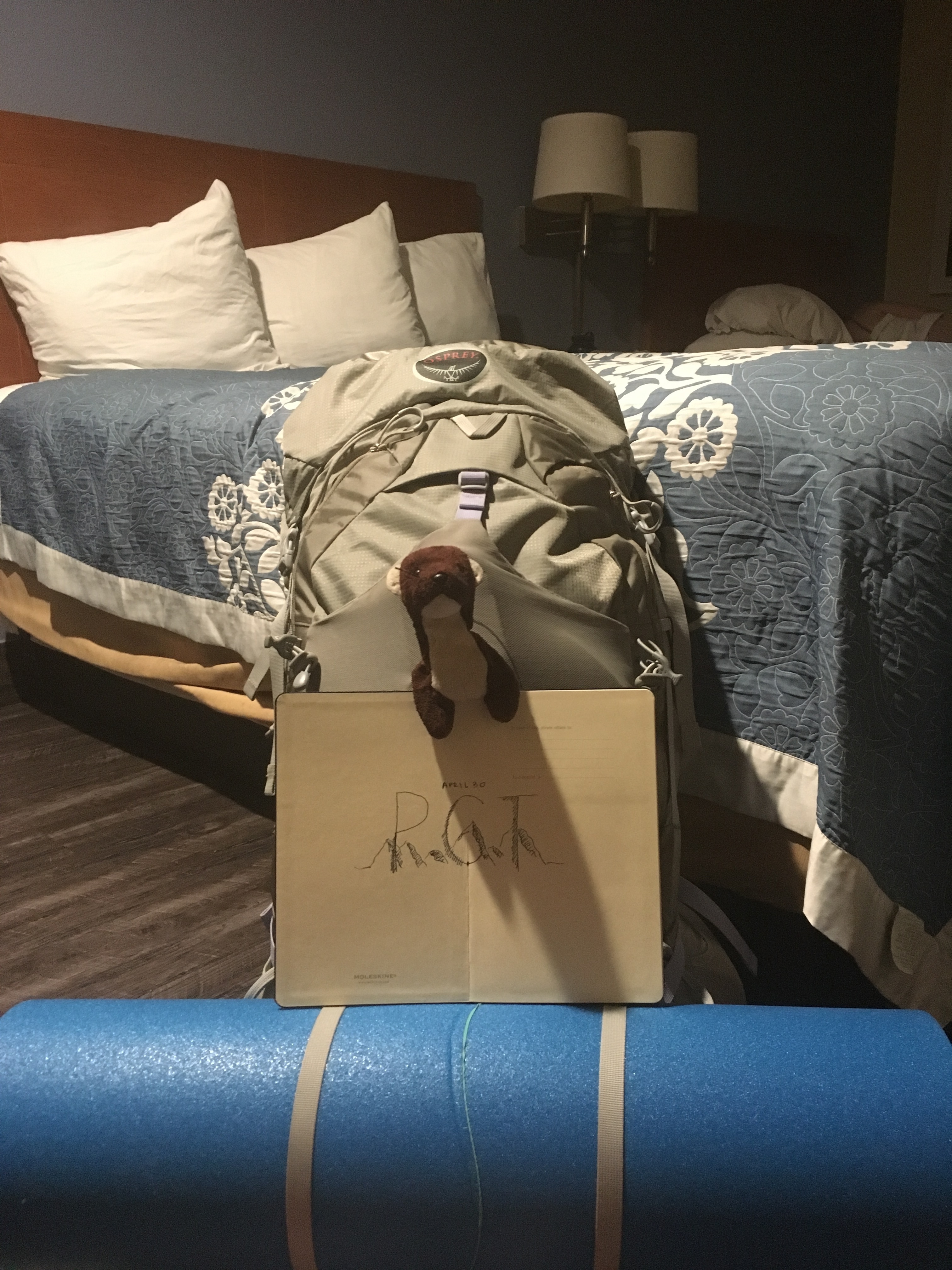 Clearly, I was NEVER ultralight.

The outdoors is a place where cell service is not guaranteed, and WiFi is almost certainly nonexistent. So, it can be a place to get away from constant phone use. Being far away from cell phone towers does this, but not as much as one would think. Thru-hikers are still heavily reliant on their phones, and for good reasons: GPS, communicating with family members, and blogging, to name a few. Really, though, thru-hikers use their back-up batteries to recharge their phones for one primary purpose: to listen to music and podcasts. Hiking for miles on end can be, well, long. Not everyone wants to talk all the time, and you can only handle so much of your own thoughts. Hence, headphones. Not to mention how motivating it is to listen to a pump-up song while hiking a 3000-foot climb.

I, however, chose not to bring headphones. I am one of only three people I met on trail who did this. And the two other people I met, a German couple, still occasionally listened to music while they were falling asleep. I found the lack of headphone-less hikers very interesting, because back when there were no smartphones, iPods, or MP3 players, people weren’t plugged in at all. I can totally see why people listen to music with headphones, but I think it is interesting that more people don’t. Forgoing headphones allowed me to be fully immersed in my thru-hike experience and continuously take in the surroundings with my eyes, nose, and ears. I wanted to see where my mind wandered, and I didn’t want to rely on a device to entertain me. 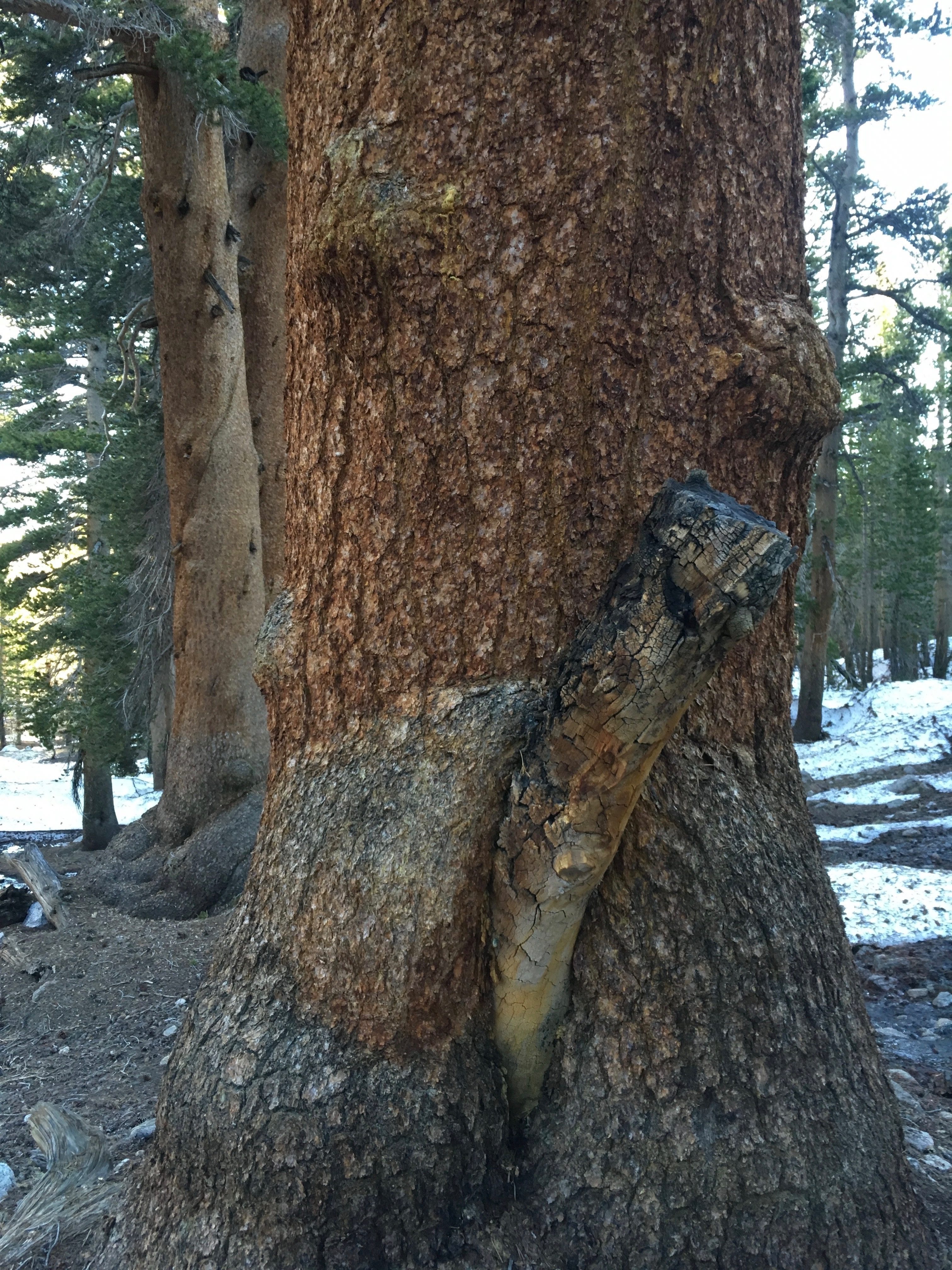 I enjoyed my hike without headphones. A lot. But I have also never thru-hiked with headphones, so I can’t compare the two. I still challenge others to try to hike without headphones, because I do know that some things are missed when you aren’t constantly listening to your environment. While someone else might have been enjoying Kanye and The Dirtbag Diaries, I had bird calls, the sound of the wind through the trees, the pat-pat-pat of other people’s foot steps. Maybe I’m just being wishful, but I felt that my hearing became sharper and I noticed more as my senses were heightened. 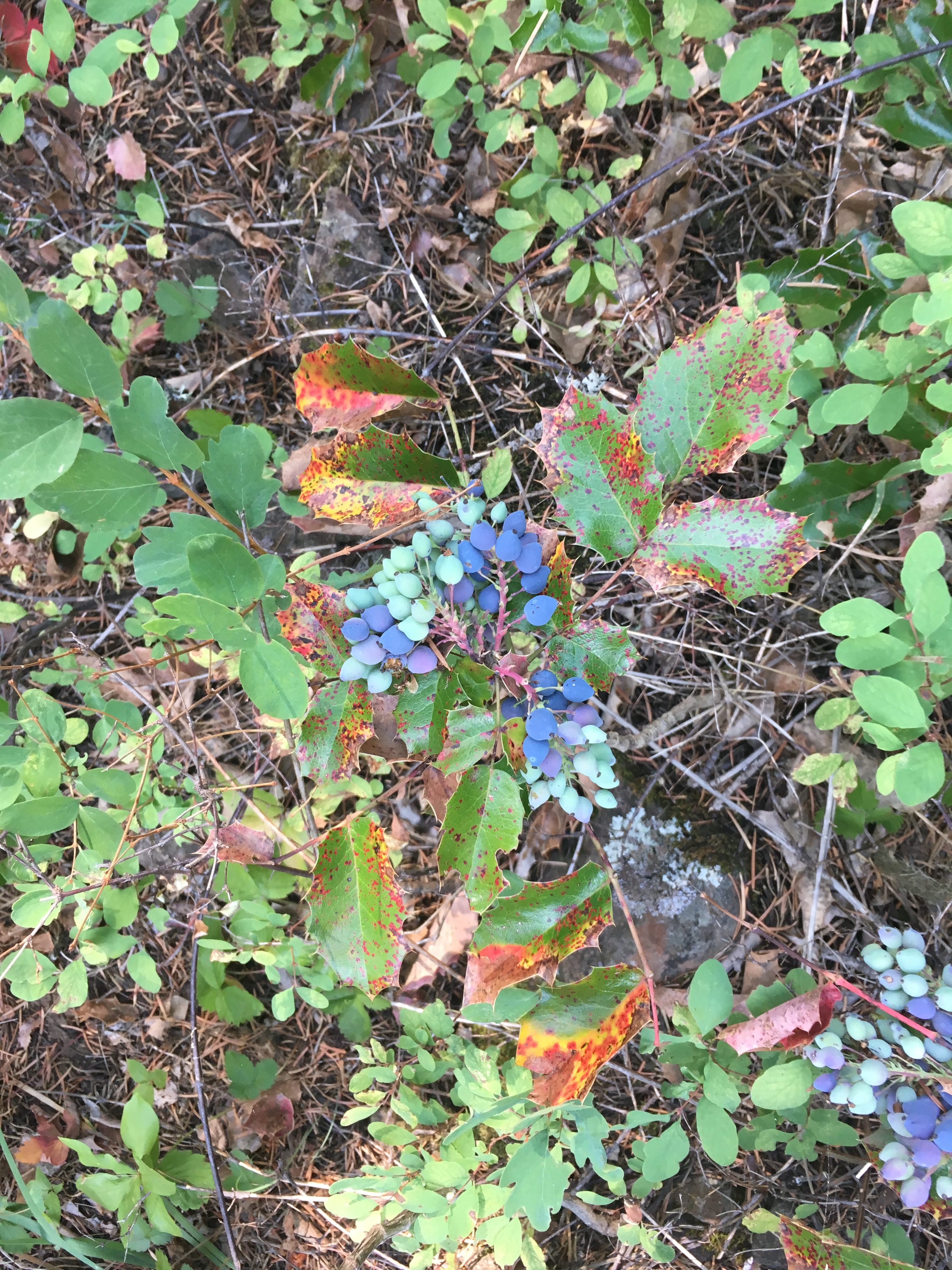 So many colors in one plant!

Walking sans headphones allowed me to take sights and sounds in, at all times. As long as we weren’t scrambling over scree or slipping on suncups, I was able to keep my head on a swivel and explore my surroundings with all of my senses. My mind wandered to pretty crazy places, ones that I could see and ones that were from my imagination. I placed myself on top of far off peaks and wondered how far away that crystal blue lake was by foot. I heard countless squirrels chatter at me. And I tried far too many times to get a grey jay to land on my finger. 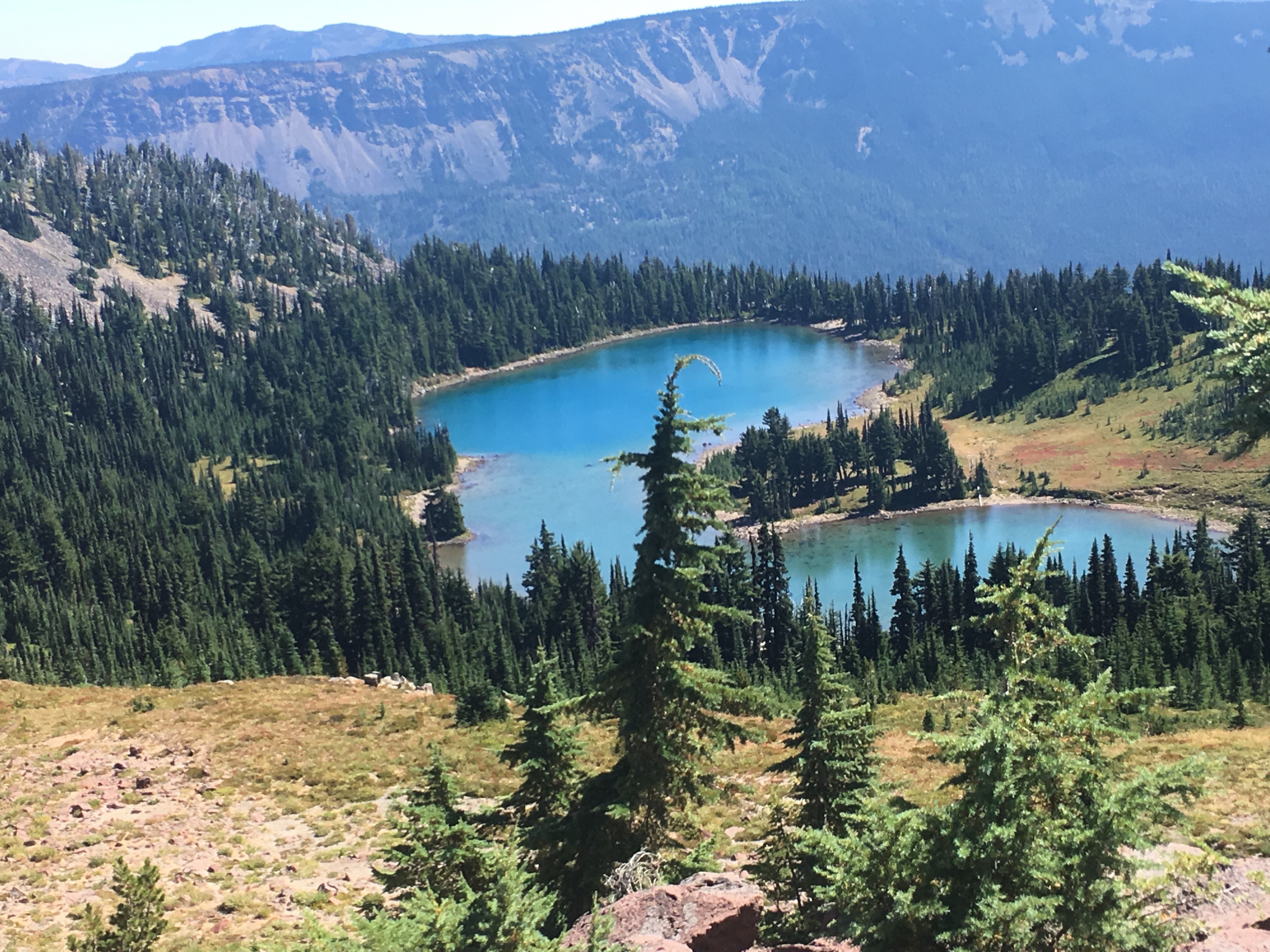 Shoe Lake. I ended up running down to it, because how could you not swim in that water?

But, I think my favorite part of not being plugged in was how quiet, even just silent, it could be, offering a backdrop that amplified the sounds of nature. The birds, squirrels, and wind were more noticeable because there weren’t cars or sirens or background music muffling them. And when there were no chattering animals or bristling branches, the only sound was the crunch of the dirt shifting beneath my feet. Those moments were reason enough for me to never put in an ear bud. Silence, or the absence of man-made, is so rare in day-to-day life. Experiencing peaceful quiet while surrounded by snowy mountains and granite cliffs, is a rare brush with serenity. 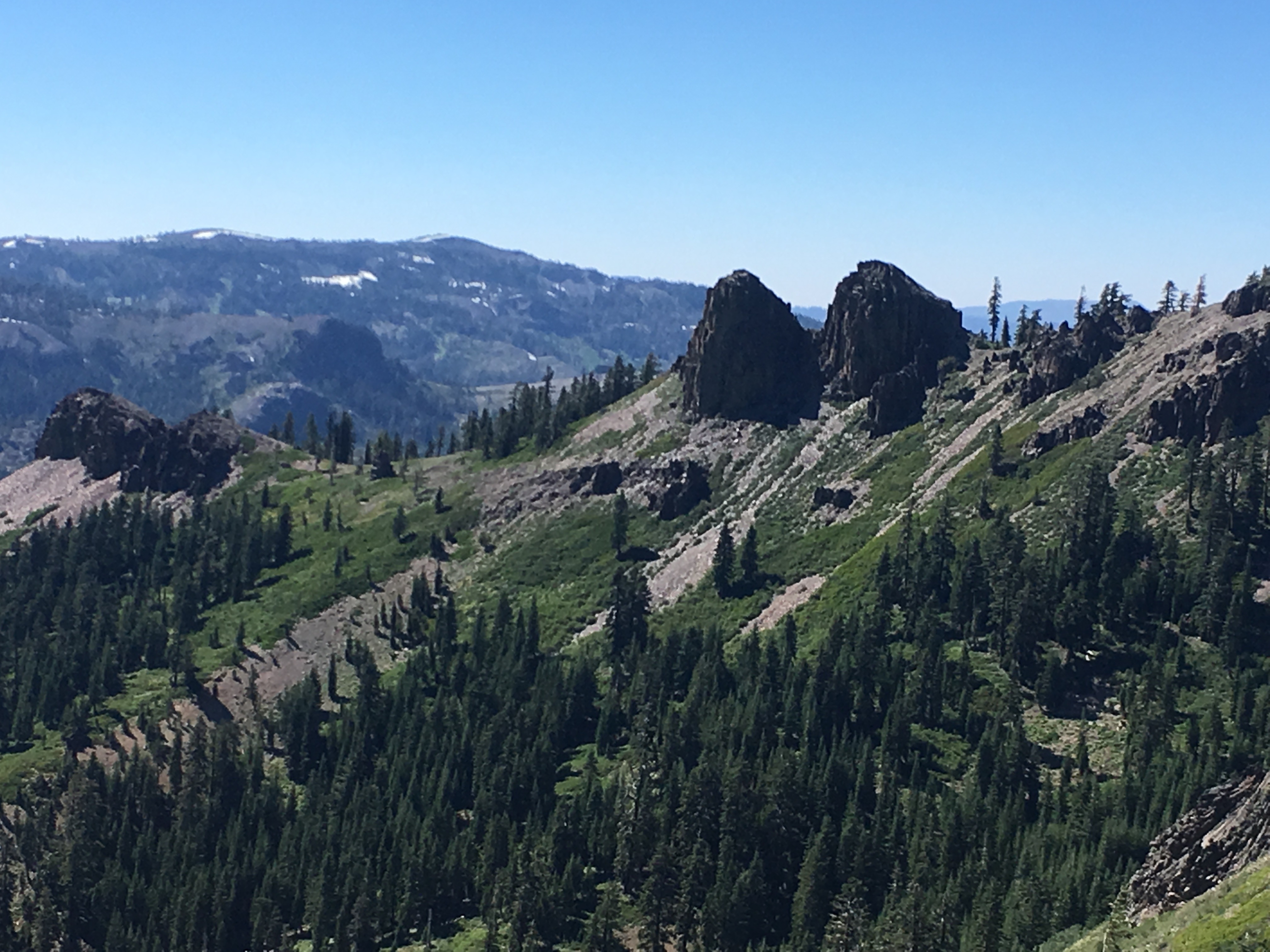 My Own Internal Radio

Of course, I didn’t spend all 2,650 miles basking in silence. I was my own radio, perhaps to the nuisance of others. The things I saw inspired me to sing various songs, from “Into the Great Wide Open” by Tom Petty (R.I.P) to “Just Around the River Bend” from Pochantas. I alternated between belting them out loud – hoping no Southbounder appeared, and that my trail family was plugged in – and singing them in my head. This usually resulted in the songs getting stuck in my head, which happened a lot. This was less than ideal, and I probably sang “Ain’t No Mountain High Enough” a thousand times.

Most of the time, I just thought my thoughts. I thought about anything and everything. I thought about what I was going to write in my blog or my journal. This was hard, because without the distraction of headphones you have so many thoughts that, unless you are writing as you walk, it is impossible to get them all down on paper. Even just all the ones I felt were especially significant or profound. Many of them were lost to the trees, making the ones I did capture in ink especially meaningful. 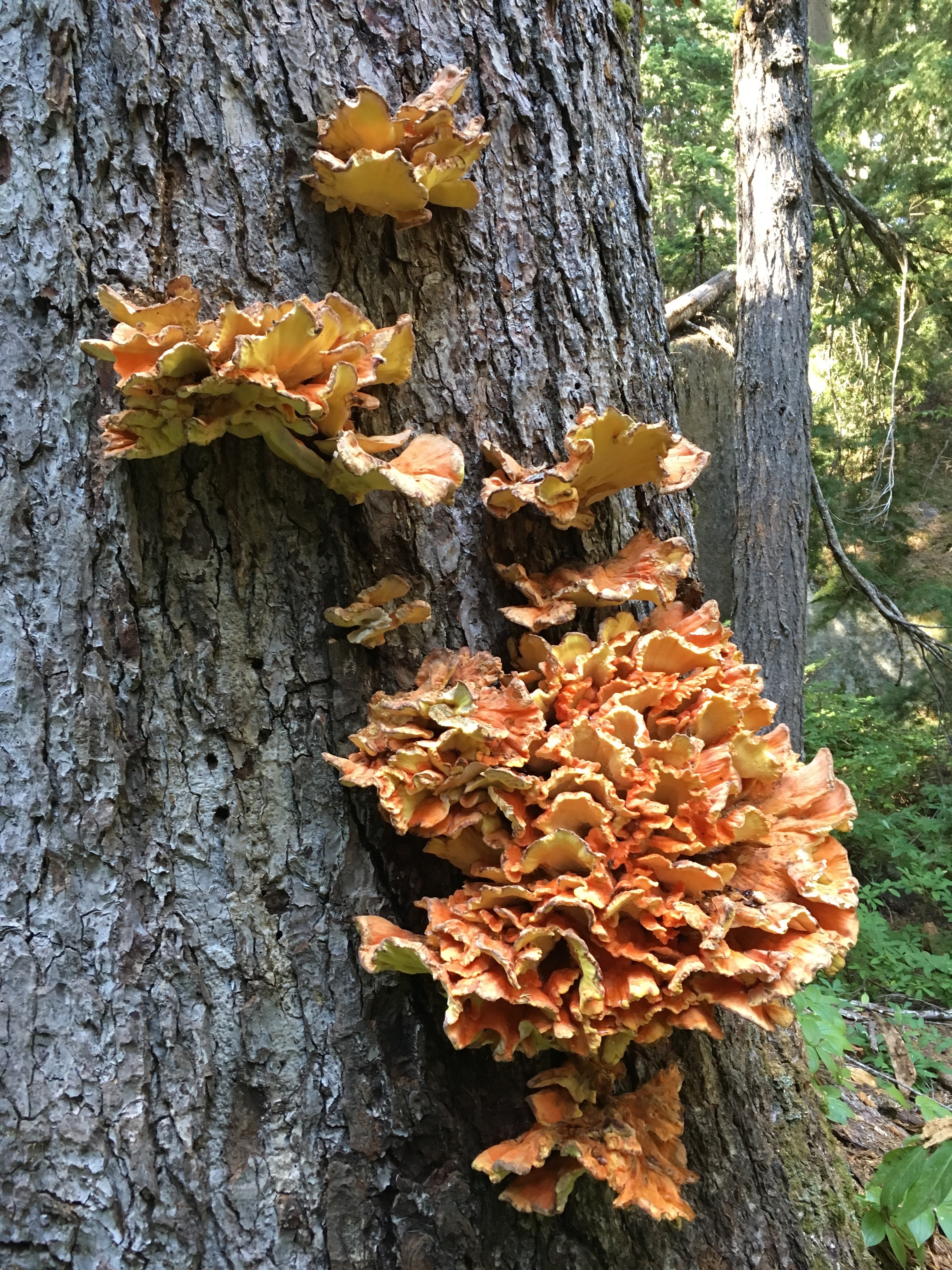 Chicken of the woods! 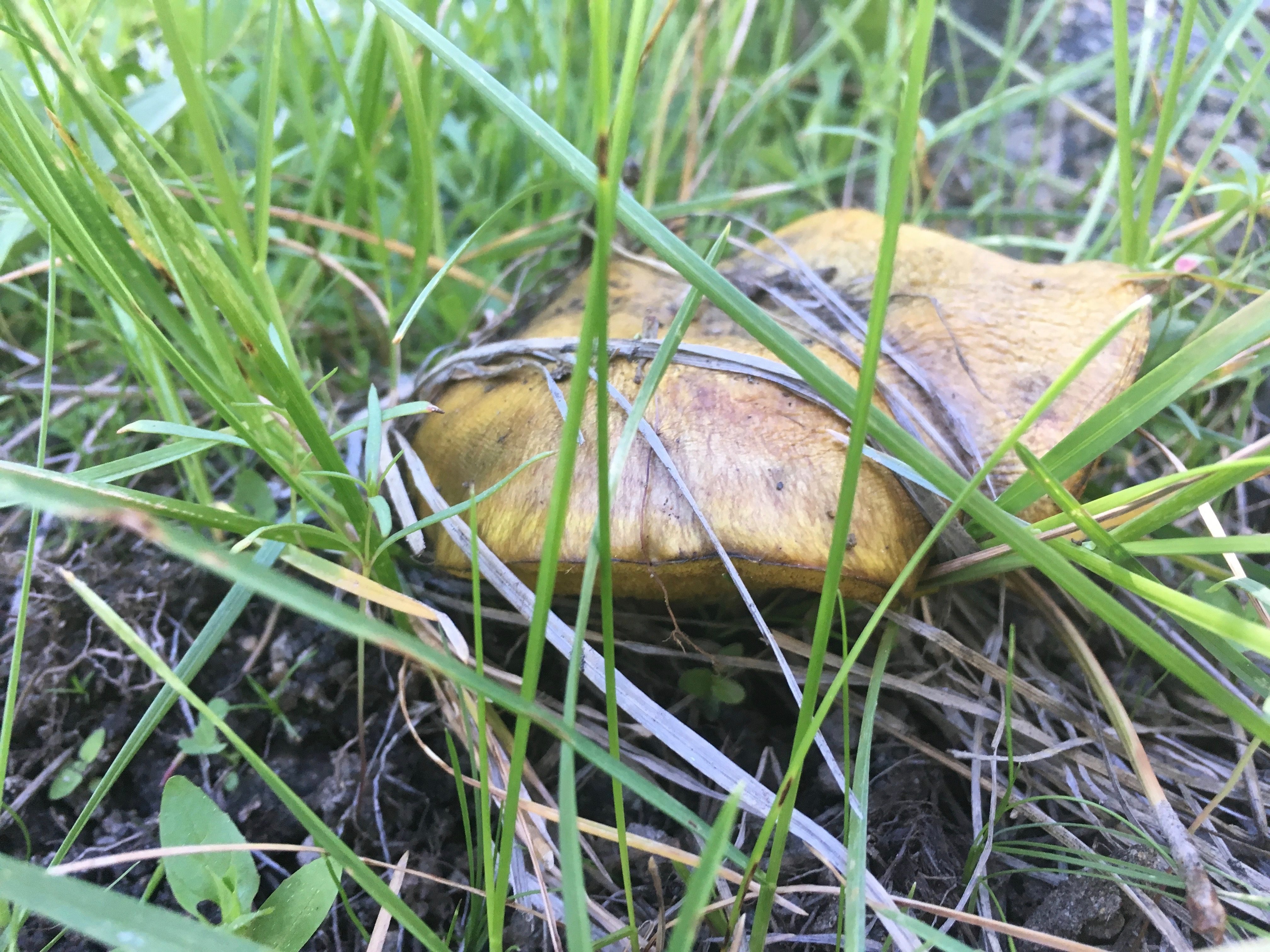 Finding shrooms hidden in the grass.

Sometimes I took a step back to notice what occupied my thoughts and where I could push my mind too. It was easy to avoid thinking about things I didn’t want to, like where I was going to work after trail ended, and it was hard not to think about food. But I never knew where a thought was going to take me. In one moment, I’d find myself craving cinnamon rolls, reminding me of a cinnamon roll hug my college team made me do once, which led me to wonder why I hate being touched. In another, I would imagine what my best friend was doing at that exact moment, making me wonder if it was possible to be thinking of each other at the same time, which then popped Mathilda and mind powers into my head. And so on. Every day was a chain reaction of thoughts, where I planned five course meals, pondered consciousness, and imagined what my ideal world would be.

I have to admit, that I always hiked with a group, which helped allay boredom. I spent a grand total of one night by myself. This was my choice, as I like being with people, and I cannot deny that it probably made my headphone-less hike a little easier to bear. 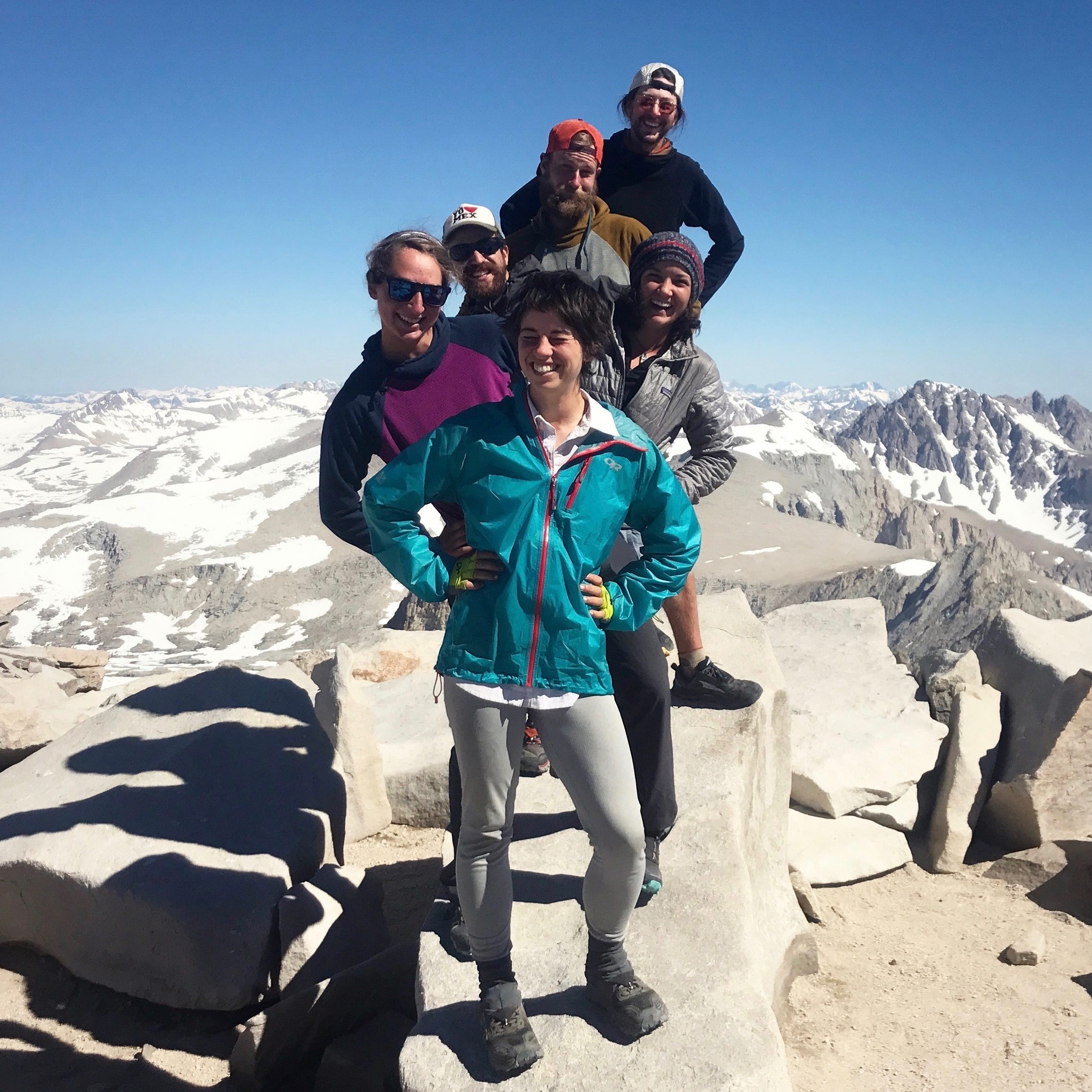 I wasn’t an excessively talkative hiker. In fact, the farther into trail I got, the less I wanted to talk. In a way I became addicted to the anticipation of what I was going to think that day. But, of course, when I did have an especially cool (or what I thought was cool) thought, I wanted to share it. Or, when I got sick of myself, I always had someone to talk distract me from my thoughts.

When I wasn’t thinking, singing, or talking, I was challenged to entertain myself in other ways. I pretended my trekking poles were puppets, made shapes out of the clouds or from tree branches, and wrote a lot of song parodies. (“A Whole New State” to the tune of “A Whole New World” and “The PCT” song to the tune of “The Pina Colada” song are probably my finest works.) In modern-day society, we are constantly stimulated: flashing billboards, pings from our phones, music. It seems natural to bring some of this with us on trail, because again, the days are long. Committing to 150 days of no ready entertainment is a lot to ask. 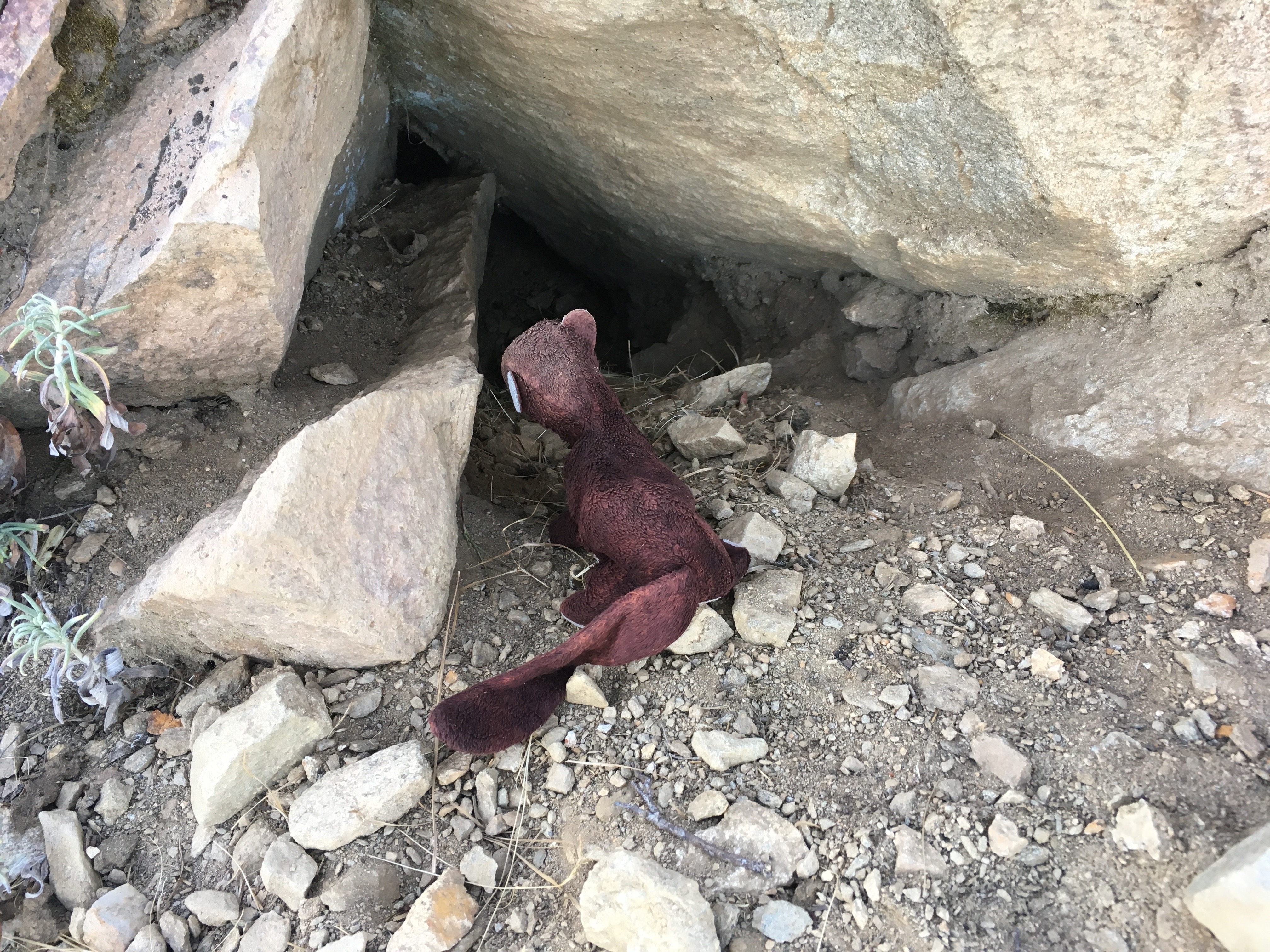 What happens when you go down the rabbit hole?

The goal of this isn’t to try to persuade anyone to ditch their headphones. Rather, I’m betting I convinced more people they’d want to bring headphones. But I challenge anyone to try unplugging. For more than a day. Try it for one hundred miles, or a section of trail. See what it feels like to be totally free from non-natural sensory input. You’ll be amazed at how long your cell phone battery can last, and the places your mind will take you. 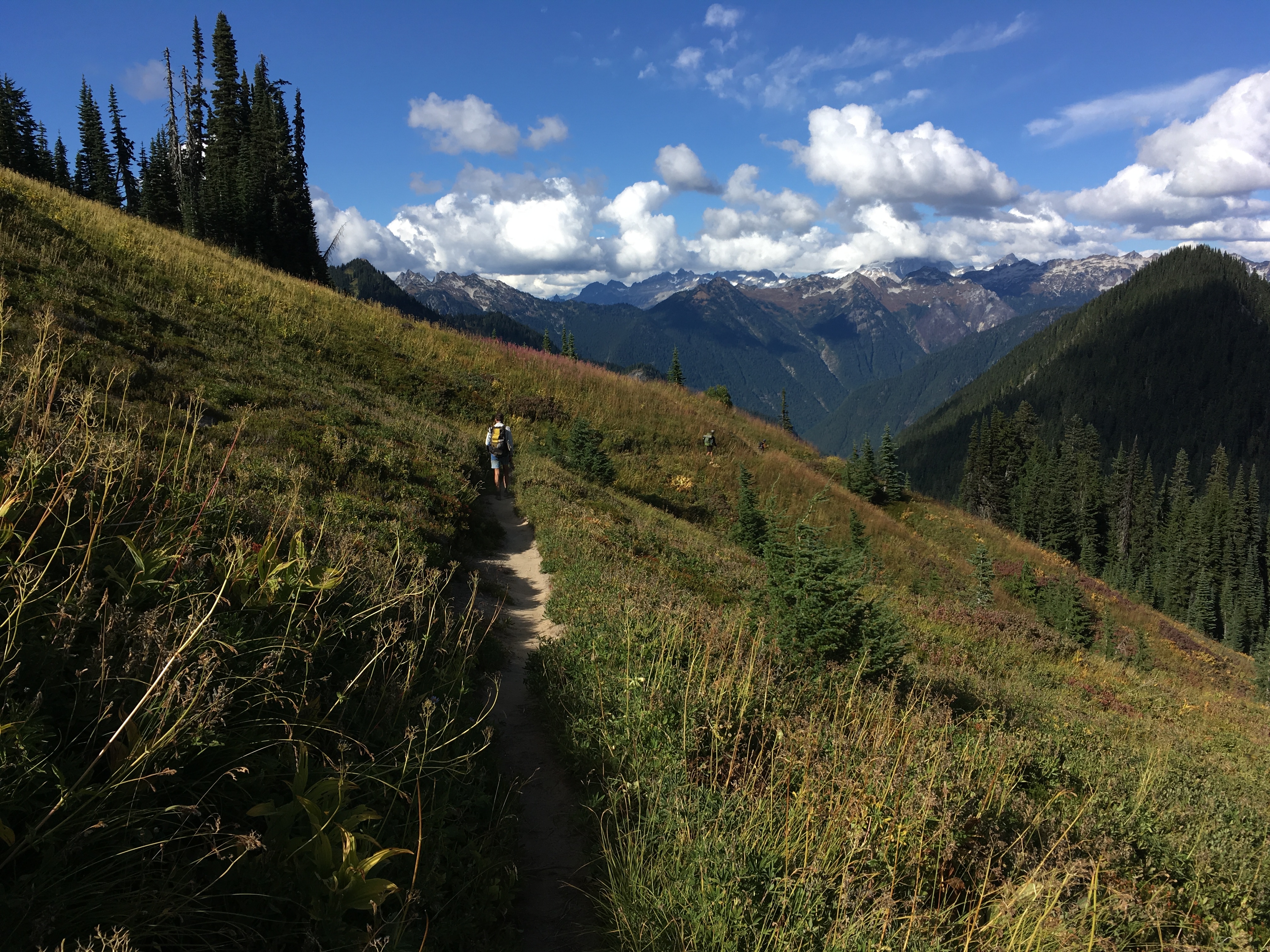 Rainer, Adams, and Glacier were all amazingly beautiful peaks, but so was everything in between. 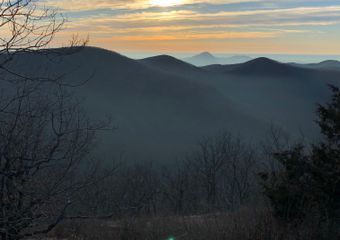 Thoughts on Technology in the BackcountryExploring the backcountry with technology in tow can be a great way to share our adventures with loved ones at home. However, there are many reasons why hikers should disconnect from their phones while hiking, as well.Read More
< Previous Post