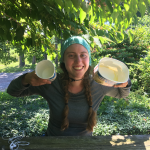 I began the Colorado Trail this past July thinking it would be many different things—a brief, much-needed escape from my retail job, a chance to spend 24/7 hiking with my boyfriend, Pusher, and an epic introduction to the west and high elevation hiking.

It ended up being all these things, plus one more.

Relatively early into the journey from Denver to Durango, the Colorado Trail became my pathway to healing through an unexpected loss in my immediate family and the grief that followed. When I initially learned of this death, I contemplated leaving the trail countless times.

Now that I am on the other side, having hiked all 486 miles, I can’t really imagine the hike having a different outcome. The woods are where I feel most comfortable and where I get the greatest sense of perspective, so it was only natural for me to stay on trail and deal with what I had to deal with while I hiked. 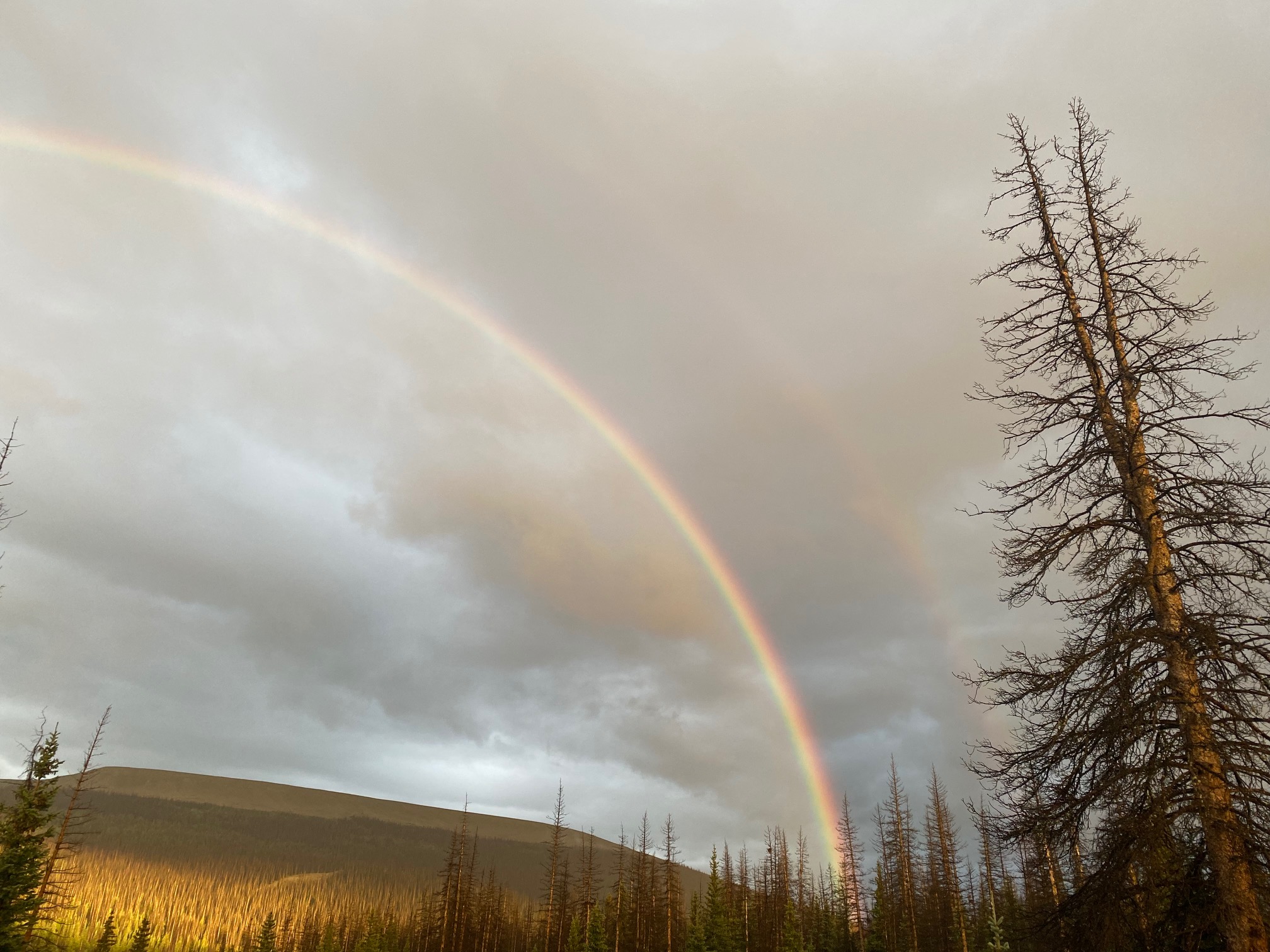 We were resupplying in Leadville when I saw the text from my sister to please call her immediately. I was not prepared for what followed about my late brother Bob and found myself crying on the side of a supermarket in a strange town that just happened to be the highest incorporated city in North America at 10,152 ft above sea level.

It was such an intense and strange situation—I was looking at the incredibly high mountains surrounding Leadville, yet I was feeling incredibly low. Out of obligation, I entertained the thought of going home right there on the phone but was encouraged to keep going until I truly didn’t want to anymore.

I still had the Collegiate Peaks and the San Juan Mountains ahead of me, and I wanted to experience those sections of the trail.

So, in a daze, I pulled myself together enough to walk across town to High Mountain Pies and waited an extremely long time to split a large (but not large enough!) pizza with Pusher.

We got a ride back to the trailhead from a trail angel we had met before going to town and settled in our tent for the night. The nature of my thru-hike had permanently changed, and a trail I already found challenging became that much more difficult. 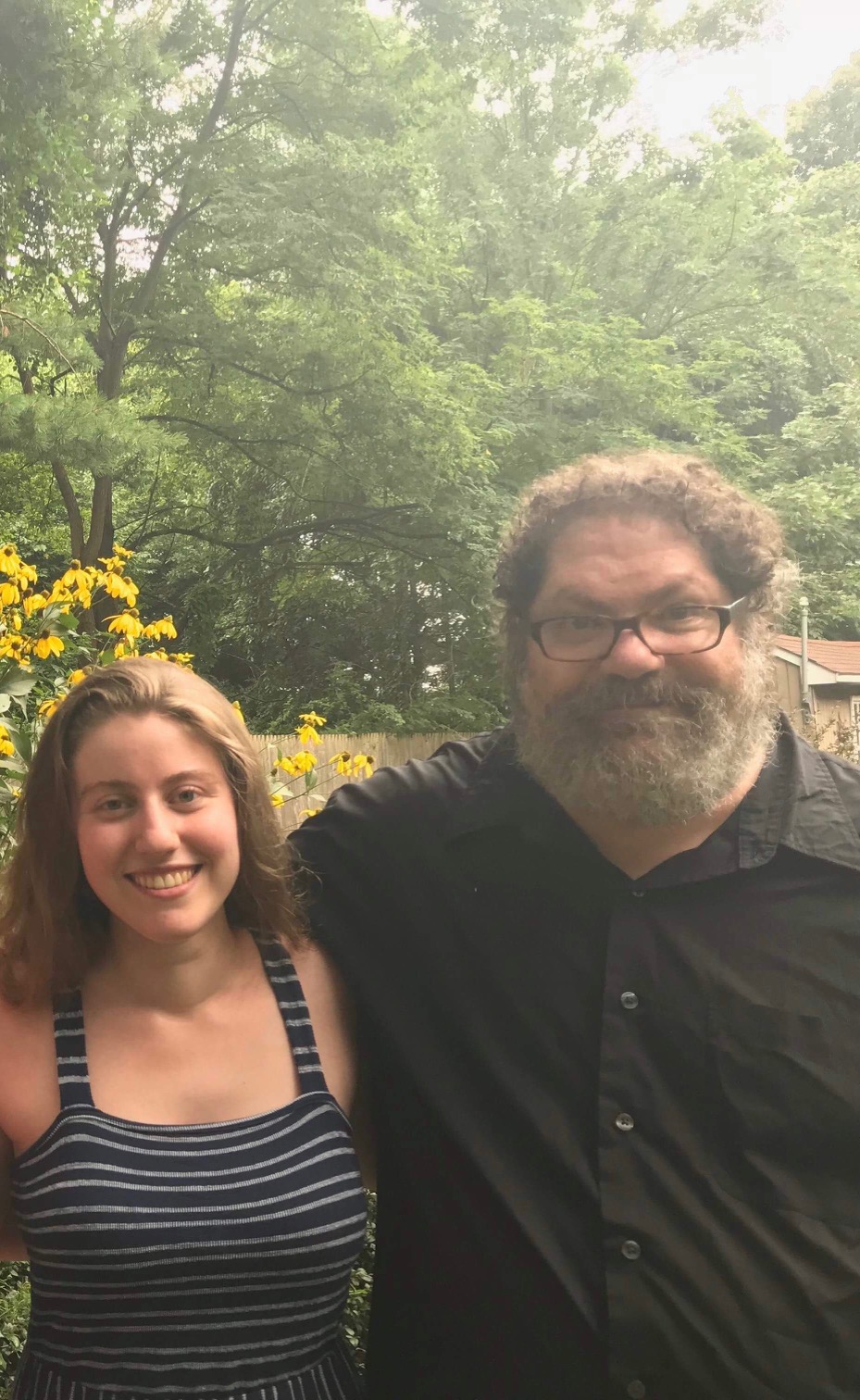 This is my brother Bob – he was one of a kind.

It is not lost on me that, presented with the same situation, most hikers would probably choose to go home to be with their family, and that is a perfectly sound decision to make.

I am a firm believer that the value of a long-distance hike is in no way determined by whether all miles of a trail are completed. As long as you get what you need from the experience, that is all that truly matters, and a thru-hiker is not a failure if they do not finish a trail.

For me, that had surprisingly little influence on why I chose to keep going. My decision mostly had to do with the fact that I didn’t much want to grieve this loss at “home,” which, these days, is in Indiana, a place where nobody else in my family is located. Had I gone back there, I would just be sitting in a room, thinking about my brother, with nowhere to let go of all my emotions.

In the mountains of Colorado, I had all the space in the world to let go of my emotions. I had beautiful landscapes to distract me and remind me how lucky I was to be able to see them. I had quiet spaces devoid of people where I could cry, talk to myself, or smile and laugh at a marmot with a pound of grass in his mouth.

Of course, there were points where I questioned my decision and considered leaving the trail multiple times after the initial full day hiking out of Leadville. Memorials were being planned, there were documents I needed to sign, people I needed to contact. Ultimately, though, the benefits of staying on trail for my mental health outweighed the perceived drawbacks—so I kept going. 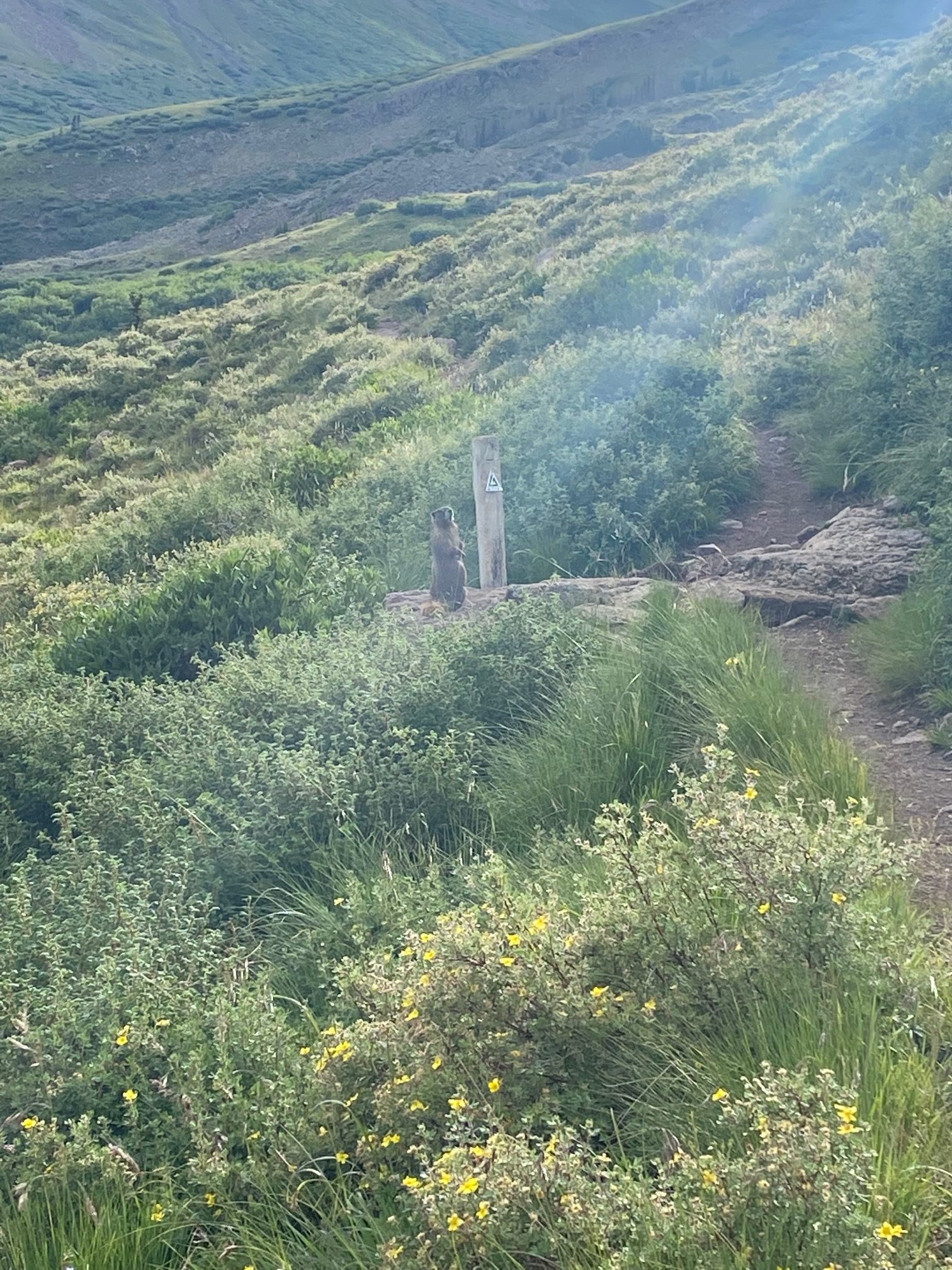 These were some of the funniest animals I’ve ever seen!

My brother Bob had been following my social media posts about my hike until a couple of days before my family learned of his sudden death. That spooked me a bit. Especially since it had been a few years since I had last seen him in person, it was easy to feel like he was still behind a computer screen following my hike even after the news.

I made sure to keep up with posting our progress, not just for my family and friends looking on, but for Bob as well. I publicly dedicated my hike to him, which gave me a new motivation to get as far as I could.

Surprisingly soon, the immediate demands of life on a long trail consumed me again, and I went back to admiring the wildflowers, the wildlife, the mountain passes, and the sweet smell of the ponderosa pines.

Whenever a thought about my brother entered my mind, though, I met it head-on, sat with it, tossed it to the wind. Thoughts of whether or not I was selfish for continuing my hike frequently went back and forth in my head like a game of tennis.

I settled on the idea that sometimes, you have to be a little selfish in order to put yourself and your health first. After a few weeks, I found myself at the Durango trailhead—486 miles of hot, dusty, beautiful trail behind me. 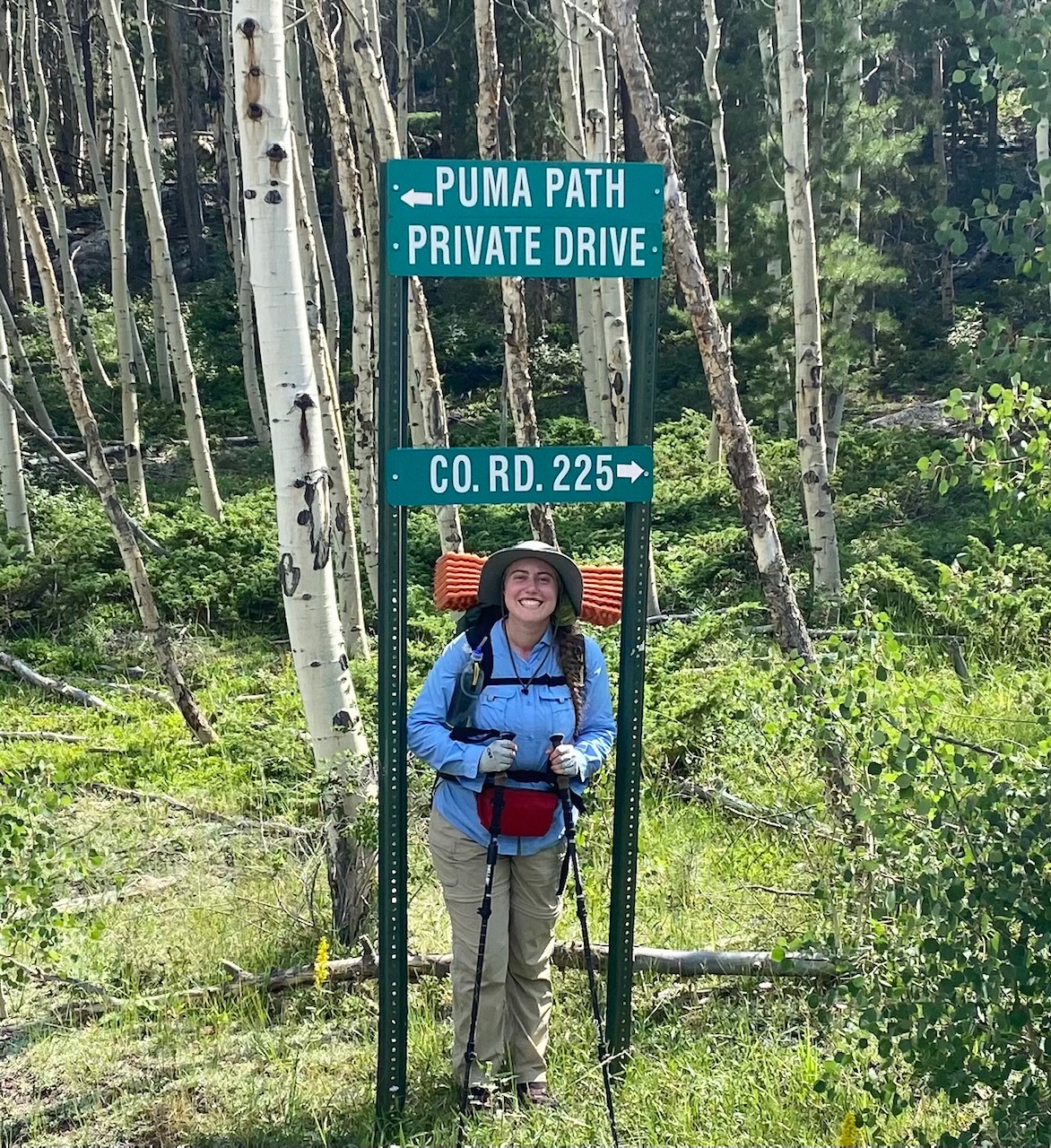 Pretty sure if the path literally has your name on it, you should keep going! (The CT was the other way, but still a cool site).

I can’t gloss over the fact that this hike might’ve had a different outcome had I done it alone. Pusher was my rock. He never once tried to convince me to either stop hiking or keep going. He did everything possible to make the hike easier for me, from popping blisters on my feet to setting up the tent while encouraging me to take off my shoes, to even offering to carry my food bag up the more difficult climbs. 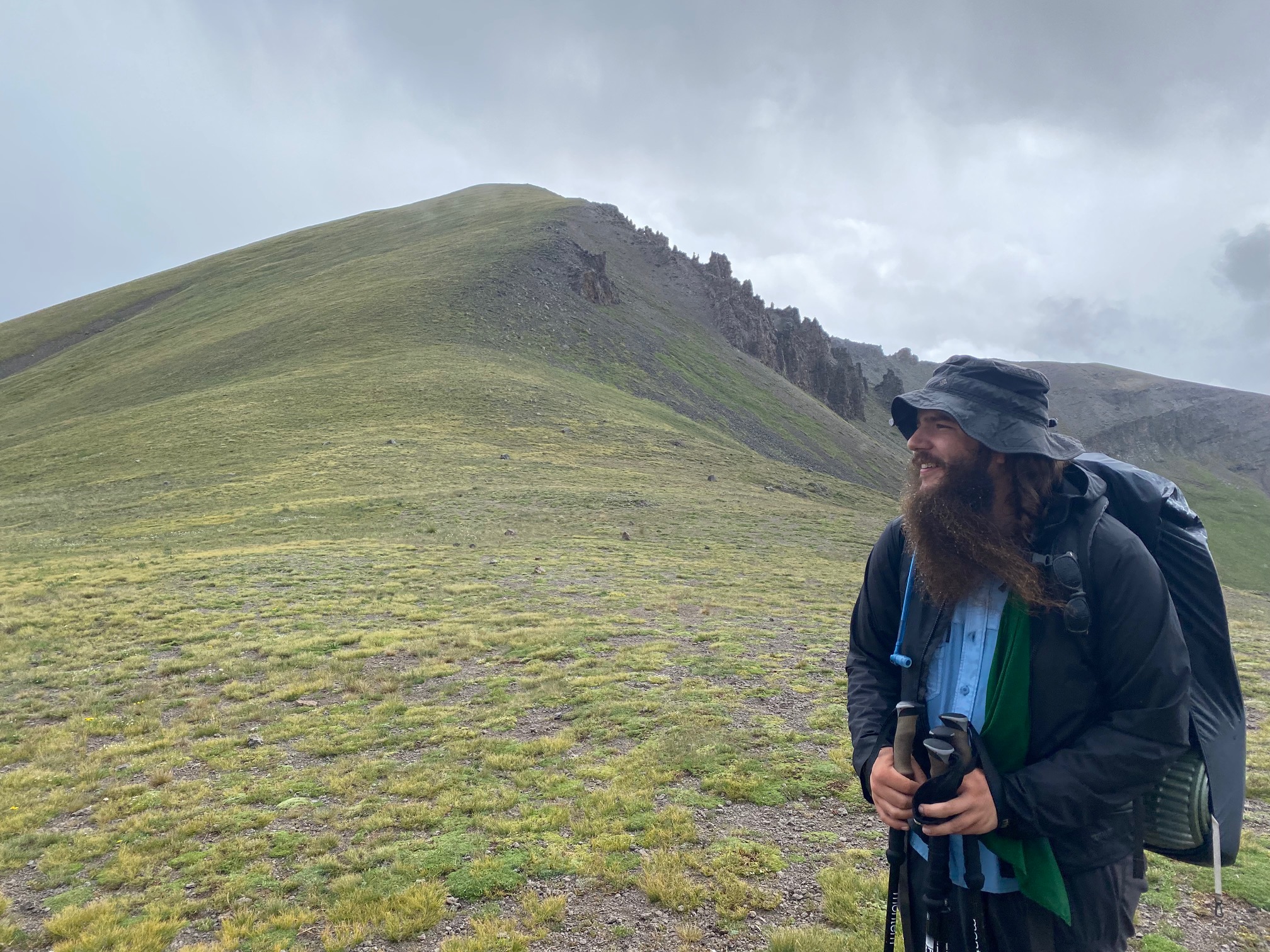 Pusher in all his mountain man glory.

Most importantly, he gladly listened to me talk about Bob. He heard the story of Bob suggesting I watch Hayao Miyazaki’s “Princess Mononoke” (he was a film buff, and I was arguably too young to watch it at the time). When he learned that I had never actually watched it in the years since, Pusher downloaded the movie onto his phone when we were in town, and we watched the film over the course of two nights, in our tent, after long days of hiking.

It was great, and so fitting that the film was about the relationship between human beings and the forests, and even more fitting that we watched it while in the forest ourselves! 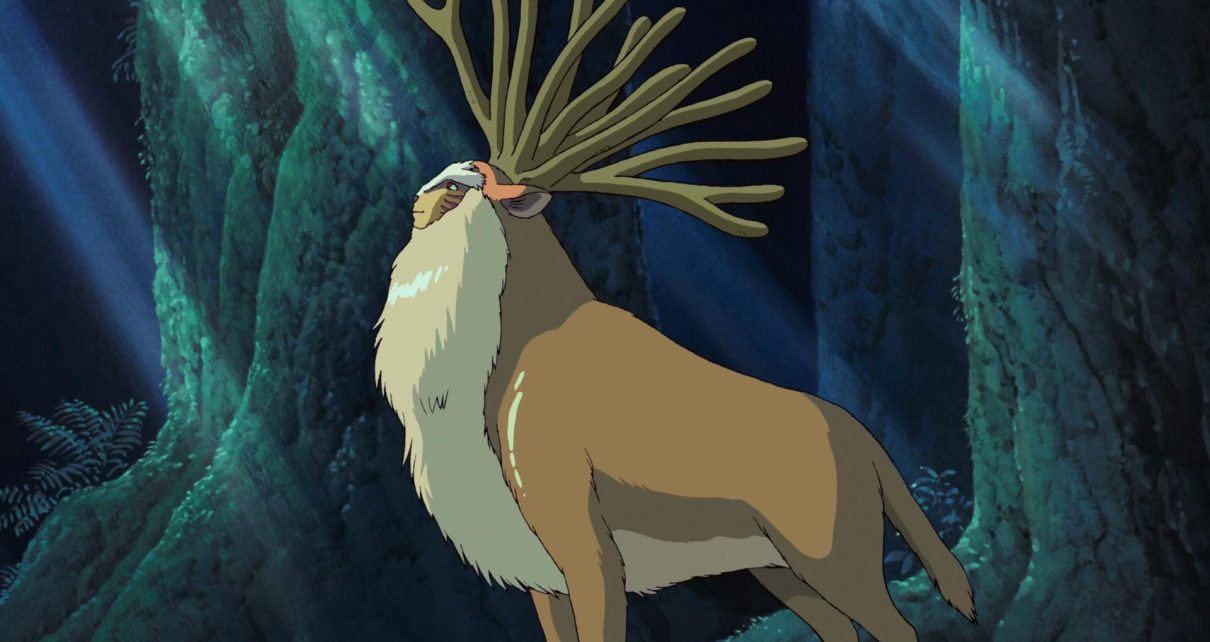 The Forest Spirit, as seen in a still from the film “Princess Mononoke.”

Sometimes, it takes courage to leave a trail when something from the outside world calls you back. Other times, it takes just as much courage to stay on the trail. To recognize where you feel most at home and put yourself first by staying there.

I am no stranger to grief, and I didn’t deal with it so well the last time around, but what made it all better was deciding to do something crazy and hike the Appalachian Trail in 2019. That choice undid over a year’s worth of suffering under the weight of grief. 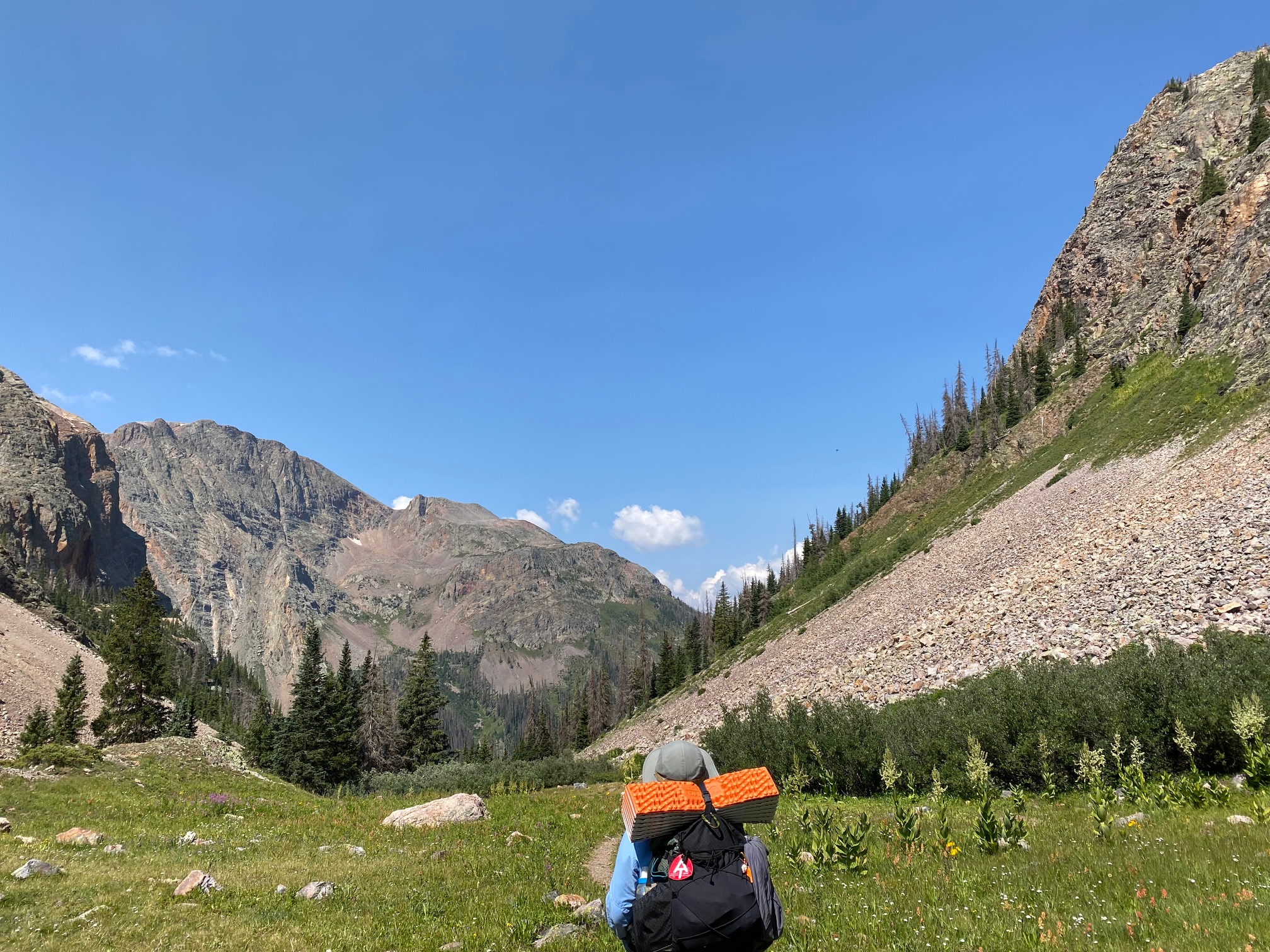 Glad I stuck around for this.

So when I found myself in Colorado on a new trail where the mountains were bigger than anything I’d ever seen, all I really saw was so much space to let things go. Granted, I am absolutely not done grieving this loss, but I am in a much better place with this loss than I have been with those of the past, and I strongly believe it’s because I chose to spend the initial days of grieving on a trail—where I feel the most in touch with myself.

Hey, I'm Julia, trail name Puma! I thru hiked the AT in 2019 and wish I knew how many bags of Fritos I ingested, but let’s just say it was a lot. It’s my goal to keep a more accurate account of Frito consumption during my future hikes.