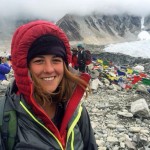 How to Avoid Creepy Men While Hiking

During the early stages of the trail, you will encounter a variety of creepy men. There will be old, creepy men; creepy men your own age who want to land a trail girlfriend; men who are creepy because they try to touch your waist; and, my favorite, creepy men who hike behind you to check out your ass. Don’t worry though, most of the creeps disappear after the Smokies.

I met my favorite creep at the beginning of the trail in Georgia. I shall henceforth refer to him as “Creepy Guy”. I was hiking one day, when an old man kept trying to hike behind me, I think to check out my ass (Note: this is not Creepy Guy). The old man was trying to ask me weird questions like, “How old are you?” and “Are you hiking with those guys back there or are you by yourself?” I finally just had to be rude and tell him that he could pass me because I didn’t want to talk to him.

The group of guys behind me were all going to Hiawassee for the night, and I didn’t want to be stuck at the shelter alone with the old man, so I agreed to go with them when they offered. We went to town and I split a motel room with a few of the guys, which might seem like a bad call, but it’s normal for hikers to go in on motel rooms to save money. Plus, I hadn’t showered yet during my hike, and I smelled bad.

The following morning, I woke up to Creepy Guy stroking my back. I’m not entirely sure what I said, but I left the motel within about ten minutes. A nice lady at the grocery store offered to give me a ride to the trailhead, and I started hiking again. I told several groups of hikers about the strange experience. It seemed rather funny to me once I was back in the woods. After all, I assumed Creepy Guy wouldn’t make it very long on the trail, and I wouldn’t run into him again.

Ironically, I ran into Creepy Guy on and off throughout my entire hike. The last place I saw him was halfway through Maine. Everyone seemed to know the story of our first encounter, and he tried to be polite to me whenever he saw me, although he did make backhanded comments occasionally. The situation became awkwardly amusing for both of us, and we attempted to get along. I think he sort of felt bad, or maybe just embarrassed, that he had stroked my back while I was sleeping. Even more ironically, last I heard, Creepy Guy and I are both planning Pacific Crest Trail thru-hikes for the same year, so the saga is not over.

Judging by my story, I probably don’t seem like a person who has any authority to tell women how to avoid creeps. However, there were countless creeps who I managed to get rid of in no time.

Without further ado, here are my tips for…

How to Avoid Creepy Men While Hiking the Appalachian Trail

1. Don’t be nice to men who make you uncomfortable.

This may seem obvious, but for some reason, we women are instinctually nice to everyone. Like, if a man makes an awkward comment or tries to ask us if we have a boyfriend, we smile and nervously laugh. We might think that our body language is conveying how uncomfortable we are, but in his mind, he thinks, “She’s laughing. She must be interested in me!”

2. Work on saying “no” and using your bitch face.

Being somewhat polite to pushy dudes in the real world might be a good tactic to avoid awkwardness. After all, you can just go home and never see him again. On the trail, however, being polite to a pushy dude might be seen as an invitation to tagalong with you for multiple days. If a guy makes you uncomfortable and you have no urge to be around him, just suck it up and tell him that you don’t want to hike with him. Two minutes of awkwardness could save you days of annoying company.

3. Beware of men who offer you Honey Buns.

A hiker offering you a Honey Bun (or any other tasty treat) is the trail equivalent of a guy in bar offering to buy you a drink. He doesn’t really want to part with his Honey Bun, but he thinks that he is courting you in some way. You think, “Yay, a Honey Bun!” He thinks, “She clearly likes me, otherwise she would have turned down the Honey Bun.” I once accepted half of a Honey Bun from a hiker at a shelter, and he thought that it was OK to touch my arm and sit way too close to me afterwards.

4. Be opinionated, independent, and wear whatever you want.

Someone once told me that maybe I would meet less creeps if I didn’t wear yoga pants while hiking. That person needs to shut-up. I should be allowed to wear whatever I want without creepy men thinking that I’m dressing to attract their attention. Sadly, when your butt is covered in spandex, creeps see it as an invitation to stare.

Counteract your yoga pants by showing people how outspoken and smart you are. Opinionated and independent women are the enemy of creepy men. They will probably leave you alone once they see that you are not an easy target. When warding off creeps, it’s also helpful to throw in a comment like, “I’m really curious to see how powerful my pepper spray is!”

5. Don’t worry too much. Most trail men are nice.

This post might sound like a dire warning, but don’t worry. I only ever met about ten creepy men during my thru-hike, and I never felt like my safety was being threatened. For every creepy man you meet, you’re going to meet thirty nice trail men. Hiker guys are rather chivalrous, and they tend to look out for the girls on the trail.

My name is Megan (a.k.a. Hashbrown) Maxwell, and I thru-hiked the Appalachian Trail in 2012. I graduated from the Ohio State University in 2011 and have been trying to use my English degree ever since. My dearest ambition is to become a writer and editor, but I also like to snowboard, bake cupcakes, and try to blend in with the Coloradoans. You can check out my how-to hiking blog for women at Appalachian Trail Girl.