How to Save Money DURING Your Thru-Hike

We’ve published a lot of posts on AppTrials about how to save money before your hike. It’s true that starting with a Ziploc full of $$$ is a great safety net. but take it from someone who spent way too much money on a thru-hike: that money you saved by budgeting hard and buying all of your gear at a discount, will disappear by the end of Virginia if you aren’t careful.

Many thru-hiking hopefuls have to end their hike because they run out of money. With the exception of several extenuating circumstances, the people we met probably could have continued hiking on their limited budget if they had avoided the beers in town, or skipped the motel room. There are ways to make an AT thru-hike less pricey, and the following tips are based on what Rocky and I did not do during our 2015 hike.

1) Town Stops: The Most Expensive of Expenses 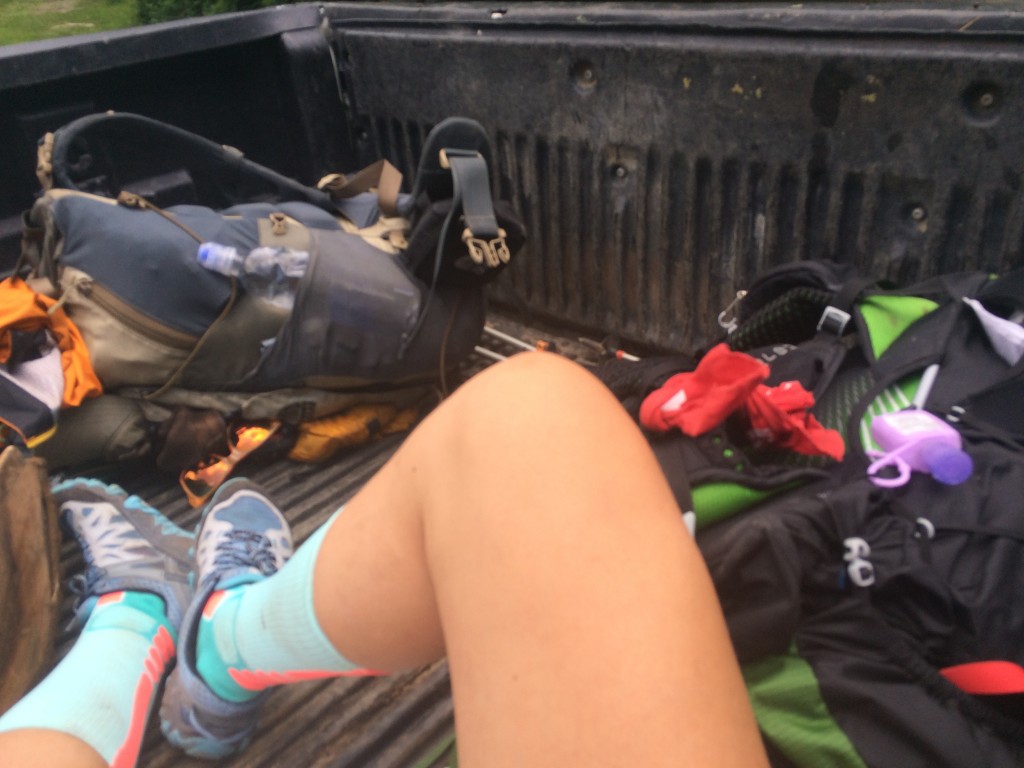 -Share motel rooms. I get it, you want privacy. But you also want to save money, and motel rooms (no matter how roach-infested) add up fast. Aim to share a room with your hiker trash friends at least every other town stop. You all smell equally awful, it’ll be fine.

-Instead of hotels, pick hostels. Often less expensive than motels, and hostels are a cool part of the thru-hiking experience. And if the place is donation-based, don’t be a jerk. Pay up and be fair about it. They are doing a great service to the hiking community, let’s keep it that way.

-Wait! It gets cheaper! Instead of hostels, choose campgrounds. Many towns along the AT have campgrounds nearby, which will cost infinitely less than motels or hostels. You might have to shell out a few bucks for a shower, but you’re saving money, so yay.

-Share laundry and transportation. Laundromat washers are huge, and you probably just have a shirt, a pair of shorts, and a few pairs of crusty socks. Grab some fellow hikers, throw your laundry in together, and save a few bucks. As far as getting to town, hitchhike whenever possible/safe, and split cab fare if you have to take a taxi. Some towns like Hanover, NH have free public transportation… take advantage!

-Slackpacking is enticing, but can add up. Many hostels, especially up north, will offer to slackpack you for a nice 20-mile, weight-free day. But that involves going back to their hostel that night, and maybe again the next day. Watch out for that. It’ll suck you in.

-Beware the trap of self-serve-pay-when-you-leave-food. Some hostels let you keep track of your food, like a hand-written, backwoods credit card of calories. This is convenient, much like a credit card. But wow that food adds up fast. It’s like a blackout where the last thing you remember is writing down “blueberry muffin- $1.50” on your scrap of paper, and before you know it, you’ve woken up to an $80 tab of frozen pizzas and popsicles.

-Instead of a Zero, aim for a Nero or Hero. A Nero gives you the benefit of a zero day without the extra meals and extra night in town. Rocky and I did a lot of Hero days in the second half of our hike, where we would hike to a road, hitch to town, resupply, then hitch out before we would spend too much money. Not a lot of self-control around here, but it helped to get the hell out of towns before we could spend too much. That’s the real solution folks: avoid towns.

Related: Check out The Trek’s “How to Afford a Thru-Hike” ebook 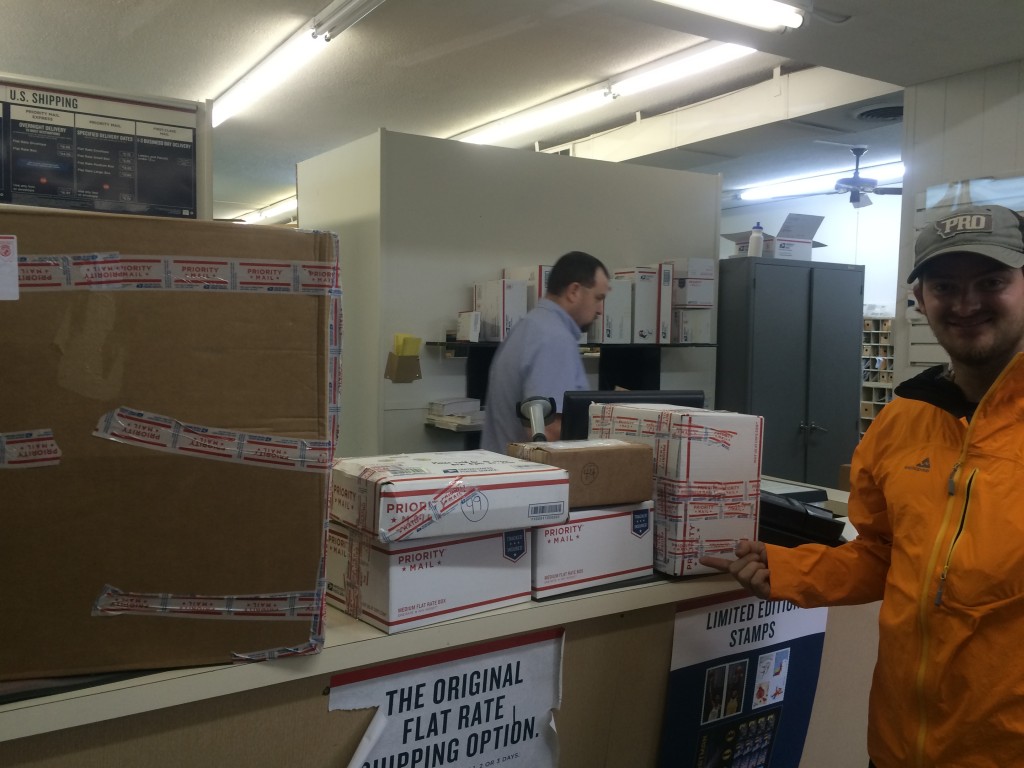 -Bounce box = great idea, usually executed badly. There’s this mindset on a thru-hike that if you don’t send yourself the tube of toothpaste to the next state, you’ll never get toothpaste again. We had a stupid bounce box that we shipped from Georgia to every state until Massachusetts before we realized we had spent the cost of everything in the box ten times on postage. Send the stuff home, or don’t try to resupply yourself from the bounce box. Mailing stuff is expensive, and when you need to refill Advil, the box probably won’t be in that town and you’ll end up buying it again anyway. The amount of money you can waste by mailing stuff ahead is insane.

-Why are you sending your old hiking clothes home? I sent old sneakers back to Montana. When I got to Montana, I threw them out. Send your unwanted gear back if it’s still in good shape, but old shoes? Come on. The exception is your cold-weather stuff: most people sent their winter stuff ahead by the middle of Virginia, and got it back somewhere in New England.

-Mail drops are hit or miss. There are a few places—Fontana Dam, the NOC, the end of Maine—where it’s expensive and inconvenient to resupply food, so mail drops work great in those spots. But we saw many people sorely disappointed with their pre-trail selves as they received a drop in each town that contained the same food as the ones for the past 1,000 miles. These people were great resources, as they were constantly trying to pawn off their food on other hikers. 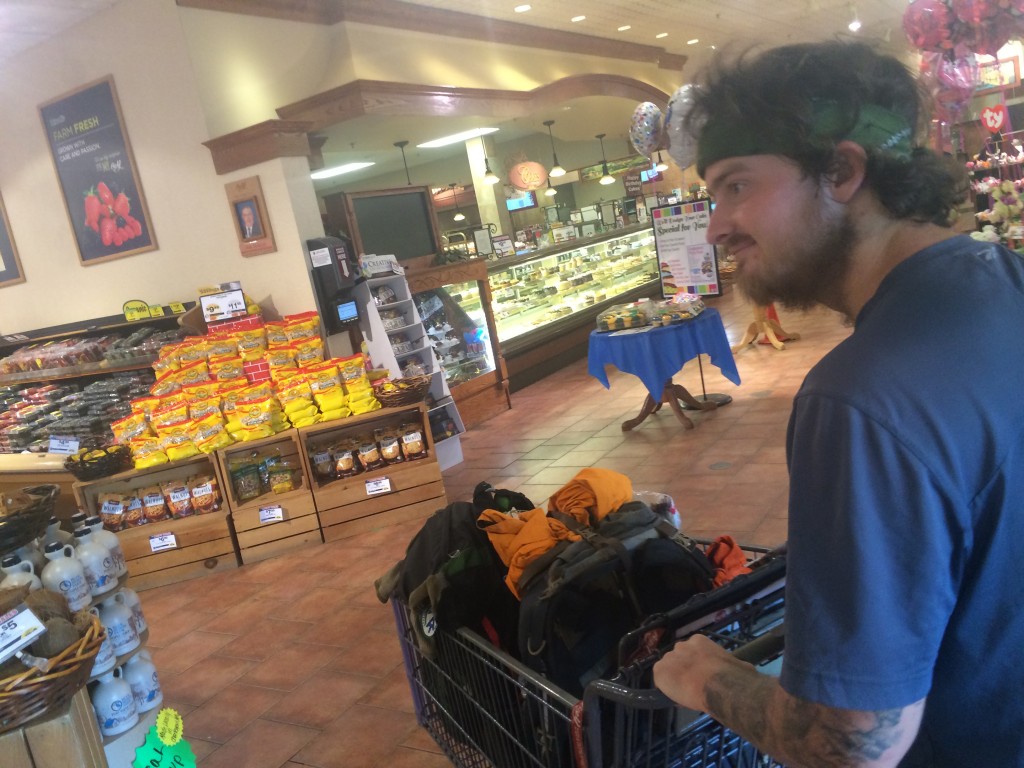 -Buy only what you need until your next resupply. If you have a ton of food left over by the next town, you might end up trashing it in hopes that the next flavor of Rice Sides is going to taste different than the last five varieties. Also, hello pack weight.

-Did you get a mail drop? Use it. If you spent the money putting together a drop for yourself and the postage to send it, eat that food! Resist the urge to pick up your box and then swing by the Dollar General for “just one thing.”

-Restaurants are expensive (except Pennsylvania). It’s tough to say no to a cheeseburger after eight days of stale trail mix, so a good strategy is to limit yourself to one restaurant meal per town stay, then buy food from a grocery store for the rest of the time. Pick stuff that you can’t take on the trail, and it’ll feel like a special treat. I had insane cravings for plain Cheerios during my thru-hike. I would pass up a restaurant meal to sit alone on a curb and eat an entire box of Cheerios and a half-gallon of milk. And it cost around $5.

4) Gear: The Spending isn’t Over till it’s Over 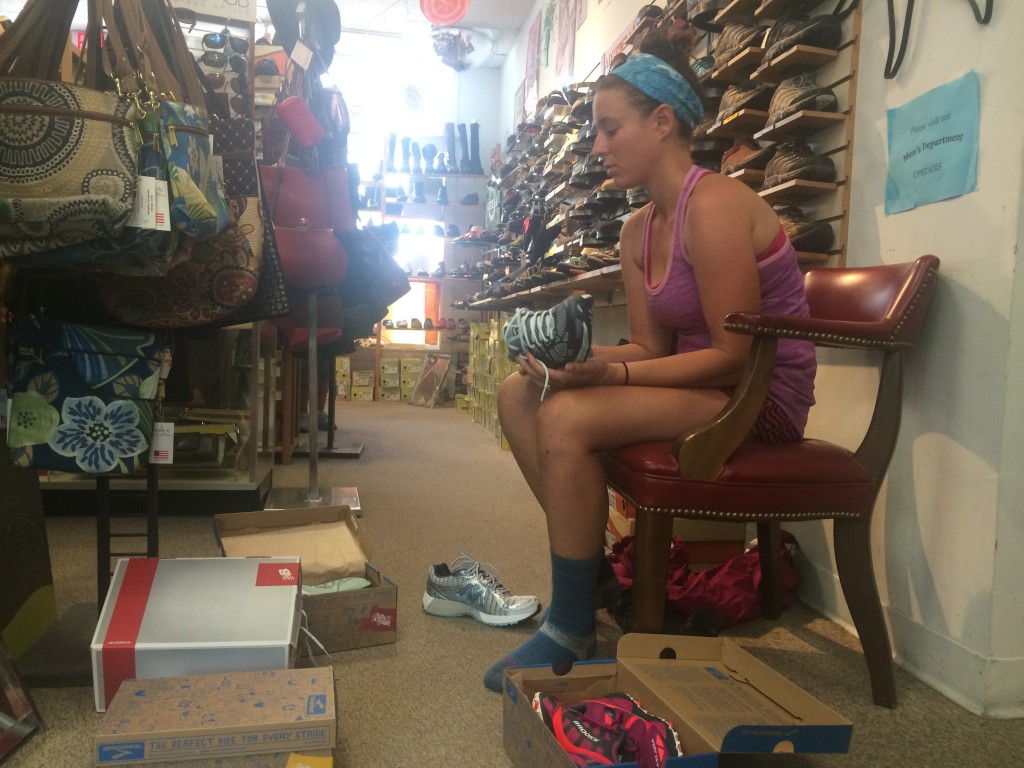 -Resist the urge to buy the newest gear that conveniently came out right as you started your hike. Chances are it’s the same thing you already own, maybe with better packaging. We bought nearly all new gear before our hike, and ended up replacing almost everything within 500 miles because “other stuff looked cooler.” By Damascus, we had a new stove, new packs, a new tent, new sleeping pads, and every trendy gadget Rocky laid eyes on. There was even a brief, unfortunate purchase of a GoPro that lasted a week, plus a Garmin watch… also sent back. Moral of the story: If you’ve got gear that works, be happy with it.

-Repair, don’t replace. Duct-taping the torn webbing on your pack adds character. It says: I have fallen through the brambles. I have been thrown off a ledge. I have been feasted on by mice. The more battered your gear, the cooler you look. Shoes are the exception: we saw people who wore one pair of shoes for 1,500 miles. There’s no way my high-maintenance feet could have survived that, so I had to endure the stress of on-trail shoe replacements several times.

-If your stuff does break, consider a cheaper replacement. Pack cover leaking? Line your pack with a garbage bag. Tent footprint tear? Tyvek works just as well. Lose your $25 titanium spork? Keep the plastic fork from your next town stop. (Why did you have that spork in the first place?)

-Congrats on your technical hiking clothing, but you’ll probably be decked out in WalMart Couture by the time you hit Harper’s Ferry. When your $90 space-age-fabric hiking shirt finally rips, the local thrift store has a great selection of sexy neon cutoffs from 1996 you’ll look great in.

All told, Rocky and I each spent about $5,500 on our hike, including purchasing both gear setups twice. Financially speaking, there are a lot of things I’d do differently if I were to thru-hike again, and if you’re smart, you can do it for a lot less than we did. Did you thru-hike on a budget? Did you succeed? Let us know what you did to make it happen.