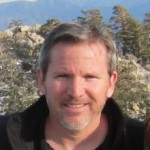 How to Vlog Your Thru-Hike: 5 Easy Steps

A thru-hike is difficult enough without making videos along the way. But if you’ve decided to vlog your thru-hike, the following tips will help you create more compelling videos for your viewers.

You can find these tips illustrated in many great thru-hiking vlogs. While not claiming greatness for myself, these tips also reflect the lessons I learned while vlogging my thru-hikes of the Benton MacKaye Trail, the Sheltowee Trace, and the Appalachian Trail. 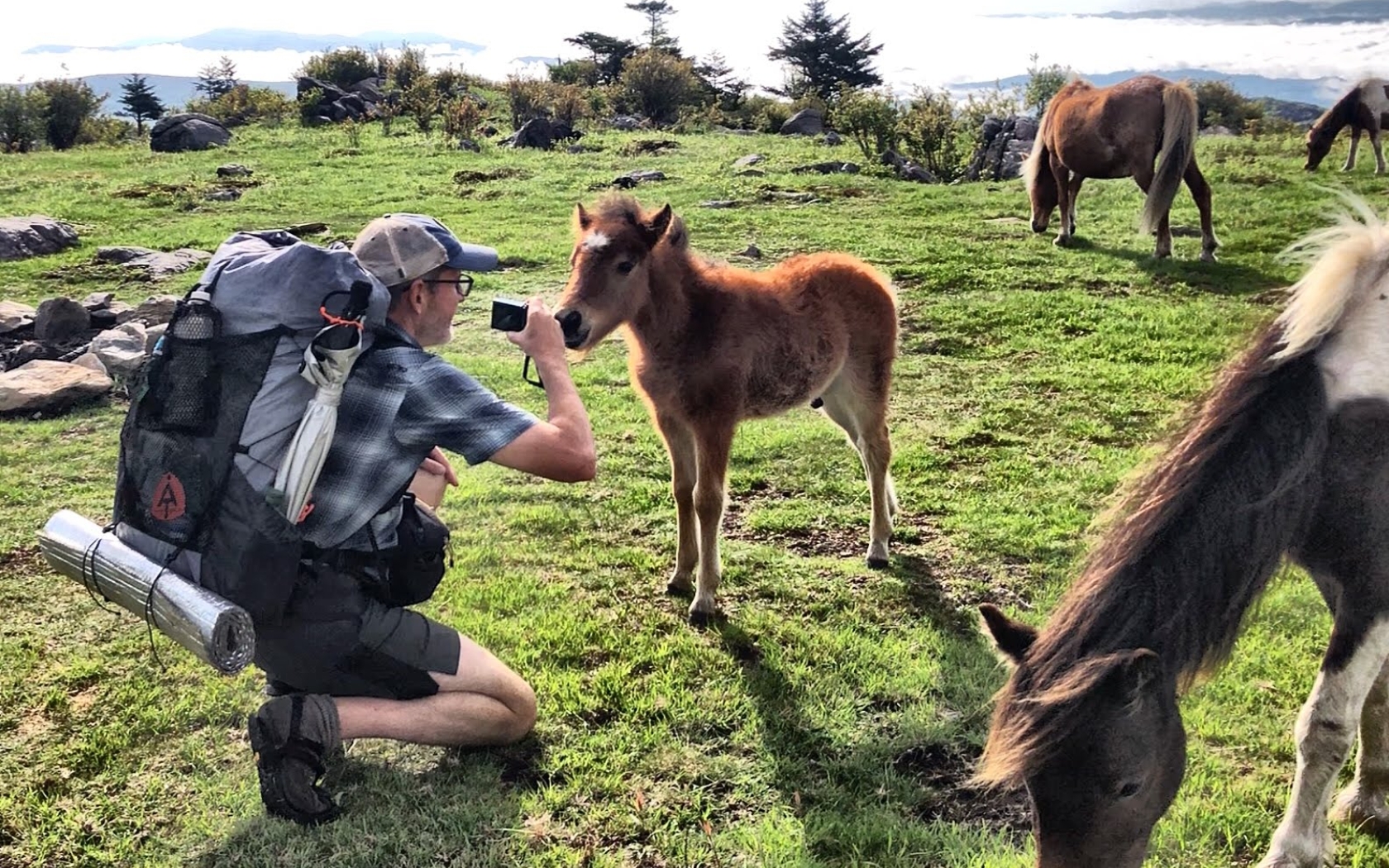 A good outdoor video is not just a series of views and events arranged chronologically in time. Instead, your experiences must be re-shaped into an interesting and understandable story.

The basic framework of a story is simple: a beginning, a middle, and an end. In the beginning, you introduce your viewers to the essentials: your characters (just you, most likely), the setting (the trail you’re hiking), and your goals (to finish in one piece, to fix something about yourself, and so on).

In the middle of your video, you introduce the obstacles to your goal. These obstacles will create conflict and tension that will keep your viewers watching until the end, when you’ll comment on the success or failure of your journey.

As a thru-hiker, your journey naturally presents itself as a story. Even if your planning is flawless, there will be plenty of obstacles along the way. But it’s not quite as easy as this.

While your series of thru-hiking videos will have a built-in story arc, you should also try to shape each individual episode according to the same formula. This can be done in at least two ways: by presenting mini-stories within the larger story, or with theme-based episodes in which you zoom in and explore some aspect of your larger story.

By means of your narration and editing, you can keep your viewers watching on two levels, both the story of your grand journey and the separate stories presented in each individual episode. 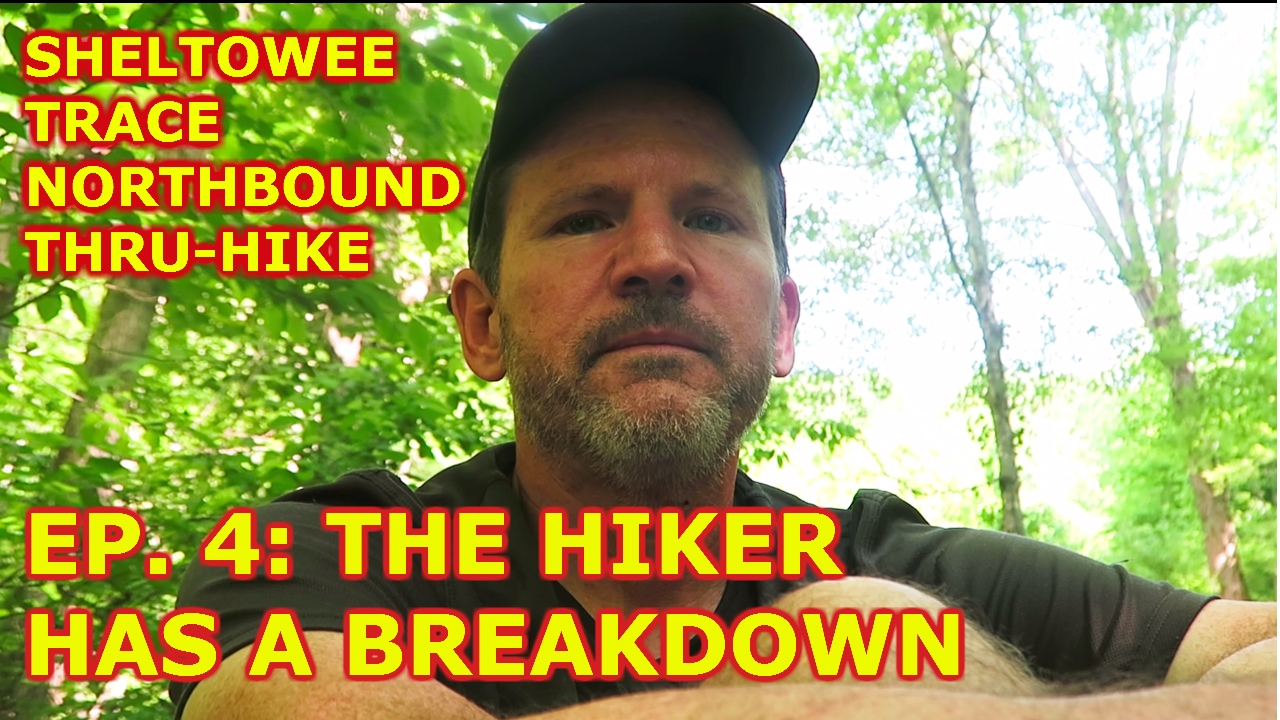 2. Narrate in the Present Tense

The feeling of immediacy is important to viewers. Aim to show your thru-hike as it’s happening, rather than telling your viewers about it later.

You’ll know you’re “showing” rather than “telling” if you pay attention to the verb tense you’re using as you narrate your video — present, past, or future.

Present tense is perfect: it means you’re talking about something that’s happening now. The viewer is right there with you.

Future tense can also be okay: you’re telling viewers what’s coming next, and this might plant a hook to keep them engaged.

Past tense, however, can be a problem. Now you’re telling the viewer what happened earlier when your camera wasn’t on. Your viewers missed the action, and you missed an opportunity to tell your story as it was happening.

Here’s a trick to keep you focused on the present. When something goes wrong, get your camera out. Film the obstacles to your goals as they’re happening.

Do this, and your video will unfold in real time rather than being nothing but a series of progress reports or end-of-day recaps. 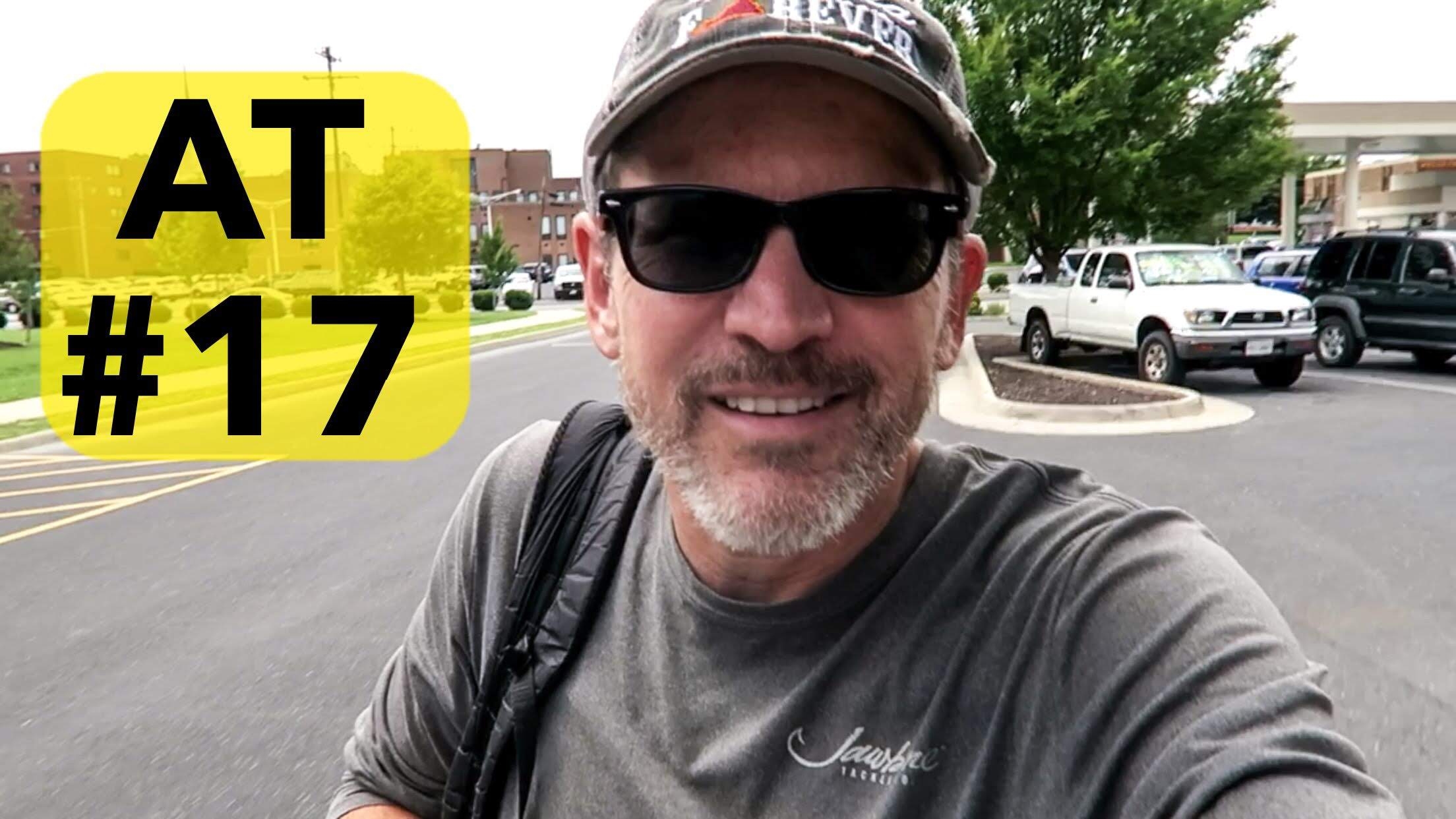 I don’t have much to say about technique. That’s because story trumps technique. If your story is compelling, no one will care how much your camera cost or how many pixels it can cram into each square inch.

What viewers want is a real-life person experiencing real-life challenges. That’s why they’re watching your thru-hiking video rather than something more polished on Netflix.

Not only is it okay to embrace the YouTube vlogging ethic, but it’s also expected of you. You’re not making a documentary film but a YouTube video. Don’t be embarrassed to identify yourself as a vlogger.

Your models should be the best YouTube vlogs, not the best Hollywood documentaries. Casey Neistat, not Ken Burns. Short, not long. Fast-paced, not plodding.

As much as possible, tell your story with images. Use your narration to fill in the gaps. Your narration should be honest and reflect your personality. Unless you’re naturally portentous, don’t be portentous. Big ideas work great in documentary films. In your thru-hiking video, on the other hand, viewers would rather hear about your breakfast than your proposals for fixing the global economy. 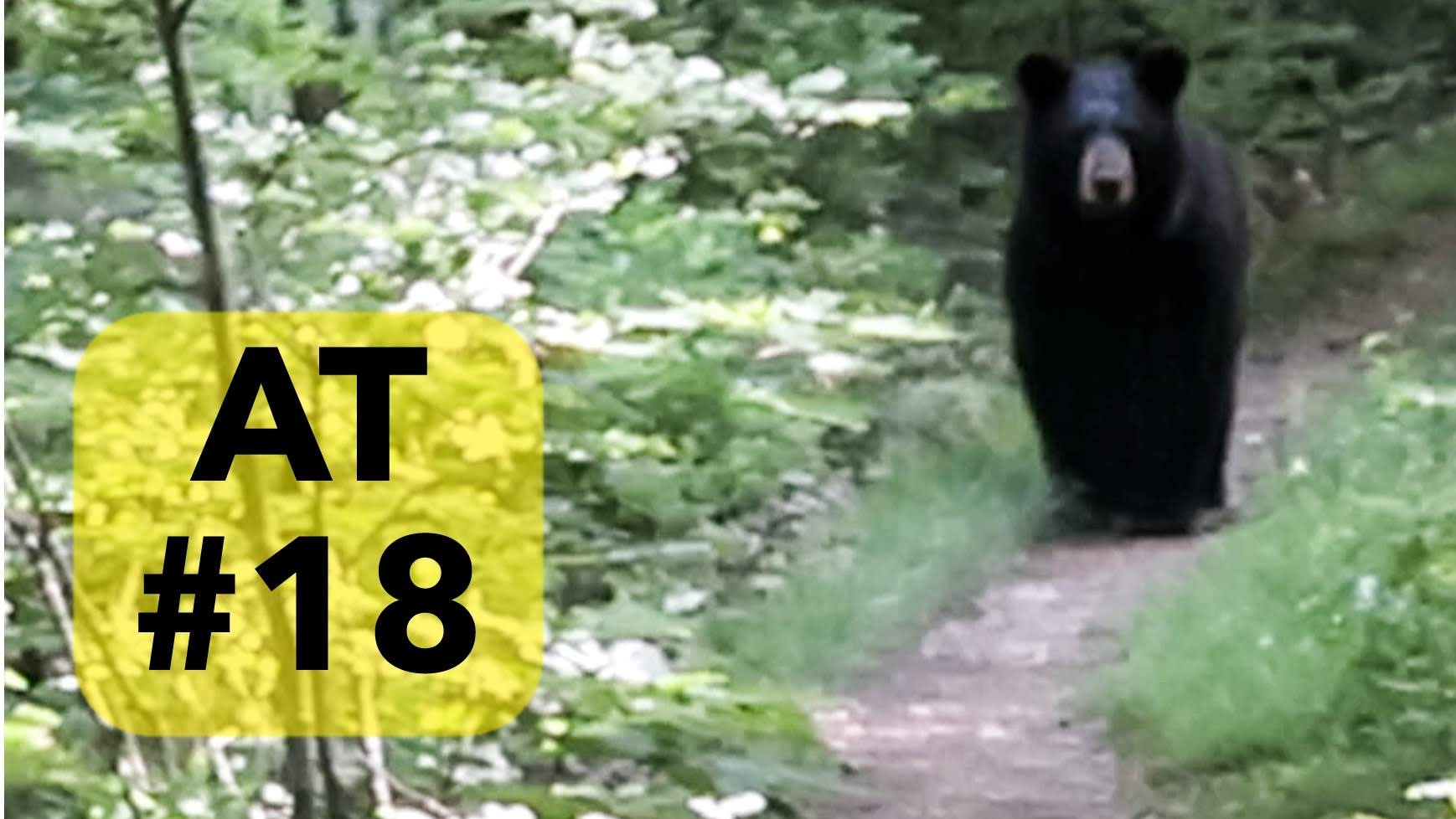 4. Talk about the Trail

The setting is an important aspect of any story. Through your filmed images and your narration, you should project a vivid sense of place.

It’s not enough to identify the trail you’re walking. Instead, aim to provide enough information that a viewer could find your precise location on Google Earth. Name and describe geographical boundaries, prominent features, bodies of water, mile markers, and so on.

Keep on the trail and you won’t get lost. Don’t let your viewers get lost either. 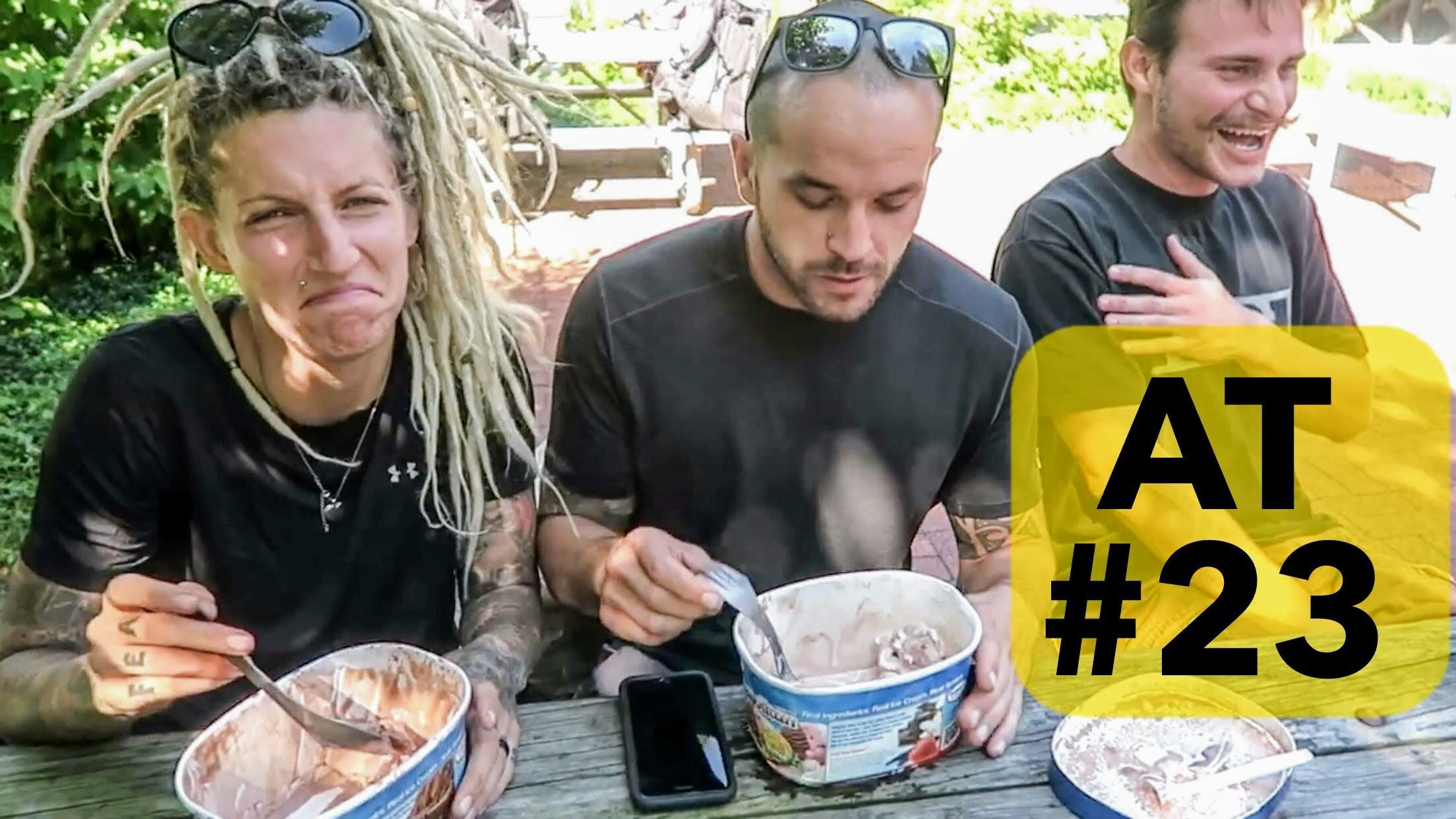 Music can create a mood that helps you tell your story, but it can also ruin your video.

Musical tastes differ. If you decide not to use any, few will complain. But once you use music, complaints will follow, even if your taste in music is impeccable.

The wrong music can also detract from the immediacy of your story. A common use of music is to create a nostalgic mood. Another is to heighten the sense of a thru-hike as a romantic adventure. If overused, it can leach your video of its immediacy and authenticity. Your videos will become more dreamlike than lifelike.

Another common use of music is to complement the extra footage —the “B-roll” — you’ve accumulated and don’t want to waste. If these scenes are just extra padding, remote from the heart of your story, it’s often best just to save them for later. 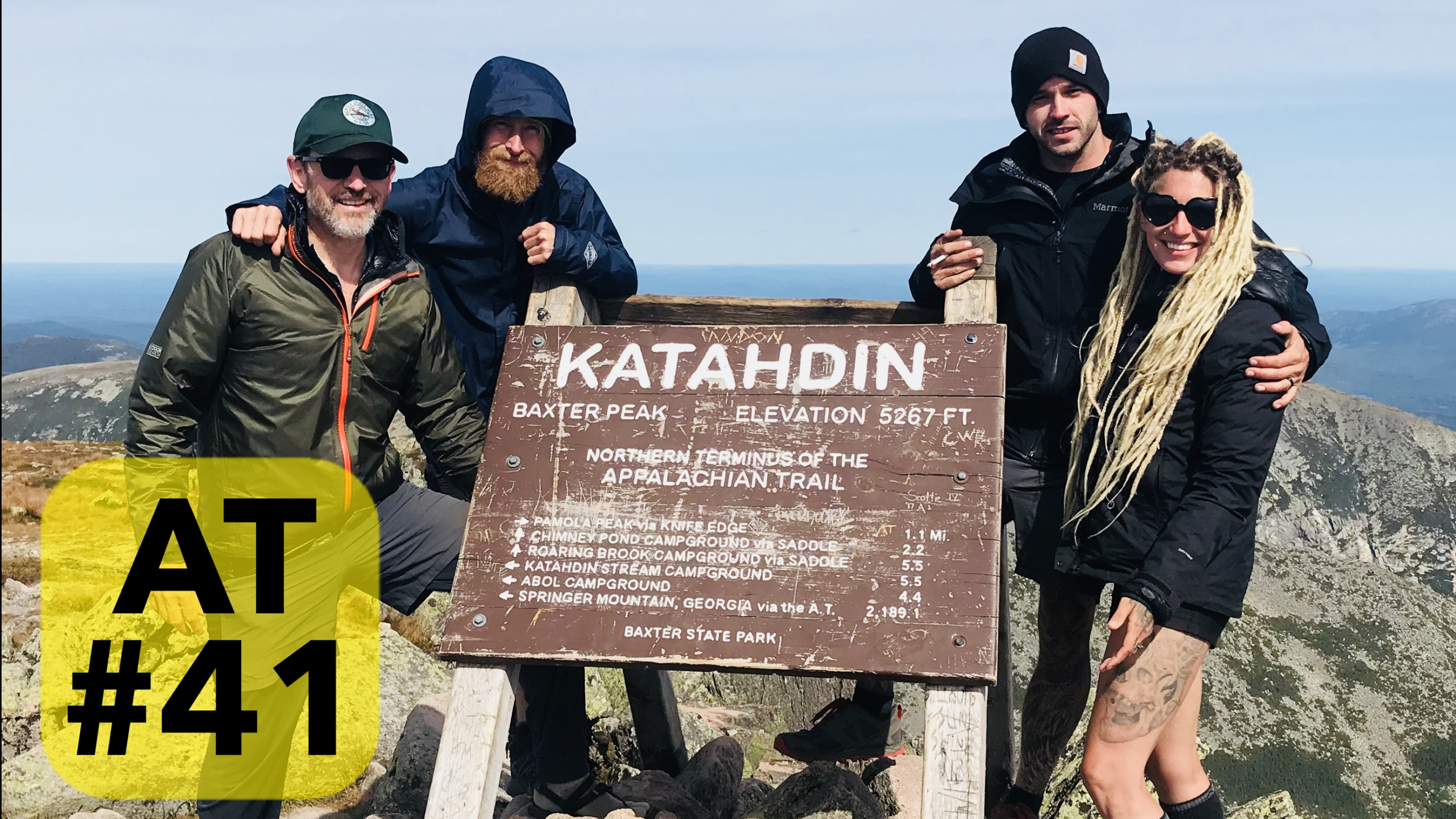 And That’s a Wrap

If you disagree with my ideas about what makes a video compelling, no problem. It’s such differences in approach that give rise to new and original thru-hiking vlogs.

So break the rules if that’s what you want to do. It’s only a YouTube video, after all.

Even in breaking the rules, however, consider the mantra of “story first.” It’s the one suggestion I won’t easily discard — even if sometimes, it turns out to be merely aspirational.

Hi! I'm a longtime backpacker who enjoys section hiking. But I've also thru-hiked and vlogged the Benton MacKaye Trail (2016), the Sheltowee Trace (2017), and the Appalachian Trail (2018). My YouTube channel is "Evan's Backpacking Videos," where my long compilation video about my AT thru-hike is closing in on a million views. For more biographical information, see www.EvanSchaeffer.com.