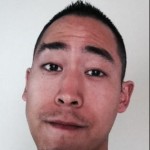 Socrates — ‘He who is unable to live in society, or who has no need because he is sufficient for himself, must be either a beast or a god.’

I feel like I’m a waste. I never learned a craft. I don’t know how to play any instruments. Never even aspired to be a DJ (thankfully). I don’t have any particular skills that would make me a valuable contributor in a world without technology. This is the most I’ve ever written in any form if it didn’t involve school. School is basically all I have worked for and I passionately disliked almost all of it. Partially because I didn’t learn much. I gained invaluable cerebral superpowers from the International Baccalaureate program I did in high school, but university left an unsettling feeling of disgust that slowly permeated through my soul.

I have always allowed myself to be dissuaded from exploring something that actually interests me. I’m obviously just another privileged kid who feels cheated and people would kill to be where I am. I’m still practically a kid at 24 years old so what do I have to worry about? Well here I am looking over the fence. I don’t want to be sitting on my butt. I want to work with my hands and move. I have an able body. I have a thinking mind. I can learn and pull my own weight.

Let me work a farm for a few months. Let me make experiments in your garage. Give me some space in the yard so I can plant something or start composting.

Like many other people seeking thru hikes, I’m looking for personal growth. There’s one particular moment in my college days that has left a nagging feeling inside of me. I was procrastinating for an economics class years ago when I came across an NPR podcast called “How Money Got Weird”. The guest was a man named Satyajit Das who pointed out –

“The best and brightest went into finance because… it paid better than every other profession. So we had this whole generation of people — who would have been great scientists, great doctors, great creators of other things — attracted to a business which ultimately only provided, to a substantial degree, toxic waste. And that is the tragedy of our time. … It was this diversion of enormous amounts of talent.”

This is where I should have started embracing “insanity”. That was the point in my life where I increasingly sought out the rabbit holes of the internet and discovered gold. Gold that comes in the form of bowel movements which ironically have more to offer than a brick of actual gold. I’m talking about bull crap here. The kind of bull crap that makes you think outside the box. Stoned Ape Theory by Terrence McKenna kind of crap.

Excuse me, I couldn’t help but go off on that mind expanding tangent of nonsensical BS. I just love that kind of stuff. That’s why i’m writing this before leaving for the Appalachian Trail. An insanity plea seems important. Its a plea to let me be. Allow me to seek contentment and my own way of doing things. Don’t judge me for doing something selfish and seemingly illogical. In my mind, i’m stepping towards the essence of life. I can try to justify why this is important by quoting some of my favorite dead people. If you’ve been reading my trail journals, you know I have to include Marcus Aurelius,

“the object of life is not to be on the side of the majority, but to escape finding oneself in the ranks of the insane.”

But really I started writing this with Terrence McKenna in mind. Marcus Aurelius was a roman emperor and you have to respect that. Terrence Mckenna was the kind of crazy person most people would want to distance themselves from. There are two particular messages to the world that Terrence Mckenna gave which resonate with my current predicament in life.

1) “The cost of sanity in this society, is a certain level﻿ of alienation”

2) “If you don’t have a plan, you become part of somebody else’s plan.”

Here’s to a new beginning with white blazes as my guide. I’m open to the experience and expecting hardship. I want to suffer. I want to fight my way forward. I want to go around an unexpected bend and have no idea what’s coming next. This is about self dependency, self discovery, and connecting with others in a more personal way. I don’t want to get distracted in nit-picking trivial things like what kind of knife should you carry or what the best tent is. Well, does it work for you? There ya have it.

Tell me about the scariest experience of your life. Something you regret. A fear of yours. What do you dream of? Show me something about yourself that I wouldn’t pick up in a normal conversation with you. I don’t care about the Olympics, Superbowl, or if I ever see what happens in the Walking Dead. I don’t care about what part of the world you come from or which team you root for. What’s fundamentally important right now?

I hope to see you on the trail of life. 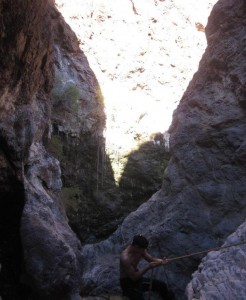 I'm a self proclaimed unprofessional life coach. Let's keep this simple. I'm born and raised in New Jersey. The highlight of my time there was spending 1 month in Special Ed during elementary school. I moved to San Diego when I was 14. I'm fairly convinced that at least 100,000 thousand virgins were sacrificed to the San Diego weather gods. I'm trying to run away from this Satanic solar panel of a city that always has 69 degree weather of pure sunshine. I did go to college at University of California Riverside and got a BS in Business Administration. But what do you care? This blog is about the Appalachian Trail. That trail that stretches ~2,100 miles from Georgia to Maine. Witness my incognito inner hippy come out, read my nowhere stories, and be inspired by my terrible life advice. By terrible, I mean excellent. For example, my adventure on the Appalachian Trail will be one hell of a terrible experience. It will be totally titties. Tag along on my journey to see the trail from the mind of a "special" guy with mild outdoor experience. This will be interesting, I promise you that. I don't make detailed plans, have any sacred vows to keep, or have anywhere I need to be. I've put aside 6 months of my life for an open experience with one simple objective: follow the white blazes. If I start chasing a plastic bag and get lost, please help. www.trailjournals.com/affirm www.facebook.com/affirm2014