(Updated 7 a.m. MT, April 11) Sandra Visentin spent more than a year planning her Appalachian Trail thru-hike. She quit her job as corporate communications coordinator at Disneyland Paris in December, rented out her apartment, and moved in with her parents.

On Thursday, March 12, she woke up to learn that all flights from France to the United States were banned for 30 days because of the spreading COVID-19.

“It has been a pretty crappy and emotional day since I woke up to the news this morning,” Sandra said.

After President Donald Trump announced a ban on travel to the US from 26 European countries hikers began scrambling to make their long-distance hikes in the US still work. The ban has been extended to other countries since then. 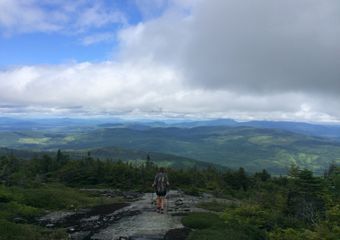 Hiking in the Age of Coronavirus: What to Consider(Updated 2:41 p.m. ET, March 19) On March 11, Barney and Sandy Mann—aka Scout and Frodo—sent an email notifying hikers who had signed up for their hostel and shuttling service that they were postponing their season until at least April…Read More 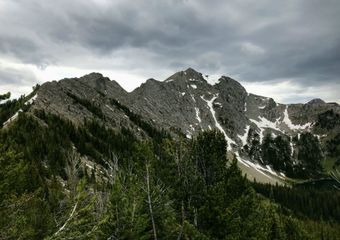 Trail-Related Closures, Reopenings Due to COVID-19(Updated 7 a.m.. MT, May 28) The Trek is committed to providing the latest news on trail-related closures, postponements, and cancellations due to the COVID-19 outbreak. If you know of any closures or cancellations not on the list below, please…Read More

Fallout from COVID-19 is rippling across the Appalachian and Pacific Crest trails.

But perhaps the biggest blows were messages the week of March 15 from the Pacific Crest Trail Association, the Appalachian Trail Conservancy, and the Continental Divide Trail Coalition asking thru-hikers to either get off trail or not start their hikes.

Nonessential travel in much of the US has been banned, and the annual Trail Days festival in Damascus, Virginia, has been canceled.

The  annual Flip Flop Festival also has been canceled. The sixth annual festival was to be April 25-26 in Harpers Ferry this year.

National parks, state parks, and shelters have been closed on the PCT and AT.

Trying to Make Their Hikes Work

International hikers affected by the travel ban face an additional challenge because of the Pacific Crest Trail’s permit system. Permits are issued for certain dates, and hikers are encouraged to start on that date.

Marijn Keuken of the Netherlands was left wondering how she will do her PCT thru-hike after travel from Europe to the US was banned for 30 days.

Marijn Keuken of the Netherlands has a PCT permit that falls inside the ban.

She has been dreaming about hiking the Pacific Crest Trail for six years, and has been actively planning for a year and a half. She turned down opportunities to advance in her career so she could hike. And now she’s scrambling to make her PCT trek happen. 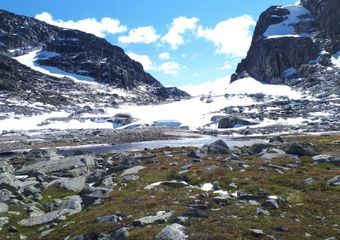 Trump’s Europe Travel Ban Shatters My HeartPresident Trump announces that travel from parts of Euorpe to the United States will be suspended for the next 30 days. I am feeling overwhelmed with emotions and thoughts. This post captures a snippet of them.Read More

Her permit is for April 10, within the 30-day flight ban. She was scheduled to fly to Portland, Oregon, on April 2 to prepare some resupply boxes. Both those dates are off the table unless the travel ban is altered.

“If the ban ends after 30 days I would still be able to do a NOBO thru, just start a little later,” she says. “I am sure I can work something out with other hikers with the permit date. If the ban gets extended (that’s what I expect to happen), then it would be more difficult to still go NOBO. If that’s the case, I will definitely consider hiking SOBO this year.”

Sandra also considered how to hike within the confines of the travel ban.

“My flight was scheduled next Friday, March 20, but I’m not giving up just yet,” she says. “I am still debating between either leaving Paris next Friday as initially planned and spend two weeks in Canada or South America and then fly from there to the US after being cleared (need to be out of Europe for 14 days) or wait until the end of the ban and fly straight from France to the US.”

“In both cases I have to delay my departure and hope I can make it to Katahdin before it closes mid-October, or do a flip-flop.”

Sandra’s preparations for her trip haven’t been easy.

She quit her volleyball team and club, packed her belonging in boxes, and rented out her apartment in January.

“Since then I have been living at my parents’ place across town to save a few months of mortgage and be financially free of charges when I’ll be on the AT,” she says.

“I tried twice to get the B2 Visa after being rejected the first time, spent so much money getting all the ultralight gear, bought my nonrefundable plane ticket to Charlotte, NC. And found awesome friends to take care of my dog for six months.”

Like Marijn, she isn’t certain the ban will last only 30 days.

“The US could either extend the ban for Europe or to other countries so I’m not sure what’s my best move just yet,” Sandra says.

But she isn’t giving up on her hike.

“I’ll come and hike the AT; there’s no walking back. Looking on the bright side, I don’t have a job waiting for me so I can extend my travel.”

In the end, Marijn decided it was not possible to do a thru-hike this year.

“I won’t be thru-hiking this year,” she wrote on her Trek blog. “However, I am definitely attempting again in 2021. The trail will always be there and so is my dream. I’m not giving up on my desire to hike the PCT. I will take this year to grow as a nurse and mentally prepare for next year.”

“I feel sad, but also more determined than ever,” she says. “Right now I might be storing away my gear, but I know that I will bring it out again. I am already looking forward to the day I will be using my gear on the Pacific Crest Trail.”