“Into the Wild” Bus Removed From Alaskan Wilderness

The bus made famous by the book and movie Into the Wild was removed from the Alaskan wilderness after it was deemed a hazard to hikers.

Two people drowned in the Teklanika River while trying to reach the bus in 2010 and 2019. The Alaska National Guard said at least 15 others have had to be rescued while trying the reach the bus, known as Bus 142 and the Magic Bus.

Into the Wild, written by Jon Krakauer and published in 1996, retraced the route  of Christopher McCandless, 24, to the bus, and his death there in 1992. Sean Penn directed the movie in 2007. 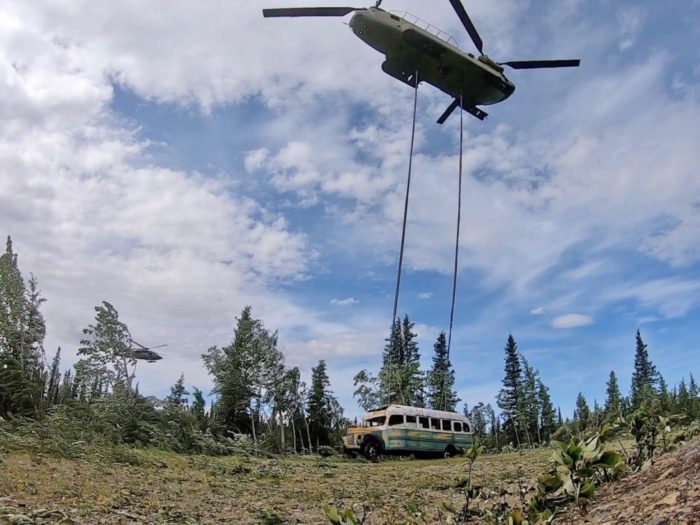 An Alaska Army National Guard helicopter carried the bus from its spot about 25 miles west of Parks Highway, near Healy, Alaska, on Thursday, June 18, to an undisclosed location. The state has not decided what to do with the bus, which had been abandoned on the Stampede Trail near Denali National Park since the 1960s.

Dan Saddler, a spokesman for the Alaska Department of Natural Resources, told the New York Times that the bus might be put on public display.

“Mostly, we’re glad that we’ve taken action that will avoid future deaths and injuries and search-and-rescue costs,” he told the Times. 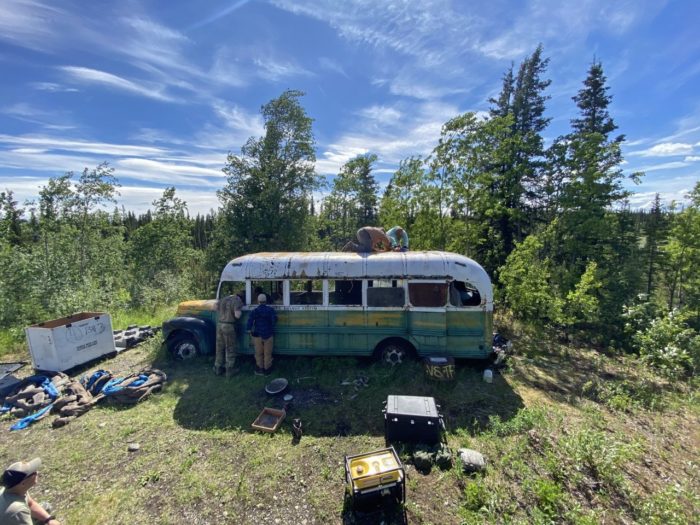 Into the Wild chronicled McCandless’s odyssey from East Coast privilege to shedding the trappings of modern society. He set up camp in the bus for more than 100 days before dying of what medical officials determined was starvation. 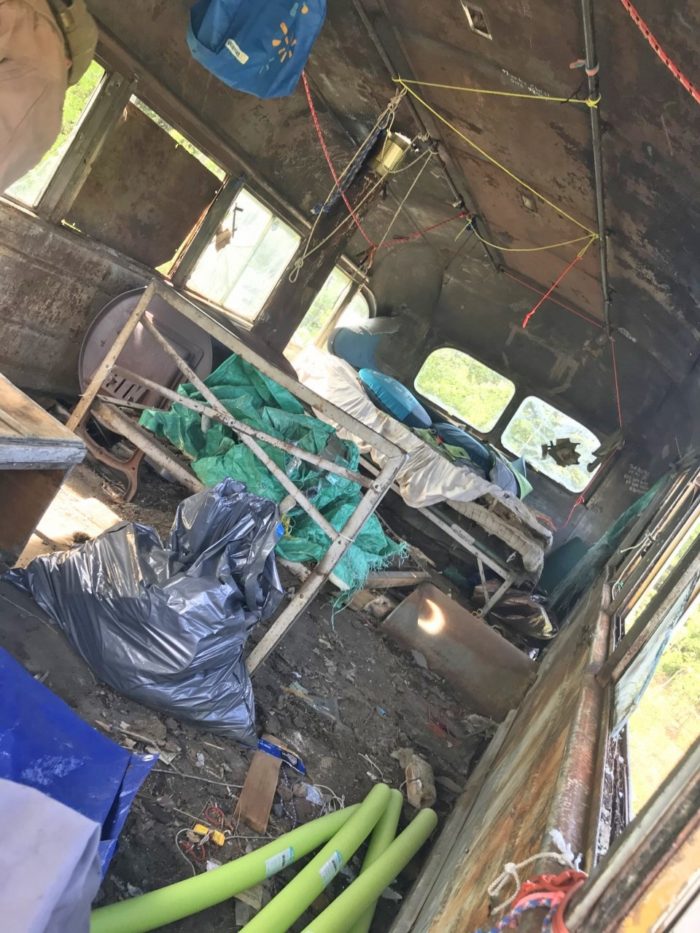 Some saw McCandless as a modern Thoreau, while others argued that his inexperience in the wilderness cost him his life.