Introduction to the Vancouver Island Trail

The Vancouver Island Trail (VIT) is an approximately 800km/500mile-long trail that stretches across the entire length of Vancouver Island off the west coast of British Columbia, Canada. It begins just outside of the provincial capital of Victoria in the quaint suburban district of Oak Bay in the south and ends at Cape Scott on the wild and windswept northern coast. The beauty of the temperate rainforest is front and center as the trail meanders through lush river valleys, climbs up and down the North Vancouver Island Ranges, and hugs sandy coastlines. The trail incorporates old railway grades, forestry roads, and single-tracks, along with some beach walking and alpine route-finding in its journey across the island and its diverse geographies.

The idea of a trail spanning the length of the entire Vancouver Island was first dreamt up by Gil Parker, after his thru-hike of the Pacific Crest Trail in 2005 when he was 68. He became the founder and first president of the Vancouver Island Trail Association (VITA). Parker had a career as a structural engineer before going into the solar energy business and holds an Honorary Citizenship from the City of Victoria. An avid hiker and mountain climber throughout his life, he has written many articles and four books, including a hiking guide for the north island region. 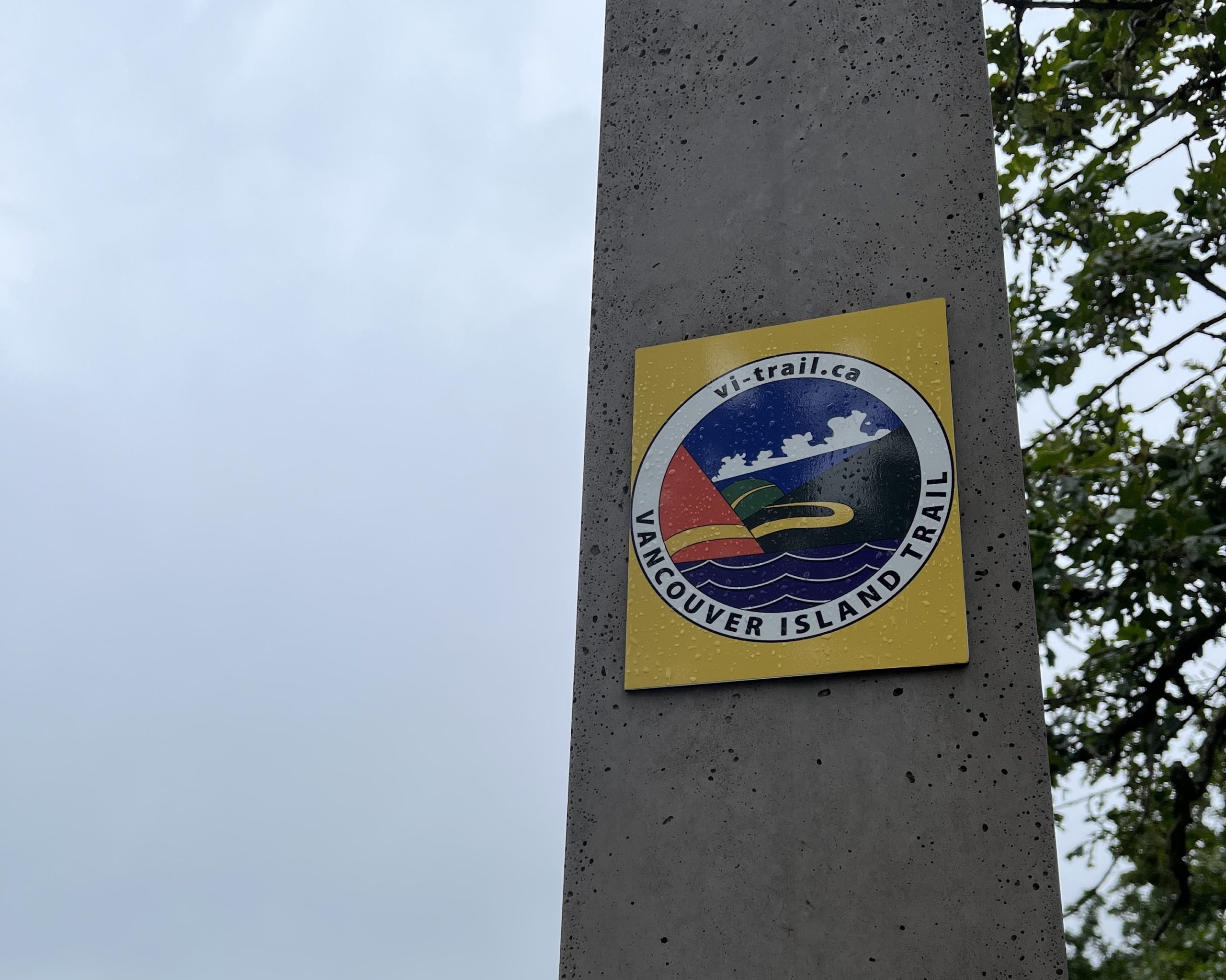 The Evolution of the Trail

The trail’s original name was the Vancouver Island Spine Trail, which reflected its primary conception as a high-elevation route along the so-called ‘spine’ of the island. However, a few years ago that term was dropped from the name. This was due to a number of reasons: first, as trail building efforts progressed, a preference for using already available infrastructure emerged, which diverted the trail out of remote mountains. Second, the VITA intended the trail to be for hiking, not mountaineering, and wanted it to be accessible to hikers with a range of experience levels for more than a few snow-free months of the year.

Throughout the route planning stages, a number of factors were taken into consideration. On top of using already established roads, railway grades, and trails (which make up ~350km), another ~350kms of trail had to be cleared and marked. These kilometers were carefully chosen so as to not interfere with resource-based operations, i.e. forestry. This meant routing the trail through riparian areas, old-growth management areas, and rocky, low-production areas to minimize interference with logging activities. 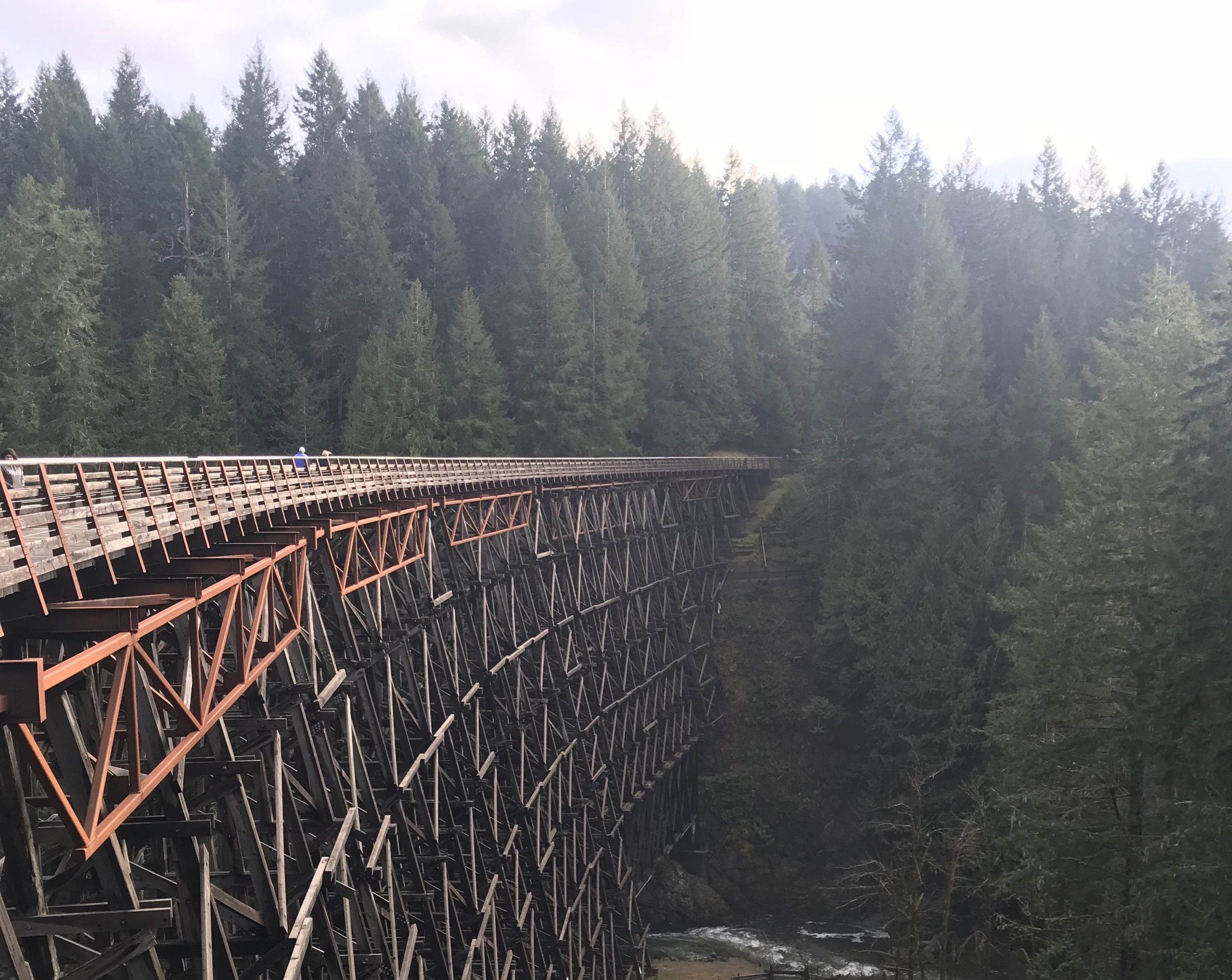 The Kinsol Trestle, part of an old railway incorporated into the trail.

On the Ground vs. On Paper

Up until a few years ago, the trail only existed as a few lines drawn on a map, cobbled together from speculations and satellite photos. Today, the trail route has largely been finalized and its entire length is now hike-able. From an on-the-ground perspective, it can accommodate travelers on foot wherever they might like to drop in. However, being hike-able and being officially open are two different things. The VIT has not been officially opened in its entirety – that is, it does not exist on paper in many sections where land-use agreements are still being negotiated. There is still a significant amount of administrative work to be done to officially designate the trail along these sections.

The Official Status of the Trail

The VITA, headed by current president and retired public servant Liz Bicknell, aims to “plan, build and maintain the Vancouver Island Trail in collaboration with Indigenous Peoples and stakeholders by linking existing and new trails along the length of Vancouver Island.”

One of the main responsibilities of the VITA is to maintain relationships with stakeholders and orchestrate ongoing discussions to work toward the trail’s official opening. These conversations involve First Nations as well as timber management companies that preside over various privately-owned resource tenures.

The VITA values input from First Nations involving trail design and permission for hikers to cross their lands. Many First Nations, both individually and collectively through councils and associations, are currently in the process of gaining legal recognition of their self-government as well as aboriginal rights and title. This is happening through the negotiation of modern treaties with the provincial government. Each First Nation is unique in its governing practices with respect to land use, land values, whether or not they are in the treaty process, and how much time and resources they have to devote to discussions with the VITA. This means the official opening of the trail in many traditional territories is at varying stages of realization.

In the case of timber management companies, discussions are currently hung up on the vague wording of the Transportation Act of 1994 that deals with the categorization of private and public roads. The issue involves how the designation of roads and trails as part of the VIT might affect private ownership of them. The VITA hopes to make progress on this issue by lobbying for clarity in updated legislation.

Upwards of 90% of the funding that the VITA receives goes towards trail building and maintenance activities – specifically, reimbursing groups of volunteers for the gas money needed to reach remote work areas. In the spring, volunteers scout out the trail and assess winter damage, coming through to clear blowdown and debris if needed. This year, due to the impressive amount of precipitation and stormy weather of the past winter, a section of the Salmon River trail required 15 man-days to clear, compared to the usual 1-2 man-days!

According to Director of Operations Terry Lewis, within the next year or so the VITA will switch from the trail building that has been the focus for the past few years to primarily trail maintenance activities. There are only two short on-the-ground ‘gaps’ in trail that need to be marked, which he hopes will be completed this year. 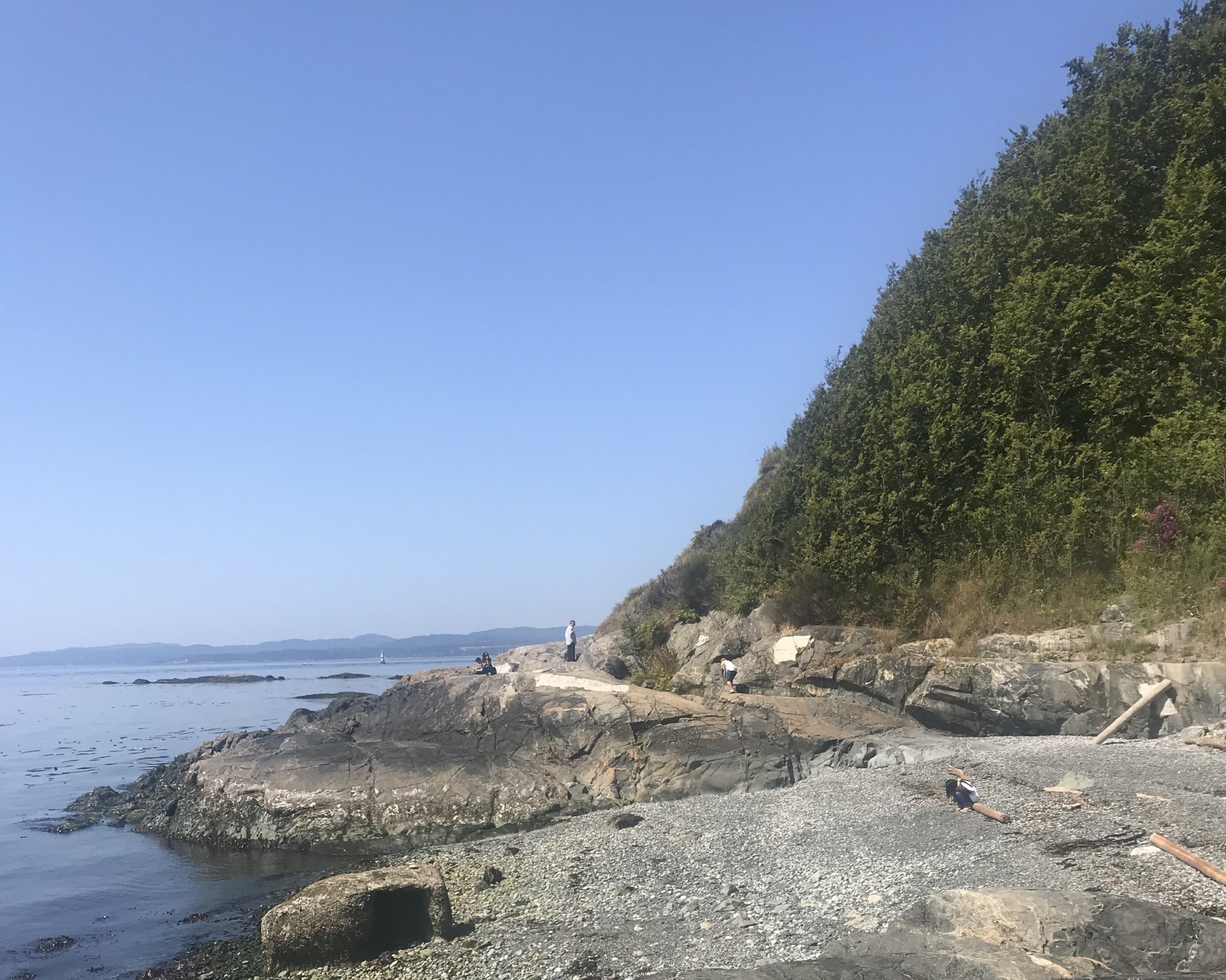 A secluded beach off the trail, close to its starting point in the city of Victoria.

In 2021, the VITA knew of around a dozen thru-hikers that completed the trail, and equally as many section hikers who embarked on large excursions on the trail. However, there is no formal system for keeping track of trail traffic, as hikers are not required to check in with the VITA. While backcountry permits are required for some of the Provincial Parks, and some stretches feature established campsites that collect fees, there is no general fee or permit needed to hop on the trail and start walking.

While the southern parts of the trail might be busier with their proximity to population centers (indeed, the southern end of the trail winds through the heart of a major city), the northern sections reach into more remote areas where the chances of running into other human beings, hikers or otherwise, drop significantly. The VIT, still unknown to many, may present more opportunities for solitude than busier long-distance trails.

Thanks to VITA Director of Operations Terry Lewis, whose personal communication provided some of the information found in this post.