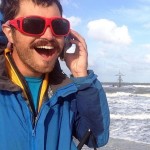 Invasive Species: The AT Under Attack

Non-Native Invasive Species (NNIS) take over and destroy habitats. Over the past hundred years, thousands of alien plants, animals, and assorted pathogens have been introduced into ecosystems. There are places similar to our forests all over the world but when one species enters, it enters without the checks and balances of its native land. When one species comes in, it comes without its predators and goes wild.

For instance, when a new grass comes in, it blocks out favorite native grasses of deer with foreign grass they wont eat. Their native grazing lands slowly change, dragging them out of a region and their predators with it. With nothing eating the grass, it can cover a forest floor, keeping saplings from becoming new trees. All of a sudden one species pushes a delicate, balanced food chain out of wack. The ecosystem changes and the effects alter the future of the forest. As dramatic as it sounds, its already happening all over the America and the Appalachian Trail.

Why isn’t this Natural Selection? 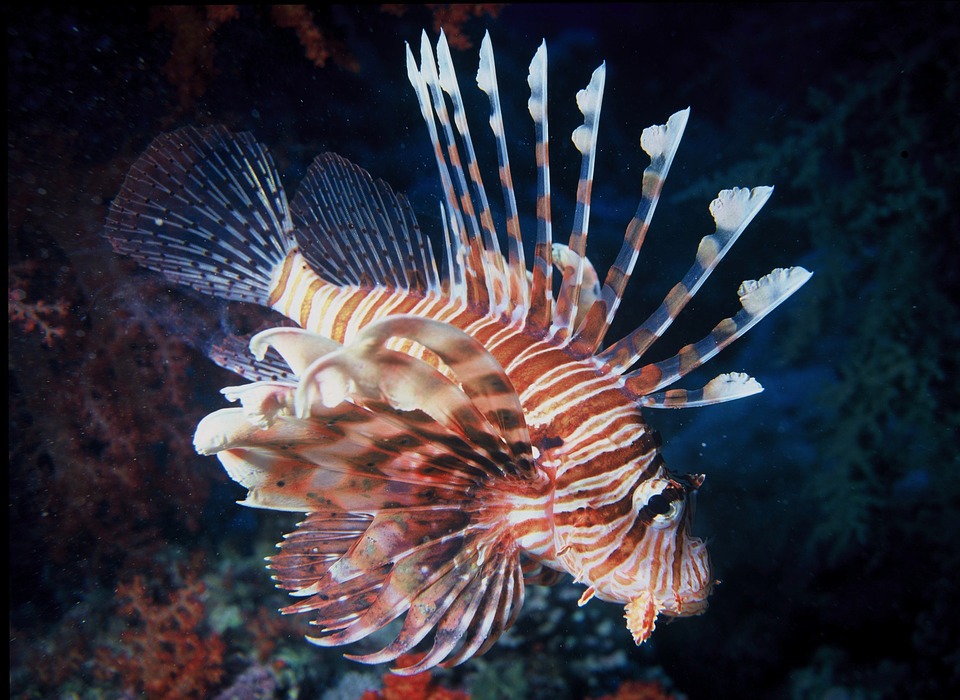 Champion of the Pacific, the Lionfish was dumped from a home aquarium into the Atlantic. Lionfish have been spotted from NC to Mexico.

Every instance of NNIS damage has been caused or worsened by human actions. Kudzu, Hemlock Woolly Adelgid, Snakehead Fish, Burmese Pythons, and Lion Fish are all a result of individuals introducing then to the wild. In the 1950s, someone near Richmond wanted an evergreen from every continent in her yard. She ordered a Hemlock from East Asia that came with a friend. That tree had woolly adelgid, a tiny insect that sucks sap from trees. In Asia, the trees are more resistant and other beetles regularly eat adelgid. In America, the pest went unchecked and spread all over the east. Today, you can find dead hemlocks all over the Appalachian Trail. In Joyce Kilmer Memorial Forest, so many massive hemlocks died that the Forest Service had to use dynamite to take them down. As if an introduced assassin wasn’t bad enough, trees are also being attacked from the ground up. 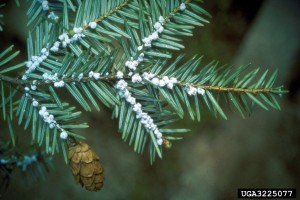 Hard to find a Hemlock with signs of Woolly Adelgid 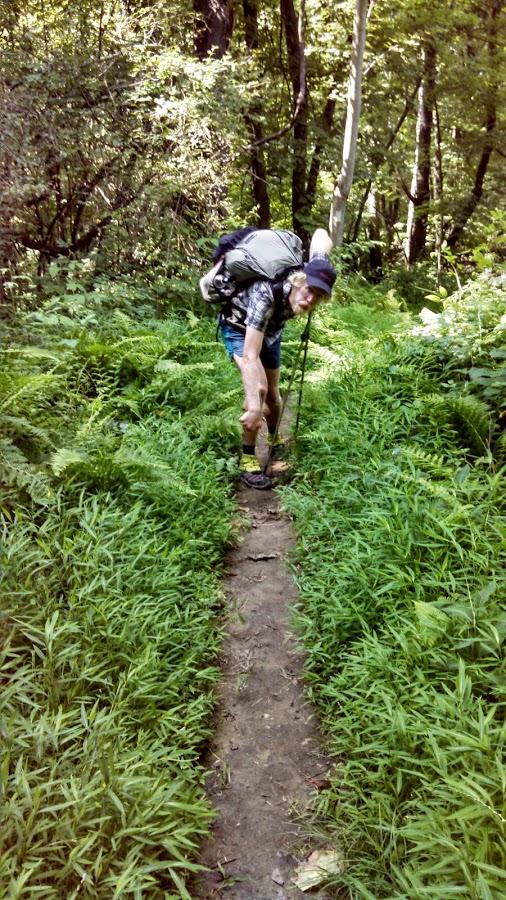 Around 1918, a box of fine Chinese Porcelain, arrived in Tennessee, packed with a common Asian grass. Seeds happily made the trip across the world to find a land where no other grass could compete. Japanese Stilt Grass (JSG) has spread from Texas to Florida to New York. It’s also all over the Caribbean, Puerto Rico, and the Virgin Islands. JSG crawls over the forest floor, letting out microscopic seeds with wind or contact. Without natural predators, it will continue to grow unless people intervene. Stilt grass covers the floor, suppressing native species and new trees. No baby trees keeps the forest from regenerating and slowly deforests the land. This is happening all over the Appalachian Trail from the Smokeys to the Whites. The grass from the far east is devastating our East. If you thought losing the nobility and shade of trees is bad, looks like the bugs will continue to get worse. 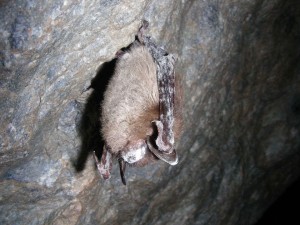 With an increase in average rainfall and temperature, mosquitoes are thriving. One of the biggest predators of the mosquito is facing a catastrophic blight. White Nose Bat Syndrome has killed millions of bats in the last ten years. Estimates have a population reduction of 80% in Northeastern states. Think the mosquitoes have gotten worse in the past few years? A single Little Brown Bat can eat hundreds of mosquitoes per hour. Hikers aren’t even feeling the worst of the bite; a rise in bug populations costs domestic farms over 20 billion per year in lost bug control. When studies showed cavers were likely spreading the disease across boarders, cavers across the country changed. Meticulously cleaning and scrubbing equipment after use and before travel, along with mass cave closures, has reduced the spread of the disease.

What this all means to Thru Hikers

The root of the problem is that we keep spreading invasive species after we introduce them. That makes people that walk from Georgia to Maine potentially dangerous. Unknowing thru hikers stand to camp on the seeds of invasive species, pack their tent up, and spread them along the trail. One of the most impressive things plants do is disperse their seeds beyond their stationary lives. Most invasives are at the top of their class at taking advantage of wind, water, and you. Don’t be part of the problem, fight the problem. Find out what you can do to help stop NNIS.

What Can You Really Do?

Don’t ignore the idea of invasive species and pests. These species were introduced by the human touch and are running wild. From national land management agencies like the Park Service to your neighborhood watershed association, our native ecology need your help.

If you’ve read (or at least skimmed) this far then you are off to a great start. Don’t forget to check and study up on invasive in the areas and specific practices for local pests before your next adventure. Cavers have to plan around white nose bat syndrome, horse packers should use seed free feed, and hikers should pay attention to seeds they pick up. Do not camp on fields of invasive grass. Find out what your local problems are and follow the responsible practices to slow their spread.

Whether you like it or not, hiking through invasive trails will leave you with seeds all over your shoes and clothes. Periodically brushing off your clothing and shoes, whenever possible, will fight against the transmission of seeds. This is particularly difficult for thru hikers but exceptionally important. Routinely brushing off clothing and shoes at trailheads can get annoying for 2000 miles. The downside is that every thru hiker who doesn’t, will likely spread Stilt Grass seeds as far on the Appalachian trail as they could dream. From campsite to campsite, state to state, thruhikers stand to do damage without action. Whenever you hit a major parking lot or trail head, bend over, brush your knees and down for seeds smaller than you can see, and give your shoes a good dusting. Ideally every trail head would have a boot brush station.

Once you’ve learned a few of the bigger problems in you area, you can join the fight. A decade ago, asking people to snap pictures and gps points was not widely possible. Good thing a lot of hikers walk around with a super computers in their pocket! Now a days, reporting patches of invasive species is as easy as sending pictures of your dinner to BookFace (except this is useful). Ready to call it in? Their’s an App for that. Check out your most effective EDDMaps app to your area. You’ll find an easy to use interface, a guide to help you ID, and easy forms to fill out and report. Now you have a picture for instagrum and an action that gives you pride and hipster superiority (if that’s your thing).

English ivy looks really pretty in your front yard but it isn’t stopping there. The pervasive vine will run on the ground to space and greenways it can grow free. Lands on the Appalachian Trail and the Linville Gorge have seen multiple encroachments from neighboring suburban landscaping. Wysteria and Honeysuckle smell fantastic but they will choke out trees like they owe them money. Don’t know what to plant? The United States Arboretum has a great chart to help you find beautiful native alternatives to Suburban Invasives.

100% of kudzu is edible. Here are some methods to cook and eat it. Wild Fennell is delightful. Wild Boar apparently doesn’t taste as good as pig but it can’t be that far off. Boar are a big enough problem that Great Smokey Mountain National Park hires multiple people a year whose sole purpose is to shoot them. If you ever see Lion Fish on the menu, buy 3. If you see a Kudzu based beer, binge.

Plant killing pests and diseases can still lurk in firewood. Microscopic Fungus and pathogens are invisible to the naked eye so its best to treat all wood as diseased. There is a federal firewood quarantine on over 75% of the Appalachian Trail. Emerald Ashe Bore, Woolly Adelgid, and many others move best in dead firewood. Its best to get wood from within 10 to 50 miles of where you want to burn it. If you’d like to play a fun yet demonic game picking apart tree pests, click here.

Get involved! Volunteer for just a few hours some Saturday ripping Stilt grass out. Your local state park probably has a trail crew that has an invasive species problem. The Appalachian Trail has 31 maintaining clubs and a few trail crews that would love your help. If you have species on your property look for advice from an local extension agent. You might have to bag species in garbage bags to prevent seeds spreading or use pesticides.

When you’re on the trail point out species and why they are so terrible. Look at the dense spread of prevalent disease, take pictures, share them on Instagram with hashtags like #Invasiveplantsblow, #brushyourshoesoff, #grossyourwoodhasfungus, #lionfishdelish or #keepwhiteoutofmybatsnose. I’m sure you are much more clever; the point is to spread the idea that the trail as we know it is under attack. The green tunnel that we all know and love is changing. As the forests grow more unbalanced and sicker, our campsites and views will change. 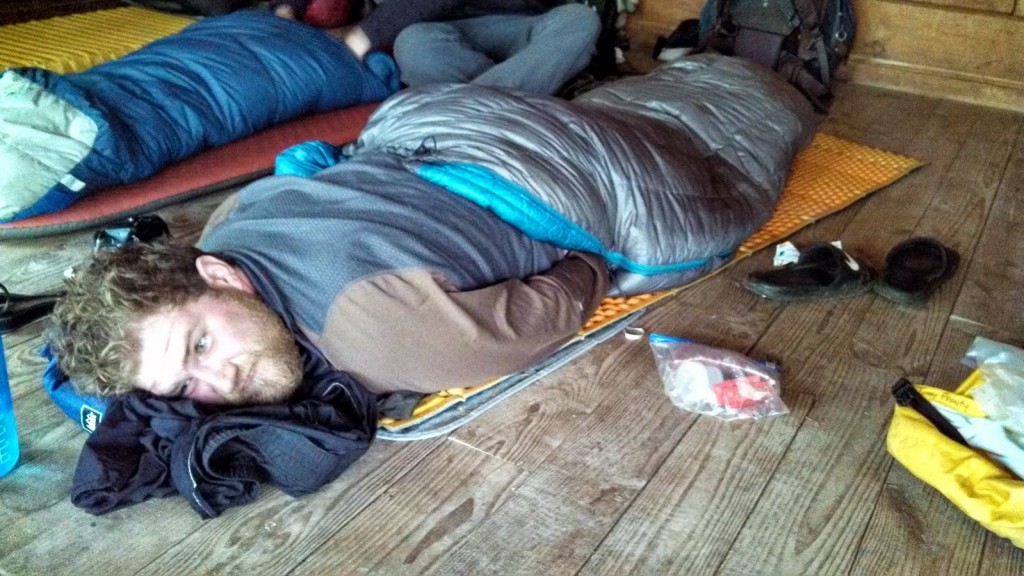 Get up, get out, and get something. This problem is only going to be solved by people.

You can choose to not act about invasives but you aren’t doing “nothing.” Every time we walk outside we see or come in contact with these species. Whether a seed in your shoe, on your dog, or weeds that are growing unchecked in your yard, you are a player in this game. If you aren’t actively fighting invasive species, you are supporting them.

500 miles by dog sled, 500 miles by kayak, 4000 miles by trail, and dozens of Chinese buffets in between. NoBo (duh) AT thru hiker class of 2014 with a prodigious pack made in my basement. 3 seasons as a Wilderness Ranger from the Sierras to Shining Rock. Founder of Deep South Mountaineering; makin' a little gear and swag on the side. Bojangles chewin', Mate sippin', Hokie. Pride of Durham, NC. My two Huskies call the shots. Most call me Lorax, FlugelHorn, or Ranger Reynolds (if ya nasty).