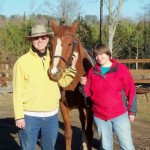 So here we go, right? The first words in the first post in the first blog of my life. Where are we? Well, where am I, really? I’m sitting here awash in lists and gear and plans and questions – more questions than anything else. Lots more questions. But it’s better than it was six months ago, when every question generated more confusion and seven new questions. Now, as they say, I’m confused on a much higher level, and I’ll take that, thankyouverymuch.

Almost nine months ago, I was in the hospital. For the second time. In a week. I’d just finished getting the second of two cardiac catheterizations, three stents, yada yada yada. Following all that was a program of “cardiac rehab” and a period of wondering if I was going to fall down dead at any moment (this kind of thing sort of knocks the pins out from under ya, if you know what I mean). I was way too heavy, way too out of shape and shocked at how it snuck up on me. I mean, I knew, but I didn’t really get it when it was happening. So I’m thinking, “where am I going? and why am I in this handbasket?”. Then I read about Chipmunk, a 15 year old girl who solo hiked the Appalachian Trail. I thought that was pretty epic, and I realized that I hadn’t done anything epic in a while – not since I learned to fly. THEN I thought, “I could do that – hike the AT. Give myself something to work toward, instead of having to ‘just get healthier’.”

I told my wife, not sure how she would view the plan, and she nodded her head and said “Do it!”. She came here from Germany and in her first year was already doing trail maintenance on the AT – that was 20 years ago – so she gets it. I went to REI and told Annie, in the shoe dept. She’ll always be the first public person I told. We talked shoes for two hours. Then I talked with Bryan and we talked gear for an hour and a half. And it’s been on, since then.

Things have… evolved. My AT plans are gelling, and I’ve added another “shakedown hike” – I’ll be walking the trail half of the NC Mountain-to-Sea Trail (MST), a distance of 400+ miles, leaving in September. This will give me some experience which is sadly lacking at the moment. I’ve had knee surgery (getting systems checks and repairs done as needed prior to lift off, so to speak) and it’s slower to mend than I would have preferred. I’m older, so it’s to be expected.

I’m looking forward to telling this story as it unfolds – I’ll be as surprised as you are at how it ends, I expect. But it’s going to be interesting, I think, and there’s just no telling where we’ll go! Let’s see what’s around the next outcropping, shall we?