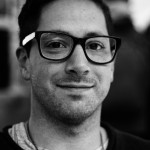 Portrait of a Photographer: An Interview with Karen Wang 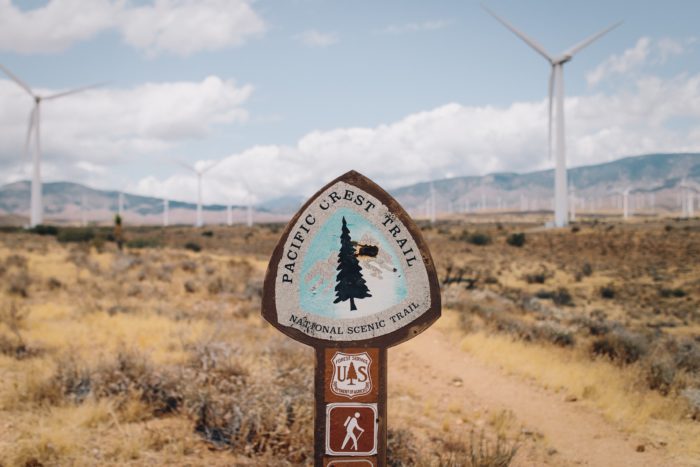 I was originally going to write this piece as a look into Karen Wang’s photographic memoirs from her adventure on The Pacific Crest Trail.  Obviously, I am going to include her photos in this blog (duh) but it’s not the topic I am going to touch on. After speaking with her for nearly 2 hours, I decided a woman of her formidability deserves a different nod.

Don’t get me wrong; Karen Wang is an INCREDIBLE photographer.  From what I gathered through a Skype interview, she also has an adorably vivacious personality and a spirit that can lift mountains – pun intended.  Goofy, silly and daringly honest are all traits I picked up from her during our conversation. Portraits are her strong-suit; her way of cropping, placement and creating visual stories from aesthetically pleasing subjects, make her a trail photographer of eminence.  And while I like to compare artist to other artists just for reference, I don’t find any comparable to Karen’s style.  With all that said, I found an even higher respect for Karen after hearing her story from her 2016 thru-hike.

Let’s start at the beginning:

Karen is a 30-year-old, Asian-American woman living in Seattle, Washington.  And while her racial background isn’t pertinent to her story, it’s a large reason people find her so inspiring and unique as a woman of the wild.  With a very small  percentage of racial diversity (like, super small – that’s another blog) on trail, Karen says it might have to do with the parental pressures Asian-American’s face from their parents.

I ask: Are your parents proud of you?

Born and raised in Houston, Texas, Karen grew up with a single mother.  She says her Mom isn’t traditional but may have some traditional views when it comes to hiking.  She didn’t understand when Karen decided to hike the PCT and go poop in the woods and gather water from a stream.  She makes the joke that her Mom rather she be “normal” and “just go be a doctor”.  Through Karen’s experiences on trail and her blogs, her Mom says, “Nature makes you happy”, and maybe she is beginning to understand the pursuit of her daughter’s happiness.

At 8-years-old, Karen lost her father.  I asked her what he might think if he was still alive to see his daughter’s attained independence.  Although she didn’t know her father very well and isn’t even sure if he even liked the outdoors, she tells me of an uplifting part to his story.

Through her father’s death, Karen and her Mom were eventually divided from his side of the family.  A lack of communication over the years left her stunned when they reached out to her on trail.

Karen’s Aunt, her father’s sister, is also a lover of the outdoors and was inspired and amazed to see her niece following her passion with such strong will.  Impressed, thrilled and congratulating; Karen’s once estranged family offered their support.  She tells me how encouraging it was to hear this from someone she hadn’t talked to in years.

While on trail, Karen gained many followers and supporters: hikers, photographers, empowered women and as she said to me, “I have a lot of Asian fans”.  Karen’s beautifully crafted portraiture drew in thousands of inspired outdoor enthusiasts and thru-hike hopefuls. 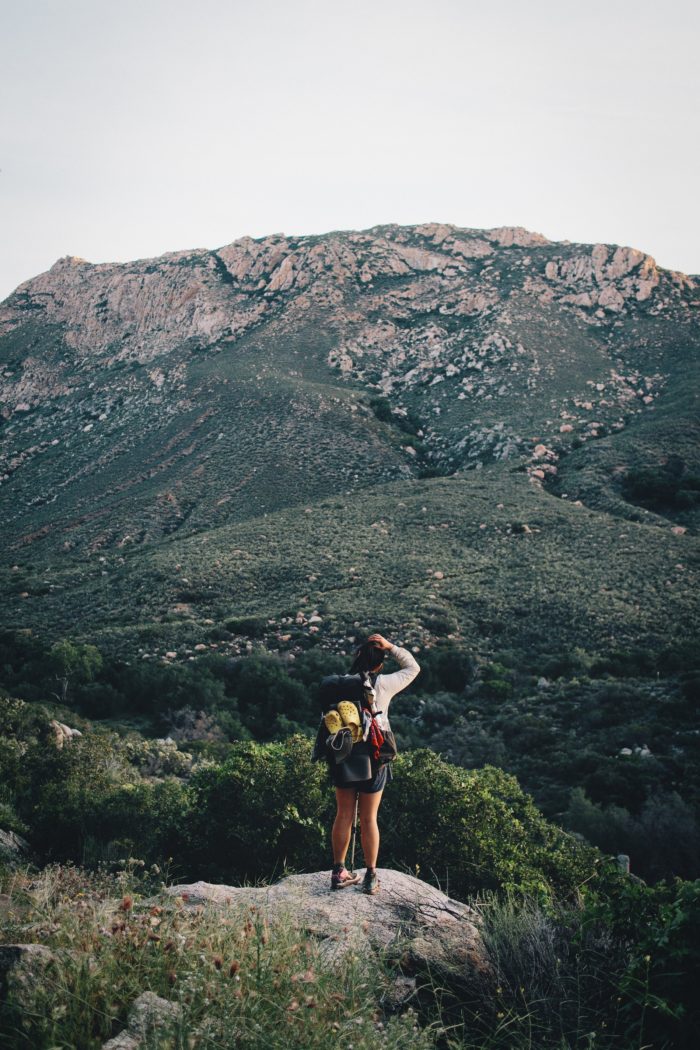 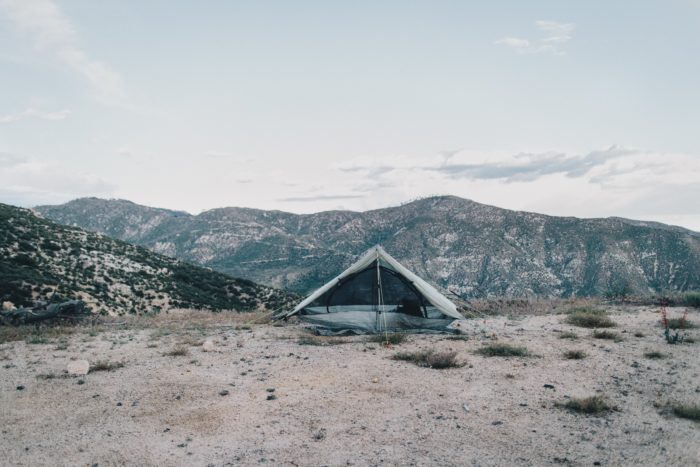 One of those followers reached out to Karen via Instagram.

Starting a solo NOBO female hiker, Karen told me of a lot of lonely moments on trail.  As other hikers had their groups, were gathering water together, doing days and miles together, Karen’s decision of starting solo was starting to weigh on her.  “I wasn’t feeling unmotivated, but really solo“.  And then, a trail angel who changed things for Karen.

“There was this woman who kept reaching out to me on Instagram, and I was like, who the hell are you!?” 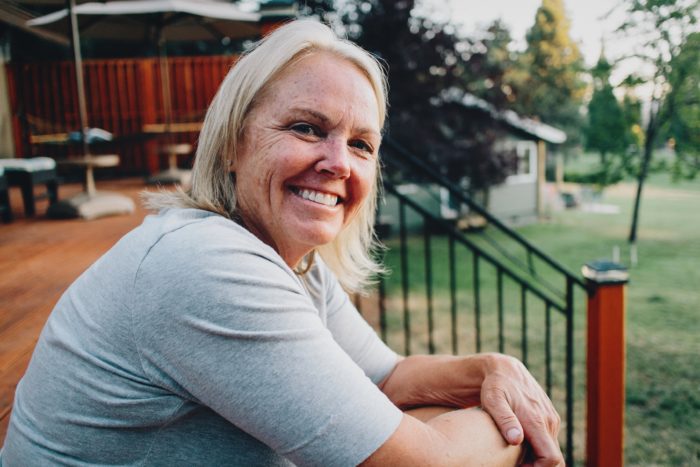 A woman named Shelley, from Chester, CA, just North of the PCT’s midway point, had been following Karen and wanted to help her along her journey.  Karen’s skepticism all changed when a fellow hiker told her of how wonderful this trail angel really was.  She reached out to the woman at her lowest point on trail.  It changed everything.

“I felt like it was the first person in 4 months to really care for me”.

An avid follower of Karen’s Instagram, Shelley asked questions like she knew her, because she did.  She had been reading all of Karen’s blogs, following her hike on Instagram and was more than willing to take Karen in in her vacation home by the lake.  Her and her husband took Karen to dinner and even bought her resupply before taking her to trail the next day.  Although she only need a few snacks, Shelley insisted.  Overwhelmed by gratitude, and taken aback by the generosity of a complete stranger, Karen cried as she hiked out that day.

“She’s part of my story that I’ll never forget.” 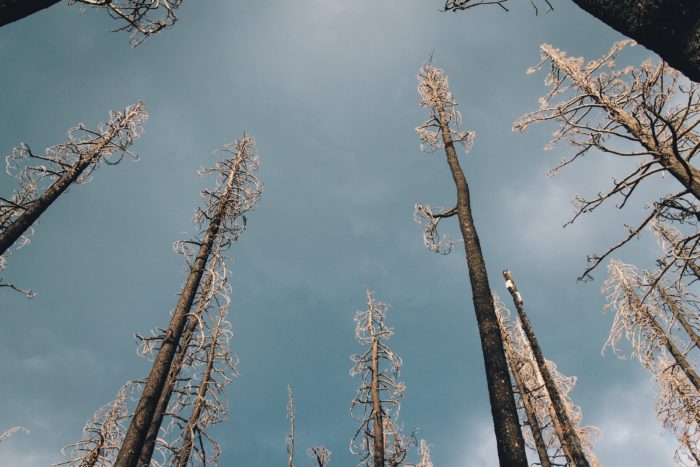 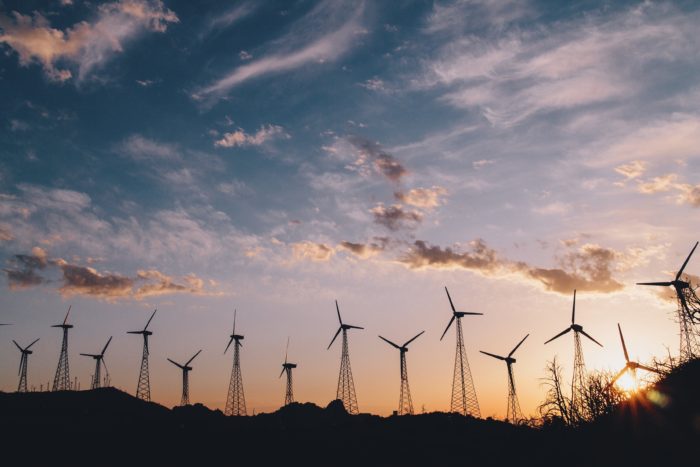 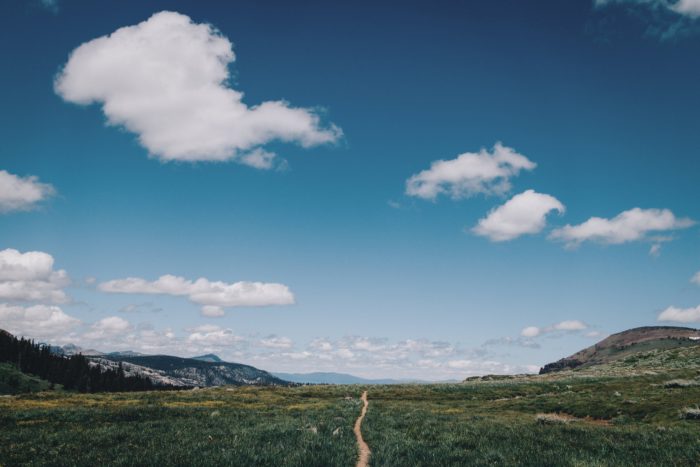 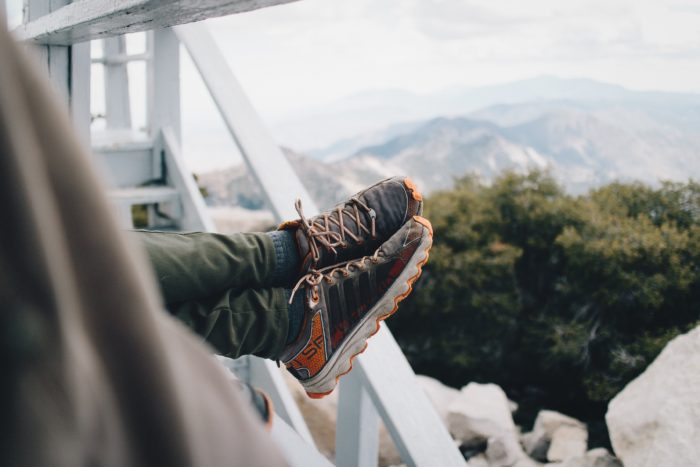 While Karen has many incredibly moving, beautiful and hilarious stories from trail, I think the next one is the most poignant.

It was mile 1,818 when Karen took a wrong step and was faced with every thru-hikers worst nightmare: the possibility of leaving the trail.

Karen suffered an avulsion fracture – which is a fancy way of saying that a small bone was pulled off by a tendon.  Oregon and Washington are notorious for blow-downs, and during a night hike, Karen experienced this at full force.  She stepped onto a broken part of a log which sent her about 3-feet down into a hole where she got stuck up to her thigh.  With all of the thoughts going through her head, the tears running down her face, she had to gain her composure and had to pull herself out.

With 29 miles ahead to Crater Lake and the other 1,800 miles behind her, she had to push on, now, with an injury.  Through all of this, her hiking partner and trail family was incredibly supportive of Karen.  It all became real when she had to eventually call her friend and tell her it was over.  Her friend came to Oregon to pick up Karen up with her own car and bring her home.  As they drove into Washington, she cried.

“Enjoy every moment like it’s going to be your last day on trail.”

Karen shared a lot about her thoughts of being on trail, leaving trail and being off trail.  Obviously, leaving because of her injury was tough, especially being so close to finishing.  However, I think this is the section of her story that resonates with those setting out to follow in her footsteps, and even those who have.  Karen tells me of a woman that took the ferry over to Seattle just to hear her speak about her experience, along with many other followers from the Seattle area.

In 45 days, I will be stepping onto the PCT to attempt my first thru-hike.  I can’t tell you how chicken shit I am feeling right now.  And even though this blog isn’t about me, it’s people like Karen that encourage me to hike my own hike, and know the journey isn’t about finishing, it’s about living it and experiencing it.  Her positivity and lightheartedness about her unfinished thru-hike is what has contributed to the outpouring of love she has experienced since leaving trail.

One exciting part to all this is that Karen might (and I say might so I don’t get my hopes up, because I want to hike with her and be her best friend) be stepping out this summer to complete the last 800 miles of the PCT.  And while I can’t even wait to see the photos she takes during her sequel, I am more excited for the words and affirmations she shares through the epic finale.

There’s a quote by my favorite photographer, Annie Leibovitz, that I would like to end with:

“Sometimes I enjoy just photographing the surface because I think it can be as revealing as going to the heart of the matter.”

So, in closing, thank you, Karen, for not only photographing the trail, but for bringing it heart and making it matter. 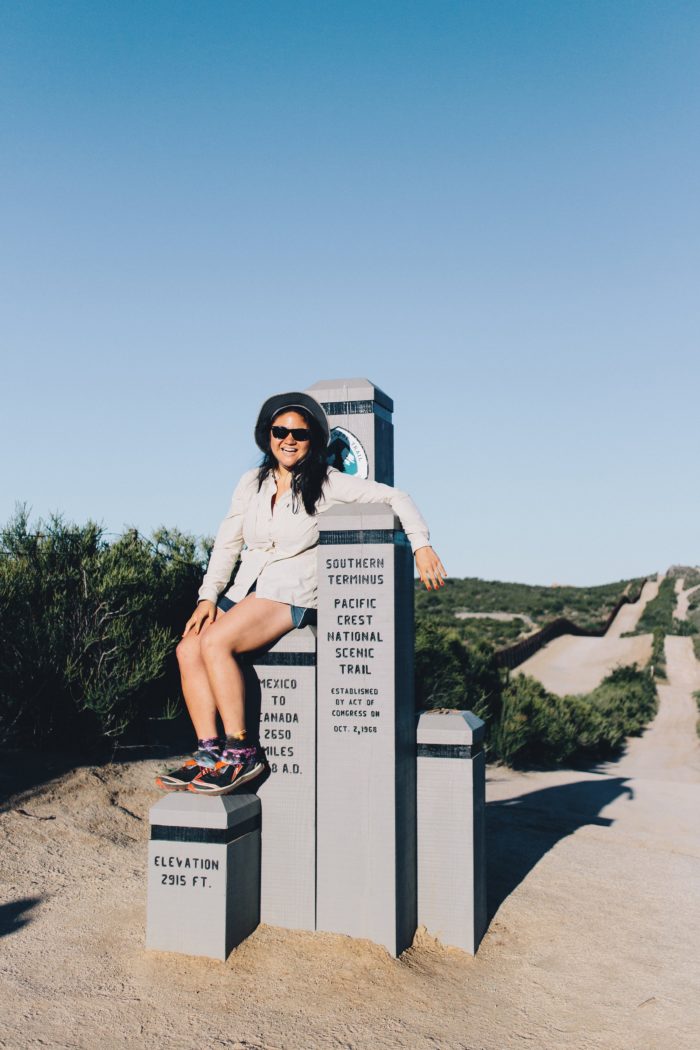 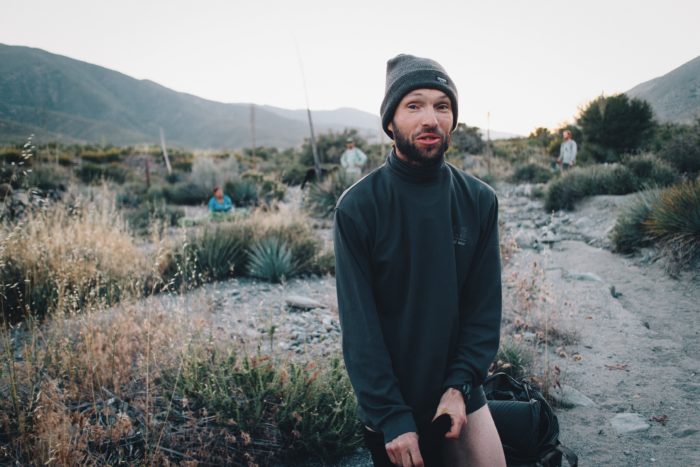 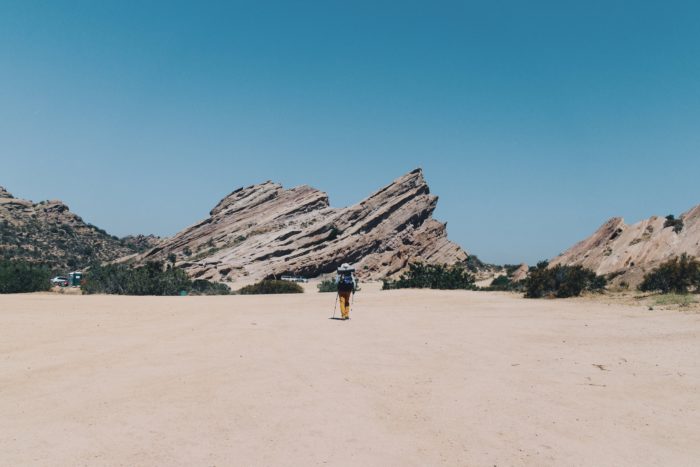 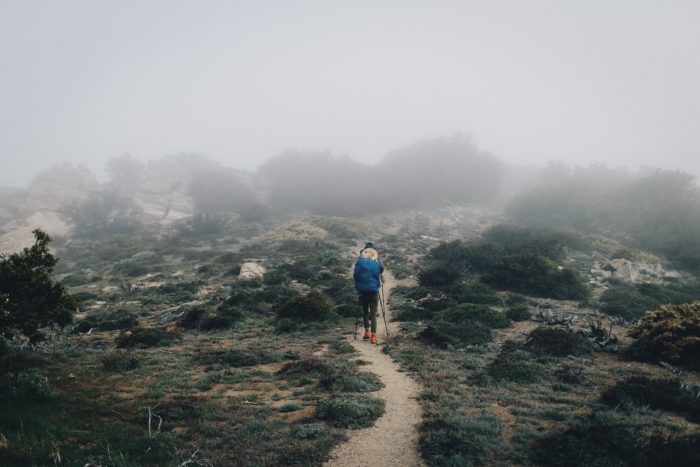 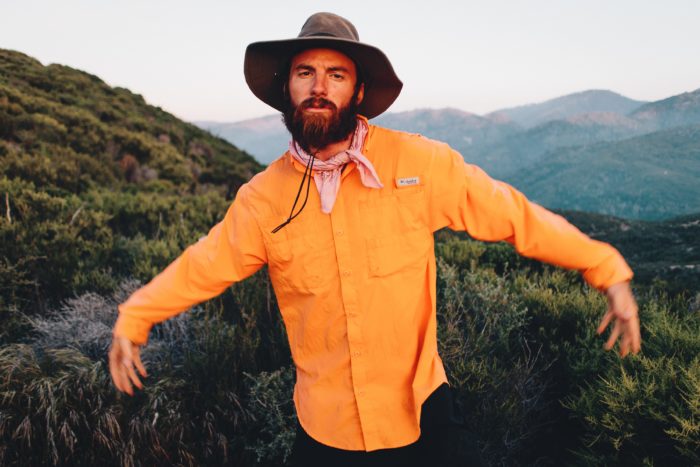 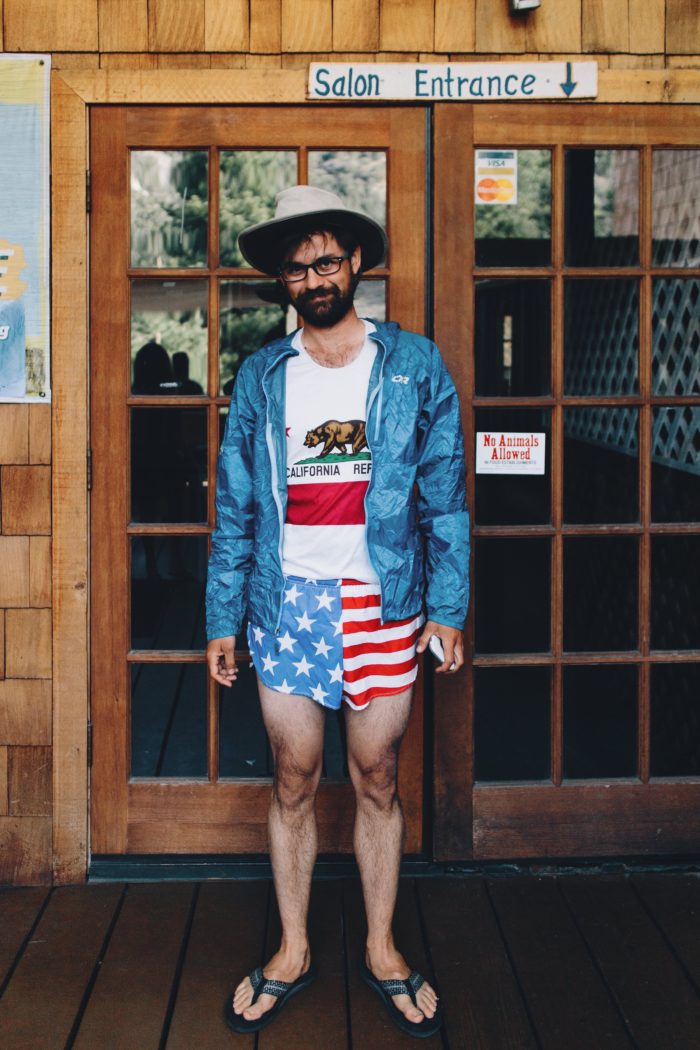 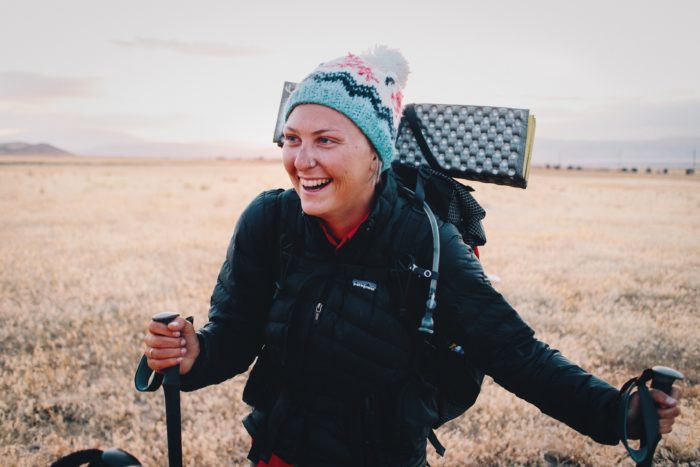 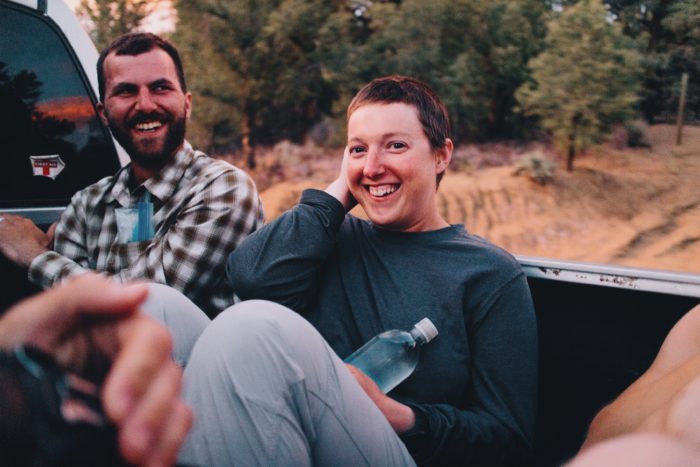 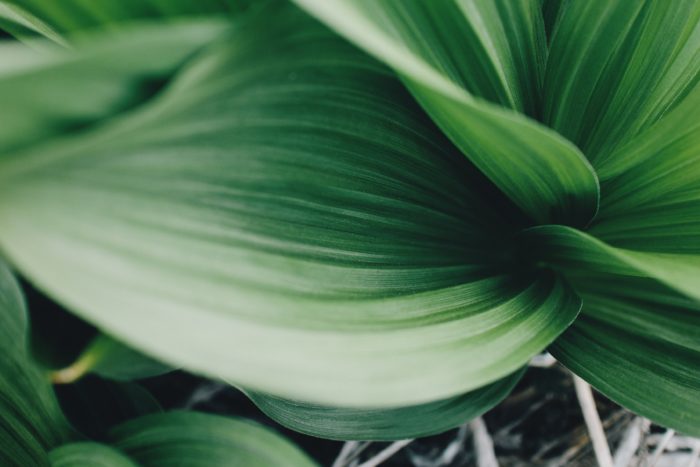 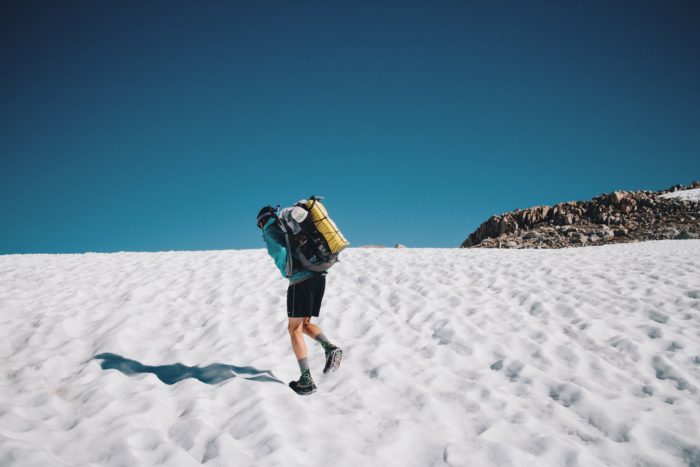 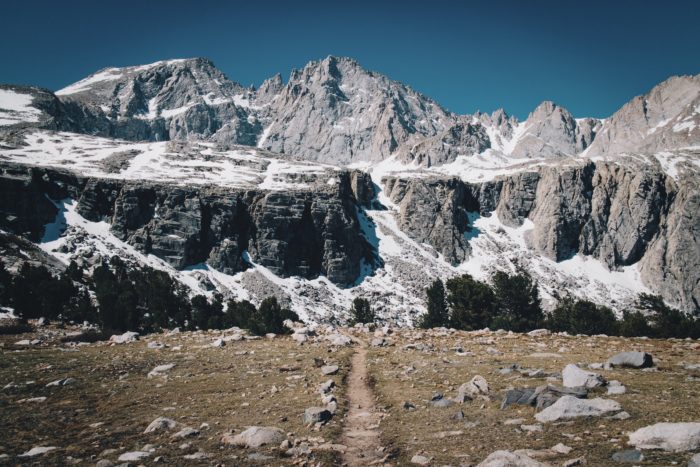 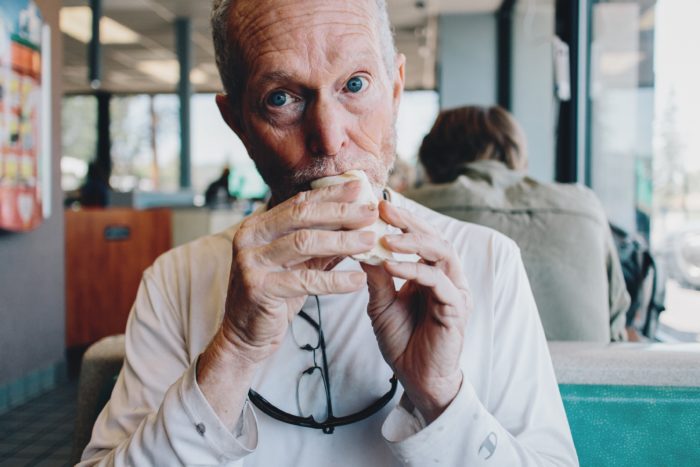 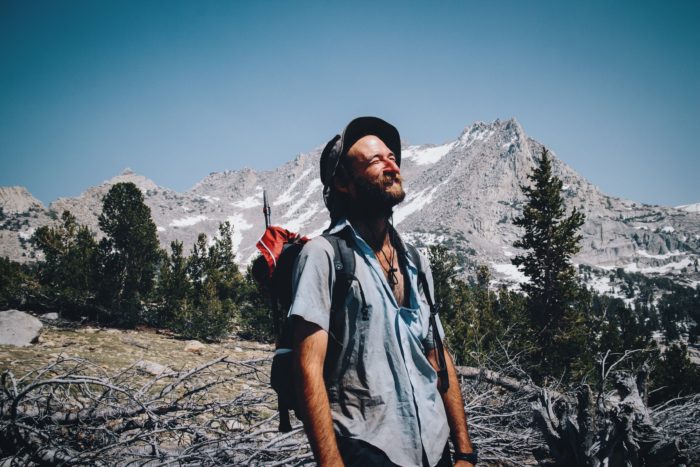 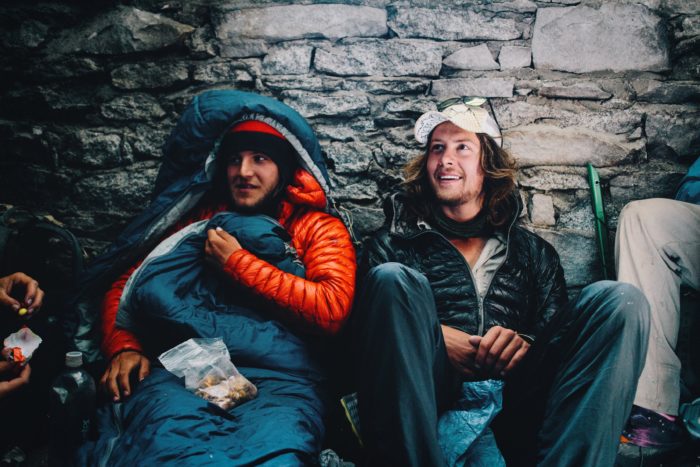 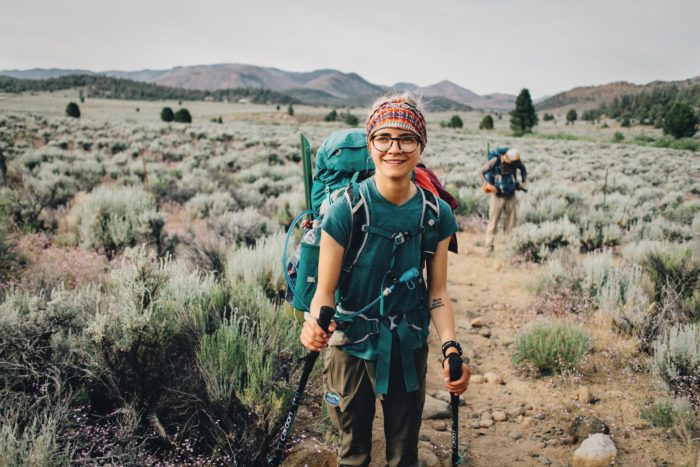 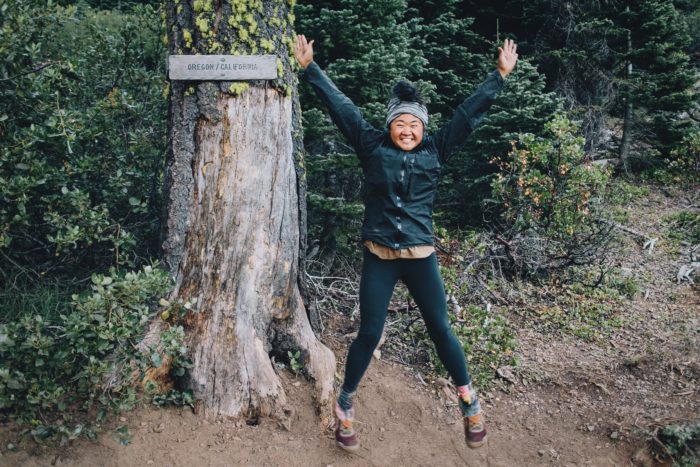 Hey! Twerk here - and yes, I got that trail name exactly how you would think. I hiked about 750 miles of the PCT last year and am returning this year to complete a full thru hike. I'm a photographer in Portland, Oregon and recently turned the dirty 30. I'm a brand ambassador for Hyperlite Mountain Gear and will be posting constantly for my upcoming thru-hike so stay tuned!