Platypus QuickDraw vs Katadyn BeFree vs Sawyer Squeeze: Which Water Filter Should You Carry For Your Next Thru-Hike?

That’s not a meme, it’s just how I feel. And to be fair, a lot of the time I can’t tell if my feelings are feelings or memes. Regardless, after blasting through about four O-rings and two Sawyers on the Arizona Trail and the PCT this year, I found myself seeking some water filter alternatives. Ours was a relationship fraught with plenty of good times and lots of ups and downs, but after too many un-backflush-able, drippy, leaky faucet flows, it was time for something different & exciting. And thus, here we are.

In this article, I’ll compare two ultralight backpacking water filters—the Katadyn BeFree and the relatively new Platypus Quickdraw—to the ultra-popular Sawyer Squeeze. Each system has its pros and cons, but which one is the best water filter for thru-hiking? 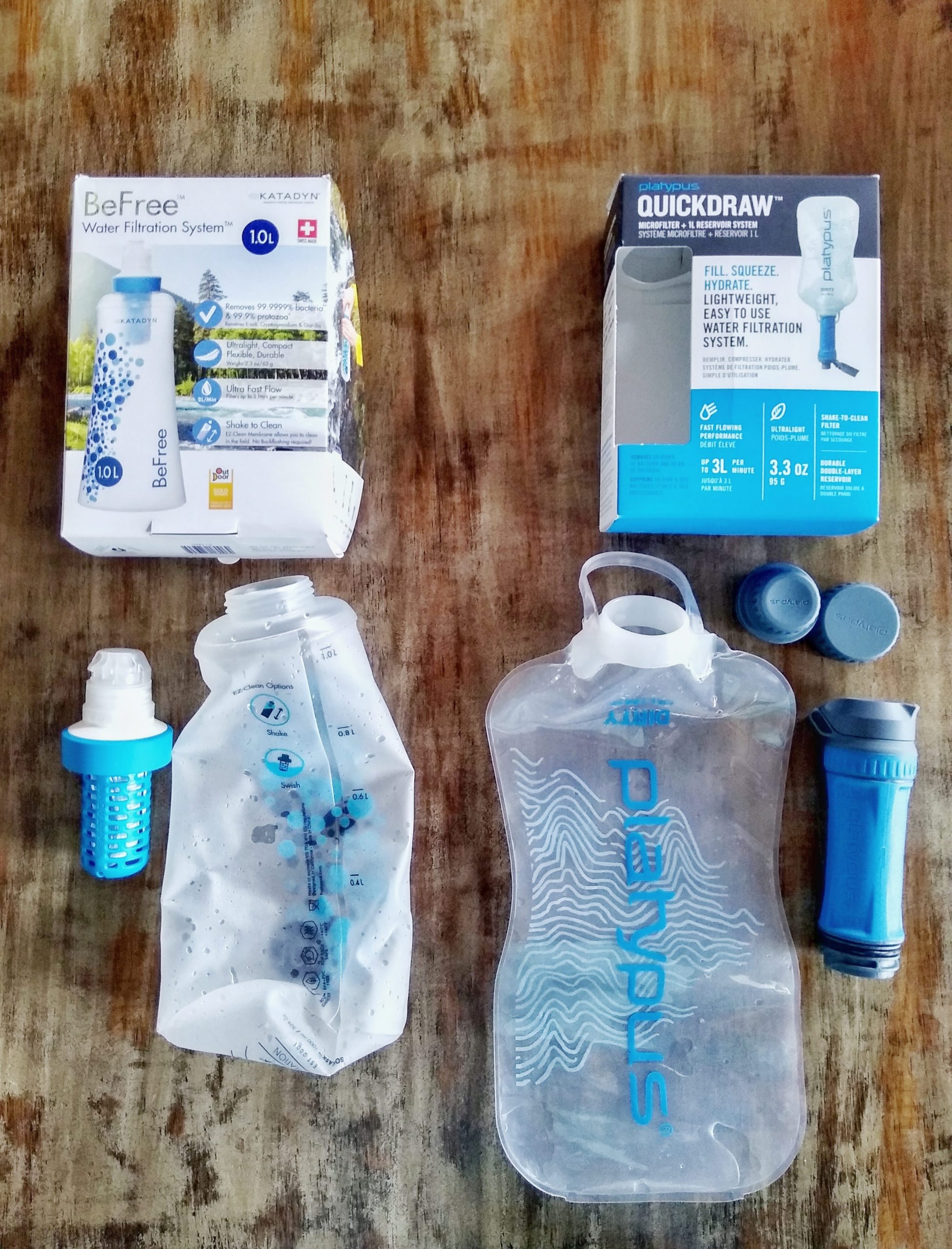 Platypus QuickDraw vs Katadyn BeFree vs Sawyer Squeeze: how do they compare, and which filter is best for thru-hiking?

Why These Two? What’s Wrong With the Sawyer?

For starters, I definitely agree with Katie’s article about what to look for in a filter: “weight, ease of use, packability, and price” are all important factors, but I would also add that I think longevity is super important too. Especially when you’re planning a thru-hike.

Both the Katadyn BeFree and the Platypus QuickDraw offer appealing alternatives to the consensus that has been built around the Sawyer Squeeze in the thru-hiking community. And in terms of longevity, I would say that both of them appear to outdo it.

In fact, they probably cozy up about as close as we, as a species, have come to perfecting the backcountry water filter. I don’t know. I’m having trouble envisioning where we go from here. At any rate, in terms of performance, I would say that one of these three filters certainly seems to edge out the others.

This year, I used a Sawyer Squeeze for all of the Ouachita Trail, Arizona Trail, and most of the PCT. I carried the Katadyn BeFree filter through some of Northern California, and most of the Oregon section on the PCT. On the other hand, I used the Platypus QuickDraw for a few different multi-day trips through a bunch of different types of desert, and then later for another hike on the AZT. All in all, each filter has had 50+ liters put through it, so I feel pretty confident in knowing how each of them will hold up.

Then, for continuity’s sake, the BeFree and the QuickDraw were tested side-by-side on trips where water was drawn from THREE different Texas rivers (Brazos, Trinity, and San Gabriel) so you know they’ve all been put through the ringer. 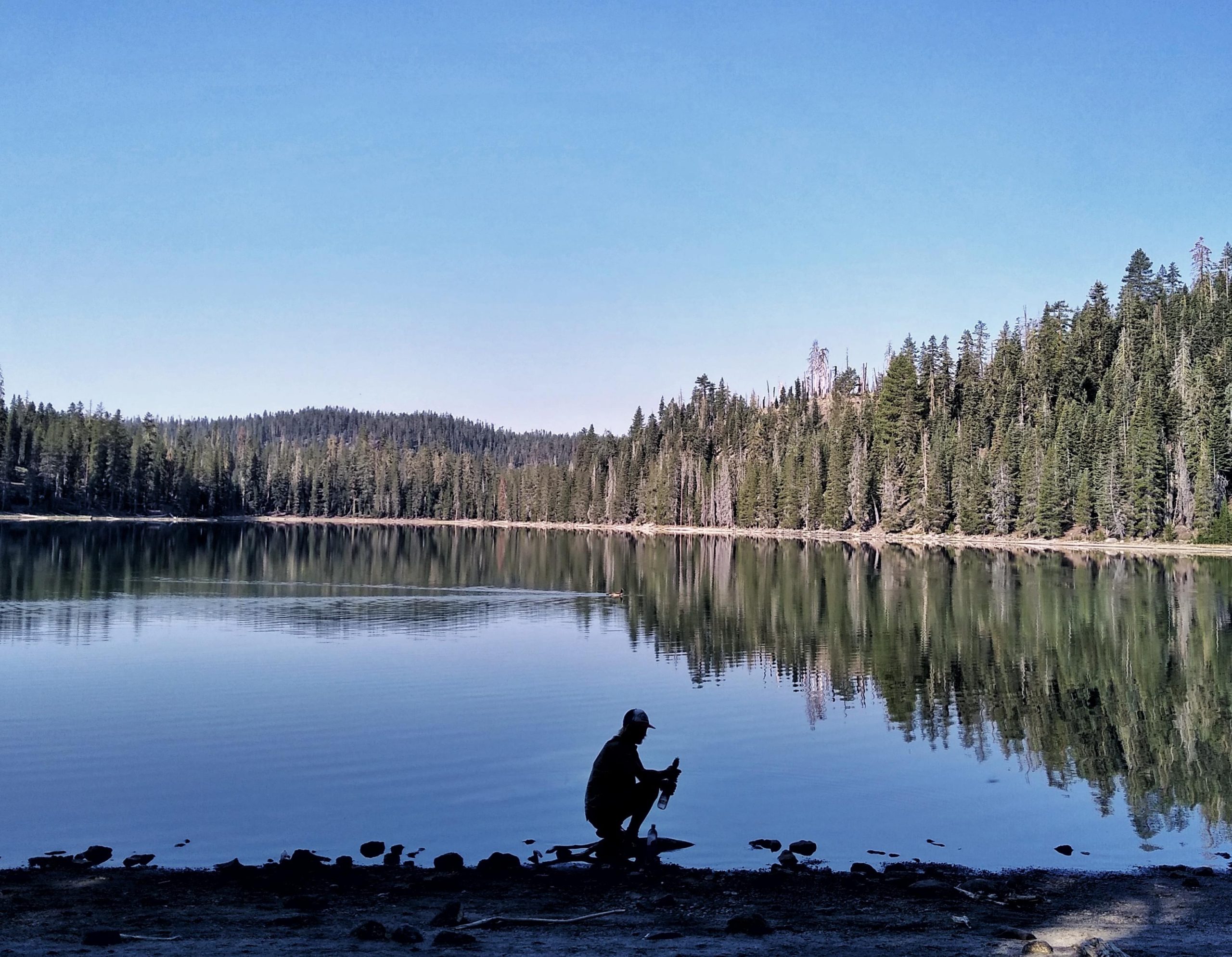 That duck knew exactly what he was doing to the filter. 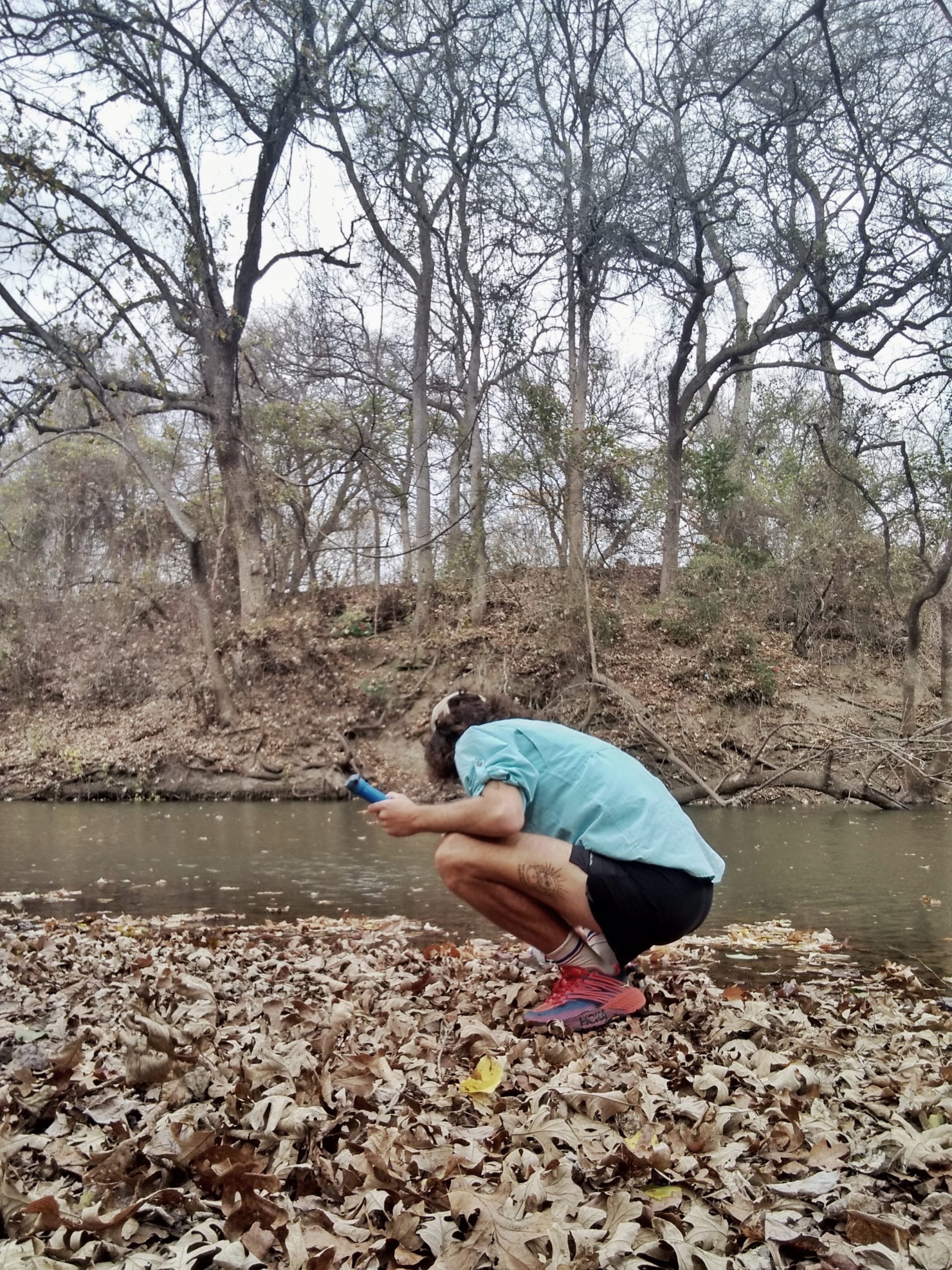 Actually pretty clear for the Trinity.

This filter has a lot to love about it, and certainly improves upon a few shortcomings in the very similarly constructed Sawyer Squeeze. Namely, there are two features that set it apart:

At its maximum, this filter was going about 1.5 liters per minute with serious squeezing. Once it started to slow, I almost felt like I was getting reps in at the gym. It’s hard to get a quick flow from this thing, but it also seems more resistant to clogging, so there’s usually less time between backflushes, which can be nice. 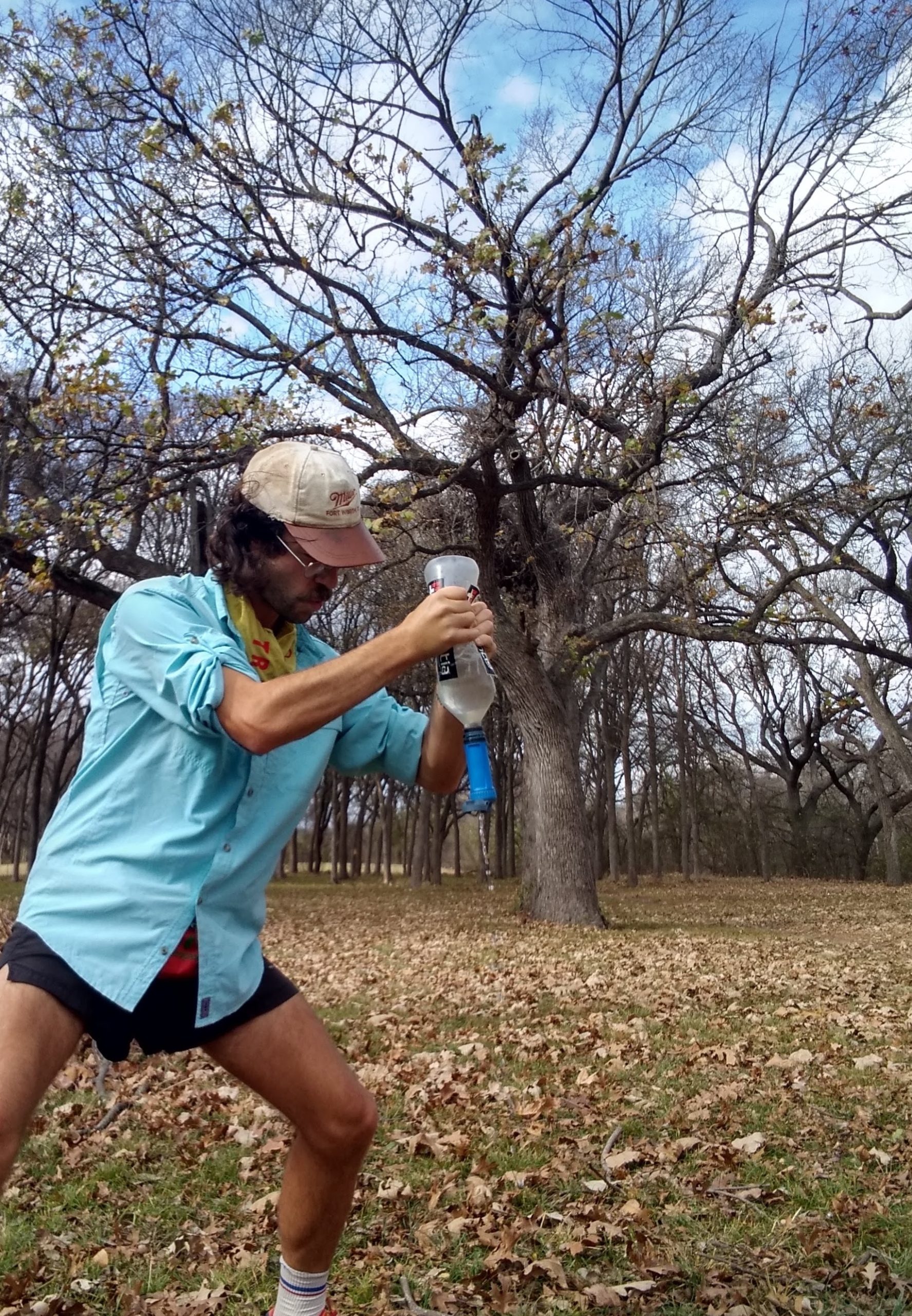 That is not a 3LPM flow, my friends. 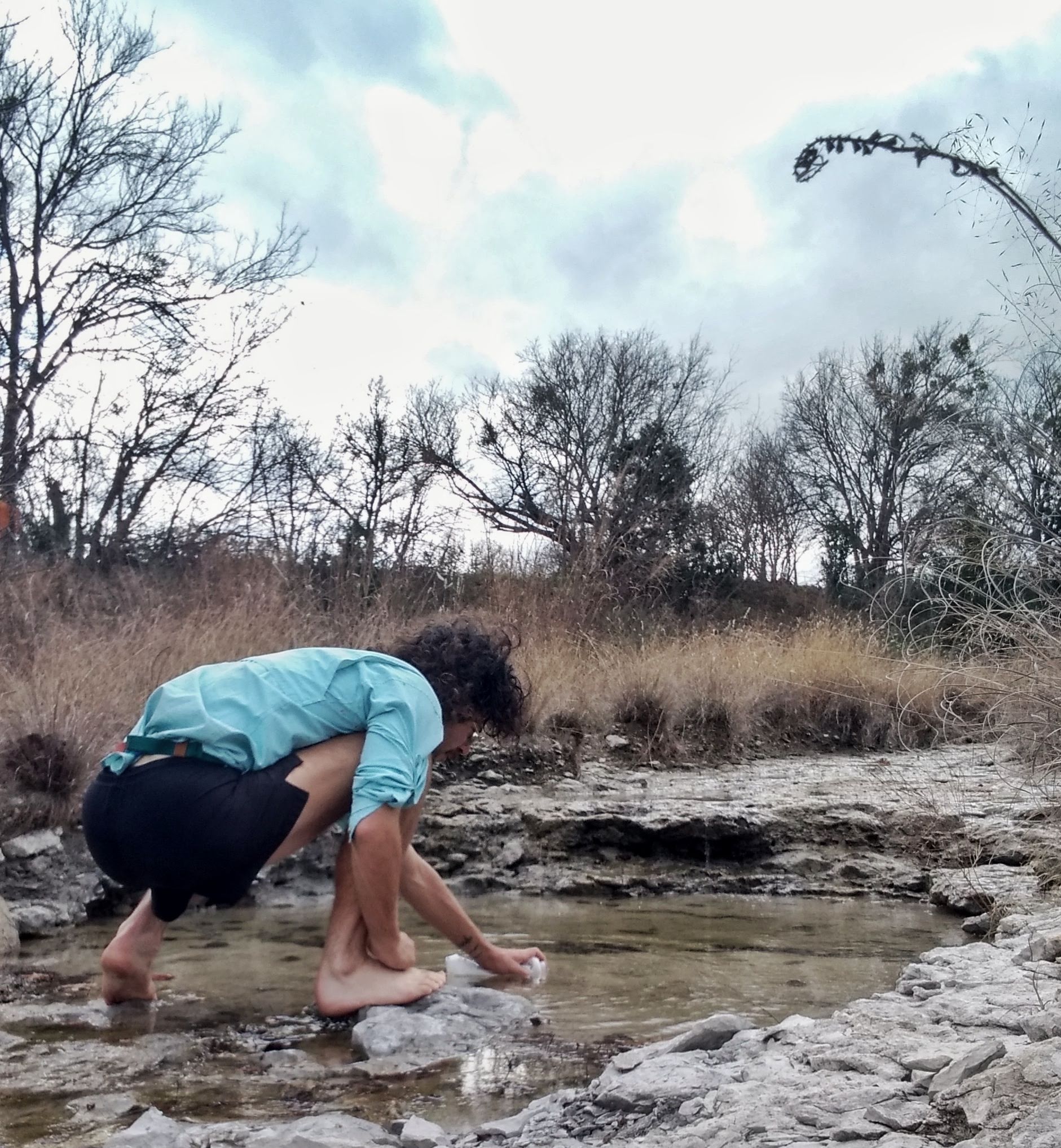 The bladder comes in handy when scooping from shallow pools.

I didn’t want to love this filter. I really didn’t. It’s more expensive, and I generally don’t see the point of hiking with a bladder unless you know you’re going to have some big water carries. And the fact that the BeFree filter only fits onto their particular bladder almost just seems sadistic. What are they going to come out with next, iPhone chargers?!

But I think that, ultimately, I ended up preferring this one over any of the others. Why? It’s lightweight, even with the bladder. It maintains a strong flow for longer than the Squeeze or the QuickDraw. And it’s good for scooping from shallower pools. And if you’ve made it this far in the article, I think it’s important to mention that this is ultimately what should drive your decision when picking between these filters: where most of your sources are going to be.

I really wish I’d had the BeFree on the AZT this year since so many of the sources were shallow cattle tanks or else just evaporating potholes in rocks. The scoop would have allowed me to draw a lot more, and it wouldn’t have clogged nearly as fast as my Sawyer did. It would’ve also come in handy on the desert section of the PCT, or the New Mexico section of the CDT (I’m assuming). On the other hand, I was sort of mad that I was carrying this filter in parts of Oregon and Washington because the bladder just felt like dead weight when most of the sources were strongly flowing and deep. 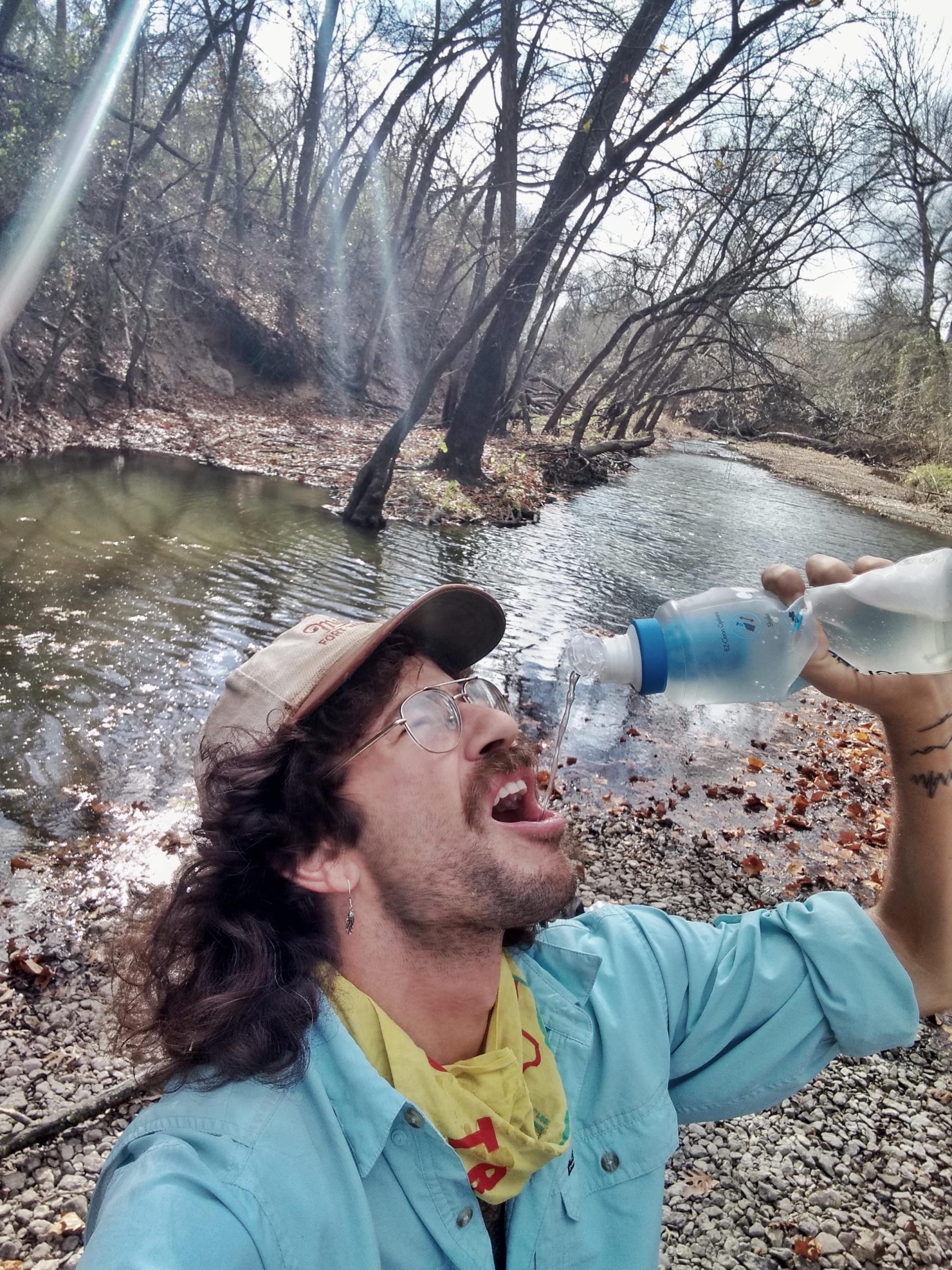 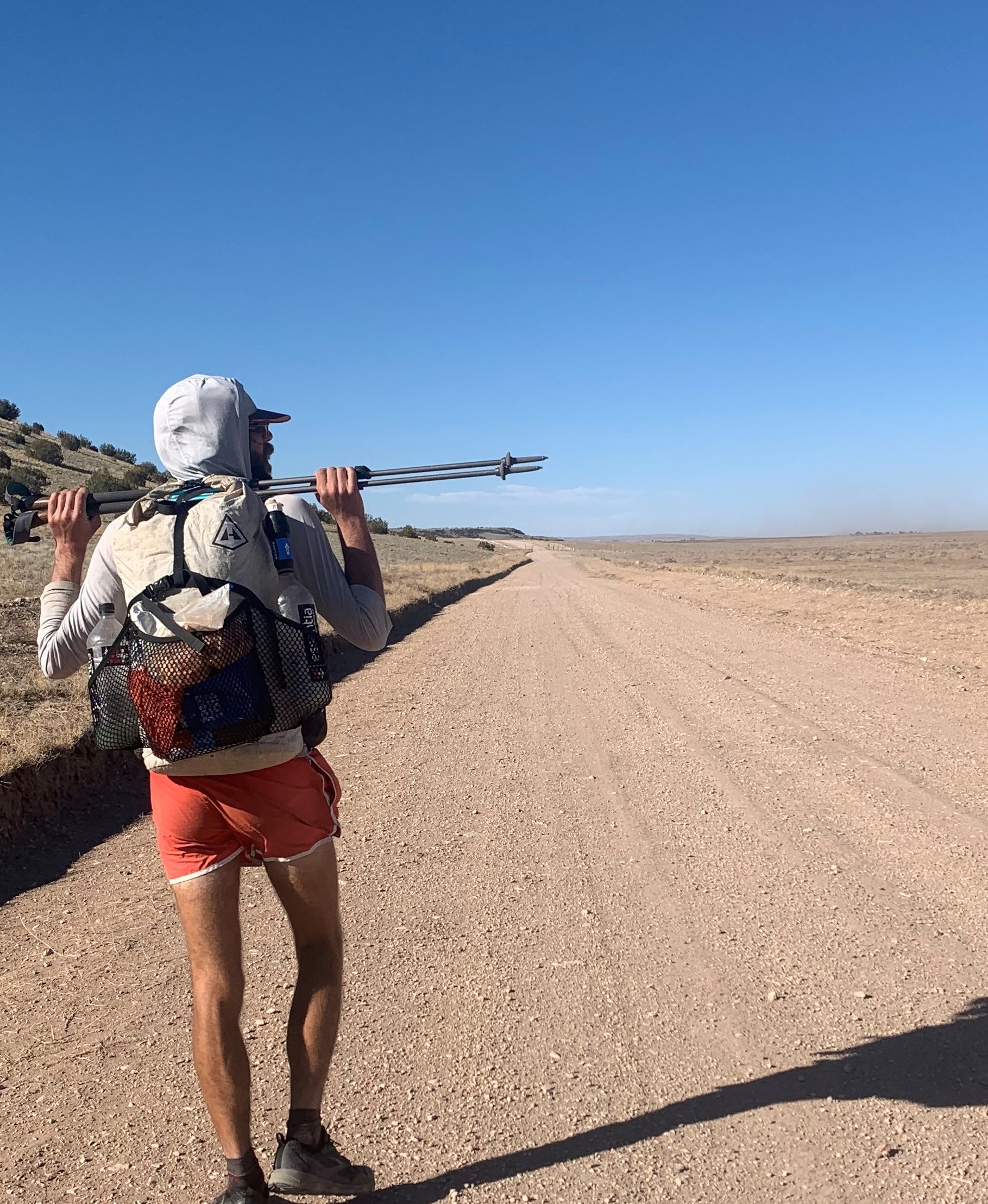 Nice that these filters screw onto water bottles. But if you zoom in you will notice a curious absence of the sports cap, replaced with a piece of tape, because the howling winds of that haboob on the horizon turned this filter into a referee’s whistle.

As of writing this, the Sawyer Squeeze seems to be the go-to water filter for long-distance backpacking. I think that it definitely has a lot of upsides, but I wouldn’t have written this article if there weren’t things I thought could be done better, and which are probably being done better by other companies.

For one, I couldn’t get an O-ring to last for more than a month or two for either of the Sawyers I used this year. They get worn down pretty quick and it’s not always easy to get a replacement when you’re on trail. And while we’re on the subject of longevity, I should also mention that I simply stopped carrying the bags that these filters come with because they are rendered pretty worthless as soon as the flow begins to slow. Once you start having to apply real pressure to the bags to get a decent flow, they will almost certainly puncture and rip. This isn’t just the voice of experience, it’s the voices of experiences.

All that being said, I think the 1.7 liters/minute flow is probably true for the filter out of the box, which I suppose isn’t necessarily false advertising. But as soon as you hit one gamey source you’re never going to have that flow rate back. Plus, the plunger that’s included for backflushing the Sawyer is a lot of extra weight and space and doesn’t seem to really do much more than the tried and true hiker trash method (unscrew the filter’s cap, put that cap on your Smartwater bottle, and VIGOROUSLY squeeze filtered water back into the filter).

I would also like to mention that Sawyer advertises the lifespan of this filter as being 378,541 liters/100,000 gallons, and I find that number to be almost laughable. I guess that number might be true if you’re only filtering tap water. But why are you filtering tap water though? Is everything okay? (Worth noting that the other major use case for the Sawyer is in areas of the world that lack reliable access to safe drinking water, in which case you might actually just be filtering tap water. Regardless, backpackers filtering out of silty streams and lakes are likely to burn through a Sawyer after much less than 378k liters). 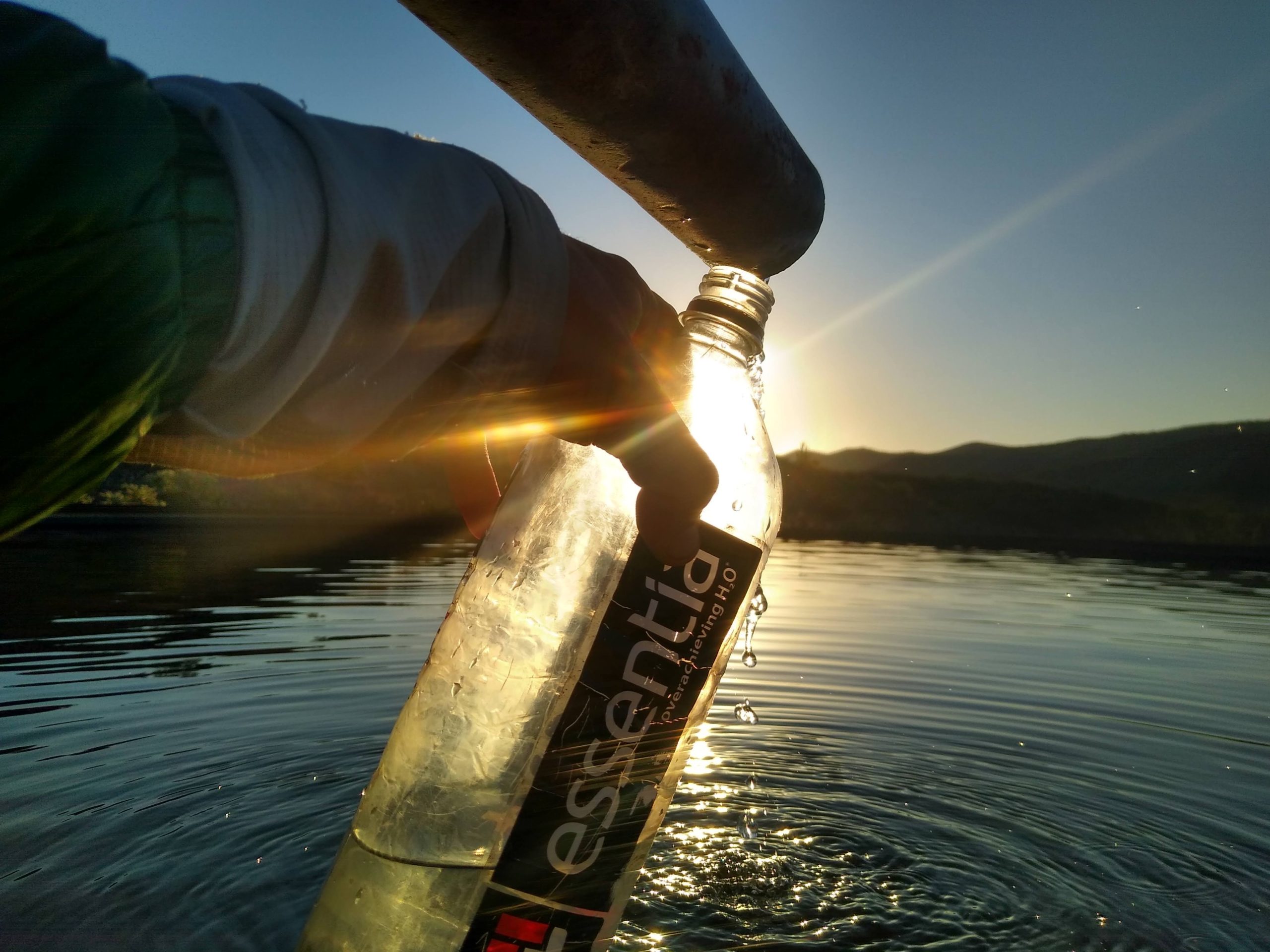 My best attempt to glorify Arizona cattle tank water. You can still see how green it was.

Platypus QuickDraw vs Katadyn BeFree vs Sawyer Squeeze: Which One Should I Choose and When?

Even though it’s not perfect, the simple answer is that the BeFree is probably the best, most reliable filter on the market right now. It offers the most versatility. And even though it doesn’t fit onto a water bottle, it could probably be argued that the time you spend filtering at the source gets canceled out by how much faster the flow is. That’s time you don’t have to waste in camp or on your lunch break. If you are going to be hiking in the desert, or on any trail with long water carries and seasonal, unreliable water sources, the Katadyn BeFree is the filter for you. I think it’s probably the one for the CDT and AZT especially. And would’ve definitely come in handy on the California section of the PCT.

If, instead, your priority is a filter that you almost never have to backflush, one where you can fill up a bottle and just drink as you go, and one that you can rely on to last you for an entire thru-hike? I think the QuickDraw could potentially still be a better option than the Sawyer Squeeze. I found them to have similar flow rates, with the QuickDraw being the more durable of the two. If you are going to go the QuickDraw route, at least make sure to do two things first: Follow the pre-use instructions of running a liter through it before taking it on a hike. And then take it on a shakedown hike to make sure it’s flowing properly. In theory, this would be the best filter for the AT, CT, and most of the PCT. Otherwise, if all else fails, I think I’ve still got some Aquamira from 2014 sitting around somewhere.