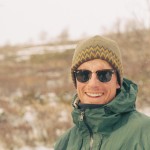 There are many foreign words that have no equivalent in English. One of these is Friluftsliv – a Norwegian word meaning “open air life.” Understanding this phrase, as well as its connotations and ways of being expressed by different cultures, is critical to understanding not only the Norwegian lifestyle and mindset, but also an important concept for any budding outdoor enthusiast (or AT hiker) to appreciate.

If you’re reading this, you can probably understand this phrase and the feelings that it connotes – though maybe not expressed in such a concise way. To me, it implies wide open spaces, vast tracts of pristine forest, and nature untouched by the troubles of modern civilization. At least that’s how I see it in my head. Norwegian life is heavily outdoor-centered, in part due to the vast amounts of wild spaces that dominate the rugged landscape to this day. The lack of people and the amount of space available make accepting and adopting such a lifestyle almost a necessity; nature pervades many aspects of one’s life. This may be becoming less valid in contemporary Norwegian society, with the availability of technology and the growth of cities, but many Norwegians still own primitive cabins in the mountains or make regular trips to reconnect with nature. They also display this integral concept vis-a-vis their environmentally-conscious societal choices – from recently divesting their sovereign wealth fund from all non-renewable energy sources, to supplying nearly all of their electricity needs from hydropower.

So, what does this have to do with hiking and the Appalachian Trail?

In part, I think the very fact that the AT, along with her sisters, the PCT and CDT, exists is self-evident of a similar desire for conservation and an appreciation for nature in modern American society. The number of AT thru-hike attempts continues to increase, and many volunteers continue to dedicate thousands of hours of service to this Trail and others throughout the United States each year. Though maybe not as succinctly expressed in one word as friluftsliv, this concept still pervades among hiker and non-hiker culture here in the US. Perhaps hiking one of the Triple Crown trails is one of the most obvious ways to see this desire or pursuit of the open air life, or an attempt to reconnect with nature after disconnecting from society, but many people echo these desires for freedom on a much smaller scale each day. Robert Frost stated, “The woods are lovely, dark, and deep” – a fact that I believe many citizens realize and appreciate. Millions of people set foot in our national parks and forests regularly, and each is experiencing some form of freedom when they do so.

How we each live our own “open air life” depends on how strongly we feel these almost-primal urges to be connected with the natural world. Some groups may have a single word for such desires, but the fact that American English doesn’t does not belie ignorance or disinterest on our part. Indeed, the mere existence of national parks, forests, wilderness, and footpaths like the AT says otherwise. Preserving these wild places is a vital part of preserving our own culture and heritage.