The Appalachian Trail was first thru-hiked in 1948 by Earl Shaffer, and since then, more than 15,000 people have traversed its entire length. It’s the best-known long trail in America. My mother knows what it is, your mother knows what it is, and when people learn that I enjoy hiking, one of the more common questions I get is, “Have you done the Appalachian Trail?” When I reply, “No,” they look surprised. Tired of the mundane, many long-distance hikers like me avoid the Appalachian Trail and seek off-the-beaten-path routes such as the Hayduke Trail, Buckeye Trail, Cohos Trail, and Sierra High Route. 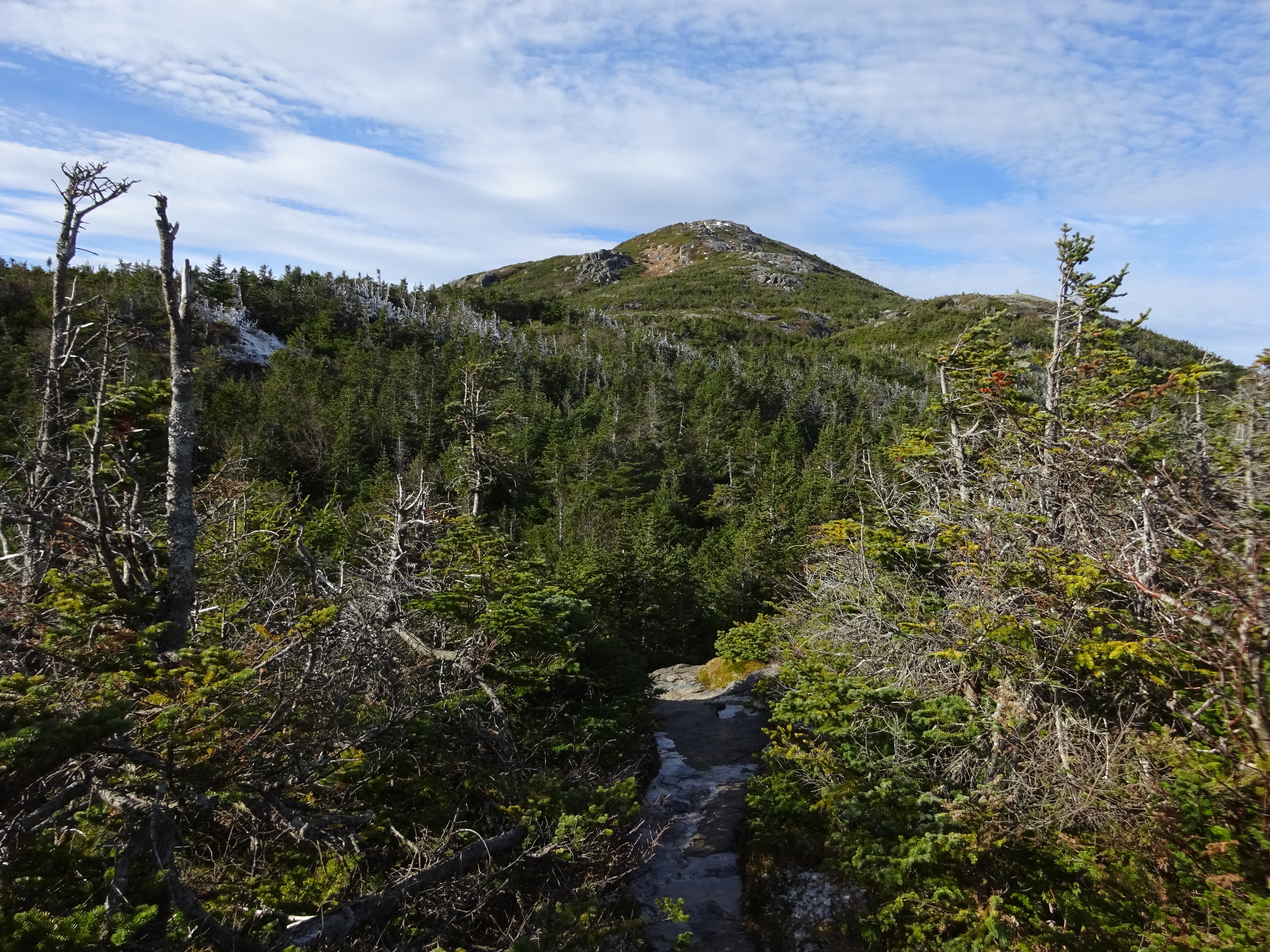 Conversely, when it comes to peakbagging, one of the the best-known lists of mountains in America may be the Adirondack 46. These 46 New York peaks above 4,000 feet were first climbed in 1925 by Herb Clark and brothers Bob and George Marshall. Since then, more than 11,000 people have reached each of these summits. About a thousand of these folks have completed this list during winter, a few hardy trampers have summited all 46 via a continuous hike, and at least two people have even climbed each of them without the use of trails. The most common question I get regarding hiking is, “Have you done the 46?” For this question I have a unique reply. “I’ve climbed every peak above 2,500 feet.” The answer makes even experienced hikers look confused, and instead of trying to wade through the details of what it is that I just said, they offer an awkward “Oh,” framed by an awkward smile. 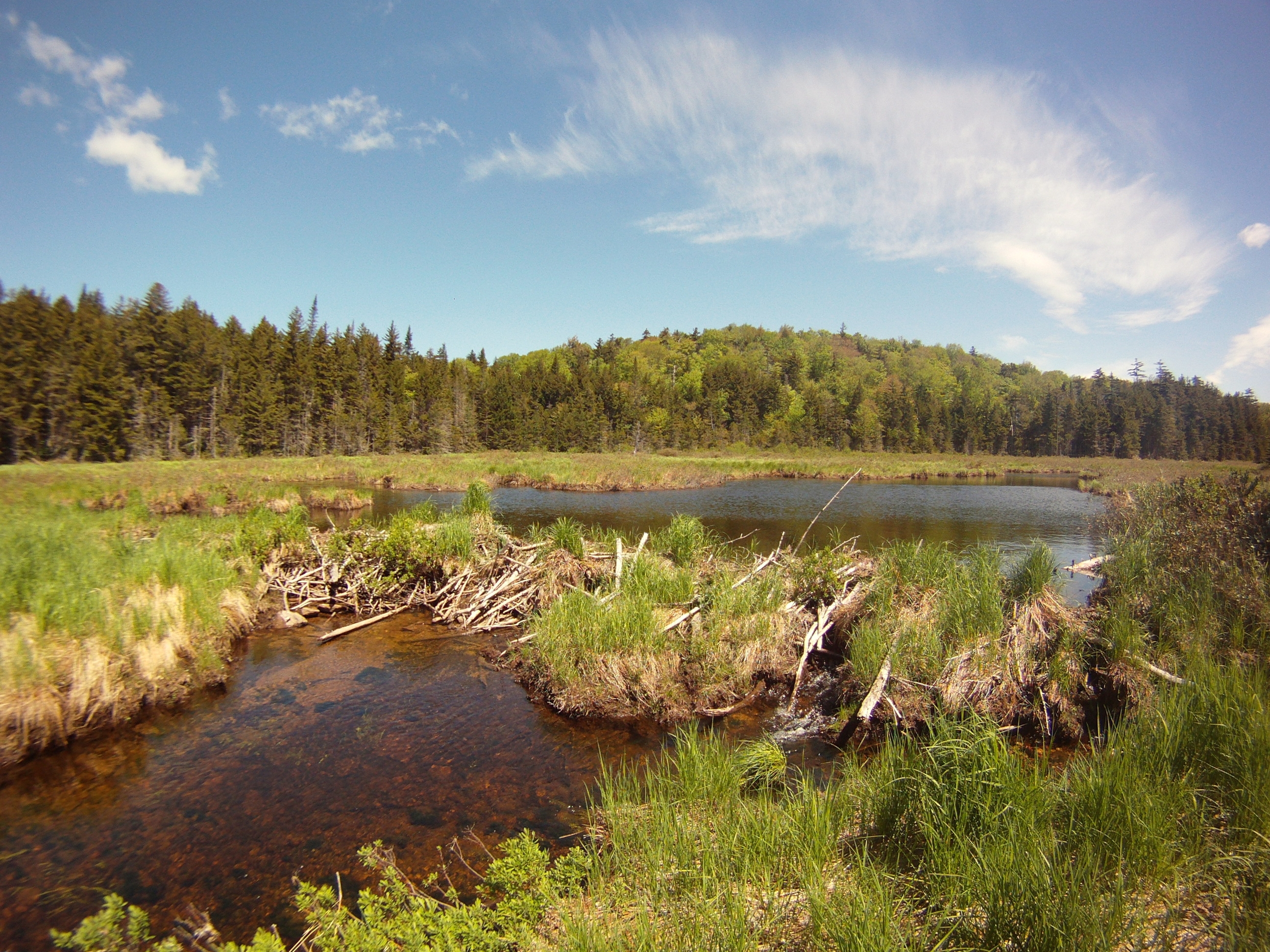 In the world of peakbagging, the lower you go, the greater the challenge (and the less the mundane). For example, to climb the above 46 peaks you’ll have to hike 250 miles and climb 70,000 vertical feet. But if you want to reach every Adirondack peak above 3,000 feet, you’ll have to do a lot more hiking. You will have to cover 1,000 miles and climb 250,000 vertical feet to reach these 217 mountains. With mileage and vertical feet certainly increasing quicker than any target elevation decreases, no one had dared to compose, let alone climb, a sub-3,000-foot Adirondack peakbagging list. That is, until this autumn when I finished climbing the 600 Adirondack peaks above 2,500 feet. 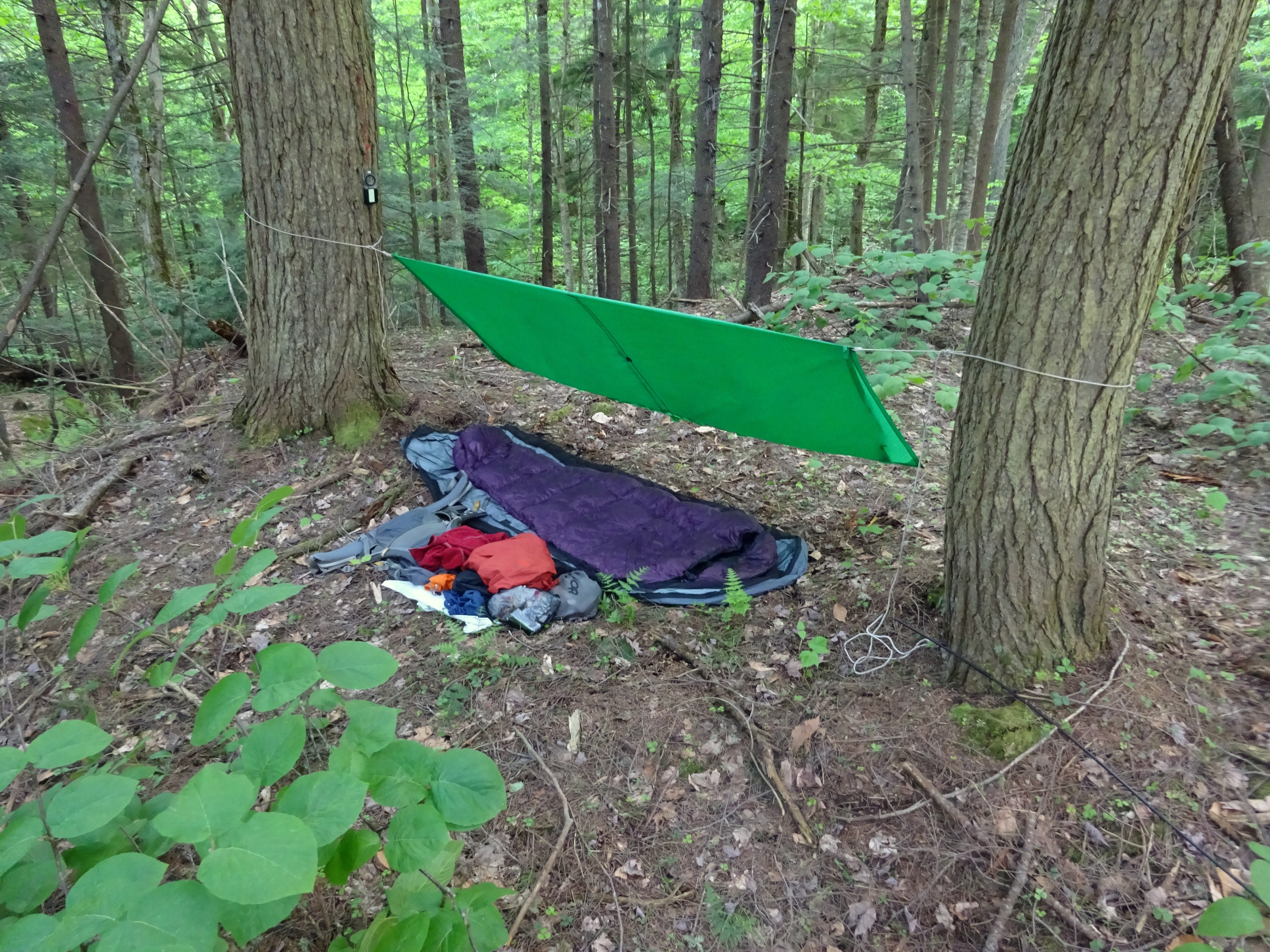 Going light (but not freezing at night) at Blind Mans Vly.

This journey began during the mid-1990s, back when I climbed my first Adirondack High Peak, 4,626-foot Giant Mountain. When I recently reached my final peak on this list, 2,707-foot Buck Pond Peak, I had, cumulatively, hiked 2,400 miles and climbed nearly half-a-million vertical feet, and most of this travel was off-trail. After all, 92 percent of the 2,500-footers have no trails to their tops. Hell, 22 percent of them aren’t even named. Summiting all 600 involves inevitable suffering, such as bushwhacking in the rain, hiking from dawn to dusk, breaking trail through deep, untracked snow, being harassed by clouds of antagonistic insects, fording rivers, and enduring all types of weather. For all my effort across a 25-year period I didn’t even earn bragging rights because no one grasps what it takes to be able to say, “I’ve climbed every peak above 2,500 feet.” 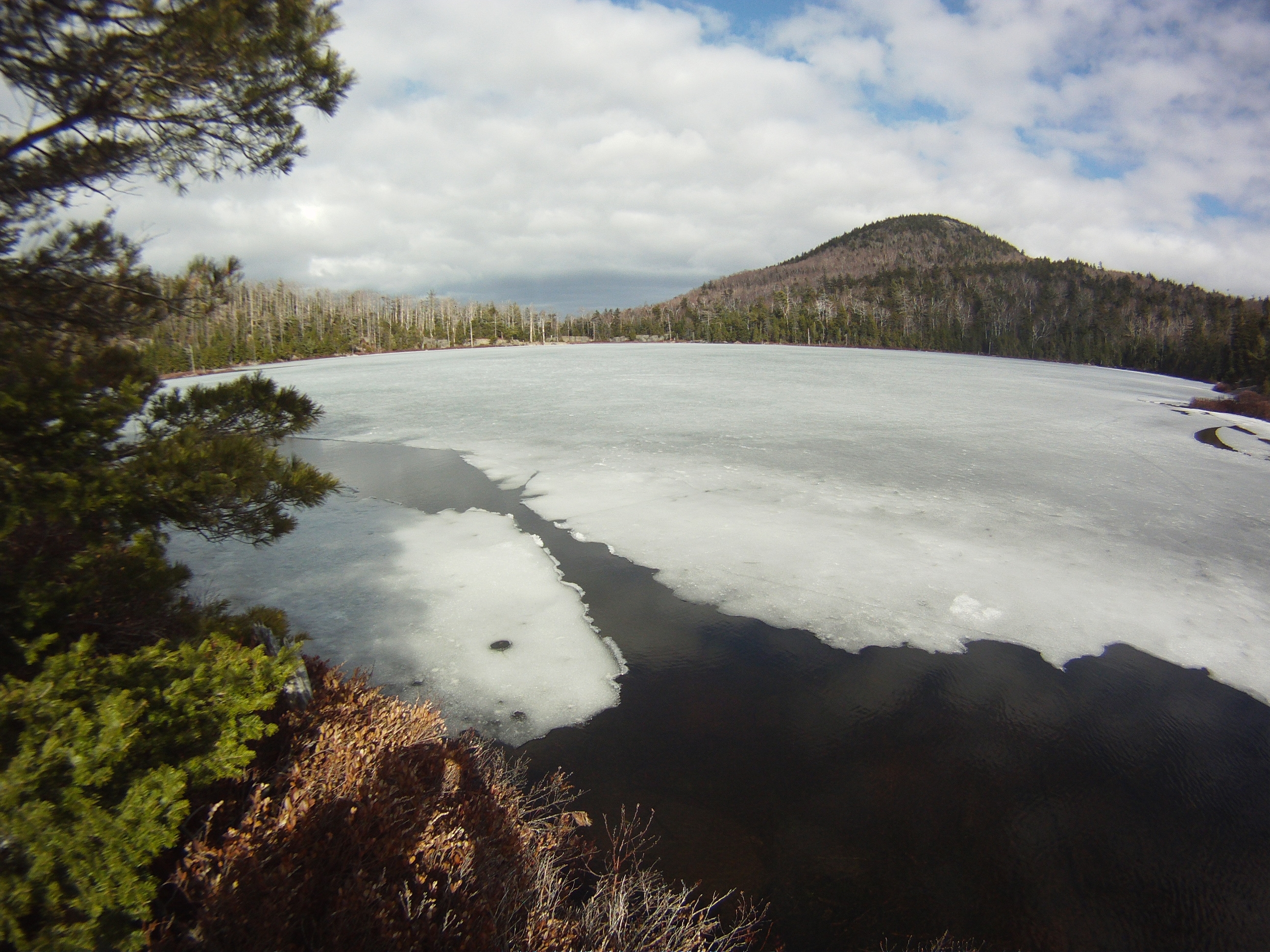 I didn’t do it for the bragging rights, though. I did it for the thrill of the hunt and for exploring the nooks and crannies of what I call “the backcountry of the backcountry.” The couple of peaks above 5,000 feet are stunning, the few dozen peaks above 4,000 feet are impressive, and the more than 200 peaks above 3,000 feet are formidable, but the real wild times happen between 2,500 and 2,999 feet. You see, while most Adirondack climbers are drawn to big views from big peaks, I’ve come to prefer vague views from low peaks, most of these viewpoints obscured just enough to make me unsure of what other mountains I’m looking at. While most Adirondack backpackers psych themselves up for righteous peakbagging and then head into the woods loaded for bear, I keep my tone humble and relaxed, my load simple and light, so I can cover many miles, bivouac on a remote summit, and do the same thing for the next two or three days. While trailheads below the more popular mountains fill up with vehicles, I park on the side of a lonely dirt road and then methodically start bushwhacking towards a 2,500-something peak, one that’s perhaps unnamed and almost certainly set behind a course of ponds, beaver swamps, rushing streams, and lower unnamed hills. While climbs of the bigger peaks are detailed by guidebooks and online sources, the secluded hills I climbed have never enjoyed coverage and thankfully never will. 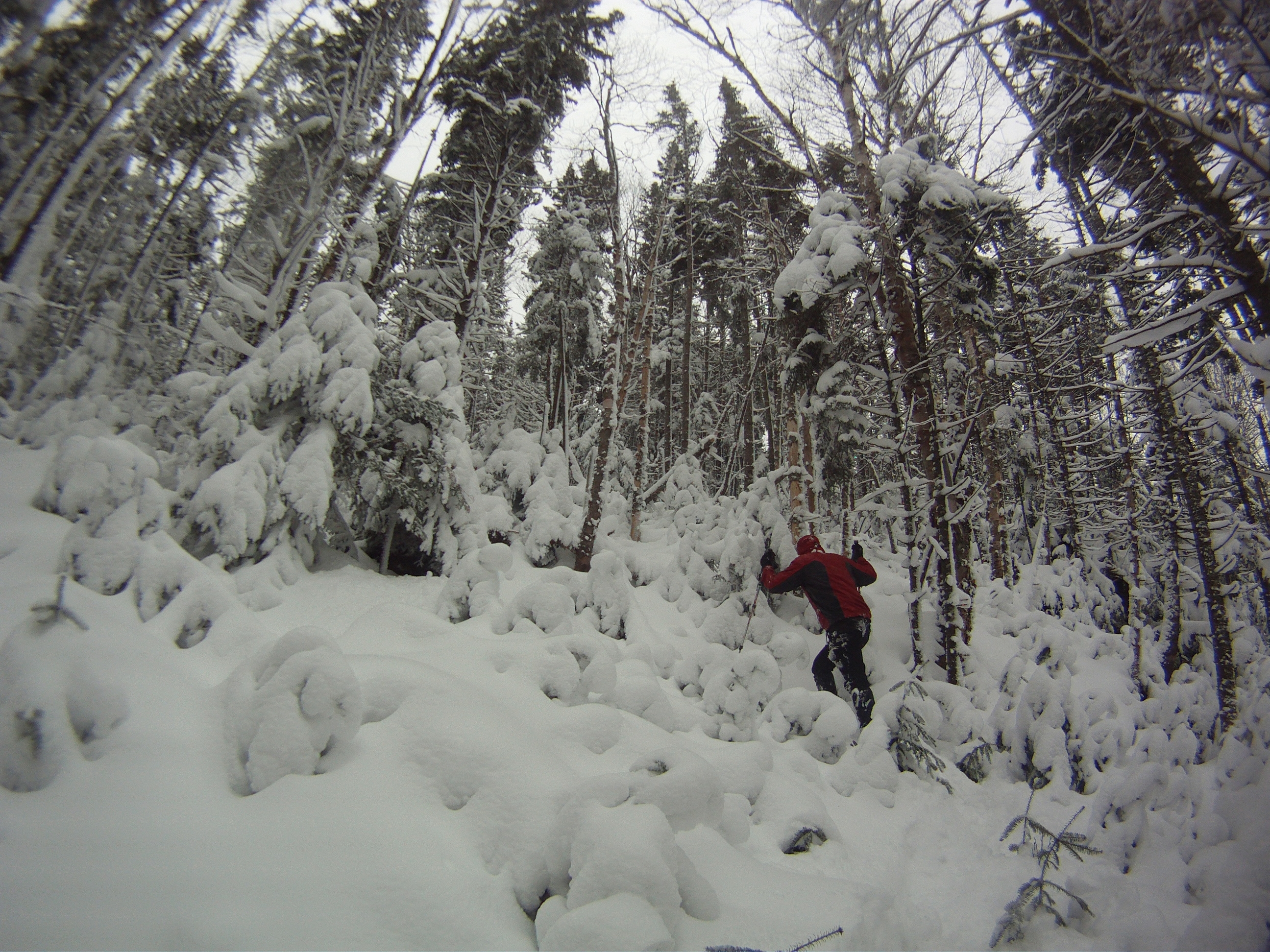 In the notorious Sawtooth Mountains.

Such work, if it should even be called that, is for those who like the low, lonely, and lovely. It is a rare hiker who likes peakbagging lists that bottom out among molehills that sometimes barely count as mountains. If you hike solo, like I do, it can be a lonely journey, too. But only if you can’t find good company in yourself. Climb nearly 600 peaks without anyone else around, and you’ll gain insight that those who hike in groups may never realize. Out in the rain and the swamps and the sun and the trees, a solo hiker learns about his inner authenticity—what wild land means to him, what he’s willing to do to reach it, and how it fulfills him. 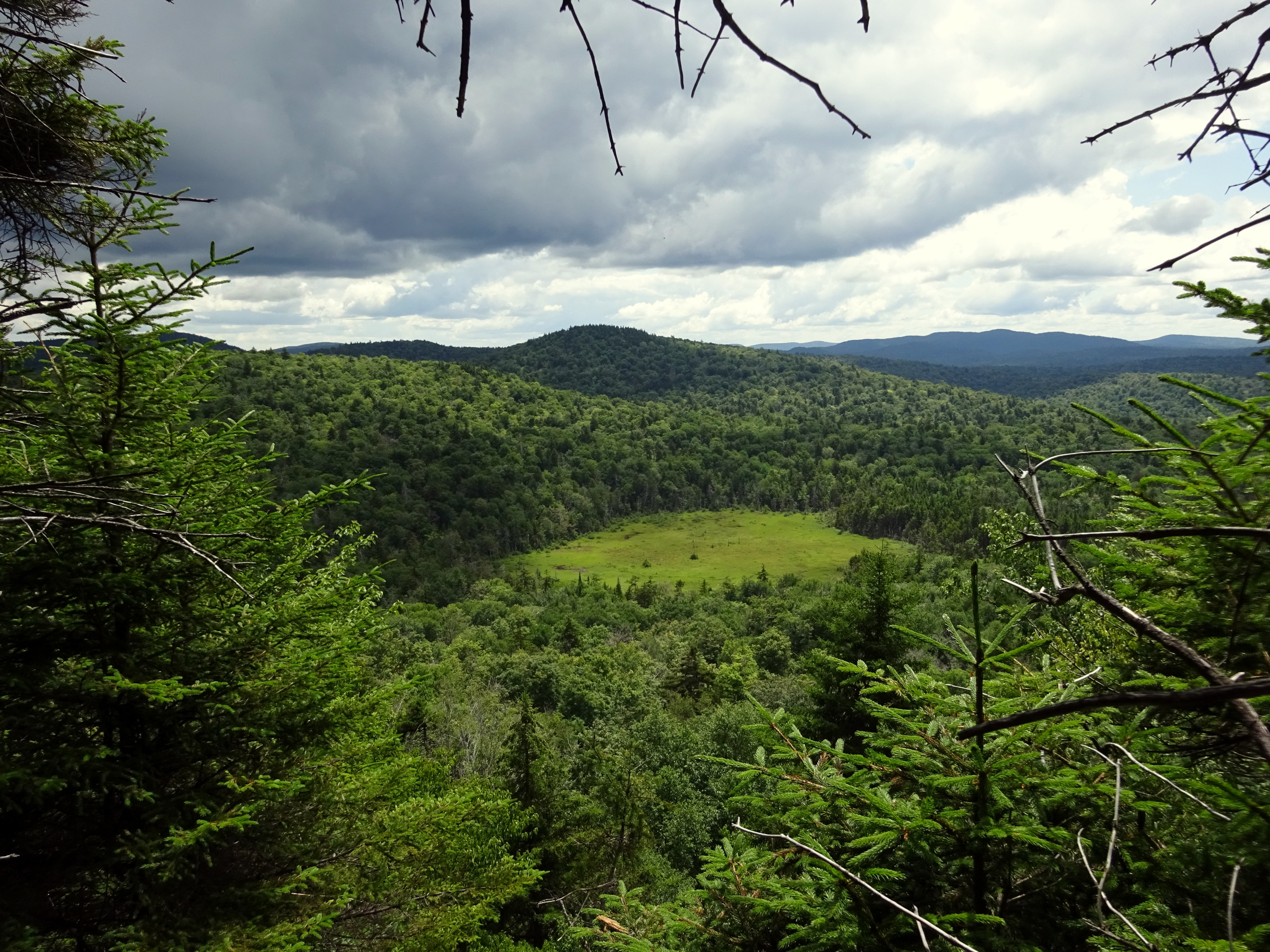 Such extensive peakbagging missions may be low and lonely, but they’re also quite lovely. For experiencing 600 peaks, surprisingly I remember most of them well. The cliffs on Squaw Mountain that I had to scramble up, the two moose I saw in the Sable Mountains, that terrible, storm-thrashed forest I had to force my way through on Green Top, the fresh bear sign on Wallace Mountain, the peak autumnal colors on Thompson Mountain, and the first snow of the season on Boot Bay Mountain. These intimate memories are tucked away in my mind, but they’re backed up by hundreds of photos and journal entries, for my memory will eventually fail. 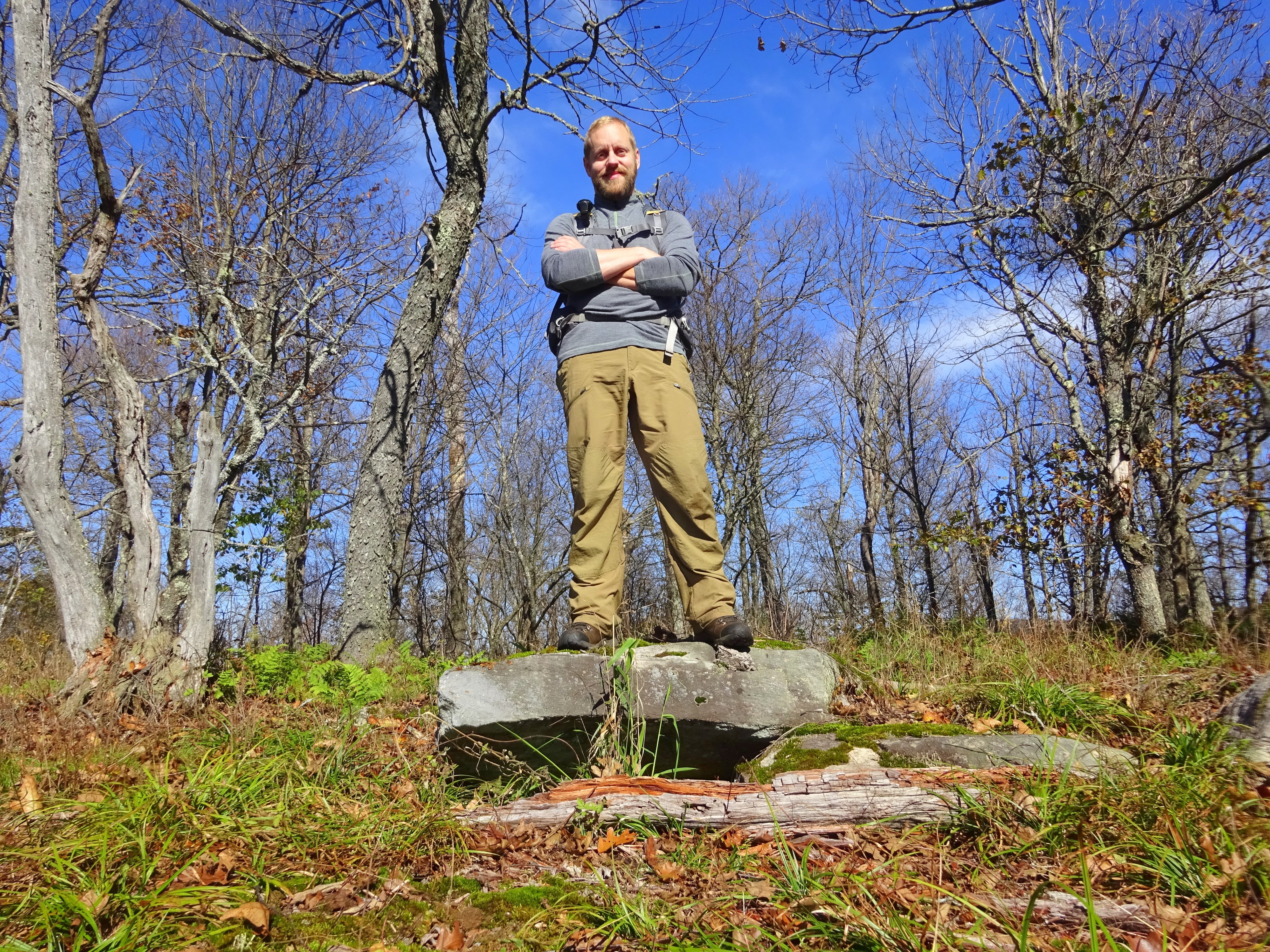 When I’m at home, well-fed and well-watered, with dry clothes on and no insects nibbling at my neck, I fantasize about composing an even bigger list and then heading back to the mountains to climb every Adirondack peak above 2,000 feet. There are at least 1,500 of them. But my peakbagging career, if I can be so bold as to call it that, is a fading light. It’s up to someone more driven, and younger, than me to compose and tackle such a monstrous list. If someone from the next generation of peakbaggers ever gets around to climbing every 2,000-foot peak in the Adirondacks, I’ll be jealous of what they were fortunate enough to experience in what I suppose would be called “the backcountry of the backcountry of the backcountry.” And when they finish this list after a few decades’ worth of hiking, just so as not to annoy them, I won’t bother asking, “Have you done the 46?”

Erik Schlimmer is founding member of Friends of the Trans Adirondack Route and founder and resident author of Beechwoods Books. More on what he does can be found here, and you can follow him on Instagram.