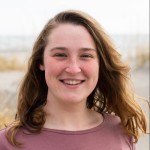 Things that coffee is good for:

I was halfway through a large, strong mug of joe as I filled in cell after cell of a spreadsheet titled “MST ‘21”. When I told my boyfriend that I would be hiking the Mid State Trail this May, he got all jealous.

Now it’ll be the two of us making our way north, though I can’t say I’m complaining. The MST is lonely and I could use the company.

So side by side, we blew an entire morning filling in post office hours, addresses, and miles between towns. I like my coffee really strong, so you can bet I drank the sludge at the bottom, too.

Although much shorter than the AT, planning the Mid State Trail has been more involved. I never once touched a spreadsheet before summiting Springer Mountain, and I didn’t think about distances between towns until I was walking the trail.

I can think of a few other ways it’s been different, too. Grab your coffee and I’ll tell you about it. 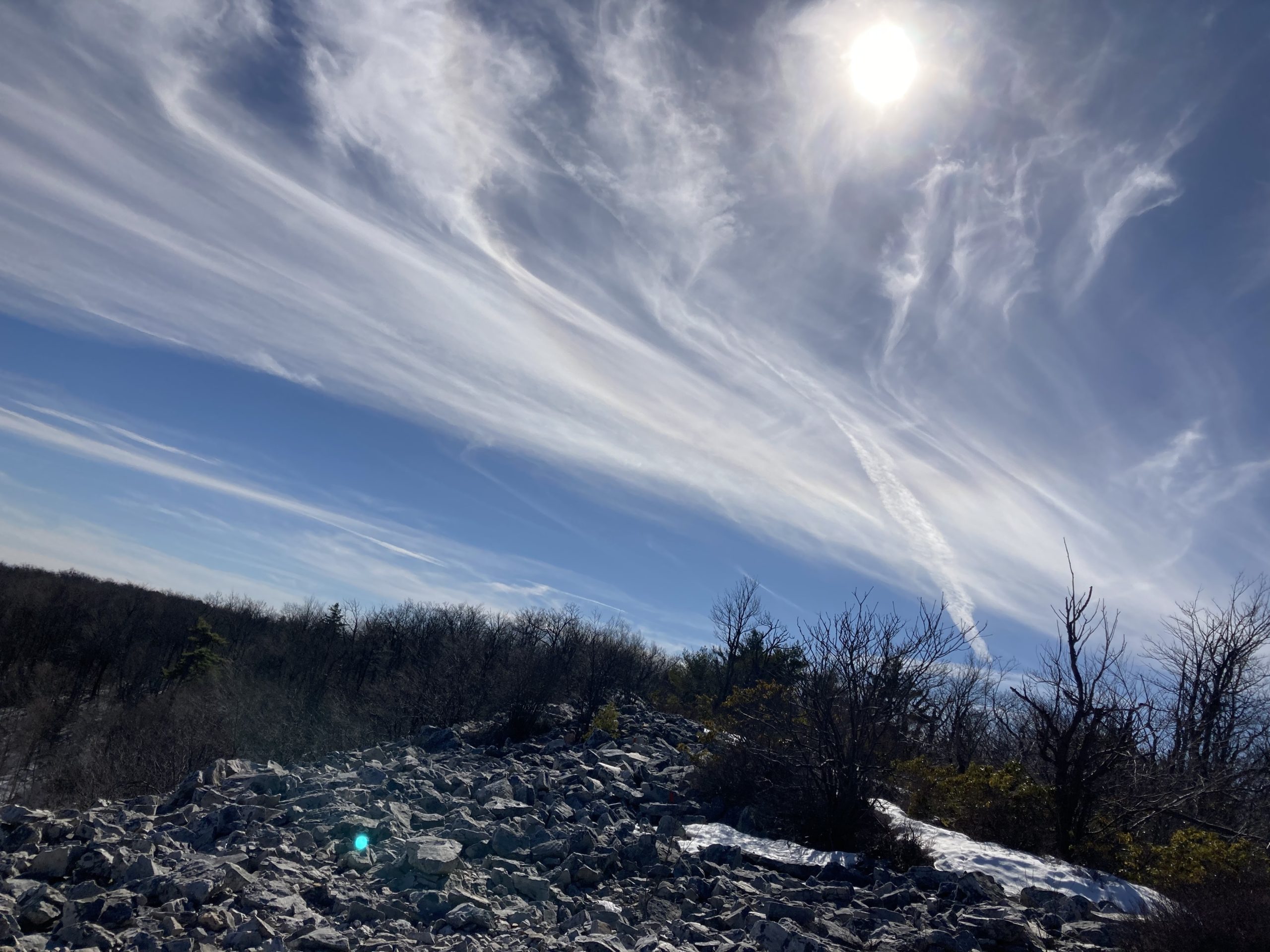 And it might be a gigantic pain in the ass. I didn’t document my AT thru-hike in any form that was public or involving the internet.

I didn’t want the obligation, nor did I think I would have anything unique to say about the United States’ most iconic footpath. There are a bajillion awesome blogs and vlogs out there already.

The MST has no such backlog of info. It’s a home-grown trail with a backwoods feel, and I think it deserves more attention. You know what gets people to pay attention to things these days?

I’ll be attempting to vlog during my time on this trail, too. I have the technology skills of your grandmother, so if you could use a laugh, then follow along. I’ll make a YouTube channel sometime soon.

The MSTA has done a fantastic job of creating a trail that feels remote in one of the most populated states in the country.

That being said, the civilization that it does skirt is pretty quiet. There aren’t any established trail towns for the Mid State Trail, and many of the towns that we’ll be stopping in have no grocery stores.

I didn’t pack a single box before I left for the AT. I bought food as I went and got incredibly tired of strawberry pop-tarts. Blueberry and Wild Berry are still okay, though. 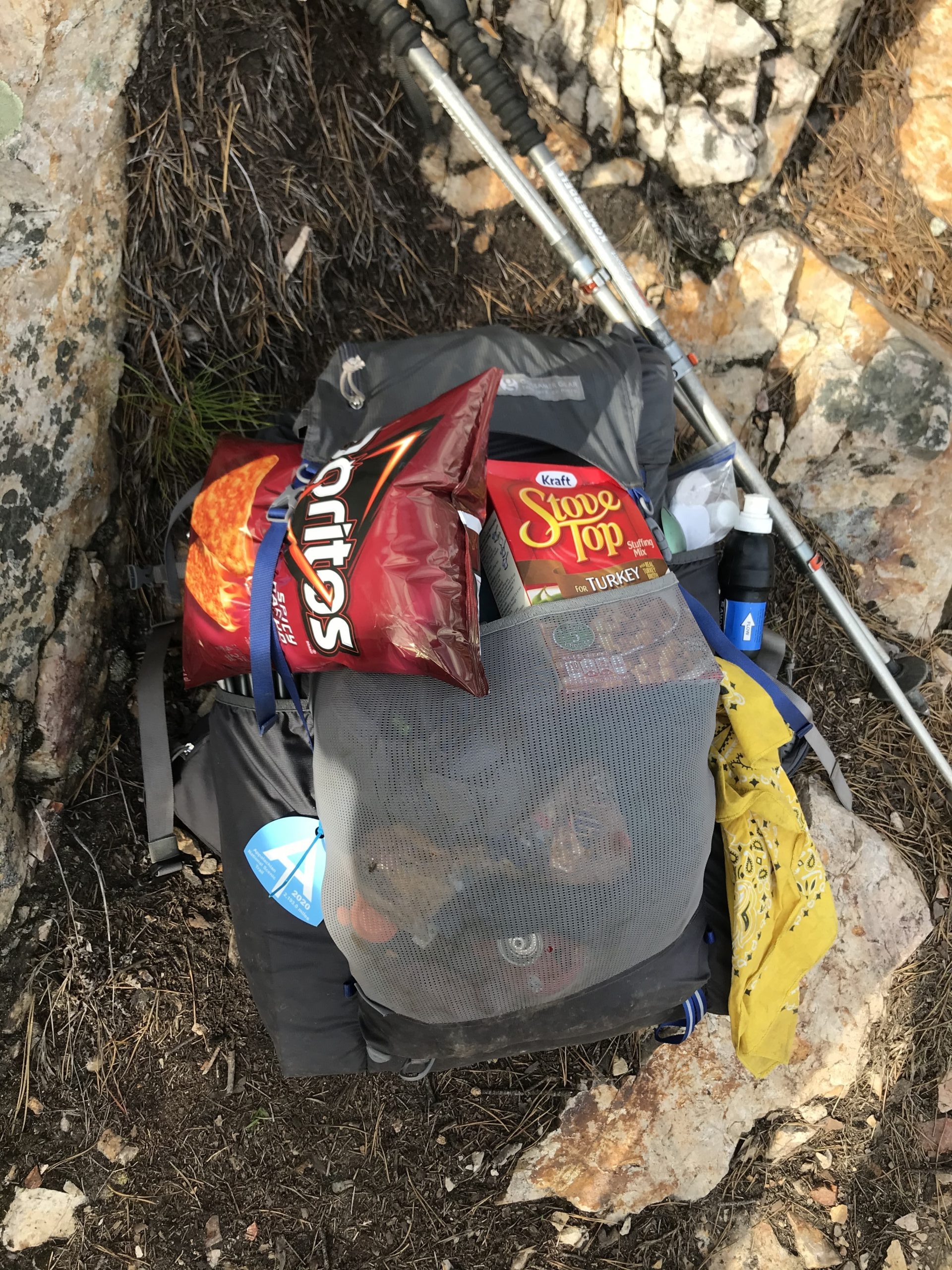 And maybe my pack won’t look like this ever again.

But now I’m making phone calls to places along the trail and asking if they take mail drops for hikers, and it makes me feel like an adult (or something).

Next, I’ll need to start buying the food to put in those mail drops. I’m hoping that means I’ll choose better food to put in my body this time around – but it’s not likely.

Most people will sit down with their coffee in the morning and go through social media. Some people read newspapers.

No sir, not me. I kick back and unfold a map. There are more than a couple of coffee stains on my map of the local state forest.

There’s nothing I love better than looking at the way that trails interact with the topography of the land. You find something new every single time you look at a map.

I didn’t bring physical maps on the AT, and I missed them really badly. The MST has six maps printed front and back – so three physical pieces of waterproofed paper.

I think I can make space in my pack for that. There’s nothing I hate more than relying entirely on my phone for navigation.

There is a Guthook app for the MST, and I decided to go ahead and get that, too. I like it for water sources and landmarks. 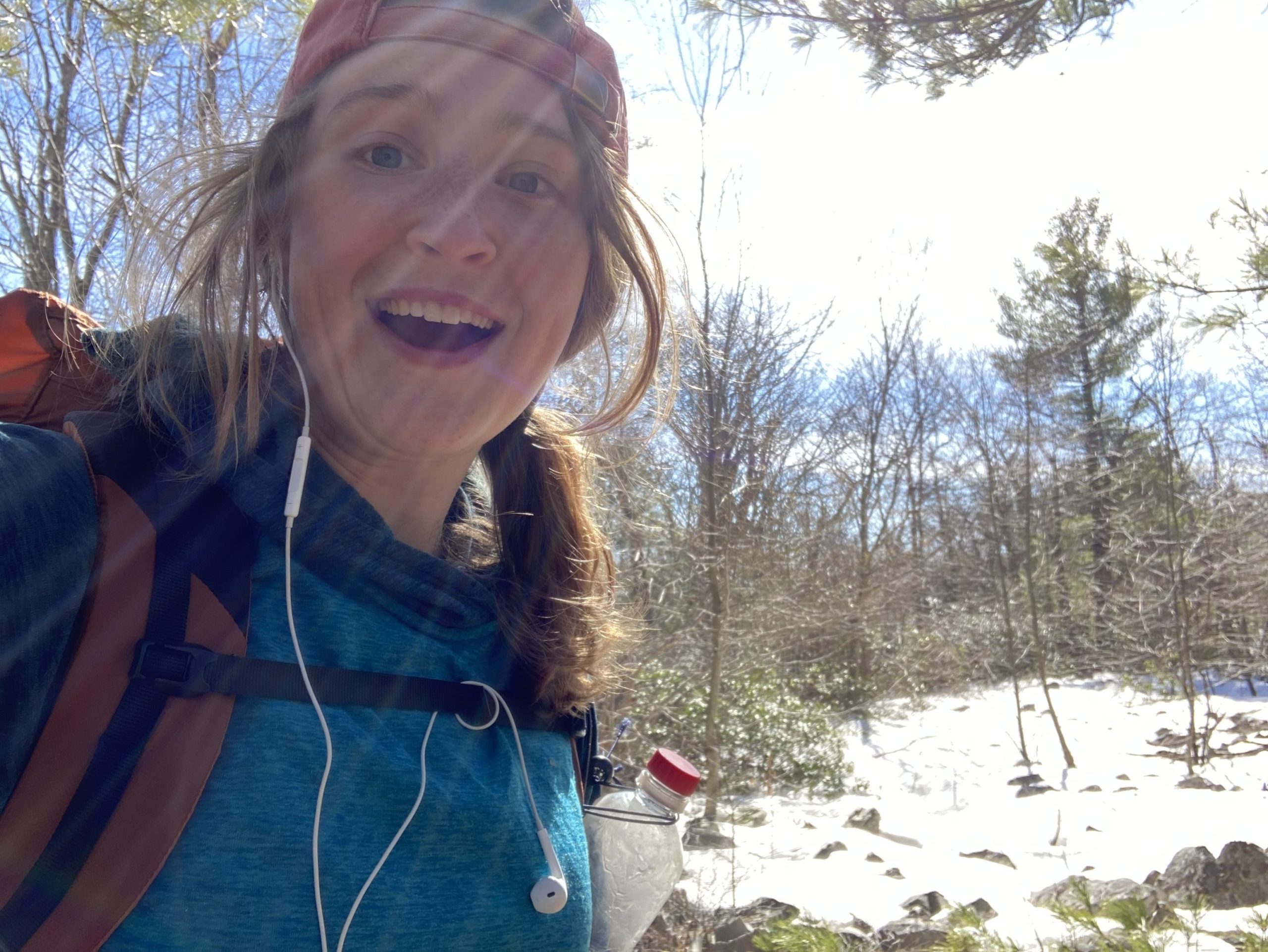 Before my AT thru-hike, I was like any other thru-hiker hopeful. Every backpacking trip was a shakedown for my thru-hike. I had replaced almost all of my old gear and was desperate to get as comfortable with the new stuff as I had been with the old.

Most importantly, I was desperate to get comfortable with myself, the woods, and myself in the woods.

2,200 miles later, I’m pretty comfortable in the woods. High winds and thunderstorms will always scare me shitless, but meandering down the trail is where I feel most like a human being. That means that backpacking trips stay backpacking trips – I wouldn’t really consider them shakedowns.

Instead of training specifically for the Mid State Trail, I’m training for a local trail half marathon – the last relic of my AT thru-hike.

Long before I hit Springer Mountain, I knew that post-trail depression would put me through the wringer. I’m really not a school person, and going back to school was going to hurt. I needed another big physical goal to keep me outside and voluntarily suffering.

So before I left, I chose my half marathon, vowing to train for it after I finished my thru-hike. And here we are.

That brings me to gear.

The only piece of gear that I’ve changed is my pack. My Gossamer Gear Mariposa was completely obliterated by the end of my AT hike, and I was praying that it would survive until Katahdin. The water bottle pocket had completely blown out, buckles were breaking, and I was out of floss to patch the holes with.

On a whim, I bought the Granite Gear Crown2 38L after my thru-hike. It was on sale and I couldn’t go backpacking unless I bought a new pack. I got it knowing that the torso was two inches too long for me and that it’s designed as a unisex pack.

After taking the plastic frame sheet out, it’s become much more tolerable. I’m in love with the roll-top closure, and it’s looking to be way more durable than the Mariposa.

Spring backpacking trips have taken a back seat in the interest of this upcoming race, but I get out for an overnight every now and then to get comfortable with the new pack. I whine when I have to sleep out in cold weather anyway.

5. There are no people 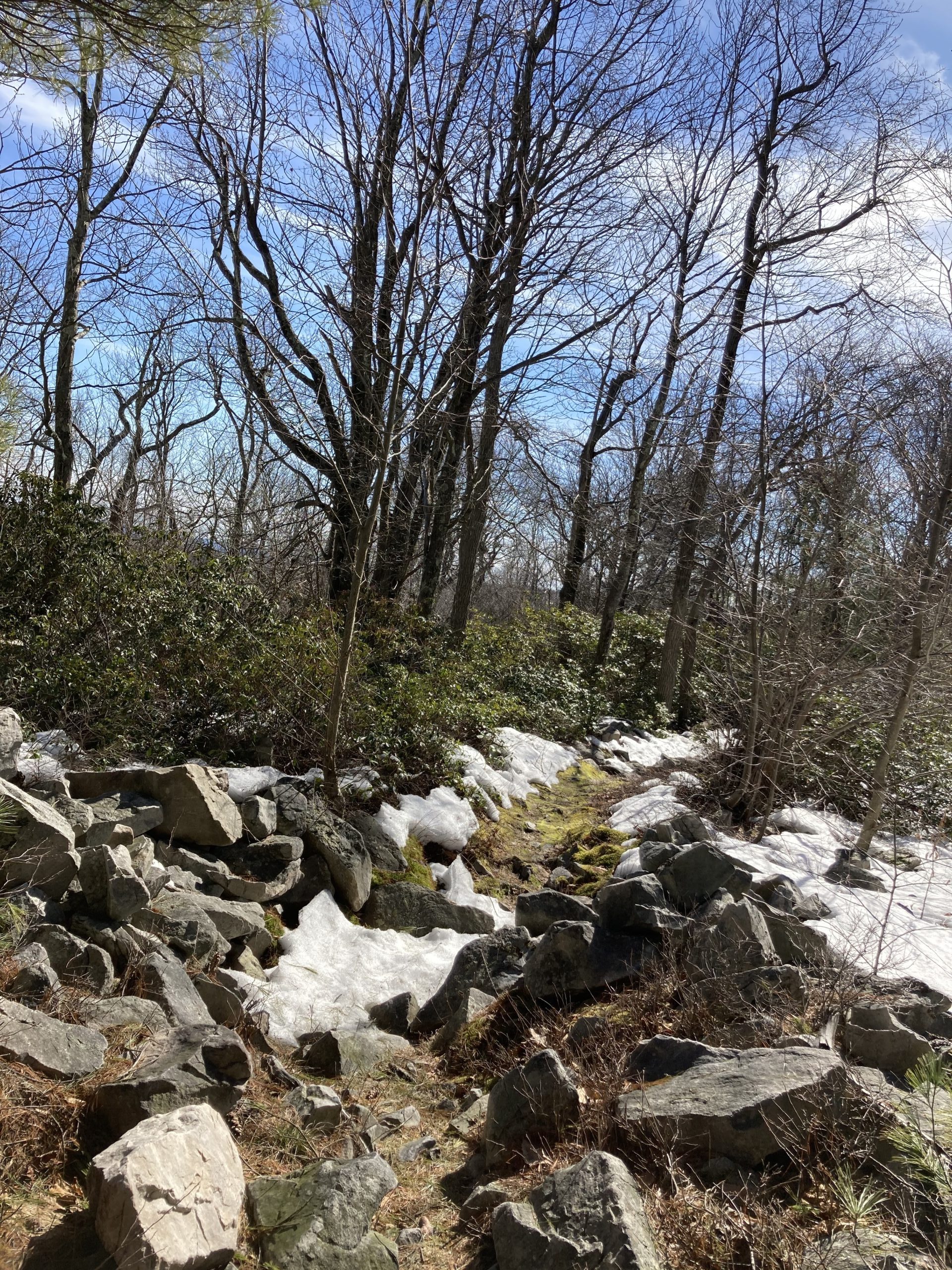 A few coyote tracks, but not much else.

That’s a slight exaggeration, but not by that much.

There’s only a handful of shelters along the MST, and the trail only sees a few thru-hikers per year. I like my solitude, so I’m not terribly disappointed.

It will be a different feel, though. I got out for an overnight trip along the MST several days ago and stopped throughout the day to absorb the complete silence.

If there’s one thing I remember about the Pennsylvania section of the AT, it’s the constant road noise. You could always hear a highway, even in the distance.

That night along the MST, I was very alone. I fell asleep to nothing but the sound of a howling wind going around and around the mountain. That kind of alone-ness is what recharges my batteries (and kills the ones in my headlamp, apparently).

And it will be similar this summer. There will most certainly be plenty of day hikers – and I’ll be happy to see them. But there will be no thru-hiker bubble and no fanfare.

This has little to do with planning, but I can’t deny that one of the biggest differences between these two hikes is the feeling.

In the week leading up to my AT thru-hike, I ate less than I had in the entire month prior and slept like a baby – that is, waking up every few hours to throw a tantrum.

Granted, this is no 2,000-mile journey, but this hike feels less like a my entire life has been leading up to this sort of moment and more like a summer vacation.

I’m okay with that.

So, I’ll see you on the MST this May – after I’ve gone and failed my finals and written my last research paper for the year. Sound good to you?

Sounds good to me.