Last week, a viral video showing a mountain lion following a Utah hiker up a trail for six tense minutes made waves on social media. However, critics say the media’s reporting on the video misrepresents cougar behavior and unfairly stigmatizes an animal that is rarely aggressive to humans. It can be difficult to separate fact from fiction when it comes to a creature as elusive and persistently misunderstood as the mountain lion. Where are you most likely to encounter mountain lions in the backcountry, how dangerous are they to hikers, and what should you do if you bump into one? 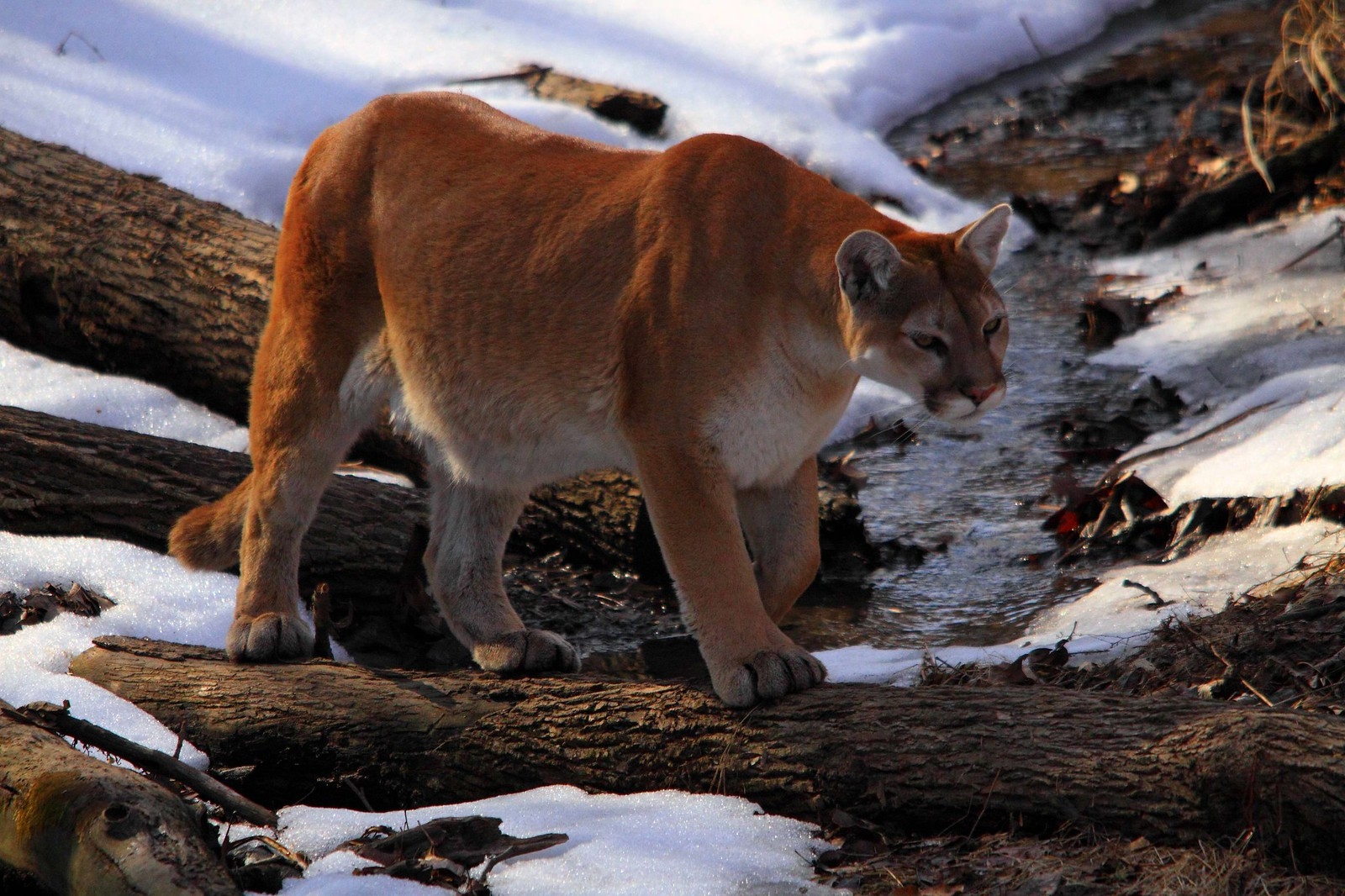 Mountain lions are the largest native feline species in North America. They are also known as cougars, panthers, pumas, and catamounts. Adults typically weigh between 80 and 180 pounds. Adults have solid, tawny coats (whereas infants are spotted and have blue eyes). If you encounter a large, brown cat and you’re in North America (and you’re not at a zoo), it’s probably a cougar. Other North American cats, like the lynx and bobcat, are much smaller and have patterned coats.

Mountain lions are secretive and don’t really like interacting with people. Regardless of the population density of cougars in a given area, you’re never all that likely to encounter one for the simple reason that they rarely make their presence known.

That said, hikers might encounter cougars on long trails throughout the west, including the Pacific Crest Trail and Continental Divide Trail, and potentially on the southern portion of the Florida Trail. This is because mountain lions still live in relative abundance in the western US, Florida, British Columbia, and Alberta. In contrast, you’re virtually guaranteed not to encounter a mountain lion on or near the Appalachian Trail because humans have eradicated them in the eastern United States.

Although cougars are rarely dangerous, it’s always a good idea to keep your guard up in the backcountry, as individual animals can behave unpredictably. Practicing good mountain lion safety starts with understanding them. We spoke with Denise Peterson of the Mountain Lion Foundation to learn more. 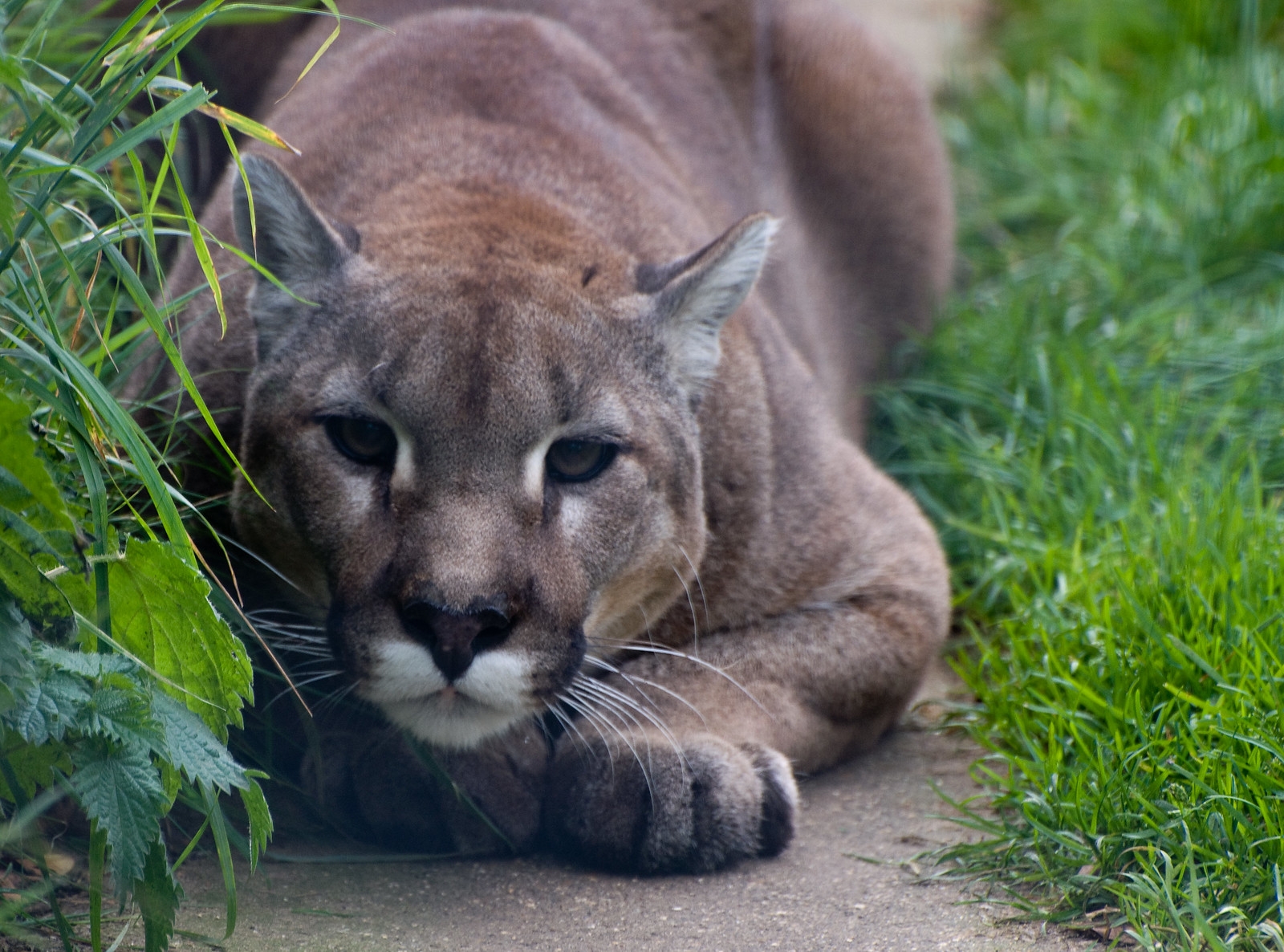 “For as much as mountain lions are reported to have ‘stalked’ a human, this is seldom actually the case. This behavior is rare as they typically go out of their way to avoid us. If you’ve ever seen a domestic cat stalk prey, the behavior is distinct. They crouch down and fix their gaze on their target. Mountain lions stalk their prey in a similar way. More often than not, when a person comes across a lion on the trail, it’s purely by chance. If a lion is stalking, their goal is not to be seen.”

What was happening in the video from last week?

“The behavior exhibited in this encounter was very clearly defensive. Mama mountain lion saw a potential threat to her cubs’ safety and sought to escort the individual out of the area. She did not see him as prey at all. Mountain lions are typically conflict-averse and will flee the area if a more dominant predator, be it a bear or a human, approaches.”

Are mountain lions dangerous to humans? 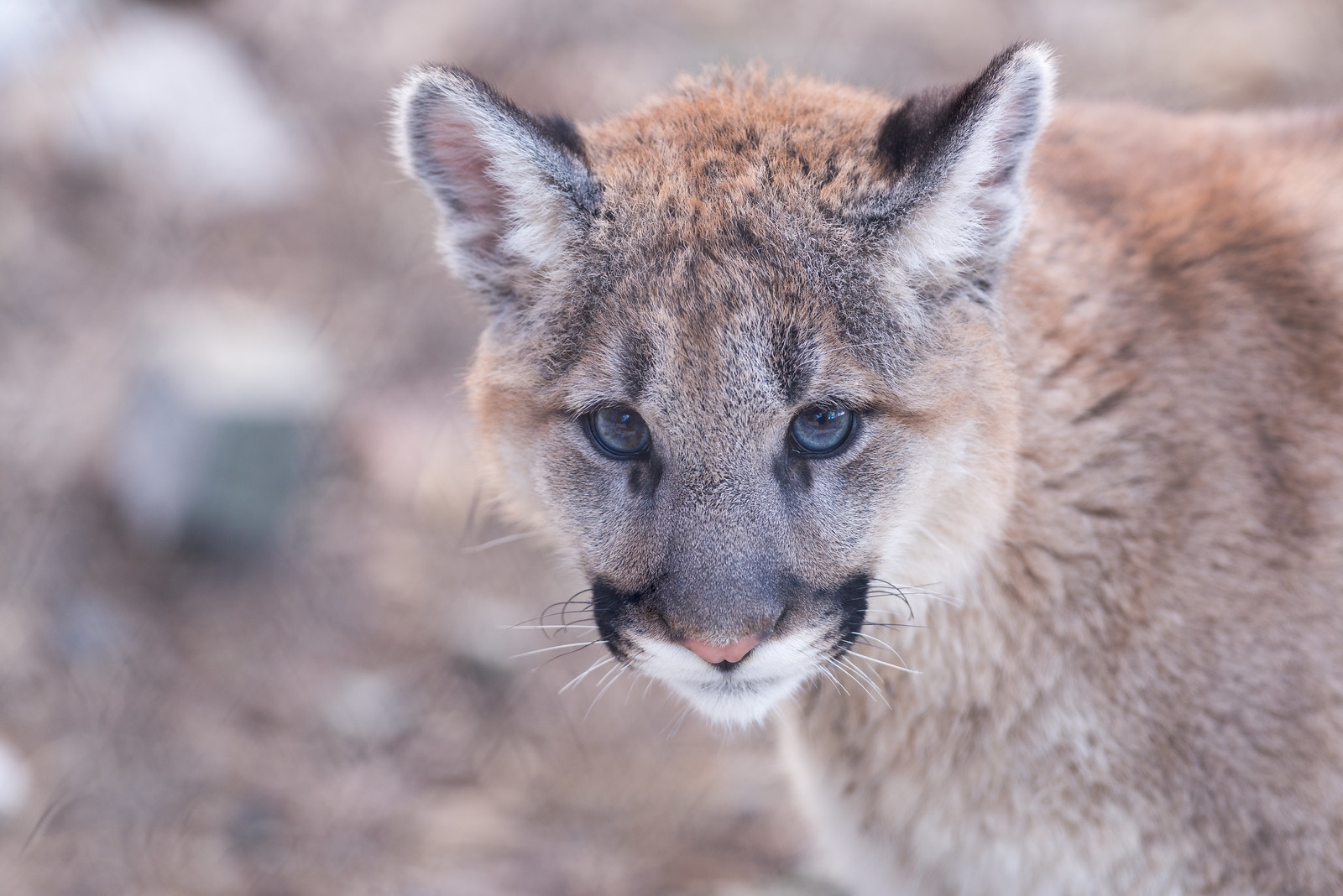 “Mountain lion attacks are incredibly rare, with fatalities being even rarer. Of the approximately 125 documented attacks, there have only been 27 fatalities since 1890. It’s important to know that mountain lions, by nature, are not that aggressive. Researchers frequently go into dens to tag and survey litters with no issues with mom.

“However, as with people, mountain lions are very much individuals and are by no means cookie-cutter in terms of behavior. Some are shy, while some are bold. Others are good hunters, others not so much. Some are curious about people, while others much less so. 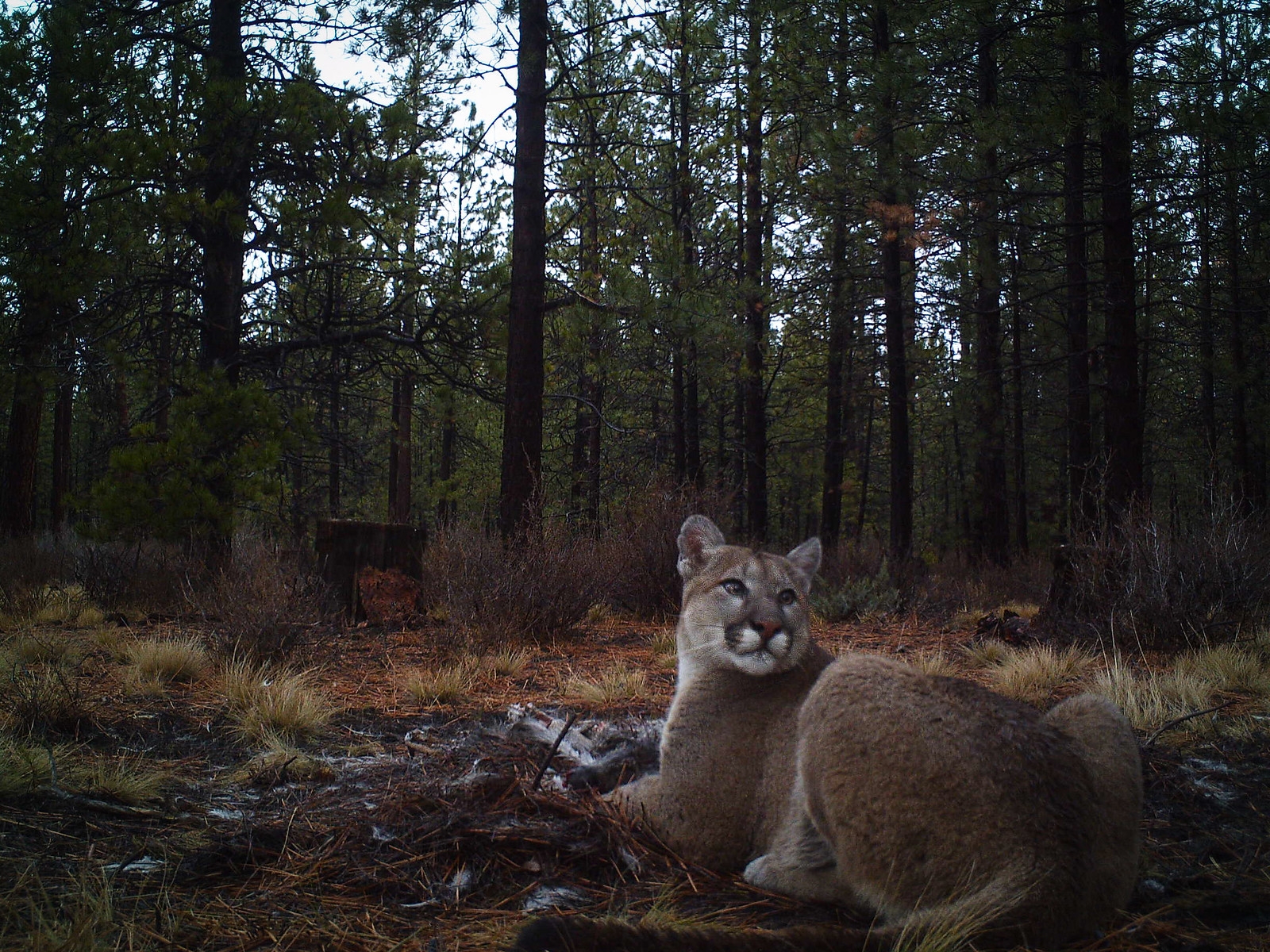 “It’s important to note that human activity plays a role in conflicts with mountain lions. Trail running and mountain biking in mountain lion country can trigger prey drive response. In other words, a mountain lion might see that quick movement through the forest and mistake it for prey. That’s why we encourage folks never to hike, bike, or run alone in the mountains. Also, make noise while still being cognizant of others. We don’t usually recommend music because it’s incredibly disruptive to other people and wildlife. If you’re with someone out on the trail, there’s a good chance you’ll be talking, which is a good deterrent for lions. It lets them know you’re human.

“…Overhunting of mountain lions has been found to increase conflicts with mountain lions. We are putting unnatural stress on otherwise self-regulating populations by disrupting their social structure and/or orphaning kittens. As a result, we’re seeing an increase in depredations and other types of conflicts.”

What role do mountain lions play in ecosystems? 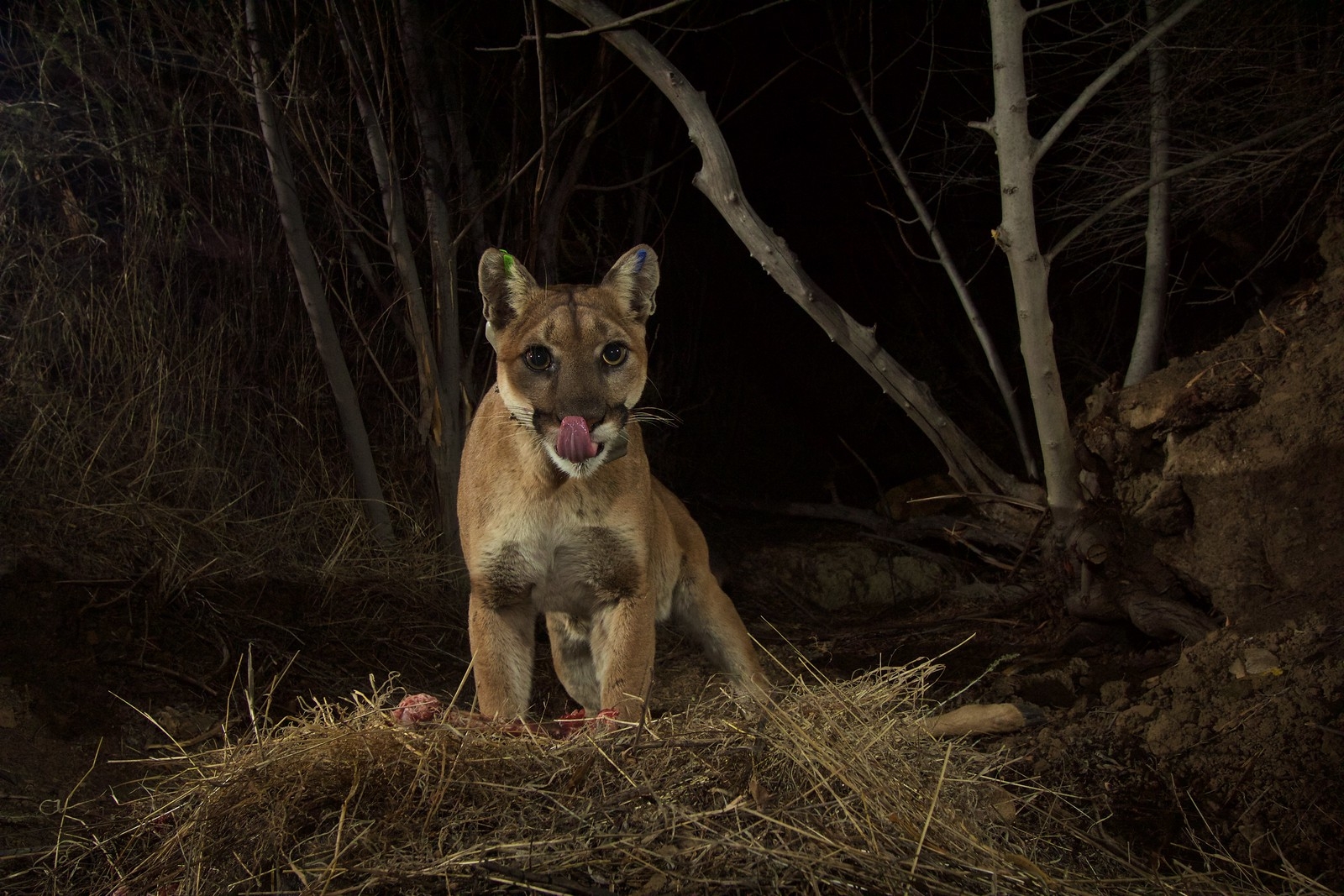 “Mountain lions are crucial to the health of an ecosystem. They help maintain balance… In areas where apex predators like mountain lions have been removed, you see an increase in the number of ungulates (deer, elk) on the landscape. These animals then overgraze, causing a ripple effect throughout the environment. There can also be an increase in the number of mesocarnivores, which can have an impact on smaller species. Ultimately, mountain lions… have been found to increase biodiversity wherever they are present.”

Any safety/cougar-specific Leave No Trace tips for campers and backcountry travelers?

“It’s important to know that mountain lions are not aggressive by nature and really do go out of their way to avoid us. However, simply seeing a lion doesn’t mean that it’s a threat to you. Knowing what to do if you do encounter a mountain lion can result in a positive experience – this is true for any species of wildlife! We recommend always recreating in the outdoors with a buddy – never solo.

“… If you do see a mountain lion, don’t run! Instead, stop and make yourself look big. Raise your arms, yell, and make a lot of noise. If you have pets or children, keep them close or pick them up if you see a lion. If the lion approaches, throw things at it. And if it attacks, fight back! You’ll also want to slowly create distance between you and the cat by backing away and maintaining eye contact.”

“If you are hiking with a dog, keep it leashed! We were hiking Slate Canyon this past weekend, where there was a known mountain lion encounter, and people were still letting their dogs run around off-leash. If a dog or pet is killed, it is usually the mountain lion that pays the ultimate price. Please, keep your pets leashed. It’s safer for them and for wildlife.”