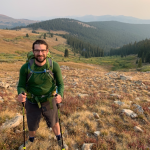 I’ve finally started the Appalachian Trail!! Cody, Kim, Alex, & Shannahan all joined me. My back strain healed up fast and wasn’t a factor and I got to hike around Northern Cal before starting the trail. All the photos are at the bottom and I’ll add more later. The photo upload has been slow for me. I also wrote this on Kindle which has the worlds worst autocorrect so there’s likely tons of spelling errors.

After the scare of the back strain, visiting Brendan in California was a real bright spot. I love Brendan so much. The love of my life and I spent Easter together and we hiked around Napa and go to a few breweries. I got the most amazing picture of a deer there. It was so epic.

Later on in the week I did some solo hiking while he worked. Walnut Creek, Berkley, and Oakland are so pretty. It really was sublime. We were later able to go to the beach and Muir woods where we saw giant redwoods and a beached whale.

Getting Lost at The Lost Creek.

Sebastian told me about a really awesome short hike I should go on in the Ozarks while I drive through. It was really cool. I wrote a poem in my head during it but I never wrote it down. It was an awesome poem. You’ll just have to trust me on that. After my hike my phone died and I realized I had no idea how to get out of the middle of nowhere Arkansas. I ended up finding a way to get towards little rock by going through Harrison of all places. What an adventure!!

My dad drive me from Jacksonville to Augusta to meet up with Cody and Kim. I hung out with them for a bit and then us three (my dad left me there) went on to pick up Shannahan from the ATL Airport and meet up to see Alex and Sydney. Then we left for the approach trail of the AT.

On the way we picked up provisions as well as booze and firewood and a baguette. Once we got to the lodge and checked in Cody and Kim, we started the .5 Mike trek to the campsite. at camp were Grateful Greg and his trusty steed Hermes the dog. Alex carried up the 15 pounds of firewood and baguette. We started the fire and drink out booze sharing it with Grateful Greg and until our hearts were content.

The next morning we hungoverly stoopered down to the lodge to see Cody and Kim and grab breakfast before dropping off Alex ‘s car at Gooch gap. Gooch is the best name for a gap in my opinion. Cody surprised us by paying the breakfast bill at the lodge. My First trail magic (kinda).

After a late start we finally got going. The stairs were closed on the approach trail due to a washout but we still started at the arch. We climbed in earnest. It was a gruelling climb up to the southern termonus but oh so beautiful. The gods, both the old and the new, had smiled upon us to grant us spectacular weather. Eventually we made it to the top of Springer and signed out names in the register. At the top we met Nothing-Stuck, a 2017 thru hiker. He was visiting the old gal and seeing how she was doing. He gave us advance including how to win the race by coming in last. I shared with him single gummy bear and he shared with us stories and beer. A very good bargain. PBR was amazing even in its warmer start as a tall boy.

Alex, still hauling around his baguette was beginning to queer glances. Eventually we settled on Alex’s new name as baguette, approved by Nothing-stuck ironically. You see, nothing stuck was his answer to his trail name when he hiked because, well, nothing had stuck. Then people began to call him that in earnest and it stuck. After spending.an hour with Nothing-stuck we realized we needed to boil at as it was growing late and we had a tendency to linger. So began the death march!!! Baguette lead us on a dangerous journey through wood and creek to our campsite at three forks. We passed many hikers and veered for our ankles. Baguette took a tu!now with no injuries but we made it and enjoed hot toddies by the campfire.

The next morning we ran into Grateful and Hermes and hiked with them to a waterfall. Enjoying the running water and the companionship. Our gang took many photos and loved our adventures during this time. We went in earnest to Gooch camp so the departure of Baguette could Thomas scheduled as he had to return to his corporate slave life. We received our next dose of trai magic from Grandpa. Grandpa had written about the trail and loved giving back to the trail. That nighy.We hunkered down and slept.

The next morning we began our journey to Kneels Gap and Blood mountan with Grateful. Did to my back injury from a few weeks ago and my desire to start easy we would take the next couple of days easier. We had a womderful.camping spot 5 miles from the summit of Blood where so thru hiking dreams die.

Shannahan Being Shannahan and I See Blood

At camp, Shannahan does as Shannahan does and started walking around in his underwear. The next I dubbed him Captian Underpants and it stuck. We all got to bed early as we aimed to be at Kneels Gap early and enjoy the views on the peak of Blood Mtn.
Morning came with little sleep as we eargly awaited the toughest mountain in GA. Grateful went ahead and was there for sunrise to enjoy the views. Captain Underpants and I began our journey with a rolled ankle to yours truly. We saw the most wonderful views. We misplaced the trail on the summit and we had a good bushwack to get back on trail.

After getting to kneels gap we both are entire pizzas and I changed my shoes. I loved my Altra Loanpeaks but I’m a heavier set hiker and those shoes already had many miles on them. They were too warn and I will.need to.lose.more.weight before I return to them. After Kneels Gap we continued on our way and camped with Titanium, Bilbo, and Academy Award Winning Actress Emma Stone. Grateful, Captain Underpants, and I set up under widow makers on a windy night and we had to do an emergency tent move.

So far so good on the trail. 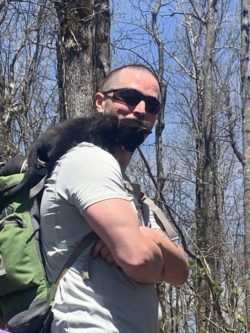 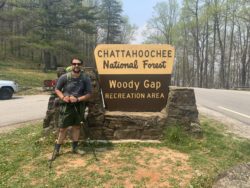 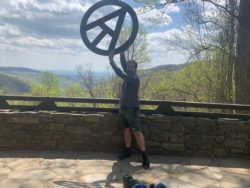 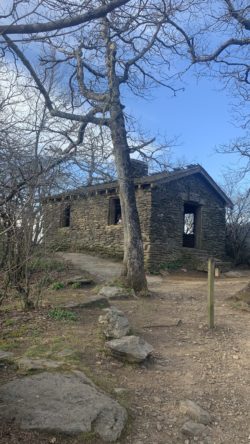 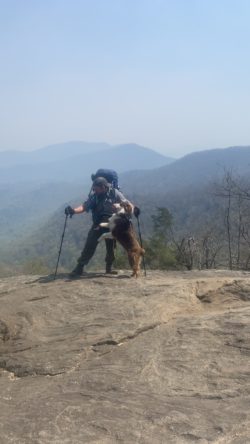 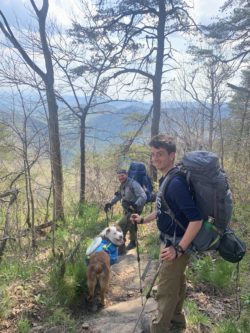 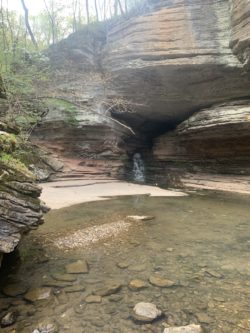 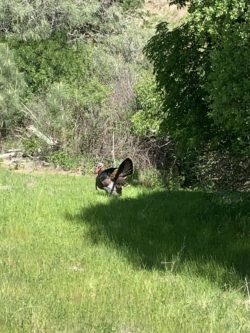 I plan on starting my thru-hike of the AT on April 17th. My company has granted me a 6 month sabbatical to complete the trail. I am an Environmental Engineer who loves backpacking. I have done portions of the Florida, Ice Age, Colorado, Appalachian, & Continental Divide trails. I have about 400 total miles of backpacking experience under my belt and hope to add 2200 after I finish the AT. If I finish the AT early enough, I may just complete the remaining portion of the Long trail for fun.