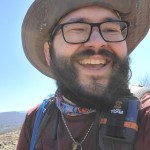 Nicholas “Click” Reichard on “SToRIES”: An Interview with a Prolific Hiker, Photographer, and Author

Nick is a thru-hiker, photographer, and dad. In the spring of 2021, Nick added another title to his list – published author. His book SToRIES uses an engaging combination of short stories and photos to tell the reader his story.

In 2015, Nick took a film camera (the first he had ever used) with him on the Appalachian Trail. This decision changed his life. In the six years following, he has hiked 6,000 miles, visited 14 countries, and shot 700 rolls of film.

SToRIES draws on those adventures and covers everything from when Nick first stepped on the trail to the moment he became a father. When reading SToRIES, the reader not only sees Nick grow up but they also get to watch him grow as a photographer and hiker. Nick leads readers through 30 short stories that cover unique moments in his own journey. At its core SToRIES is about how we as humans continue to grow and adapt to the situations we find ourselves in.

Hikers might know Nick from his 2015 thru-hike of the AT, 2016 PCT thru, time on the Annapurna Circuit, or 2017 section hike of 1000 miles of the CDT. In addition, Nick’s work has been featured in Rizzoli’s book “The Continental Divide Trail: Exploring America’s Ridgeline Trail” and Sarah Kaizar’s “Hiker Trash” – the latter of which inspired him to write SToRIES.

I was able to catch up with Nick a few months after he published the book and he was nice enough to answer a few questions for The Trek. 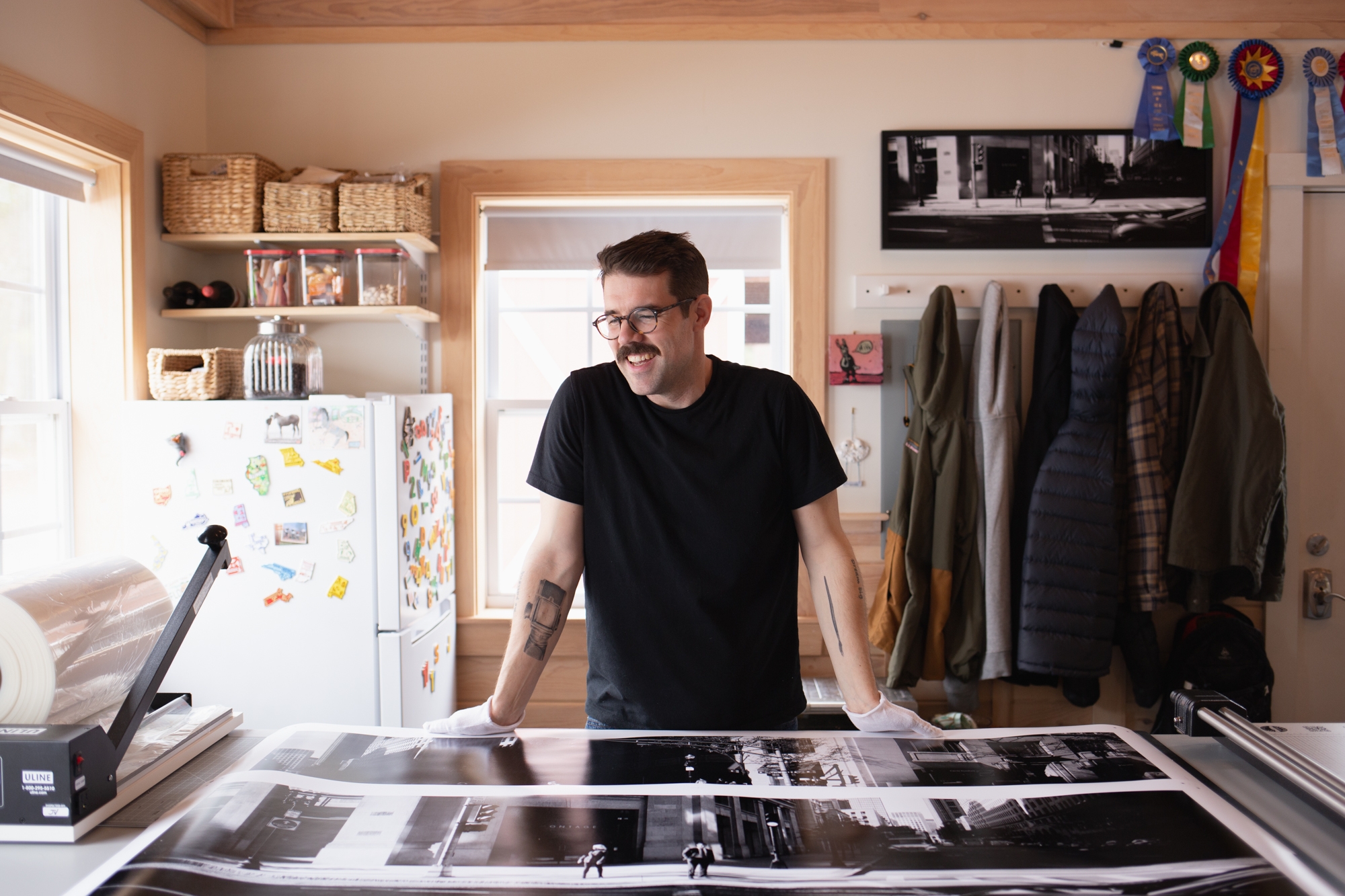 To get us rolling, tell our readers your favorite fun fact about you.

NR: I went to Savannah College of Art & Design for my undergrad and majored in film & television. One year, there was this big Hollywood production filming in town and it was a Robert Redford film. I never thought in a million years I’d have the chance to walk on a real set especially since I was only a sophomore and didn’t know anyone working on the movie.

One day after class I came back to my apartment and they were filming on my street so I started hanging out and watching. I’d stay out crazy late and eventually, some of the crew noticed and invited me on set. That week I even met some of the cast including James McAvoy, Justin Long, James Badge Dale, it was insane.

One night they just wrapped and it was something like 4 in the morning, I was still hanging out but really tired and about to go home. Then all of a sudden I realized Robert Redford was standing right next to me. We both just stood there for a minute watching the set close for the night. I looked at him and said “Bob. (Everyone close to him called him bob for short, so I tried to fit in.) Bob, can I ask you a question?” I told him I was a film student at SCAD and wondered if he had any advice for me as an aspiring filmmaker.

He was really kind and was actually asking me all sorts of questions about the school and how I liked it but eventually told me if I wanted to be a director that I needed to be able to put myself in the shoes of my subject and if I learned how to act it would go along way in being able to communicate. I really took that to heart and thought it affected my work when I started thru-hiking and to this day think of myself as a method artist.

What made you set out for the Appalachian Trail?

NR: I was never really interested in backpacking but I was at a point where I needed to take control of my life and immerse myself with my art. In 2014 I built a bed in my car and traveled to the most eastern point in North America. On that trip, I shot a short time-lapse film. Afterward, I realized that I had now seen more of Canada than I had of my own country. That’s when I thought maybe taking the chance to slow down and capture what I see at the pace of my own feet on the AT might be the best thing for me. 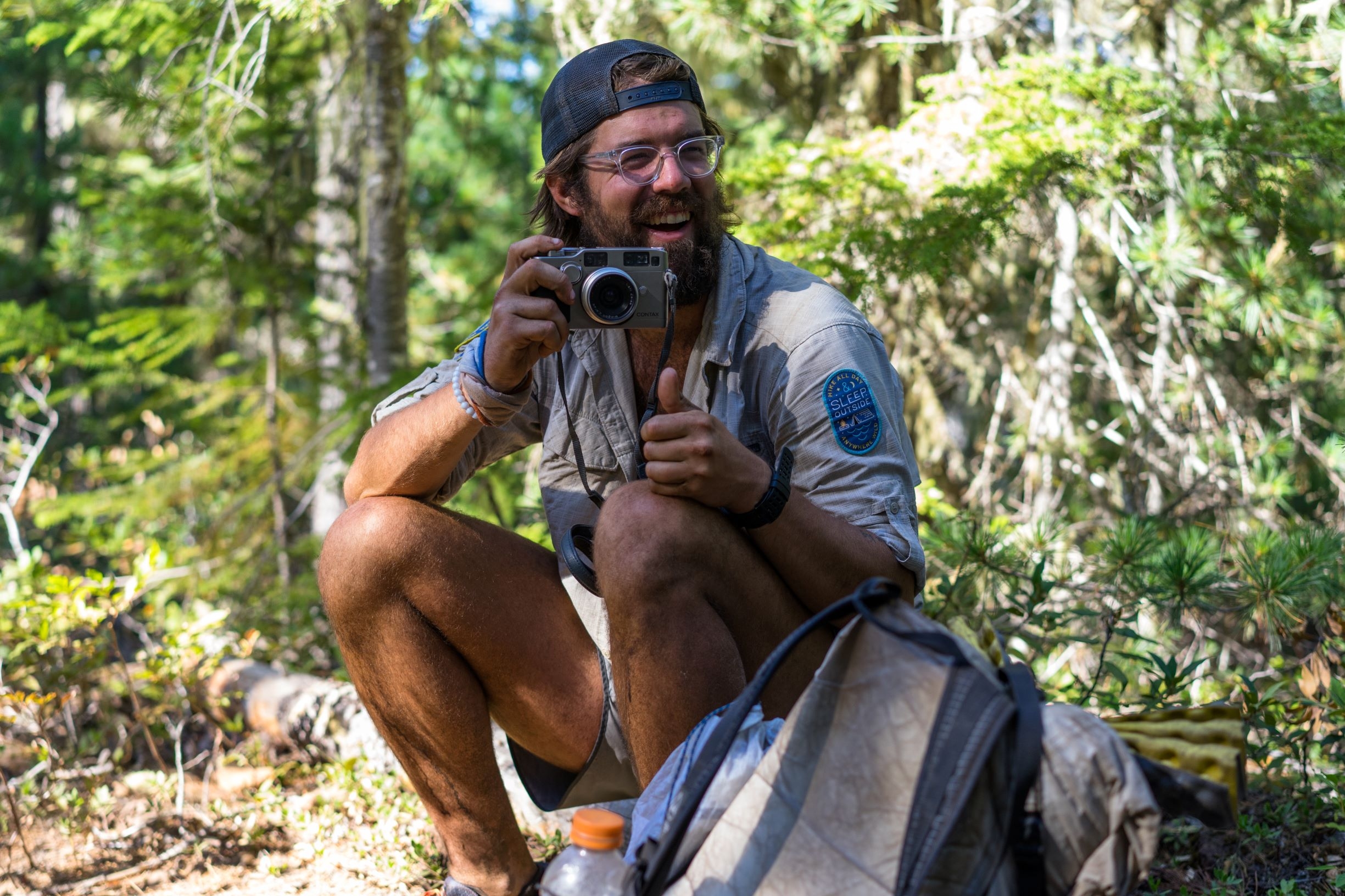 Why did you bring a camera with you on your first hike?

NR: I took two, a Pentax K1000 & medium format Hasselblad 500C. Just a few weeks before I set off on the trail, I tried to learn how to use them as quickly as possible. My first 3 rolls of film on the Hasselblad actually came out blank because I was loading the film backward… Shooting film is very humbling!

I knew the AT was going to be the hardest physical and mental challenge I had ever attempted so capturing it with a few old film cameras helped paint the truth of what I experienced; the gritty, raw reality of a thru-hike. I used to tell people that it was my cameras that kept me going but now looking back, it was my fellow hikers that motivated me to take the next step.

What draws you to photography?

NR: As a kid, I loved making fun videos on my parents’ giant 80s camcorder. For as long as I can remember, I wanted to be a filmmaker. I graduated from the Savannah College of Art & Design with a BFA in Film & Television. However, it wasn’t until after graduation that I became engrossed in photography. At that point, most of my friends from school had moved to LA or NY and it was becoming harder to find help making short films. Photography seemed like a natural way to channel my creative energy without needing a crew. I quickly grew to love being able to tell a story with just a single image.

What was the inspiration behind SToRIES?

NR: In the span of three years, I hiked over 6,000 miles and shot 700 rolls of film. There was so much that happened in that time. I wanted a way to both share my work and also encourage others to keep moving, dreaming, and creating, much like I did during that time. I want the viewer to feel like they are right there with me as they look at photographs.

What was your favorite shooting location?

NR: I love this question but it is so hard to answer! As you’ll see throughout the book I traveled to a lot of places and covered quite a few miles by foot. After I thru-hiked the Pacific Crest Trail I was excited to immerse myself in the culture of Nepal and was fascinated walking through the streets in Kathmandu. At that point, most of my portfolio was thru-hiking related so I was excited to be photographing different people and places.

That said, I probably felt most connected with my camera when hiking through the Sierras with my Hasselblad. Between the dramatic landscape and my personal challenge to only shoot black & white film, I saw the various locations in a completely different way.

What cameras did you use to shoot the book?

NR: Something I talk about in the book is my decision for why I carried certain cameras on each trial because they were all different. I thought that would be a way for me to challenge myself artistically. While thru-hiking the PCT, I wanted to use a Pentax 67ii that I nicknamed “The Beast.” It weighed six pounds and had a 1 pound wooden grip. I had it shipped to me at Kennedy Meadows so I could use it in the Sierras up through Northern California. 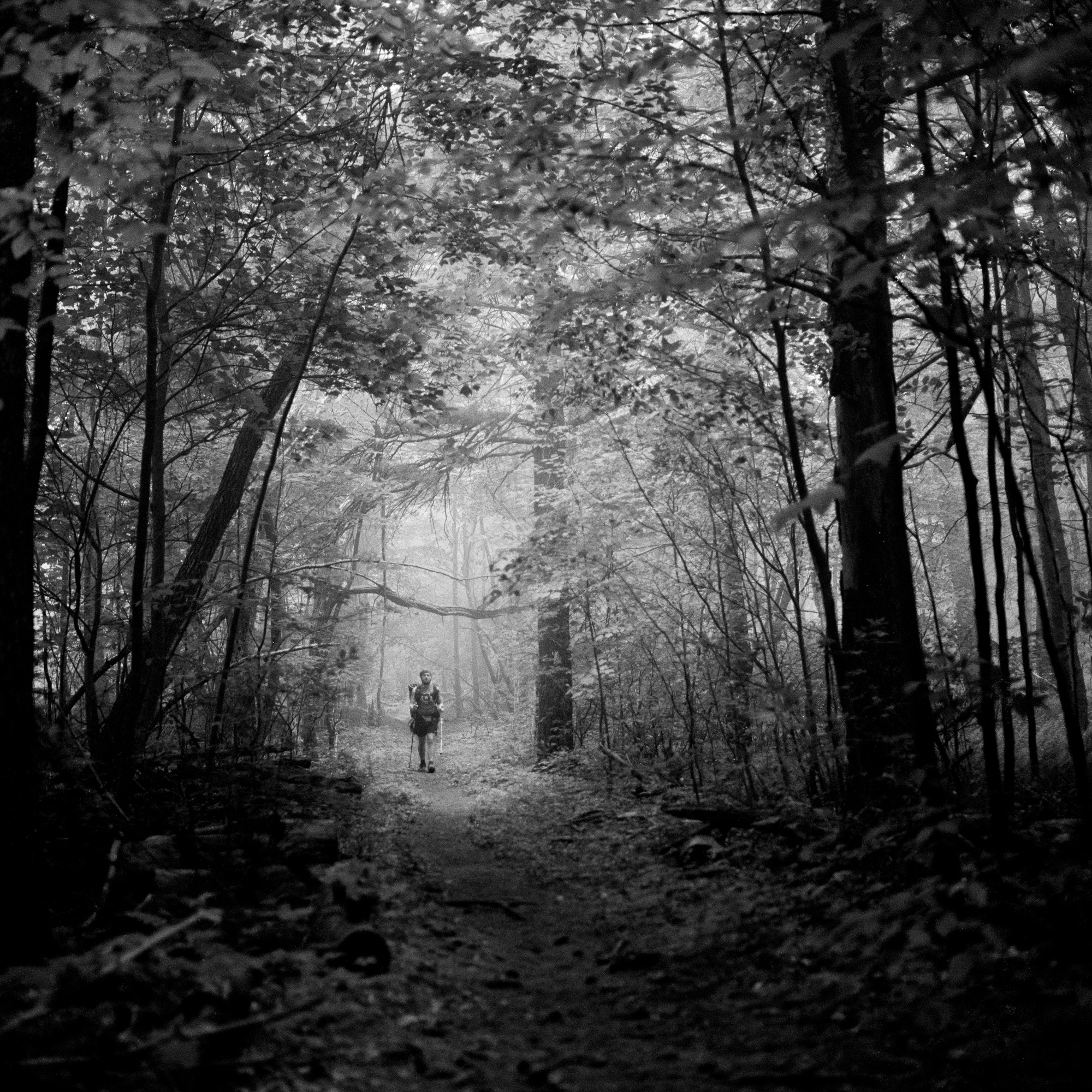 Did you run into any logistical snags while writing the book?

NR: My biggest hurdle with this book was writing the text. Not only are the stories deeply personal, but I am also severely dyslexic. I wanted to share my life and the moments which had the greatest impact on my work. After all, those are the experiences that brought me to where I am today. However, some of those stories were painful to dust off.

NR: SToRIES doesn’t just encompass 3 years of me capturing my adventures on film but also another two years that it took me to bring this book to fruition. I’m really proud of what I have created and I hope that this book might inspire someone or bring about nostalgic memories. In buying this book, you’re not just supporting a small, self-published artist but you’re also supporting our family which is appreciated beyond belief.

Where to Get SToRIES