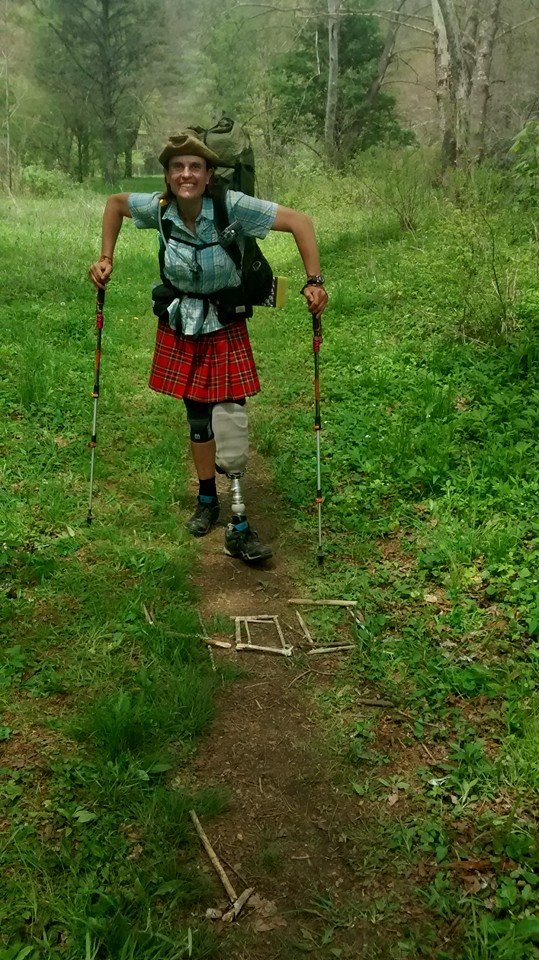 Niki Rellon, better known as Bionic Woman along the Appalachian Trail, recently etched herself into history as one of the most astounding thru-hikers on Earth. The 40 year old German native lost her leg in a canyoneering accident when she fell 45 feet, just over two years ago. She suffered countless injuries and ultimately agreed to the amputation of her left leg. But that didn’t stop her from beginning her massive trek on the Appalachian Trail, a mere 14 months later.

A difficult endeavor in itself, this adventure proved to be particularly challenging for Niki as she learned to walk again. She set out with only 40% of her leg strength, staring down the barrel of a 2189.2 mile hike.

During her expedition, Niki faced obstacles like 80mph winds on Katahdin and several infections of her stump. She lost a significant amount of weight, which facilitated the need to get fitted for a new prosthetic leg. A combination of grueling circumstances cost her time, slowing her pace more than intended. Eventually she even wore out her prosthetic foot. But no challenge would prove grisly enough to stop her. 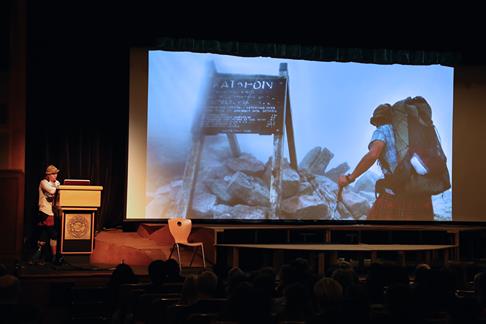 Niki gives an inspirational speech at a boarding school near the AT.

Niki worked her way up to 12-17 mile days, rebuilt her muscle mass and alleviated much of her pain. She walked her way back to life. Not only would she conquer her goal of walking to recovery, but she would also emerge as an icon. Complete strangers voiced their support, willing her to accomplish this incredible feat. She was a display of human capacity, inspirational in her glory.

On December 27th 2015, after finishing her last mile, she became the first woman with a prosthetic leg to thru-hike the Appalachian Trail.  After spending over 9 months in the wilderness and overcoming incomprehensible circumstances, Niki arrived in Glasgow, VA wearing a relieved smile. She had done it. 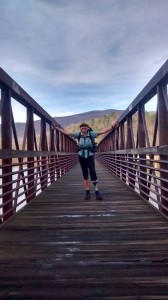 Niki in her final moment of triumph in Glasgow, VA.

No doubt, her grit and humor aided her in the completion of such an astounding achievement. Bears and rattlesnakes have nothing on this woman. Until her next adventure, Niki can be found touring the country and working on her upcoming book, “Niki Rellon: A Walk to Recovery on the Appalachian Trail”.