No, The Mountain Lion That Travis Kauffman Killed Was Not 24 lb Nor Starving

Over the last couple days, there has been a wave of media attention resurfacing the story of Travis Kauffman, the trail runner who strangled a mountain lion in the outskirts of Fort Collins, CO.  The assertions have claimed that new evidence has been presented to show that the cat was significantly smaller than originally reported.  One such example is quoted below, from thisisinsider.com: 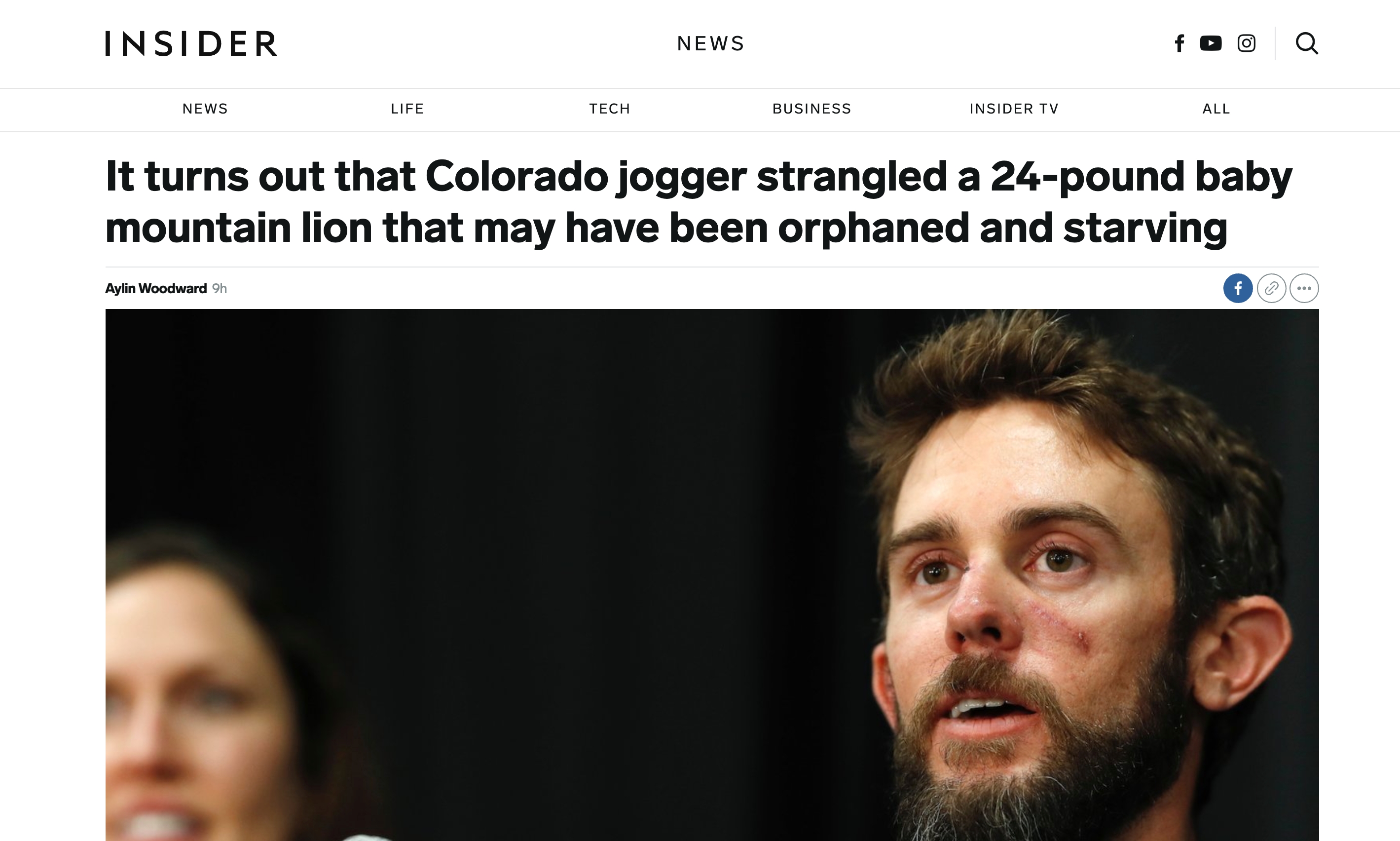 “Officials initially guessed that the mountain lion weighed about 35 to 40 pounds and was a year old. But now, a final necropsy has revealed that the cat was even younger and smaller than those early estimates.

Colorado Parks and Wildlife veterinarians identified the dead lion as a “kitten” that weighed 24 pounds and was about 3 to 4 months old, according to the Coloradoan.

That information gives credence to a possible explanation for why this encounter happened: The young mountain lion may have been orphaned or starving, or both.”

This is sloppy reporting, to put it kindly.

First and foremost, the necropsy of this mountain lion took place on Feb. 4.  Here’s the official release from the Colorado Parks and Wildlife Wildlife Health Lab, the agency that ran the examination.  There has been only one necropsy of the cougar.

The agency that ran the necropsy, makes at least two claims that contradict the above quote.  Below are the key takeaways:

“The weight at necropsy was 24 lbs, although the estimated weight of the full carcass prior to scavenging was 35-40 lbs.”  The reports you’re seeing about a 24 lb mountain lion are referring to the cat’s weight after it had been partially eaten.  According to Ty Petersburg, Area Wildlife Manager at Colorado Parks and Wildlife Department of Natural Resources, “one front quarter had been eaten and its entrails and sex organs were removed by animals.” 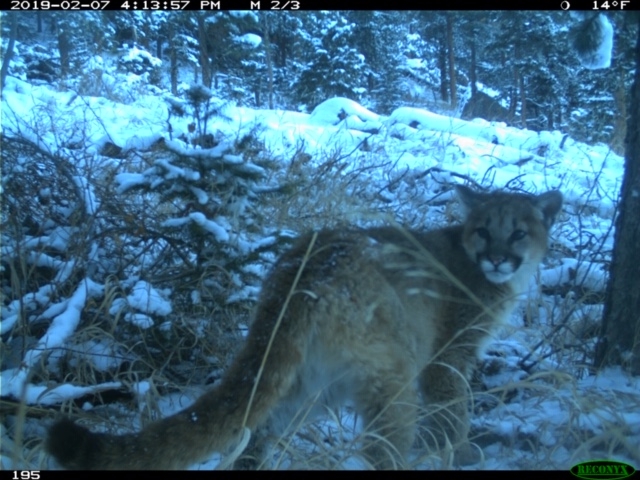 “There was no evidence of underlying disease in the tissues examined, although most of the internal organs were absent (scavenged). Limited fat reserves in the carcass suggested the mountain lion was hungry but not starving. Rabies testing was negative.”  The report clearly states that the young cougar was not starving, though Petersburg adds that “the necropsy showed a higher amount of vegetative matter in the system of cat number one than usual.”

Though the heading of the necropsy summary indicates that the mountain lion was 3-4 months old, this estimate was later adjusted to 4-5 months (what’s written in the body of the report) after the cat’s siblings had been brought into the rehabilitation center for examination, according to Petersburg.

It’s possible these discrepancies may not change anyone’s mind about the incident, but the public at least deserves to be equipped with the facts before coming to a conclusion. 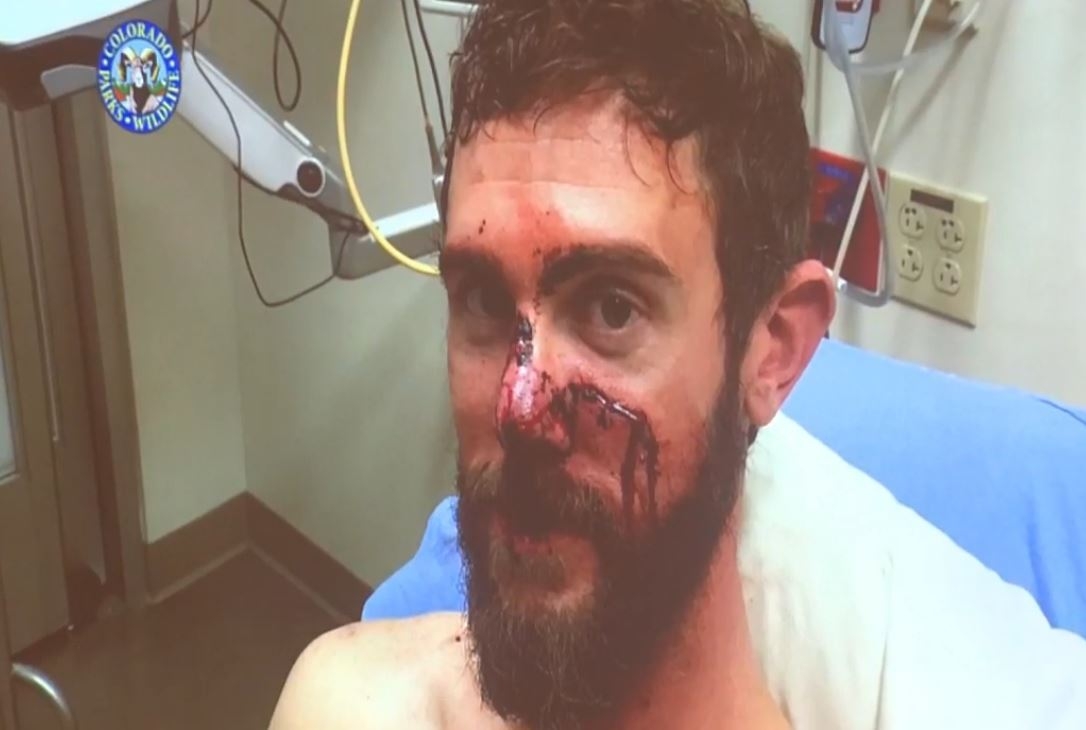 The Danger of a Mountain Lion “Kitten” Attack

Though many equate the term with a cute, cuddly house pet, this image is not consistent with the actual threat. Male mountain lions are classified as “kittens” up until one year.   When asked what percentage of people are making it out alive in Kauffman’s situation, Petersburg responded simply, “I think he is probably one of the rare ones.”

“These animals are ambush predators and are trained take quick and lethal actions whenever possible.  Though the mountain lion in this scenario was young, you’ll clearly see the damage that even a young lion can do when it attacks.  These lions are especially powerful,” said one of the representatives from the Colorado Parks and Wildlife Department of Natural Resources at Kauffman’s press conference.

“(Kauffman) did all the right things. He put his hands up, he yelled at it, and it still came after him,” says Petersburg.

Perhaps the most interesting aspect of this news resurfacing is the perception of the story evolving since Kauffman came public on Feb. 14.  At the press conference, he verbally gestures to the size of the cat, estimated its size at 50 lb (32:01), and admitted that when he first went to the hospital, he second-guessed if it was even a mountain lion, thinking it could have possibly been a bobcat (15:33).

You can watch Kauffman’s full Q&A with the press, which took place on Feb. 14, below.  Video, notes, and editorial assistance courtesy of Juliana Chauncey.

8:00 – 8:20 – Talking about the biggest fear being the mom coming back, states it’s a younger cat and not fully grown.

“One of my big fears throughout the whole thing was another cat coming along, because it was a younger cat and I could tell it wasn’t fully grown, and I was just very concerned that mom was going to come out of nowhere, and at that point that fight would be over pretty quickly.”

10:32 – 10:53 – “It’s weird to feel famous for an unearned reason. It’s very much a situation of happenstance, like a wrong place, wrong time, instead of an earned degree of fame.”

“Did you instantly know what kind of animal you were dealing with?”

“Yeah, um, I kind of second-guessing myself when I was talking to Jason, who is the first officer I spoke to, after the beginning I was like, ‘well, I’m pretty sure it was a mountain lion,’ then he was like, ‘do you think it might’ve been a bobcat’ and I was like, ‘uh, it could’ve been a bobcat, I didn’t really look at the tail too much, I was looking at teeth a lot’… but yeah, I pretty quickly recognized it was a lion.’”

25:20 – 25:39 – Describing having to kill the cat: “It really clicked when I hit it with a rock and it still wouldn’t release my wrist that at that point more drastic measures were necessary.”

26:50 – 27:22 –  Thoughts on why it attacked: “In this particular age range is their most aggressive and I think also for the fact that it wasn’t an experienced hunter it couldn’t readily identify me as ‘not prey’ so it was definitely pursuing me as why I was prey, but I think that was why.”

32:01 – 32:23 – “If I were to guess I would say in the 50lb range, I couldn’t say for sure. I know they had trouble getting an actual weight because of the potentially cannibalistic behavior after the fact.”

“Yeah, I would say the outcome would’ve… yeah… that the cat would’ve come out on top… but, also knowing what I now know, what I’ve learned recently about cats, that’s really highly atypical behavior for an adult, they tend to know what is prey and what is not prey.”

“Yeah, a little bit, but I also kind of heard that once an investigation comes to a close that the name is open for release through Colorado Open Records Act, so at least at that point I can tell my story first and foremost and kind of get in front of it a little bit.”

“I couldn’t say for sure, maybe the size of the first part of the digit” (pointing to the tip of his pointer finger to his first knuckle).