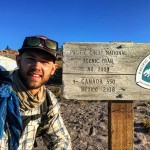 9 Things I Learned from My NOBO JMT Thru-Hike

I‘ve been off trail for nearly a week, yet the natural high of pushing my body past its perceived limits and comfort zones still lingers.

It’s a difficult feeling to describe; I’ve felt it at other periods of my life: harvesting my first bull elk with a bow and arrow, competing in my first jiu-jitsu tournament. It’s a natural buzz that’s only repeated by pushing your boundaries.

That’s exactly what the John Muir Trail did to me.

9 Things I Learned on the JMT

Here’s a list I compiled on my iPhone notepad (only tripped twice) as I gallantly walked toward Yosemite National Park on the last day of my thru-hike. Enjoy! 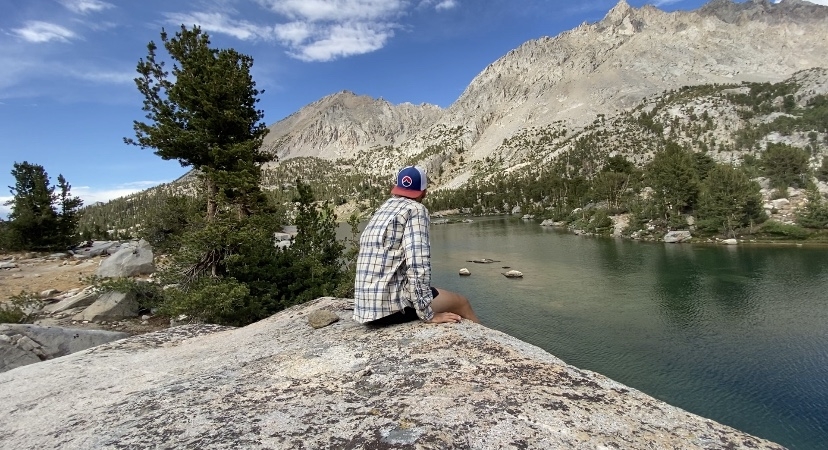 Taking a break at Rae Lakes.

Even though I “acclimated” at Horseshoe Meadows the day before my thru-hike started, I was still a few minutes shy of seeing the Grim Reaper during the first two days of the hike.

This may have to do with the fact that I did 20 miles out of Horseshoe Meadows on the first day, then summited the highest peak in the Lower 48 on the second (idiot).

What I Learned: Take altitude seriously. My guess is that you’re at or above 10,000 feet for at least 75% of the trail. Next time I’m at elevation, I’ll be bringing more electrolyte mixes and other supplements to aid in hydration.

I’ve always been on team “gaiters look silly.” However, I immediately regretted not having bought some at the outset of my thru-hike.

I was fortunate enough to only receive two blisters on trail. The reasons for this had partly to do with how much sand and grit was in my shoe. 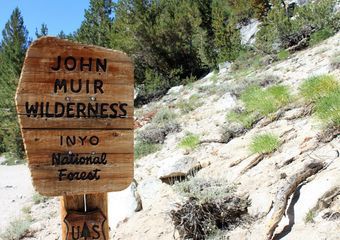 JMT COVID-19 Updates: * Updated May 30, 2020 *  While hiking this past weekend, I met a man who gave up his PCT thru-hiking permit last month, further driving the point that many hikers' dreams have been shattered by the pandemic. My heart goes out all those in…Read More

I should also note how often I had to dump sand out of my shoes. At nearly every break I found myself reluctantly bending down, taking off, and then dumping my shoes out. This is the antithesis of efficiency.

What I Learned: Just buy those silly looking gaiters! It’s worth it in time and blisters. I ultimately ordered a pair from Altra after regaining cell service at the end of the trail.

Apparently I was the only one in the Sierra Nevada who didn’t know Burt’s Bees lip balm doesn’t contain SPF sunscreen; I only know this from the alarming number of dumbfounded looks I received when I said my lips were blistering but I was using Burt’s.

After summiting Mount Whitney, my lips were so sunburned that they became stuck together every night, only to be licked apart painfully in the morning (romantic, I know). The oils on every piece of food I ate would touch my lips and cause instant pain.

I was even forced to eat a burger with a fork at my resupply destination (the horror)!

What I Learned: Bring an SPF lip balm. Thankfully, I met a gal on the trail who hooked me up with this type of lip balm and within a few days, my issues disappeared!

☑ 4. The JMT is Extremely Exposed

My primary hiking experiences hail from the “green tunnel” in Oregon. The JMT was the complete opposite. 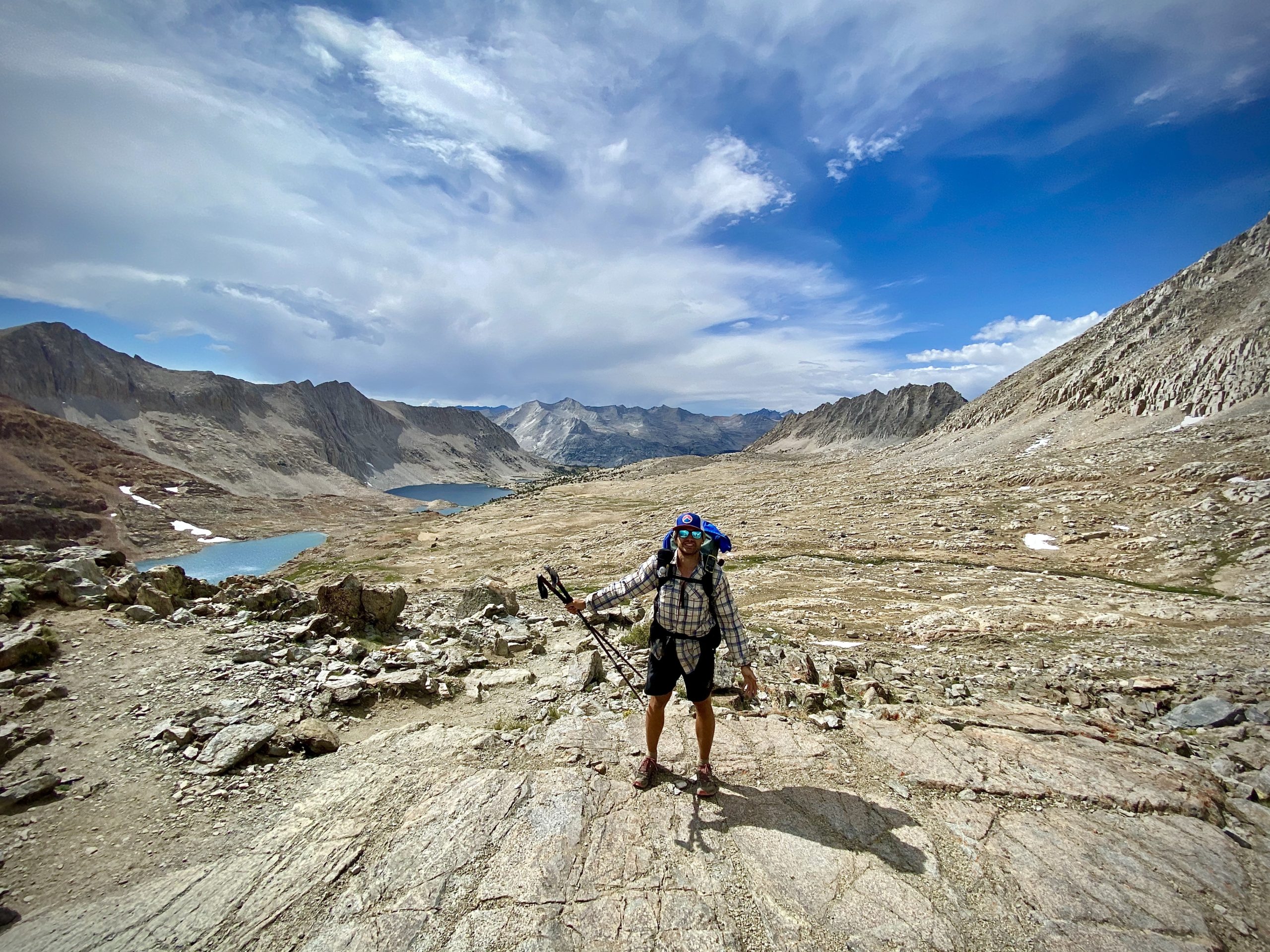 JMT or the moon?

Exposure to the sun was very regular and very intense.  I’m originally from the North Woods of Wisconsin (Go Pack) and tend to get beat down hard by the sun, so keeping it off me and staying cool was critical to the success of my thru hike.

What I Learned: I’ve always been a morning person, but this proved pivotal for me on the JMT. I enjoyed waking up early and spending the first couple hours of the day walking with a slight chill in the air and lurking in the shadows like I was a star in Twilight.

I knew the Sierra Nevada was remote, I just didn’t know how remote.

I’m talking about only having service on 2 of the 14 days I was hiking. I incessantly checked my phone at the top of each pass, only to be disappointed because Landlord (another thru-hiker) and I argued the meaning of “War of Attrition” (yeah, random) and needed Google to prove one of us dummies right.

What I Learned: The Sierra contains many “feeder” trails from places that parallel the trail. If wanting to stay up to date on current events (I didn’t) you can ask the hikers that recently joined the trail.

The two places I had service were at the very tip-top of Mount Whitney and near Reds Meadow.

☑ 6. You’re Not Going to Hike as Fast as You Think

I really thought I was a step down from a genius as I planned my JMT itinerary on the large, comfy couch in my air-conditioned house.

Things changed as soon as boots hit the ground. The trail was incessantly rocky and uneven, the complete antithesis of what I expected. (Not sure why I didn’t anticipate this, as most of the trail is above 10,000 feet.) Combine that with hiking up and down steep passes every day and you have a recipe for frustration.

Albeit, I did beat my planned itinerary by one day. However, the unnecessary frustration of trying to hit big miles to please the itinerary gods (?)  often left me in a melancholy mood—especially when I expected to be crushing the downhills.

Yeah, even the downhills were painstakingly slow.

What I Learned: Research the terrain of the trail you’re hiking on and consider how your mph will change. Is it graded? Dirt? Rock? What’s the elevation profile? Be extra conservative when planning your itinerary.

👉 Side Note: I’m aware most experienced thru-hikers will tell you that having an itinerary is too much planning; however, I still believe it to be beneficial for those who have limited time off work. Personally, I use an itinerary as a “backstop” to know if I’ll complete the trail in my allotted time off.

I was certain the storm I saw on the first day of my thru-hike was a farce.

Same with the second day. 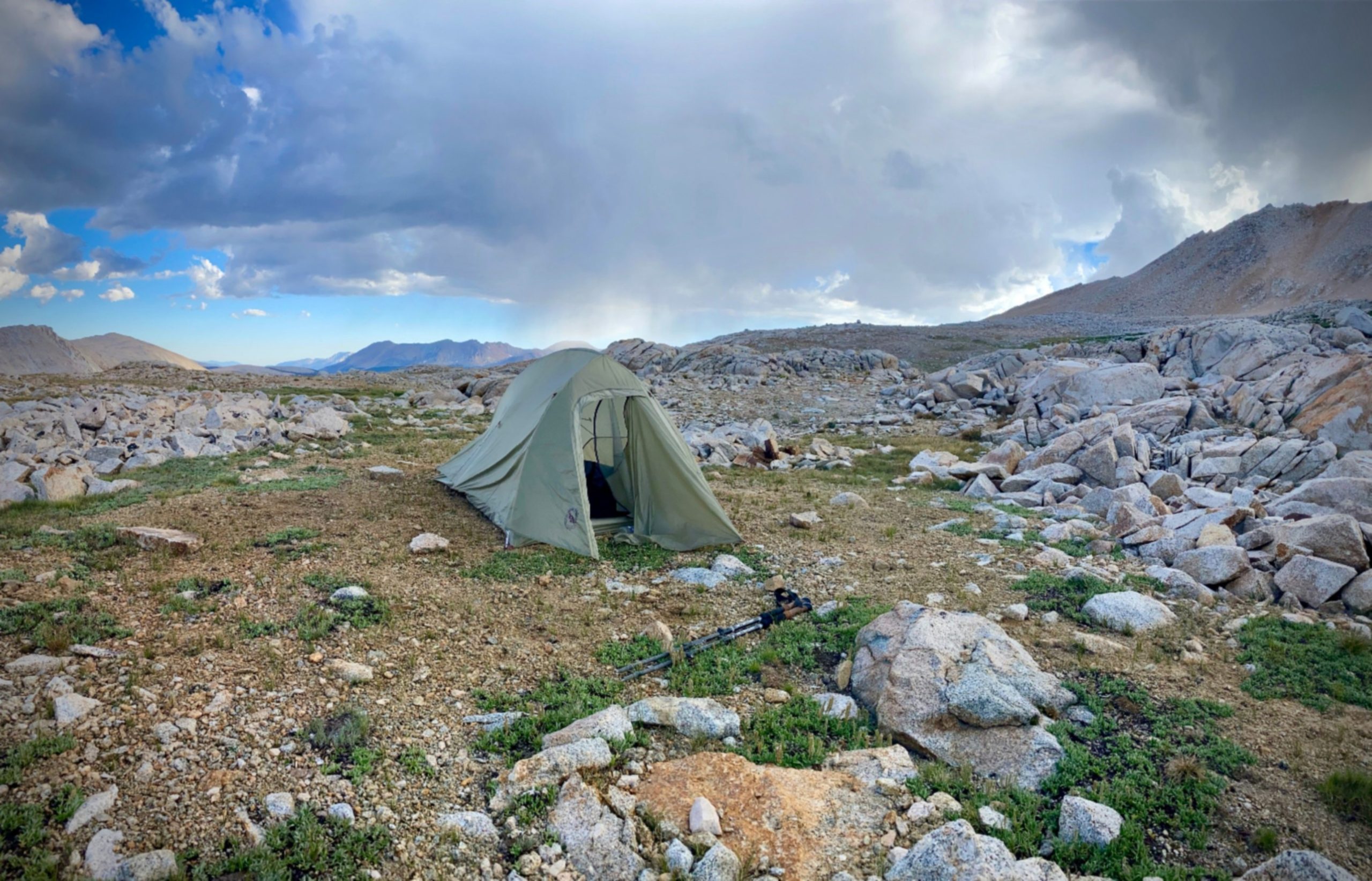 Remnants of a storm that battered my tent near Forester Pass.

It stormed or rained on 12/14 days I was on the JMT. Admittedly, on some days I’d only hear thunder or see rain in the adjacent canyons; but sometimes I’d get rained on for hours or have to rush over the pass to avoid being annihilated by that puffy, gray cloud behind me.

What I Learned: My attitude shifted from fearing the storms at the beginning of the hike to nonchalantly accepting them toward the end.

☑ 8. It Doesn’t Get Exponentially Easier After Vermillion Valley Resort

Everything I heard from experienced NOBOs and SOBOs indicated that after Vermillion Valley Resort (VVR) things would be increasingly easier.

While this was true relative to the previous terrain and passes, the danger for me was expecting things to become comfortable again.

Easy is a subjective term and means different things to different people. From VVR to the Yosemite Valley decent, NOBOs experience roughly 1,200 feet more elevation gain than SOBOs, topping out at nearly 14,500 feet of total elevation gain in 76 miles.

I knew it felt like all I was doing was climbing once I left VVR!

What I Learned: Never expect things to be easy. This is such a precarious mindset to have because every unforeseen obstacle can result in frustration.

Be optimistic but expect things to remain difficult, even if entering an easy section.

I mean….really – what part of the JMT did I really expect was going to be easy??

I laid in my tent at the end of day one and two thinking, “If I can just get past this miserable feeling (altitude sickness, dehydration), I can complete the trail.”

Fortunately, that’s exactly what I did.

Though I trained physically for the JMT, the mental aspect was another story. Thankfully, I completed the lists suggested by Zach Davis in Pacific Crest Trials prior to my hike.

I can count at least ten different people I met in person or saw (on forums) that quit the JMT. In reality, you can make the JMT as easy or as hard as you want based upon your daily mileage and itinerary requirements.

However, the physical and mental preparation for the trail becomes even more critical when you have a tight itinerary to adhere to and a job that wants you to take vacation, but not one so long that they’ll assign your position to someone else.

What I Learned: Be realistic with itinerary planning based on trail conditions. When training, focus more on weighted step-ups and train on hills with a full pack rather than walking the dogs around the block (but it was fun!).

Also—DO YOU RESEARCH. I joined every JMT Facebook group that existed. This was critical for me as the groups provided up to date details on the trail regarding snowpack, river crossings, etc.

I hope this helps those who may be embarking on a future NOBO JMT thru-hike. I can honestly say that it was the most challenging, yet rewarding two weeks of my entire life and that I wouldn’t trade my experience for anything.