The following is a guest post by Alex Murphy

Imagine walking out of your downtown apartment, stepping onto a trail, and ending up miles outside the city. While trails such as the PCT and AT come close to major metro areas, there’s a new push to create long trails with easier access to the heart of urban areas.

Trails are connecting cities and small towns throughout the state of New York, and allowing Southern Californians to walk from the Los Angeles area to up north along the coast. One such trail is currently being built now in the heart of Texas. 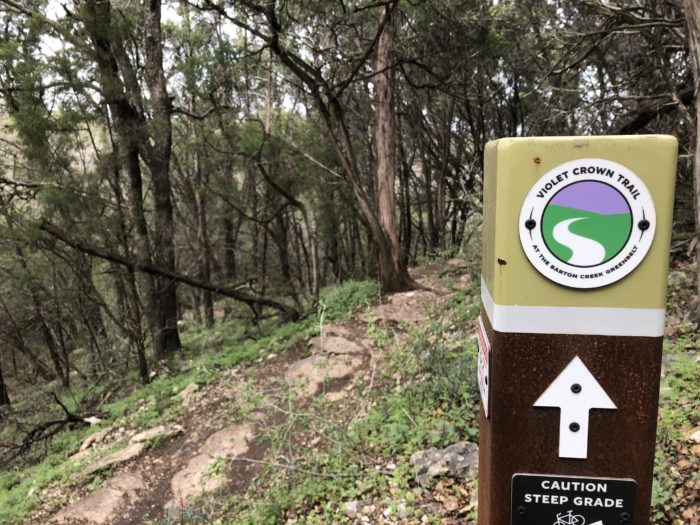 The Violet Crown Trail in Austin, TX, has been a work in progress for more than a decade, with the plan to go from the downtown area to about 30 miles south, ending in the next county.

“The original vision was that an Austinite or a visitor could jump on the trail in the middle of downtown Austin, and walk for as long as a day and see various parts of our environment,” explains Adrienne Longenecker, the COO of the Hill Country Conservancy, the driving force behind the Violet Crown Trail.

I joined Longenecker and others who work year-round to develop the trail as they explored one of the newer sections currently under construction.

“As of today, we’re really at the crux of the project. It’s very exciting,” says Longenecker. “The capital campaign to build the first portion of the trail was completed successfully, and now we’re utilizing those funds to construct more of the trail.”

So far, crews with the Hill Country Conservancy have used a combination of preexisting trails and city-owned land to carve out a path from Austin’s popular Zilker Park and into the city of Sunset Valley. From there it will continue south through tourist spots like the Lady Bird Johnson Wildflower Center, and into Hays County. 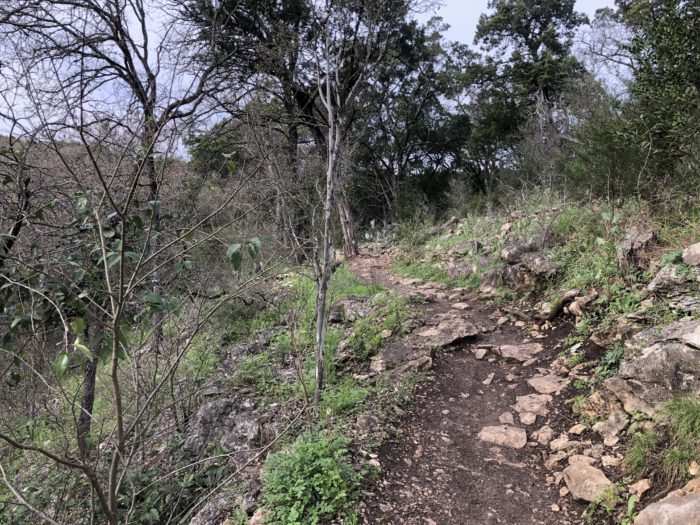 While crossing creeks, following switchbacks, and dodging plenty of Central Texas limestone rocks, Longenecker explains what attracts people to the trail. “One thing I love about the Violet Crown Trail is you can go from a rather urban area where there are a lot of people, even a lot of vehicles going by and a lot of background noise, and within just a few hundred steps you’ve been transported to an entire different experience.”

The project has been made possible through donations, volunteers, and bond money approved by Austin voters.

“With any complex project involving multiple public partners you can imagine that timelines are always shifting and along with that there is a need to always be creative,” Longenecker says of why the Violet Crown is so ambitious.

As new parts of the trail open, its popularity has grown as well, with some trailheads seeing more than a thousand people a week, and attracting everything from families to mountain bikers. Work on the trail will continue for the next few years.

Additional information can be found here.

Similar to the Violet Crown Trail, urban-accessed trails have been popping up around the country. Some are simply loops within cities, while others lead to hundreds of miles throughout some of the most rural parts of the country.

This New York trail will allow people to walk from Manhattan north to the Canadian border, while also connecting Buffalo to Albany. Additional plans will also extend the trail from New York City out to the east end of Long Island. Planners hope to complete the project by 2020 and say it will be the longest state multiuse trail in the country.

The Atlanta Beltline is a 22-mile loop that connects the city. While a lot of the trail is paved, there are occasional trailheads leading to more rugged terrain.

The Seattle area is stepping up efforts to get more people access to trails with a shuttle service. It’s called Trailhead Direct and it will connect light rail and other transportation with trailheads in the Issaquah Alps, and Mount Si and Mount Teneriffe.

This trail technically starts outside the city of Los Angeles, with a trailhead just north of Santa Monica at Will Rogers State Historic Park and continues to Point Mugu State Park. The trail runs for a total of 67 miles and is also open in parts for mountain biking, but camping is limited.

Know about more trails in your area? Let us know in the comments. 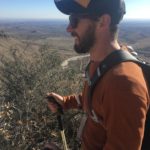 Alex Murphy is a lifelong outdoor enthusiast focused on hiking, climbing, and sleeping on the ground. He has hiked parts of the AT and explored trails in New York, South Carolina, North Carolina, New Jersey, Pennsylvania, Texas, New Mexico, California, Oregon, Washington, and Colorado.