We’re sure that fearmongering is something that takes place every year and on every trail. This year, however, it seems to have gotten a little out of hand. The massive snow year and high water crossings in the Sierra seem to be two of the main drives of this, but it goes even further than that. We wanted to talk about it a little bit because it’s been the most agitating part of the hike. 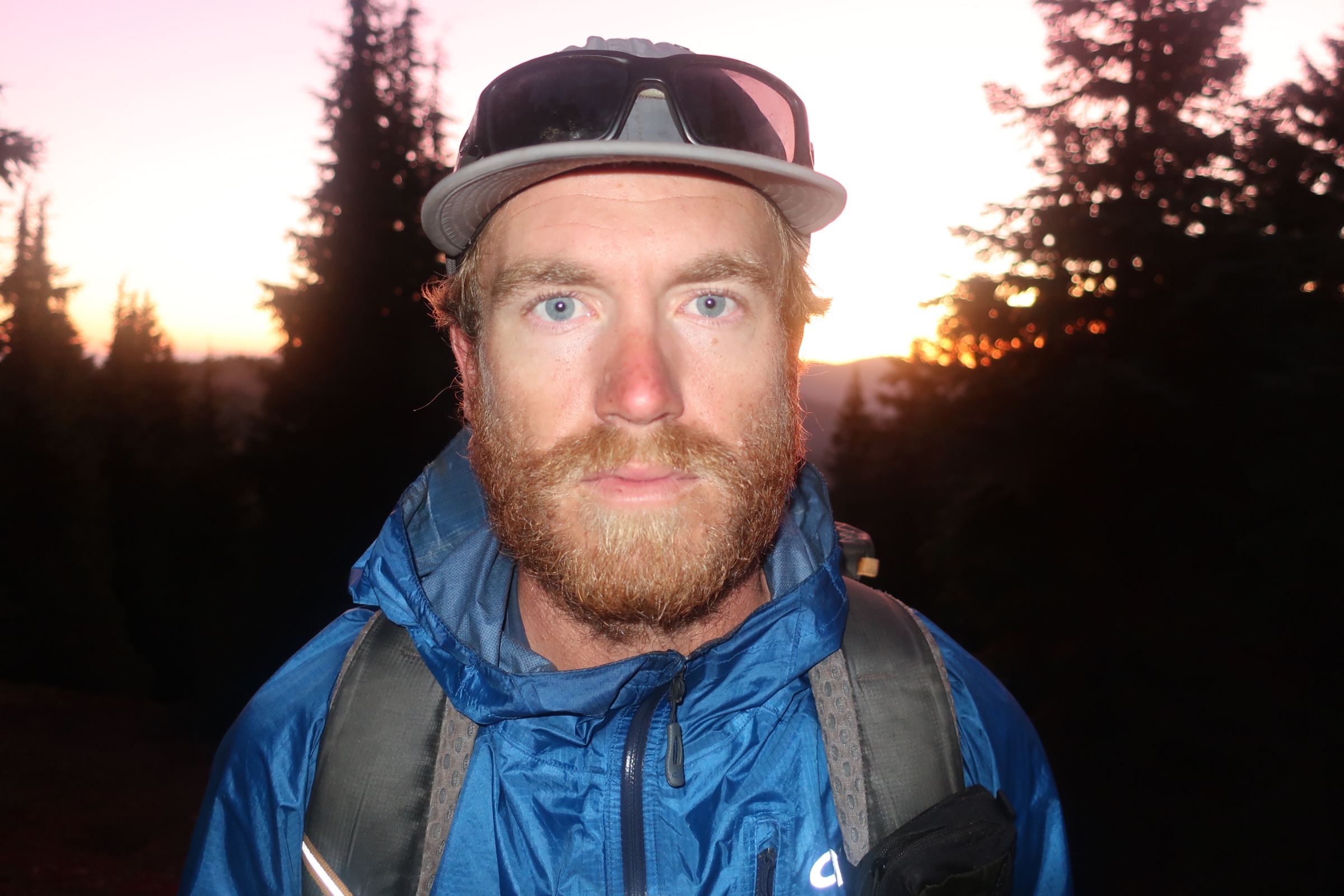 The face Cody makes at all the haterz.

We’ll Start with Some Background Info

Prime time to start a PCT thru-hike is mid-April. This usually gives you perfect timing to hit the Sierra as the snow has melted or is in the process. Starting later you may have super hot and dry desert conditions or end up in the Cascades in Washington too late and hit snow up there. The PCT is very unlike the AT due to the very small window of time you can feasibly hike the trail. There are then other factors that could throw all of this off; a high snow year, for example. In other recent years, low snow and low rain amounts sent fires raging through numerous parts of the trail. Mother Nature can really throw kinks into the plans for a thru-hike. 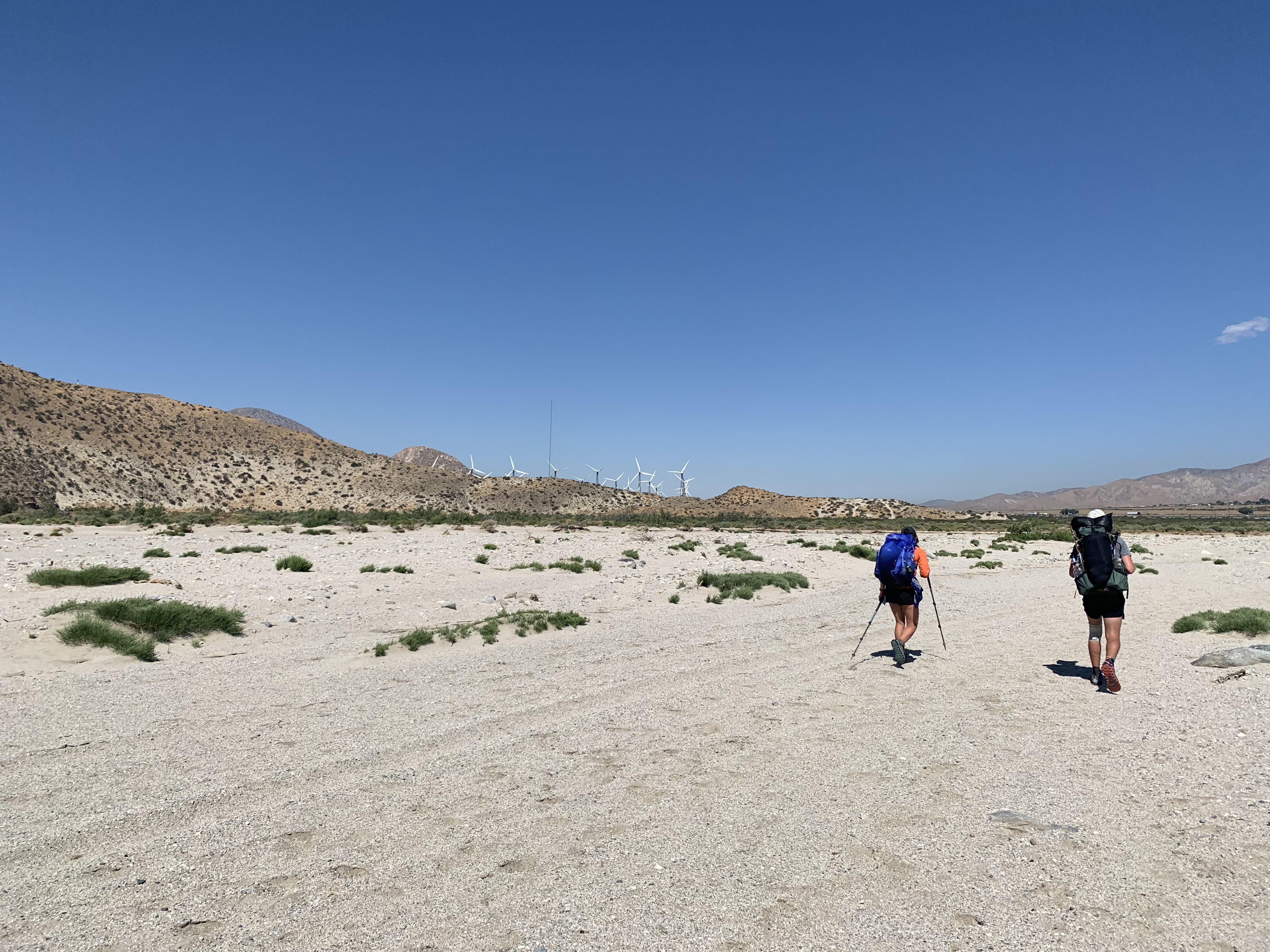 Each year aspiring thru-hikers apply for a start date permit. These permits will be checked by rangers anywhere on the trail and if you don’t have one you could be in trouble. Fifty permits are given per day starting in February and ending in July. Now obviously, every single person who wants to hike the trail cannot possibly start at prime time, mid-April. Cody and Kelsey, or Smiles and Miles (if you prefer), got May 23 because Kelsey forgot what day the permit process opened up. This felt like a terrible mistake before we started, but then we found it to be a wonderful accident. 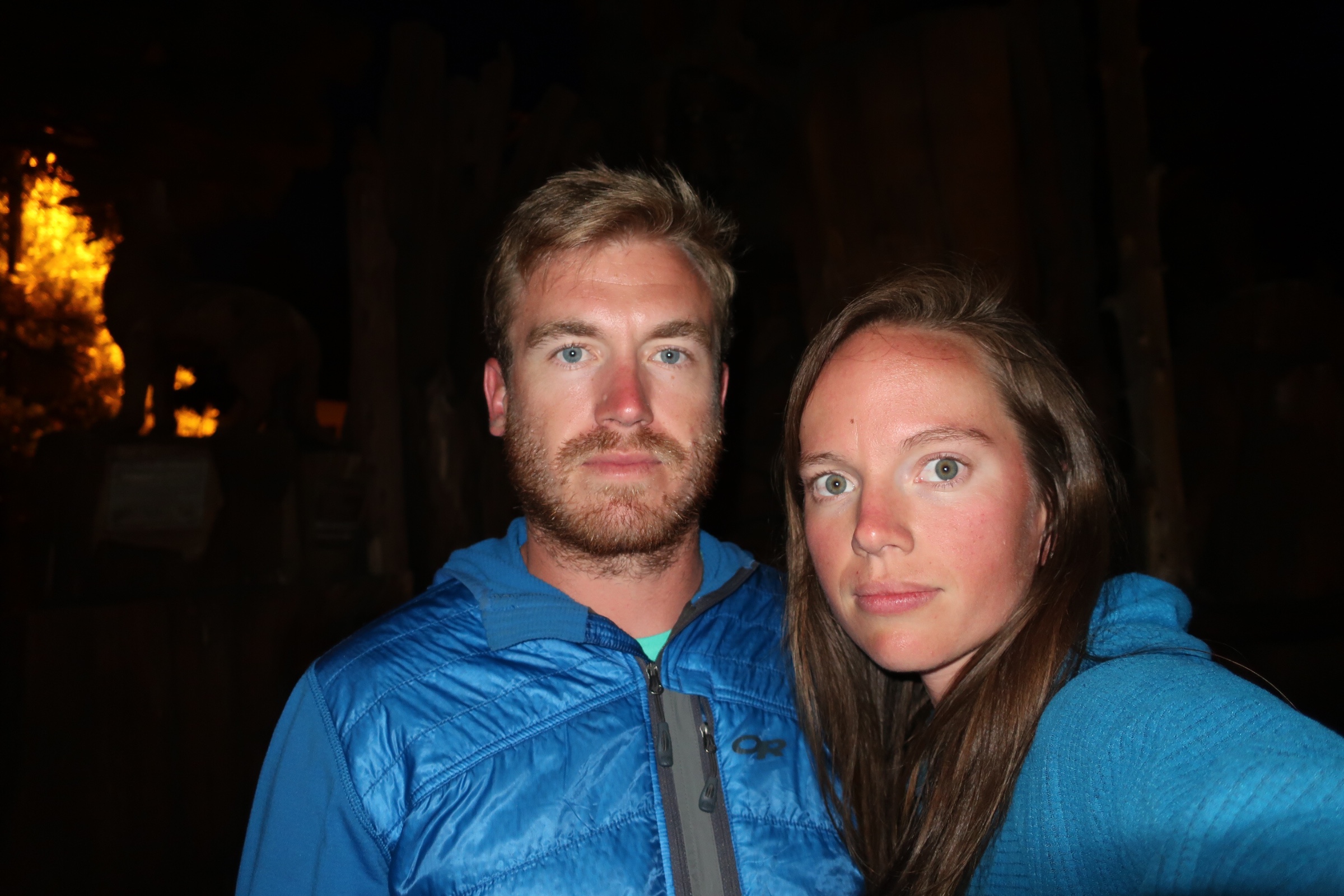 We hit the desert a few days after rain blanketed the land for several days. We had water in places there most definitely shouldn’t have been and water carries were almost never a problem throughout the driest sections. We then hit the Sierra in early July when a lot of the snow had melted and enough people had gone, through leaving beautifully boot-packed trail. Water crossings were never as bad as we heard they would be and we saw our last patch of snow somewhere in NorCal. It worked out perfectly for us. 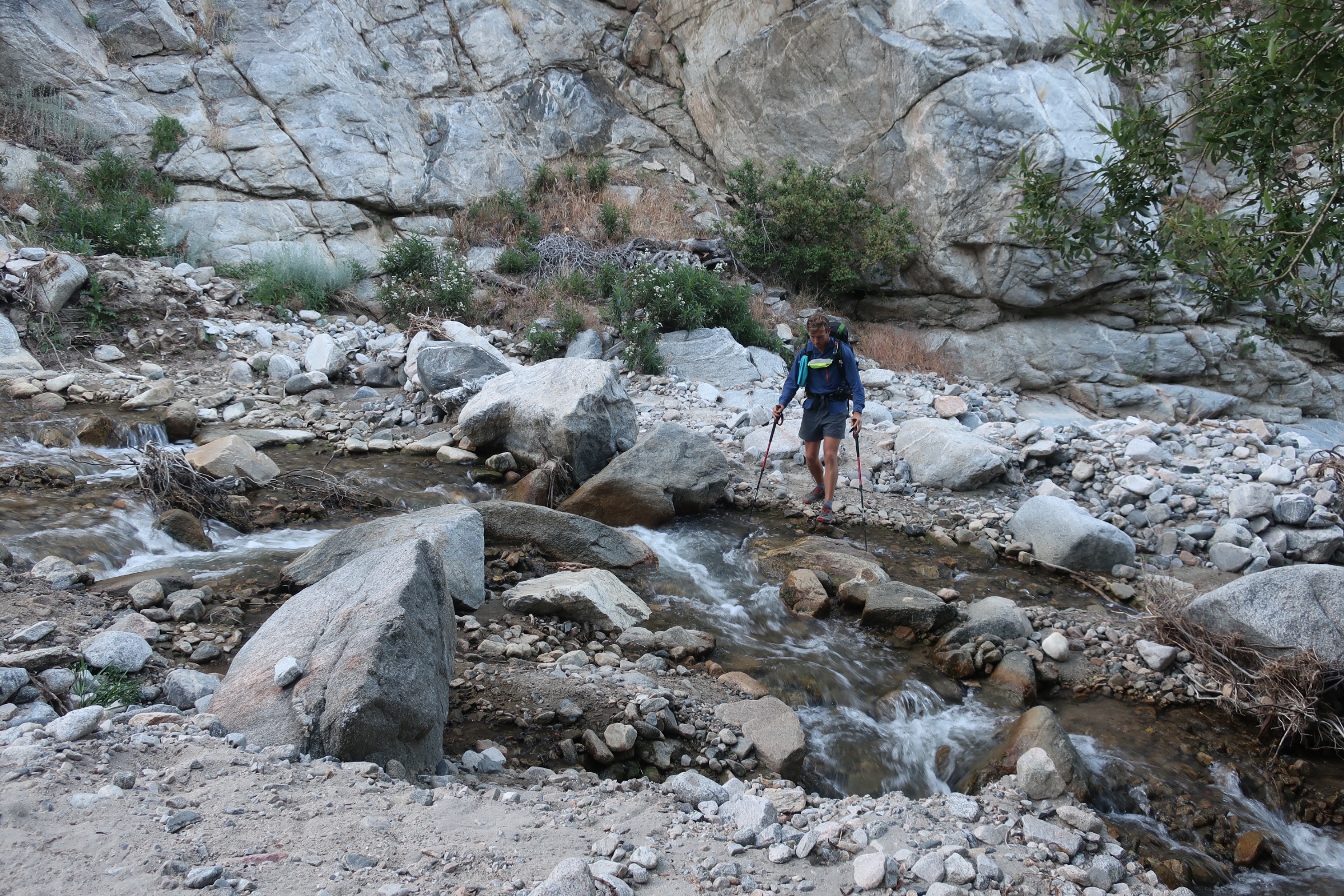 From the very day we started we had people talking about how late we were (as though we didn’t know). People were always telling us how hot we were going to be in the desert, even though we had a lot of unseasonably cool weather. The farther we got through the desert, the more we heard about the terrifying conditions of the High Sierra range. People falling through a crevasse, tents being fully enclosed by snow for days at a time, people going in and having to come back out from freak snowstorms in May. All of these stories were true; it was indeed a crazy year through the Sierra, but we were hearing about it while we were still traipsing through the desert. 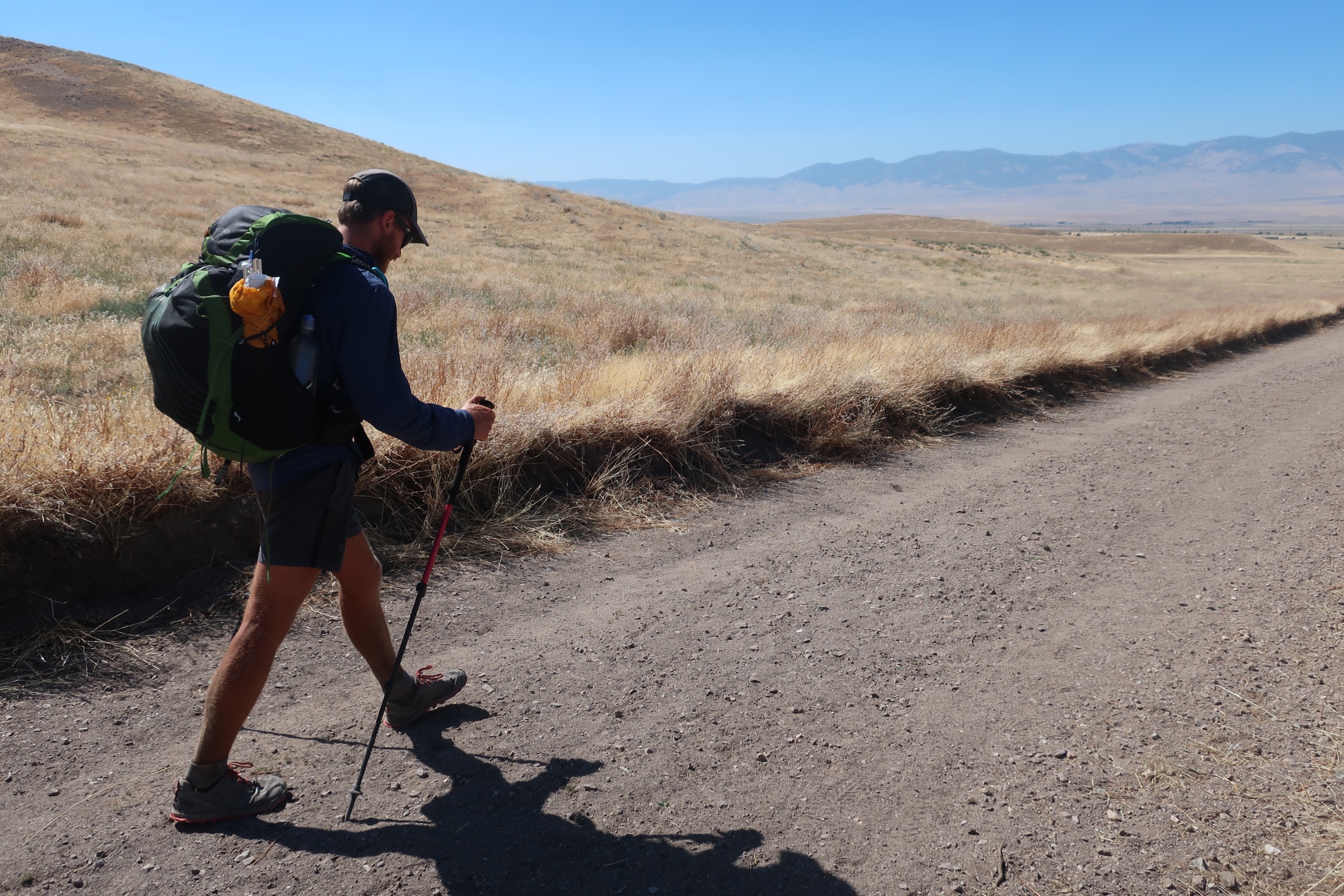 As soon as we hit the Sierra we started getting the question, “Oh, are you actually planning to finish this year?” And things like, “You’re not going to beat the snow in Washington.” “Aren’t you a little late?” “You’re gonna have to flip.” And, “Oh, to finish by October 1 you have to average 26.3 miles.” And so on. 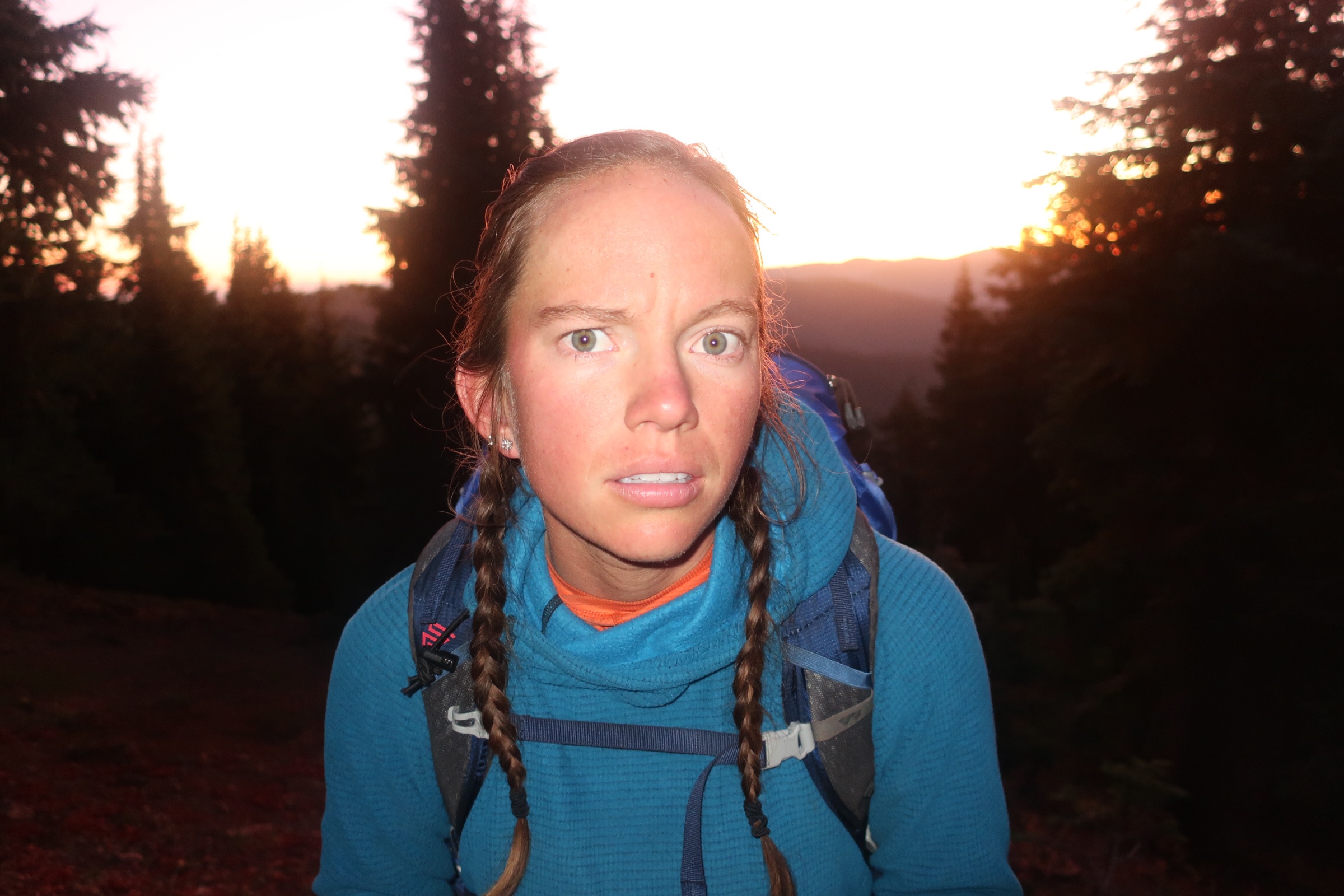 The face Kelsey makes at all the haterz.

The number of people we’ve known getting off of the trail this year is extremely high, and it’s no wonder as the fearmongering is insane. And this year has been full of challenges. The first people who went through the Sierra heard worse things than we did: “Oh, you’ll never make it through the snow.” “It’s a death trap.”  “You’ll get lost or slide off a mountain.” And guess what, tons of them made it. Those who didn’t decided it was a little past their skill level and jumped up farther north and came back when it was safer. That was their decision to make; it’s all of our decisions that WE should make ourselves without having people scare the crap out of us.
Information can be helpful and appreciated, but all in all, HIKE YOUR OWN HIKE.