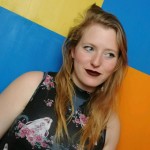 The 30 Miles South to Hart’s Pass

I was the first to reach the Northern Terminus of the Pacific Crest Trail on Sept. 28. After a quick three miles downhill, I approached the monument alone in the morning. There was no stopping the tears that I started to shed. Finishing a thru-hike is one of the best feelings in the entire world and I’ve never had that feeling matched by any other accomplishment. It’s exhilarating, yet unnerving at the same time; exciting because it’s such a triumph, unnerving because it’s over. There’s the knowing that you will go back to society and act and look like a civilian instead of the hiker trash animal you have become.

There’s the knowing that it will take some time to process and get through the transition into what some call normal life or reality, but reality for many of us hikers has transitioned into living in the woods with like-minded strangers that become lifelong friends.

I was lucky enough to finish with a squad I knew well and was ecstatic to celebrate with them. There were tears, hugs, smiles, drinks, and many photos when reaching the Northern Terminus of the Pacific Crest Trail. Since there is no parking lot or road at the monument, there is a choice for hikers to get to society. Most choose to hike an additional eight miles into Canada to Manning Park, however, a few choose to hike 30 miles south on the Pacific Crest Trail back to Hart’s Pass where one can get a ride into Seattle. AJ and I chose to put in the extra 30.

After ditching our trash with our friends who were going to be completely off trail soon, we started doing what I never thought I’d do: hike south. The stretch from Hart’s Pass to the border was one of my favorite sections on trail and I enjoyed hiking it a second time. There were beautiful views of mountains as far as the eye could see, and fall was in full swing in Washington. Shades of different oranges and reds with pops of yellow loomed all over the trail in an almost unrealistic way. Somehow, it even smelled like fall, with a strong apple-cinnamon aroma hanging in the air.

But, the best part of heading south was the amount of hikers we came across who were hiking north to finish their hike. I knew I’d recognize a few, but I saw some unexpected, unanticipated faces.

I saw three hikers who started the same day as me on May 7, one whom I hadn’t seen since early on in the desert and honestly thought that he was off trail. There was a hiker who I thought was weeks ahead of me, but took time off and ended up finishing the same day as me. There were hikers I had never seen before, hikers that I saw a few days prior, hikers I recognized, but didn’t know me at all. There were hikers that thought I must be a section hiker, because who in their right mind hikes south to Hart’s Pass instead of going into Canada. I greeted all with a congratulations and a smile and kept on hiking south revisiting views, fell trees, and steadily flowing springs. Since I coordinated  a ride with a friend, Pat, to pick us up at Hart’s Pass at noon the next day, AJ and I decided to do 26 miles from the Canadian border on the 28th, leaving only five or so miles to get to Hart’s Pass on the 29th. As the day progressed, we would check our miles to estimate what time we’d make it to the campsite we had chosen. I guessed right—8 p.m.— meaning we hiked in the dark for over an hour. AJ had a small, lightweight light that he hiked with in his hand. I had a heavy flashlight given to me by a firefighter who gave me a ride a week earlier after I told him that my headlamp had busted. I almost wanted to refuse the kind gift because the flashlight was heavy and not ideal for backpacking, but accepted as to not offend him and because I honestly needed a light. After my headlamp initially had broken due to a corroded battery, I was on trail in the dark and just so happened to have a bottle opener with a small light on it that sufficed. Although heavier, the flashlight was a better option. Regardless, AJ and I made it to camp and set up in the dark.

The next morning felt relaxed and glorious knowing that I only had five miles until I was out, yet at the same time my body had accepted that the hike was over and I felt stiff and tired for a mile or so. Then the rain came, at first as a light, beautiful mist and then as a snow flurry.

I laughed with the knowledge that I would not be camping in the cold that night and enjoyed the white crystals coating the fall colors I had come to adore.

Visibility was low, but the trail was still obvious and I continued to hike and pass more hikers headed north. I reached Hart’s Pass with plenty of time to spare, and as my body stopped hiking I started to get chilly. Luckily, there was an outhouse awning to escape the snow/freezing rain. I changed into my thermals in the loo and shared the awning space with two other hikers that I didn’t know. Over the past few weeks, I routinely left camp before AJ, sometimes seeing him a few miles into the day, sometimes not seeing him until camp later at night. This time, he showed up about a half hour after I did and we waited together for our ride.

There was a little miscommunication and AJ and I didn’t see Pat until 2 p.m., two hours after we planned to meet. In the meantime, a section hiker named KK set up a gas fire pit and gave us beer, Peanut M&Ms, and whiskey. After a reunion and somewhat scary drive down out of Hart’s Pass, we made our way closer and closer to Seattle. This is when Pat asked us if it was OK for us to stop at a friend’s baby shower. AJ and I didn’t mind, but we reminded her that we hadn’t showered or done laundry in a week and that we didn’t know the family having the child. She replied that that was no big deal, and as soon as AJ and I confirmed that there would be food, we were in. That is how my 30-mile south stretch ended: at a stranger’s baby shower, apologizing for my overall smell/appearance, eating blue-frosted cookies, and holding a PBR. It was awesome.

I’m Lizzie, a 26 year old from Kansas City, Missouri and I love to be outside! When I’m not attempting a thru-hike, I like to stay active with a local Irish Dance group called ‘Ceili at the Crossroads.’ I started Irish dance when I was 5 and it continues to bring me joy. Other than dance, I play recreational Ultimate Frisbee with the Kansas City Utimate League. I also love to read, geocache, do yoga, spoil my 12 year old mini poodle, and attempt new recipes! I successfully completed a thru hike of the Appalachian Trail last year as ‘Sunshine’ with my ex-boyfriend. Now that I’m single, I’m trying for a new hike and a new trail name. Hike on!