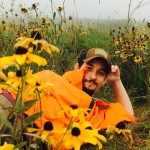 A Hopefully Uncommon Day on the PCT

A few days ago, I decided that I’d had enough. My sleeping pad had been consistently deflating overnight for a week, and while I had patched the one hole I could find, it seemed there were more every single night. By Wednesday night at Mike’s Place, I found myself flat on the cold ground only a half hour after blowing up the pad.

I could hardly lay there, fuming in my bag, wanting to scream and cry and thrash about. My back and hips ached as my mind whiplashed from rage to despair to self-pity and back again. Only after a double dose of Tylenol PM and a couple more hours of tossing and turning did I eventually fall asleep.

And so a day begins

The chirp of my alarm at 4:55am came at what felt like only minutes after I’d finally crashed. Despite my 15* degree bag, I woke up freezing from the lack of insulation between the ground and my bag. I was exhausted, my head full of bees stuck in molasses, and I wanted nothing to do with this stupid trail or my stupid life decisions.

Unfortunately, I had flown cross-country with my wife to do this, and I was lying on the desert floor in the middle of nowhere; I had no choice but to get up and push forward. Besides, I kept thinking to myself, never quit on a bad day. And so I got up with my group of 7 other hikers, albeit much slower than the rest, broke camp and made for the water tanks at the top of the hill.

Normally vying for the head of the pack, today I could barely keep pace, my mind caught in a feedback loop of self-pity and rage. As the sun broke the horizon and began to peek over the range, I forced myself to push my consciousness outwards and enjoy the journey as best I could.

An hour later, my group decided to stop at a large campsite and have breakfast and coffee. We had all met and bonded over a shared understanding of the importance of taking the first few weeks slow so as not to burn out quickly, wisdom that my wife had smartly impressed upon me. Today however, Red Bull and I agreed that stopping now would kill our rhythm and make starting again that much harder, so we pushed on after cramming a bar or two down our gullets.

Choices must be made

At first, we agreed that we would stop for a long break at the water source at Tule Spring and wait for the rest to catch up. After an hour of being stuck in my thoughts, I realized another night on that god awful pad might shatter my spirit. I checked my watch and Guthook, did the mental math, and figured that if I really cranked out the miles with minimal breaks only for water, I could power through the 25 miles to Paradise Valley Cafe and hitch into Idyllwild with just enough time to get to the outfitter.

Thus began my battle against my pad and my own exhaustion. I passed Red Bull and told him my plan. He tried to dissuade me, but admitted that at that point, no one could change my mind but me. He knew from experience, having gotten his name from a massive push to Julian the week before. I said my goodbyes and put the afterburners on, making the most of the unending downhill to Nance Canyon.

My group caught up with me as I left Tule Spring, all of them asking if I was sure about my plan. I wasn’t to be swayed from my course. My wife gave me a hug and a kiss and told me she hoped to see me alive in Idyllwild. I said I’d be damned if I didn’t try.

Off to the races

I took off, unwilling to waste precious time. The climb out of Nance Canyon loomed ahead and I wanted to get it over with before the sun sat on my shoulders.

The next six hours proved to feel like the longest day of my life. I knew I needed to make it to Highway 74 by 4 at the latest if I hoped to make it into town in time. With the clock ticking, I kept pushing despite my body’s cries for rest, only pausing for a minute or two every mile or so. Whenever I felt like crying “Uncle!” and collapsing, I had only to think of my pad and I was refueled with rage.

As I crested the last ridge, Highway 74 came into view, the sound of cars rushing by like the sweetest symphony to my burnt ears. At the trail junction, I met Jeanine and Tailgater, who had their thumbs out looking for a ride. When I told them where I’d come from and my mission, they told me to sit down and let them handle the hitch. I more threw myself down in the dirt rather than sat.

As luck would have it, it was only a couple of minutes before an absolute angel, Summer, stopped in her minivan and brought us forth to town. After dropping my pack like a sack of stones in the campground, I hobbled up the hill to Nomad Ventures and claimed my new sleeping pad. Victory was mine to be had, and I had not allowed myself to be denied.

Reap what you sow

And yet, with every song, there follows silence. It’s been a few days, and while at first I thought I came out tired but unscathed from my self-induced ordeal, I’ve come to find my left foot worse for the wear. And so, as my group heads back to PVC and onwards, I once again find myself lying in my tent, wondering if, in my pursuit of sound sleep, I’ve written the swan song of my time on trail.

Hopefully, this is only a short lull in the ballad to come.

I'm David and this is me attempting a NOBO PCT jaunt. I'm out here because I don't want to work and you can't make me go back. I like hiking because no one gets mad at you for being smelly, day drinking and peeing off the side of tall places. Quite possibly, I'm just a raccoon in a decent skin suit.