Allow Me to (re)Introduce Myself

Hey, y’all! Dobby here…remember me? I do realize it’s been a minute. Okay – if I’m being completely honest, it’s been more like 2 months.

Long story short, life happened. Specifically, life on trail happened, and as I’ve discussed many a time with friends, time on trail somehow moves differently. That could be a fun topic for a future blog post…

Since I last posted, I became part of a trail family (“tramily”) with two other wonderful folks – Bandit and Wall-E. After spending several hundred miles on my own in NorCal, this was a welcome change. I hiked nearly all of Oregon with these peeps and as one would expect, we ended up sharing a number of unforgettable moments together. 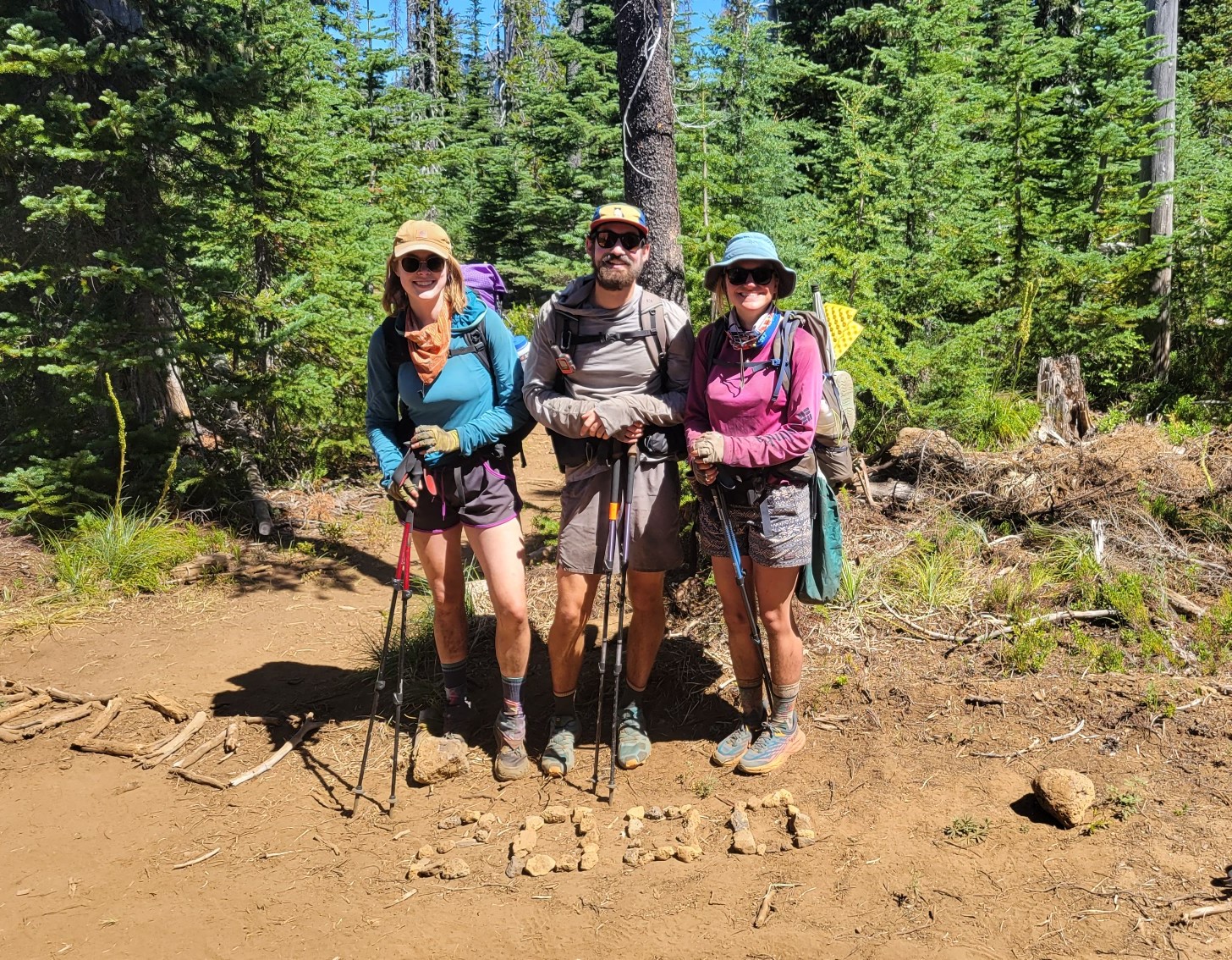 We endured hordes of hungry mosquitoes and shared in family dinners (except for the handful of times we were forced into our tents during the worst of the mosquitoes). We became experts at hitching and supported one another when we faced our first fire closure. During a particular section of rough trail through lava rock, we commiserated with one another by cursing and laughing simultaneously at our aching feet. We shared some epic campsites and the most delicious breakfast buffet at Timberline Lodge. These people were a large part of my Oregon experience and I’m most grateful for that. 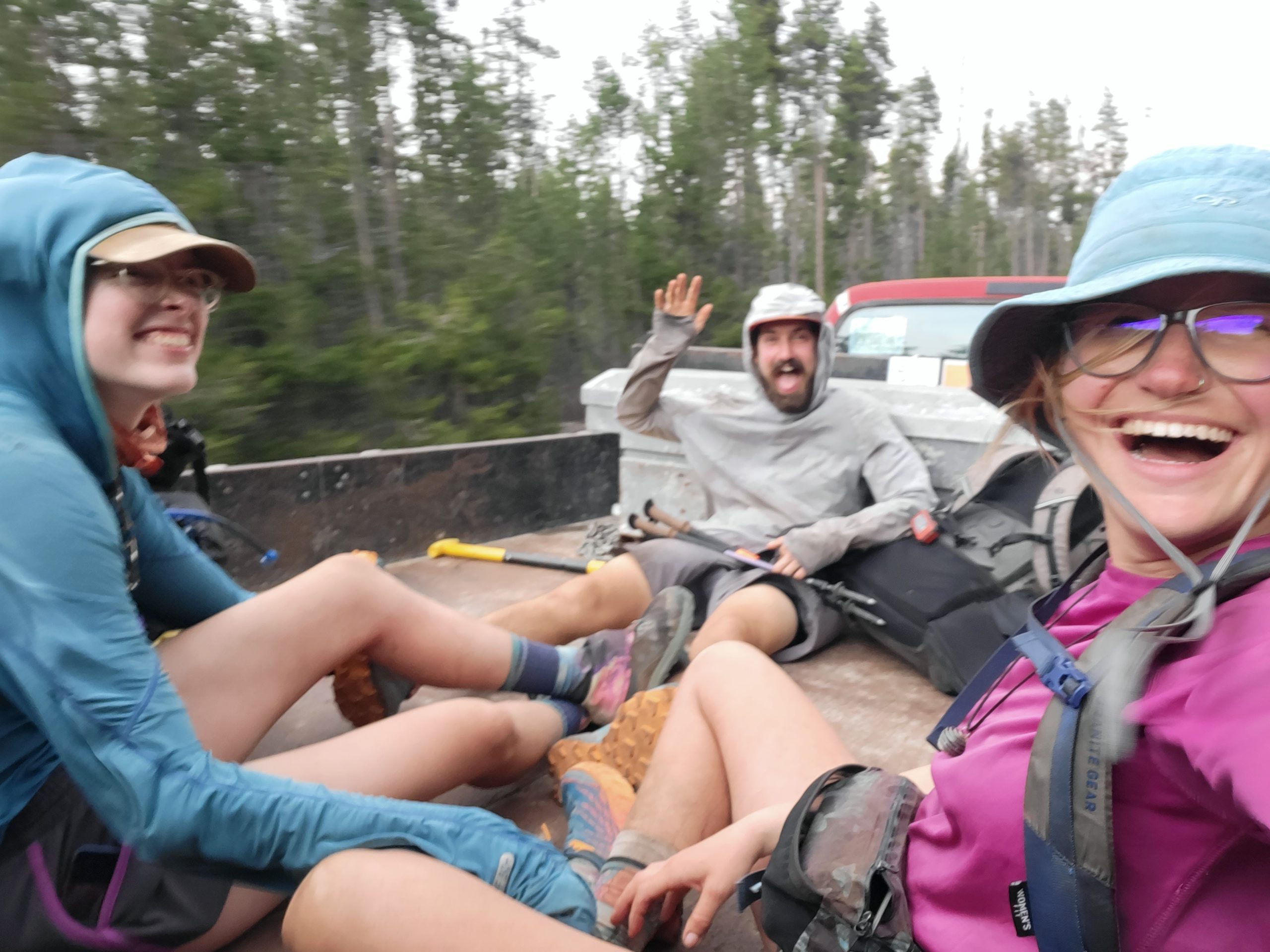 After reaching Cascade Locks, I went on to hike the next several hundred miles through Washington with Wall-E. Our friendship only grew during this time and we hiked mostly together up until Rainy Pass, where he left to go back to Oregon to hike a couple of sections that had been previously closed due to fire. Around this same time, I also started hiking with someone new. I had crossed paths with Caesar on multiple occasions throughout the trail, but I hadn’t had the opportunity to get to know him on a deeper level. Both of our tramilies had different plans out of Snoqualmie Pass, so when we each found ourselves temporarily on our own, we decided to hike together. As it turns out, we got along quite well and spent the next two weeks hiking together until we reached the Canadian border at the northernmost point of Ross Lake.

Did you say Ross Lake? That’s not the northern terminus…?

Yup! It may not be the terminus in a traditional sense, but it was our northern terminus. After fires closed the terminus (and beloved monument), we were forced to rethink and strategize a different route in which we could still get to Canada. The last 20 miles of the journey is an entire story in itself, and I plan on telling you all about it soon! 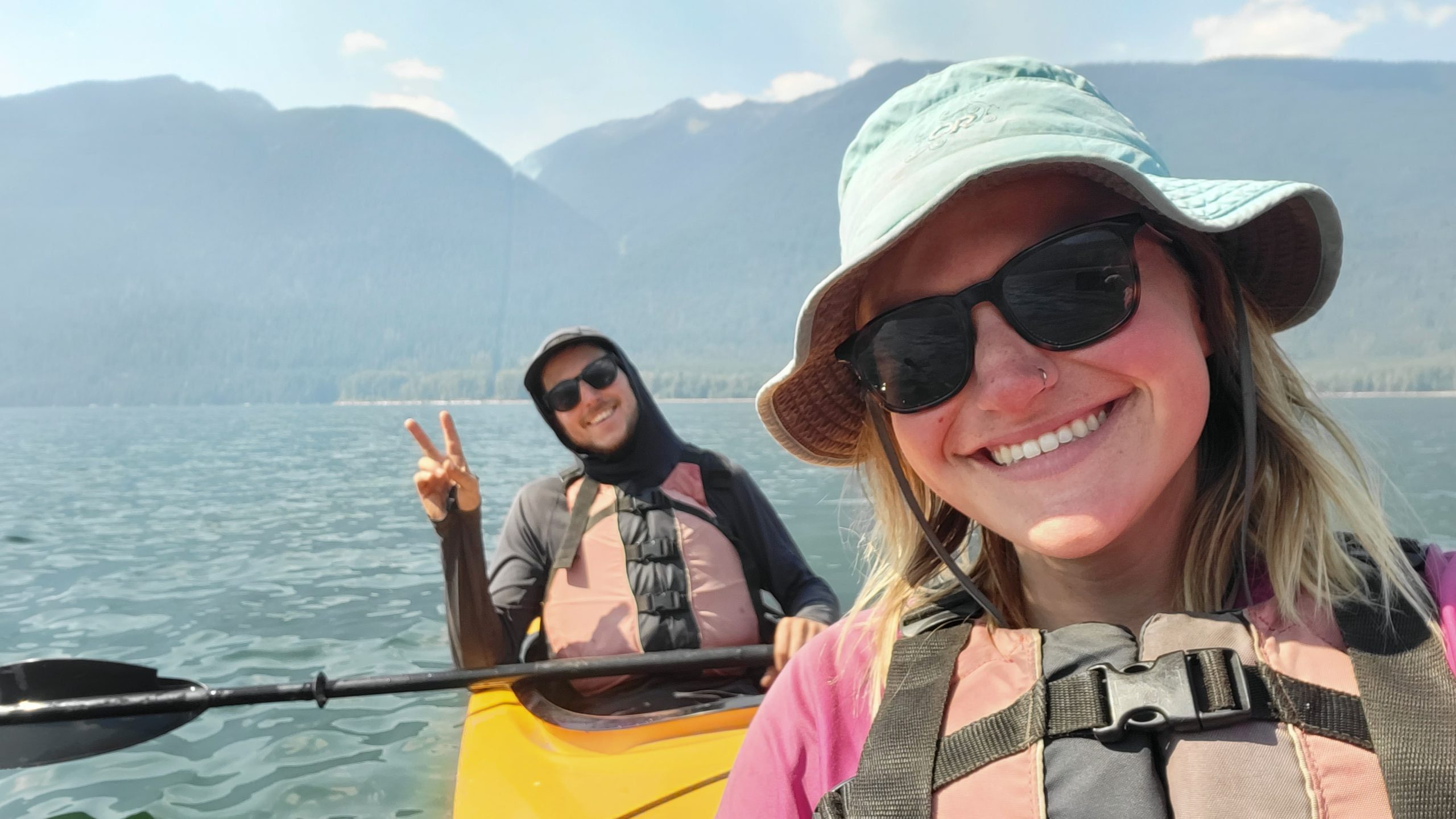 Basically, we have a lot to catch up on. Now that I’m home and have unlimited access to Wi-Fi – and the many other modern amenities that are also once again at my disposal – I’ll be able to fill in some of the gaps. I know – you’re on the edge of your seat, right??

Stay tuned and I promise to write soon!