Ashland to Somewhere? In Which I Have No Idea What’s Happening

I’m not sure what it is about thru-hiking that makes me feel so compelled to word vomit all my experiences on the internet. In all other aspects of my life, I have a tendency to be rather judicious with what goes on the worldwide web, but the second it has to do with backpacking, I feel obligated to be completely frank about any and all haywire bodily functions and emotional meltdowns as well as really overestimating the desire of others to see photos of my fungus-ridden and blistered feet. In part it’s because I never want to present a picture of thru-hiking that’s too rosy or scrubbed clean of its realities. It’s also in part because I, in a weird sort of way, enjoy those realities. The “thru-hiking is a roller coaster” metaphor has been beaten to death, but it’s true that thru-hiking is full of highs and lows. The lows are the real interesting part of a thru-hike. They’re the stories people want to hear about and the ones I most enjoy telling. Without them, you’re just driving on a flat highway, trying to find something to keep you from zoning out at the wheel. No one wants to read about that.

Consequentially, that means the only way to write content that’s interesting for me, the writer, and you, the reader, is to be totally upfront about the aftereffects of my intestines turning into a giant slip and slide.

Milestones: Crossed into California, hiked 1,051 miles without barfing once. 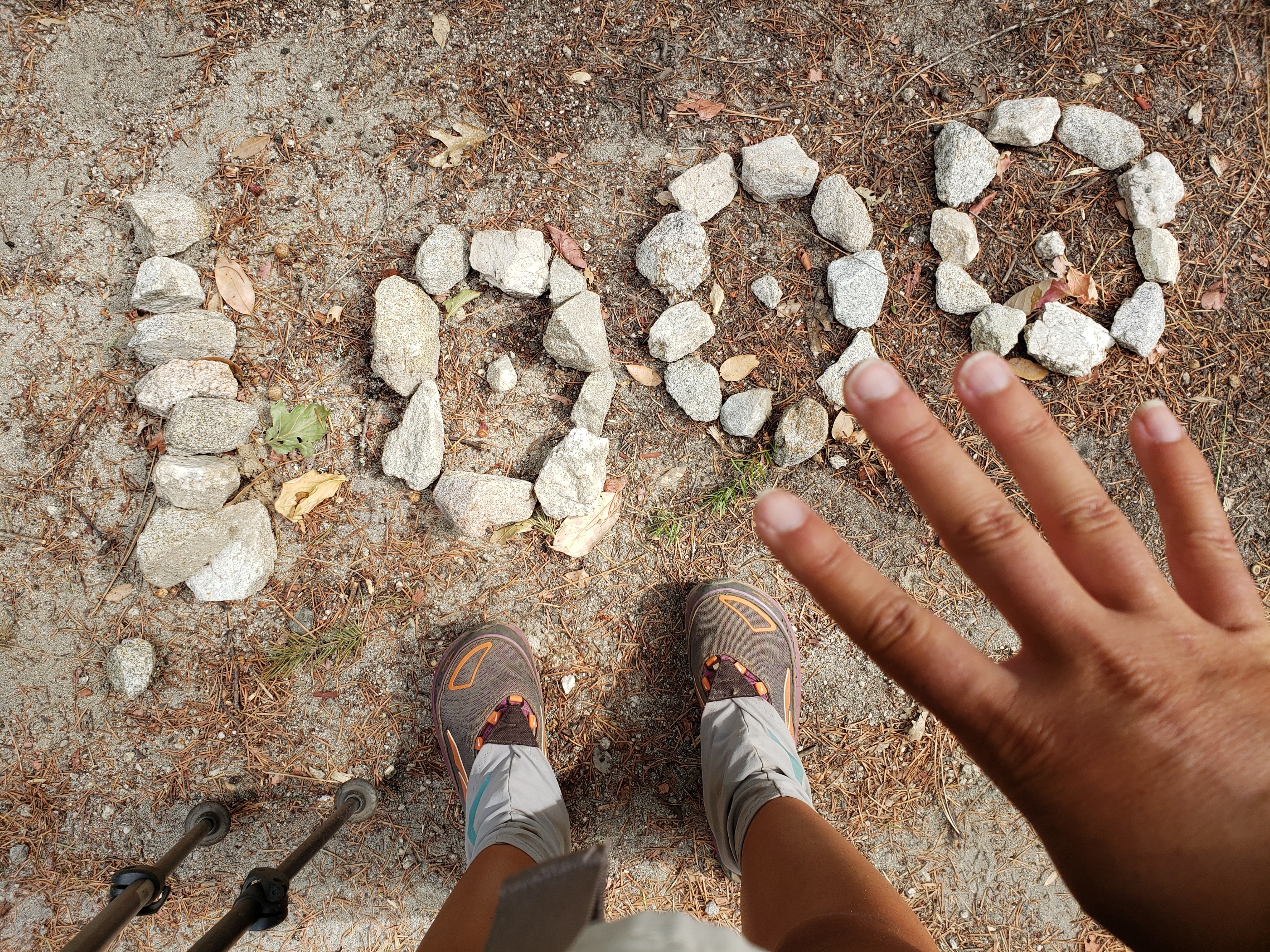 I have been neglecting this blog (and I take such pride in my consistent blogging!) mostly because I had no idea what was happening with my thru-hike. I now have a vague idea of what’s going on with my thru-hike. In my last blog, you may recall I came down with Giardia. Every thru-hiker knows someone who knows someone who got Giardia at some point during their thru-hike and that someone the someone knows turned out fine. It’s common. It happens. I was the third diagnosed case of Giardia at the Ashland clinic the week I went in. I wasn’t stressed about having Giardia.

I was stressed about taking time off for said Giardia. If there’s a skill set this thru-hike showed me I need to work on, it’s being chill in the face of thru-hiking deadlines. Any carryover readers from my AT thru-hike will remember when I totally freaked out at various points about the Kennebec ferry and Katahdin closures, despite arriving at both checkpoints in plenty of time without the need for any rushing. Panicking unnecessarily about things is just a charming part of my personality. But the point is, I could not stop panicking about the weather window in the Sierra. My pace had been fine but I didn’t feel like I had the time to be sick, so I got back on trail armed with my antibiotics, planning to push through whatever residual discomfort there was. 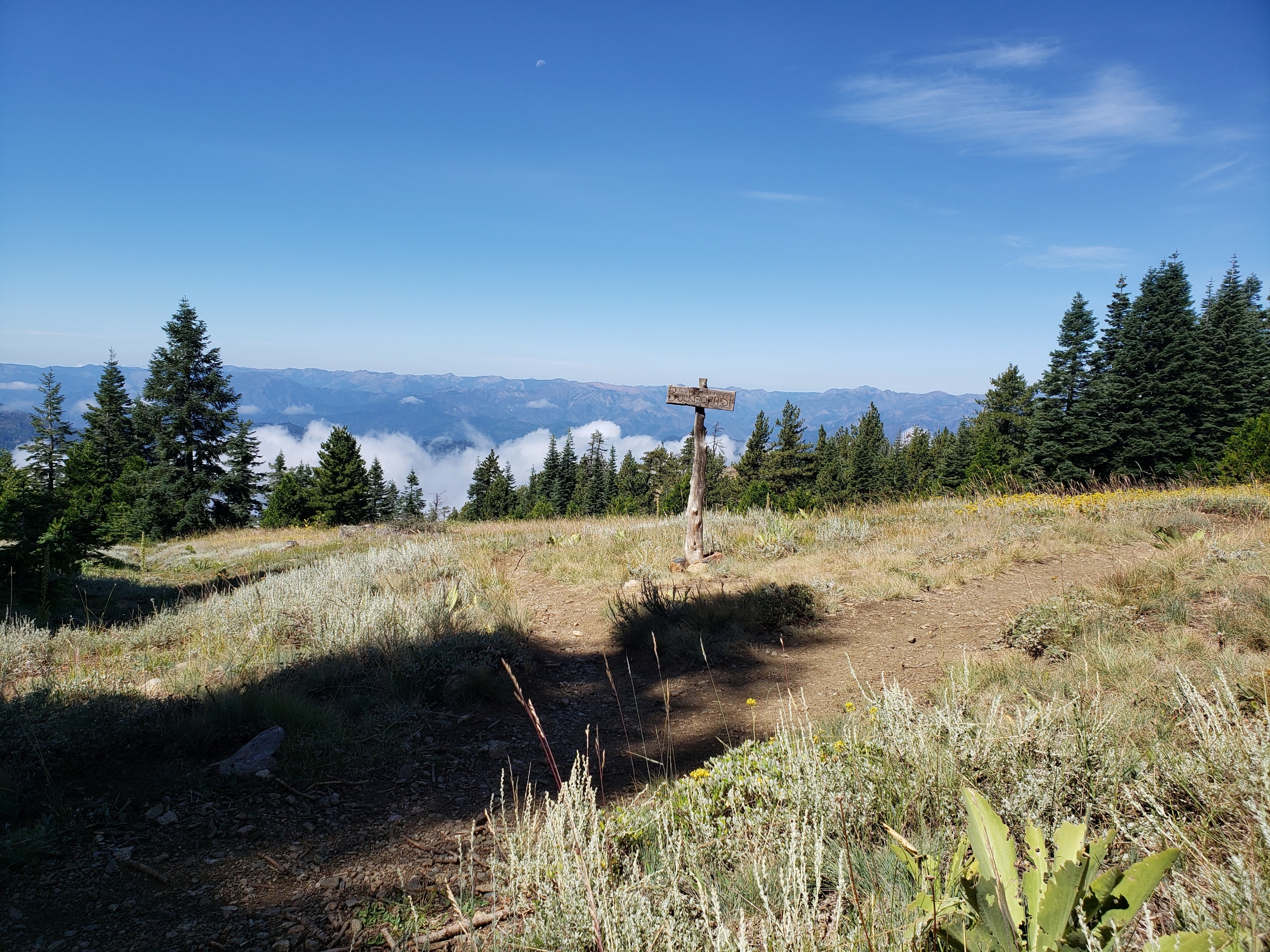 And push through I did. I don’t think it’s tooting my own horn to say I’m good at pushing through. You can’t thru-hike a long trail without learning how to tuck all your discomfort into a little corner of your brain to be ignored. And there was some discomfort. The slip and slide factor had dissipated but I was having terrible stomach cramps, to the point where I’d go long chunks of the day with my pack’s hip belt unbuckled, preferring the pain in my shoulders. I was getting terribly nauseous and lightheaded and dizzy. I was a little nervous I was dehydrated from a week of hiking 20+ miles days without retaining any of the solids or liquids I was putting into my body. The 90+ degree temps I was hiking through as I crossed into California weren’t helping. I started getting terrible muscle cramps in my legs. Nothing I was doing seemed to be improving the situation. Nevertheless, I needed to average 23 miles per day to get through the Sierra when I wanted to, and every day I made sure I made at least 23 miles.

I tried to take stock of where I was at physically every day. I ran through symptoms and their potential causes. Were my electrolyte levels out of whack? Were these side effects from the antibiotics? If my water filter had broken to give me Giardia, did I also have another waterborne illness? I didn’t feel as awful as I’d ever had while hiking, but without a clear idea of what was wrong, I did feel powerless to fix it. My walking pace had slowed, so to make my 23 miles a day, I needed to take minimal breaks and was hiking until 8 p.m. each day.

The stretches between towns from Ashland to Seiad Valley to Etna are short, about 60 miles each. The 100-mile stretch from Etna to Mtount Shasta seemed really daunting in my current state. I wandered around the grocery store while resupplying like some magical fix-everything pill was going to appear next to the aspirin. I felt grossed out about all the food options in front of me, which had always been a dangerous feeling for me on the AT and one I had worked so hard to avoid having on this trail. I shed a couple of frustrated tears while staring at pasta sides.

I hiked out of Etna Summit the next morning. One hundred miles worth of food sat heavy on my back without my hip belt buckled. Hitching out of Etna had taken a bit and I was already stressed out and feeling behind for the day. “This blows,” I thought. About three miles in I sat down at a viewpoint and considered if I actually wanted to continue like this, something that hadn’t occurred to me to do in the last two weeks. Pushing through is an inevitable part of thru-hiking, but had this crossed into too much pushing through? I thought about why I was out there. I hadn’t written out a list of reasons I wanted to finish the trail this time. I’d thru-hiked once and I didn’t feel like I had anything left to prove to myself or anybody else. I was out there because I loved thru-hiking and it brought me joy. As I sat at the viewpoint, I realized dispassionately that I was in a beautiful place. I hadn’t thought that in weeks, consumed as I was by symptoms and discomfort and pace and the snow in the Sierra. I turned around and hiked back to Etna. 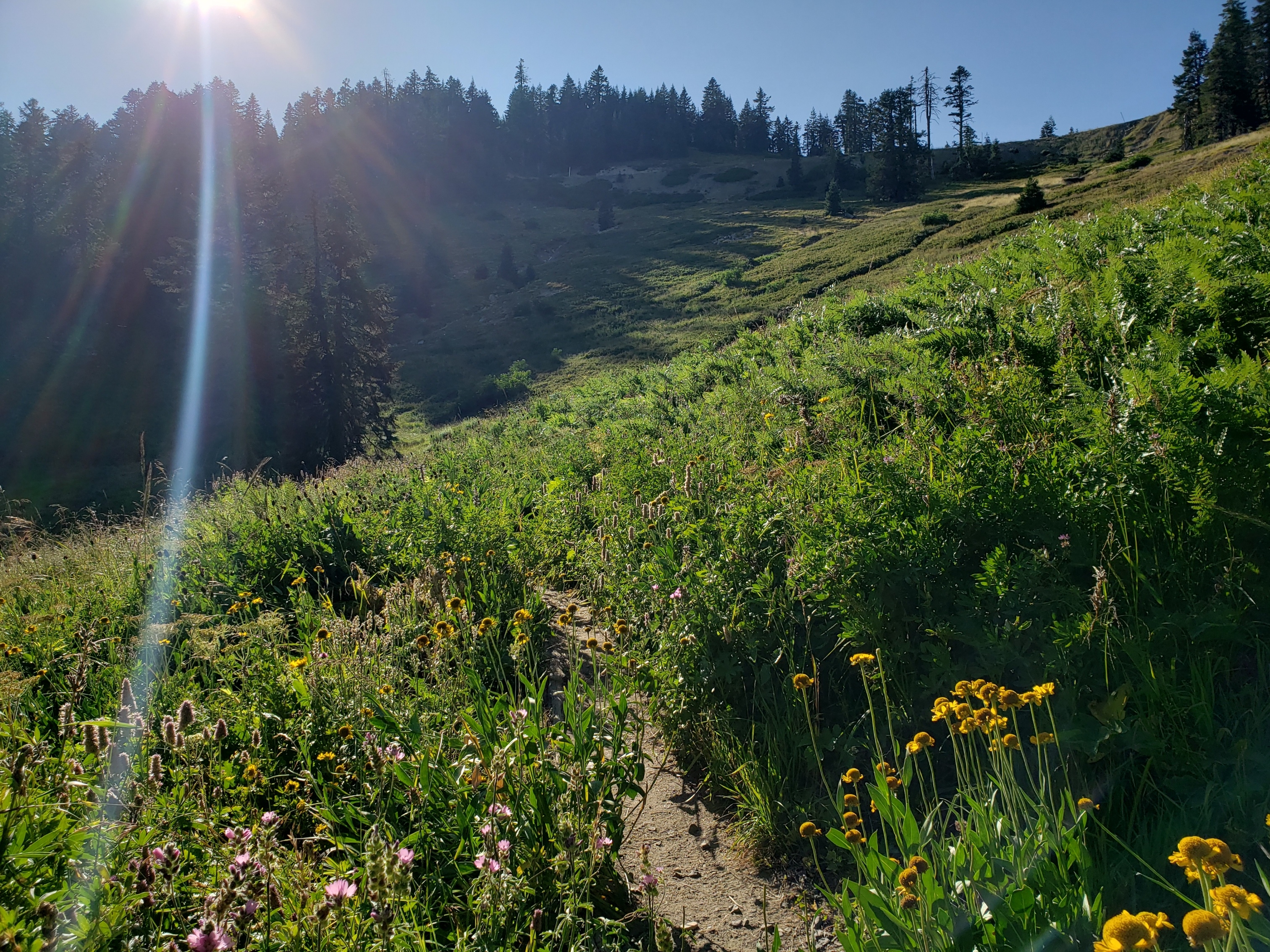 My parents came and picked me up (my parents, always troopers). I almost changed my mind several times, but then I remembered if I got back on trail I’d have to physically hike, and the idea still seemed sucky. I knew that by choosing to go home and get better, I was essentially shutting the door on a complete end-to-end thru-hike in 2019, but it just didn’t seem like I had much choice if I didn’t want to keep hiking while feeling the way I was feeling. Which I didn’t.

I hate not doing things, so I walked the dog and got winded walking the dog. I used the surplus of tomatoes in my parents’ garden to make sun-dried tomatoes, and I almost fainted from standing too long to cut them up. I made feeble attempts at running and hiking. I argued with my insurance, went to doctor appointments, got lots of blood taken, and peed in far too many cups to finally be told that I could get back on trail when my electrolytes levels normalized and maybe I should try to regain some weight while I was at it. Eventually, most of my symptoms faded. By that time, the most logical place to jump back on trail was Kennedy Meadows and finish hiking the trail south to Campo, leaving me the rest of Northern California and the Sierra to finish another year.

Obviously, I have some mixed feelings. On one hand, I’m really excited at the prospect of 700 miles without deadline stresses and with (hopefully) less intestinal despair. On the other hand, California was what I was most excited to hike through and I’m going to be missing a huge section of it. I hadn’t really planned on spending another huge chunk of time hiking next summer and I’m not totally sure all my regular adult obligations can be shoved to the side yet again. But as I’m working on being more “chill,” there’s really no sense in stressing about that yet, so for now I’m just going to focus on and enjoy what’s in front of me, which is another month of hiking in a part of California where I haven’t spent much time and hopefully reuniting with some people who I ghosted when I bounced off trail without telling anyone. (I didn’t know what was happening!)

I’ll be back on trail soon and then this blog will revert to its normal status as basically a tumblr for anyone with a weird foot fetish.