Avoiding Politics Is Hard These Days

The Lionshead Fire closure was only 20 miles long, but it was in the middle of an 85 mile section of PCT. Since I was on a tight schedule, I decided to bypass the entire section and resupply in the town of Sisters, Oregon. Unfortunately, the Creekside Campground is on the opposite side of town from the Bi-Mart and Dollar General. Still, the distance is only a mile, the town is welcoming, and the weather that afternoon was warm. On the way back, I stopped at the “Eurosports” bicycle shop where they happened to be serving food and a selection of local beers.

The next day, I walked back across town to the roundabout I’d scouted the previous afternoon. There was plenty of Saturday morning traffic, so I didn’t think it would take long to hitch a ride. Most of the cars parading past me were outdoorsy Subaru models, driven (I imagined) by environmentalists who’d definitely pick up a hiker. Nope. The SUV that stopped wasn’t a Subaru. It did, however, have an extensive collection of bumper stickers, although they expressed views at the opposite end of the political spectrum from the Sierra Club. My inner monologue was quick to warn me, “Uh oh, this could be interesting.”

The driver of the SUV, Wendy, was friendly and engaging. We exchanged backstories (I live in Idaho, etc.) before the conversation moved on to other topics. I was able to avoid talking about politics for just a few minutes before she asked me directly.

“So what’s your political affiliation?”

I had to respect the fact that she didn’t waste time. I told her who I voted for in the presidential election, but also that I wanted to remain open to other perspectives. Wendy explained why she was so interested. She told me about her work campaigning for a candidate who intended to become Idaho’s next governor. She talked about the candidate’s platform and policies. I admitted that I mostly knew about him because of his unfavorable news coverage. (Wikipedia describes him as an anti-government militant.)

What I didn’t mention was that Conservation Voters For Idaho describes this candidate as a “notorious public lands opponent”. I asked Wendy about state/federal lands, and she summarized her candidate’s position, “Graze it, log it, or watch it burn.”

It’s a logical viewpoint, but one I find irresponsible. Essentially: if we decimate the landscape, wildfire won’t get the chance to. Although I didn’t argue with her, I’d prefer that we manage our public lands and their resources sustainably. But before this turns into a full-on political rant, I’ll get to the point. I’m grateful to Wendy not just for the ride to Santiam Pass, but also for highlighting something else I can’t argue about.

“Whoever wins the Idaho Republican primary will become governor.” 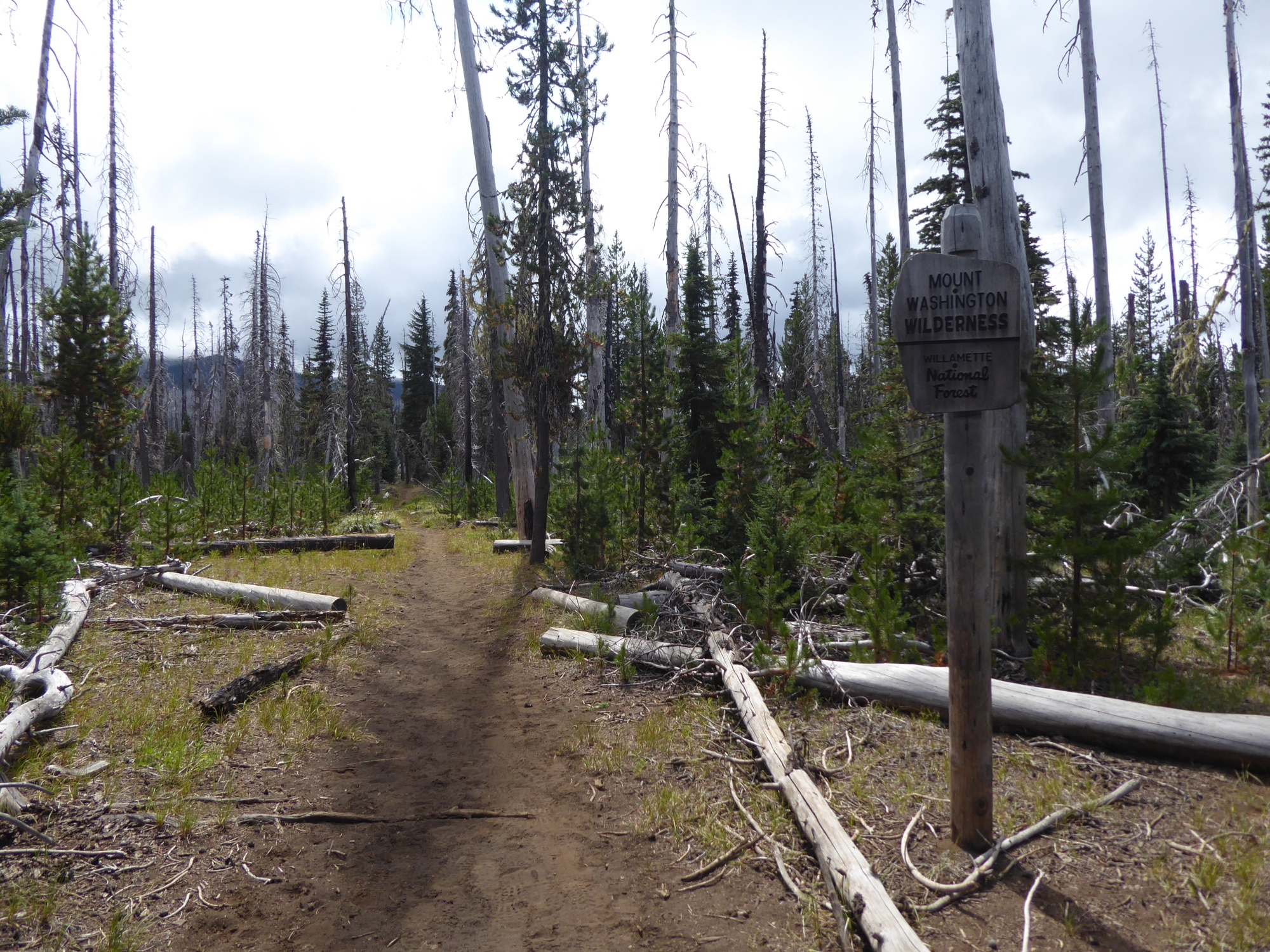 Less than three weeks after that conversation, I had to return home. The US Forest Service closed all of the national forests in California, ending my thru-hike after only six weeks. Yes, I was disappointed. But I also had to accept that this is how it’s going to be from now on. Climate change is often discussed in terms of “tipping points”, and it feels like we reached one in August 2021. In future, I’m sure we can expect larger areas to close, and for those closures to happen earlier in the year.

Climate change has undoubtedly contributed to California’s prolonged drought. The wildfire problem in western states is also due to decades of misguided policy. States like Idaho will be increasingly dependent on federal funding to cover the escalating costs of fire fighting. We’re going to need more prescribed burns too, and I’m sure they’re not cheap. In other words, I think we should elect pro-environment candidates. One of the first things I did after arriving home was to go online to update my voter registration so that I can vote in the opposing party’s primary. Voting for the least-extreme opposition primary candidate seems like the best way I can help a political situation that’s fishtailing out of control.

(I became a US citizen in early 2019. Between then and the 2020 presidential election, I was able to update my voter record twice without any problems.)

My request to change my political affiliation was denied, and the reason given was frustratingly vague. The bad news: it’ll take time and effort to track down exactly where the problem is and then fix it. The good news: my definition of “time and effort” was recently recalibrated as a result of walking halfway across the country.

Oh, yes – Santiam Pass. I rejoined the PCT not long after noon that Saturday, and hiked for about three hours. I camped at the base of the western slope of Mount Washington, at the campsite marked on Farout/Guthook. There’s no waypoint for Washington Ponds, there’s no trail leading to them, Farout doesn’t name them, but they are shown on its map. It would have been easy to miss them except that I really needed water. (Mount Washington Wilderness was drier than I expected.) I filtered the water, and although it still tasted like green tea, it didn’t do me any harm. 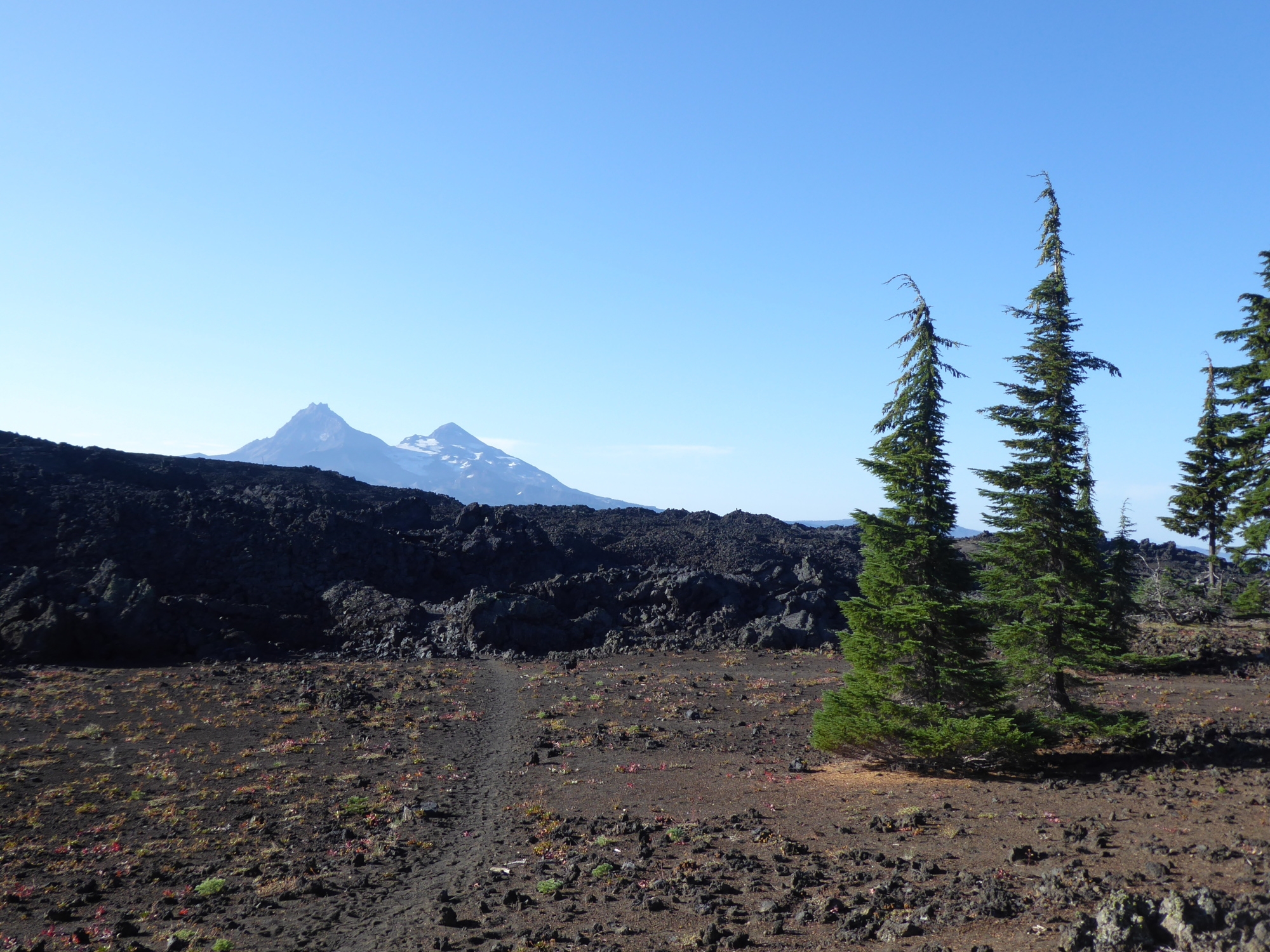 There were patches of frost the next morning as I encountered Oregon’s infamous lava rock for the first time. At the McKenzie Pass trailhead, a trail angel had left several gallons of water, some bananas, a six-pack of Shasta Lemon-Lime and six cans of Cola. Second-breakfast of champions: a banana and an ice-cold soda.

After a quick detour to the Dee Wright Observatory, I stumbled and tripped deeper into the lava fields. It was slow going, but by late afternoon, I reached the Obsidian Limited Entry Area. It marked the end of my lava rock encounter, and I took a break at Obsidian Creek. I chatted with the USFS ranger who was checking permits, until he disappeared in the direction of Sister Spring. About half an hour later, I was still filtering water when he returned with full bottles of unfiltered water, directly from the spring. I complained about how my Sawyer Squeeze was clogged, and back-flushing was ineffective. He suggested I soak it in vinegar. I was privately skeptical, but thanked him for the advice.

Honestly, the next few days were fairly boring. The NOBO bubble was bursting, and the trail was getting quieter by the day. The few remaining north-bounders, aware their window was closing, didn’t have time to chat. The amount of wildfire smoke varied according to the prevailing wind, but long-range views were rare. 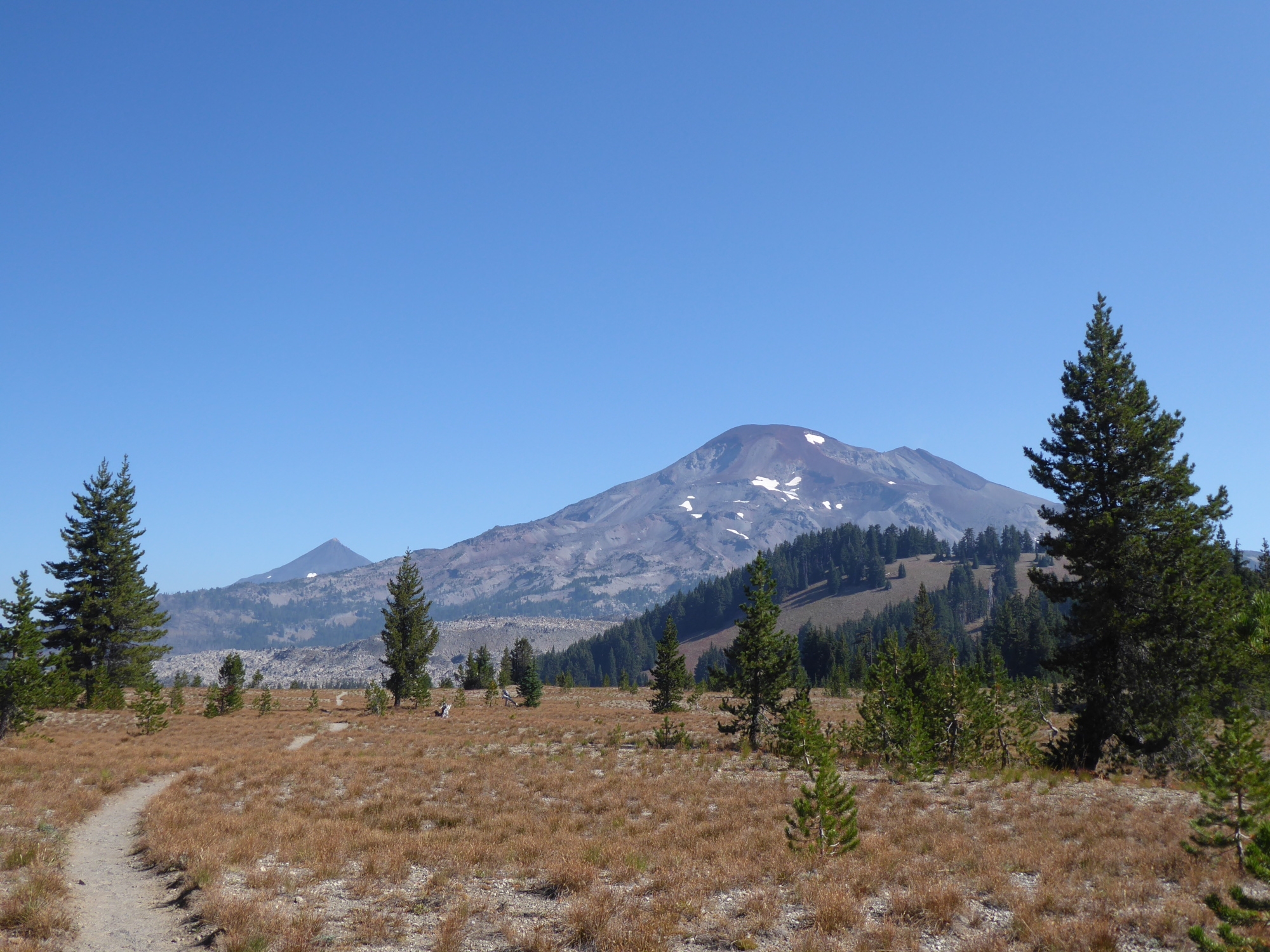 The mornings were cold, which meant cooler afternoons. (Not as hot as Washington had been, anyway.) The terrain was also much flatter than Washington, and the only thing slowing me down was the occasional blueberry patch. I’d arrive at camp each afternoon between one and two after 20+ miles. My only daily concern was the state of my filter, which was now taking more than 10 minutes to fill a 24 oz. water bottle.

The day of my resupply, I arrived at Shelter Cove Resort bright and early. It was 8:30 AM, starting to warm up, and a handful of people were going about their morning routine. The store was easy to find, and I went inside to ask about my resupply box. I’d mailed it before I left home, almost five weeks earlier, and I hoped it hadn’t been shuffled into a dark corner somewhere. Sarah, who was working behind the counter that morning, quickly found it. I asked her about a replacement water filter, but the store didn’t sell them. I explained that vinegar might be the solution (no pun intended) to my problem, and Sarah seemed genuinely pleased she could help.

And help, she did. My filter was 2.5 times faster after the vinegar treatment. It wasn’t fully restored, but it would see me through until I could buy a new one. So, thanks again, Sarah. My thanks also to the unnamed USFS ranger, the anonymous trail angel, and Wendy. That week in Oregon showed me several examples of how “the trail provides”.