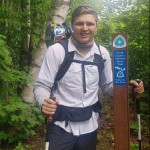 Backpack Tax: Is it Time Hikers Pay Their Fair Share?

OK so we all know the sayings: “Cash is King,” “Men Lie, Women Lie, Numbers Don’t,: ”The early bird gets a face full of spider webs.”  OK, maybe not that last one.  However, the first two are definitely true and, unfortunately, how the world works.  With that being said, is it time for the backpacking community to take a financial stance to support the lands we all enjoy? My answer is definitely maybe, but we will get to that later.

What is a Backpacking Tax?

First and foremost, I think it would be wise to explain what in the world a backpack tax would look like.  It just so happens there is a framework already set up for this very purpose.  Look no further than the Pittman-Robertson Act of 1937 and the latter Dingell-Johnson Act of 1950 (the “Dingell-Johnson Act” is first ballot hall of fame when it comes to naming acts of Congress).  These funds work through an excise tax that is levied on the companies that make gear for the outdoors.  Let us break down the Pittman-Robertson for reference.  The P-R is an 11% tax on items needed to hunt such as firearms, ammunition, or archery equipment.  This tax is not a direct tax on the item, but instead, it’s levied on the companies who sell the products.  Some would argue that these companies then pass on the price increase to the public but that’s neither here nor there.  In the end, the money is put into the fund that is allocated to states for wildlife restoration and hunter safety courses.

These restoration projects are funded by the P-R with a 75/25 split between federal and state funds, so when Kansas wanted to purchase land to protect prairie chicken roosting and mating grounds, they applied to the P-R fund for help.  The state put up 25% of the cost and the federal fund covered the rest; all paid for by the purchase of sporting goods by hunters.  Similarly, the Dingell-Johnson fund created essentially the same program but for fishing access through the sale of tackle, boats, outboard engines, and even boat gas.  Both of these acts have funded and led to the completion of countless projects as well as research into wildlife conservation.

So What About Backpacking?

With that long-winded explanation out of the way, what does this have to do with backpacking? Hang in there, I am getting to the point—I promise.  If a similar fund was made in the name of backpacking, this could be a huge source of funds that would go a long way for trail creation, completion, and maintenance.  These are not small numbers that we are talking about here. The Pittman-Robertson brings in $177-324 million annually.  Mind you, this is only from the purchase of firearms, ammunition, and archery gear.  If you think about how many more sleeping bags are sold vs. shotguns, this could boast larger numbers than even the wildly successful P-R fund.

So if I were the czar of this so-called Backpack Tax, first of all, I would come up with a better name like “Quinton’s Fund for Hiking Awesomeness” or something of the sort, but I digress.  A small tax would be levied on the producers of gear in question, including but not limited to: tents, sleeping bags, quilts, sleeping pads, backpacks, trekking poles, cookstoves, finely crafted malt beverages. OK kidding about that last one again, but you get the point. Essentially, everything that you would find in the camp section of your local REI would qualify.  Say 5% MSRP of these items is put into a fund. This fund is then a 75/25 split for states or associations to use protecting and creating trail systems and outdoor recreation opportunities.  That way, if the Ice Age Trail wants to purchase/lease some tracts of land so there isn’t 500+ miles of road walking, they would have federal backing to do so.  Seriously, Wisconsin. Get it done.

This is the section of all of my articles where I defend my stance against would-be counterarguments.  It’s kind of like fighting with myself but hey at least I always win, right?

The first argument I imagine coming my way is, “Manufacturers will just increase the price.” My answer to that is a simple, “Yeah probably.” While I’m no fan of prices going up, the increase would be rather minimal, and for the benefit, I think it is worth it.  Of the items that would qualify in my current thru-hike kit, there is about $1500 of gear subject to the tax.  At a 5% rate, that’s only a $75 increase for my entire setup.  Sure, I’ll miss the $75 worth of ramen bombs on trail, but for my $75 I get to directly increase access to outdoor recreation across the country.  In simpler terms, your $300 custom ultralight quilt now costs $315 and you have a trail you can actually use it on.

Some might call into question, “How do we make sure this money is spent appropriately?” Another simple answer already solved by the Pittman-Robertson fund (smart guys, I tell you).  To get the funds released the state would have to apply with the project proposal and the 25% of funds needed.  This proposal would go to someone high up in either the US Forest Service or the Department of the Interior.  When approved the federal funds are released and the project goes forward. If the project is denied no federal funds are to be allotted and they can retry next year.  If, for some reason, the funds are not allocated after 2 years the money would be released elsewhere. The P-R currently sends its leftover funds to the Migratory Bird Conservation Act, but in this case, I would advocate for the overflow money to be distributed to the various trail associations.  Hey, if too much money for conservation is a problem, I guess that’s a good problem to have.

Let’s be honest. I doubt any of this will come to fruition anytime soon. Say what you want about congress, but we all know it moves slower than an elevation climb after a double zero. That being said, I would love to see members of the outdoor community pushing for such an act.

Thank you for sitting through my long-winded and opinionated rant. As per usual feel, free to tell me I’m wrong in the comment section.  Hopefully, I have convinced you it’s time for hikers to start pulling the oars of conservation funding. Cheers!

NoBo 2022 PCT Thru Hiker from Central Wisconsin. Also known as Sweatsuit on trail. I am an avid conservationist with a passion for bringing attention to and protecting public land. I also make custom hiking posters that can be found on my Etsy store: SweatsuitMaps