Barney Scout Mann is so ingrained in trail culture that there aren’t quotation marks around his trail name on the cover of his remarkable new memoir, Journeys North: The Pacific Crest Trail.

Mann could have gone any number of directions with this memoir, considering his impressive thru-hiking resume:

But rather than simply focus on his own story and accomplishments, Mann chose to place his PCT tramily center stage. The result is a richly detailed, candid, fascinating tapestry of character and adventure that reads more like a novel than a traditional memoir. It doesn’t hurt that Mann, trained as a lawyer, has a way with words. 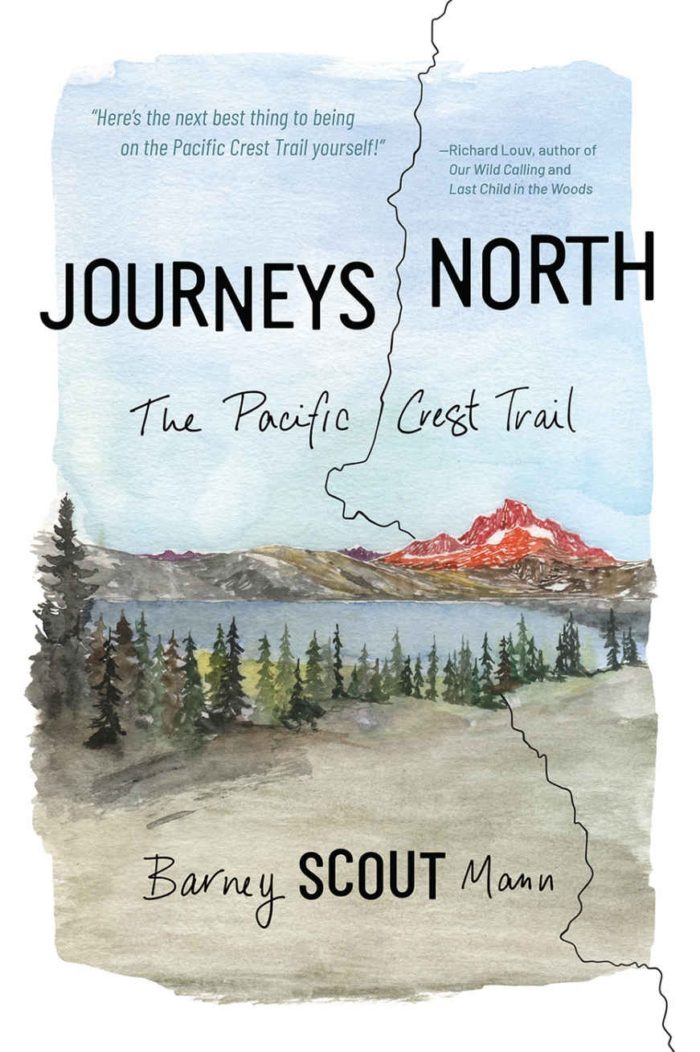 You’ll come to know Scout and Frodo intimately, but also Nadine, Alan, Amanda, Blazer, Dalton, Tony, and others–not just their daily doings along the trail, but also their backstories, motivations, broken places, and quirks. It’s a kind of intimacy that you’ll seldom find in a “trail book.”

“Tony was Amish, or would have been Amish if his parents had stuck with the program,” Mann writes, introducing one of his cast. “Descended from generations of good German stock, his parents broke away from Old Order Amish as adults, leaving Tony to wrestle with that heritage. At school, his classmates told Amish jokes. Tony told them, too, and felt ashamed every time.”

The trail itself is a major character, as is Mother Nature, who blithely challenges PCT hikers from start to finish. Desert heat, snow in Washington that threatens to turn Scout back just short of the finish line, water worries, injury, Type 2 fun—to quote the old TV commercial for Prego spaghetti sauce, it’s in there. 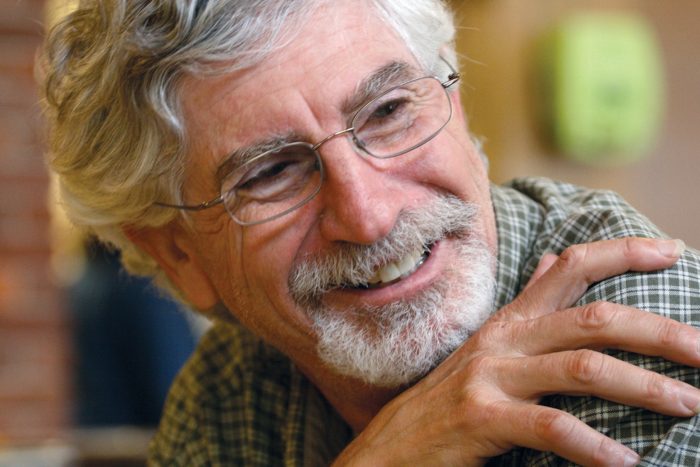 “Figaro had a thru-hikers’ prodigious capacity to endure pain–he overrode the pain from an infected foot for weeks, and like the rest of us he hiked the last miles of each day with some combination of aching knees, feet, shoulders, and back. I myself hid from Frodo a knee gash that probably should have had stitches,” Mann writes. “On top of that, thru-hikers are out in extremes of heat, cold, and freezing rain, when any fool would be indoors. You really, really have to want to stay on trail.” 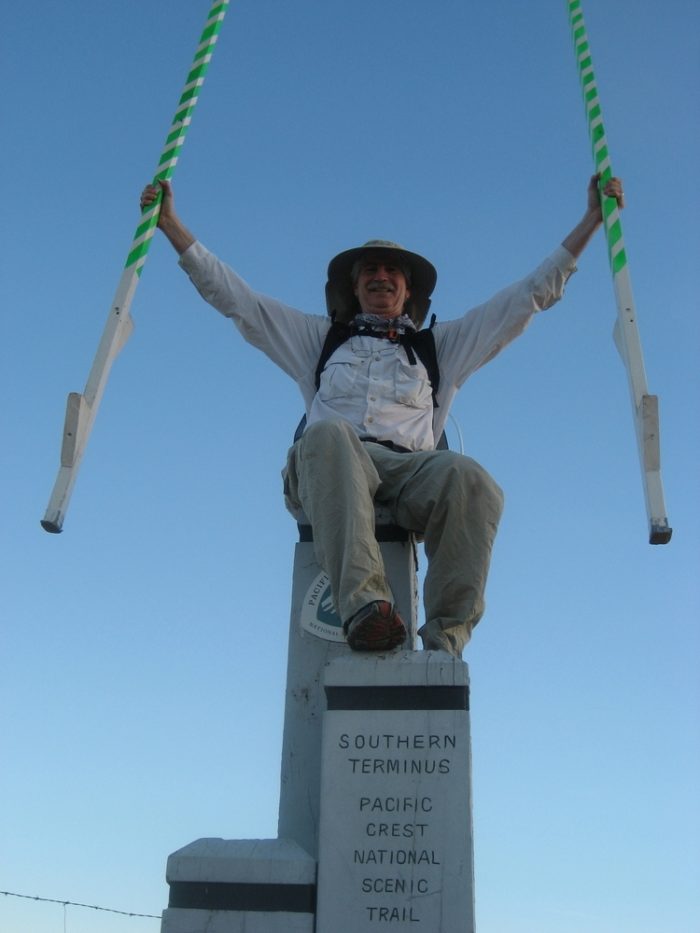 True to its name, Journeys North proceeds in roughly chronological order. But I appreciated Mann’s sometimes idiosyncratic, not-quite-linear presentation. It’s the sure sign of a writer who knows, and is willing to break, the supposed rules of “good” writing. The story frequently diverts into small observations, memories, and odd little cul de sacs of backstory. It all adds texture to the telling.

For example, late in the book we get a deeper look into a hiker named Tazul, merely mentioned earlier on, and his life growing up with an alcoholic father. Rather than just tell us what Tazul is wearing or what he eats or how many miles he can do, you can tell that Mann is interested in him not merely as a hiker, but as a fellow human.

When Scout finally crosses the Canadian border as part of nine-member “Team Snowplow,” the emotion and camaraderie so many of us feel upon finishing a long trail brought tears to my eyes and raised goosebumps on my arms.

“Blazer slept that night sure in the knowledge that she’d … found the community she’d always wanted and never knew existed,” Mann writes. “She had nothing to be envious of anymore.” 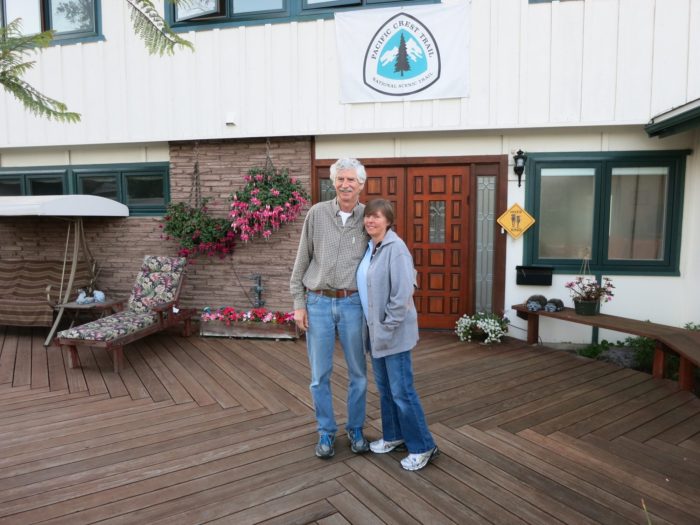 Barney and Sandy Mann, aka Scout and Frodo, at their home in San Diego. Courtesy Barney Scout Mann, barneyscoutmann.com.

I’m on record here at The Trek as placing trail memoirs into three broad categories:

Three stars: Great to exceptional. Those that offer so much in the way of artistry, effect, or insight that they find (and deserve) audiences beyond the hiking world. Two “controversial” examples: Bill Bryson’s A Walk in the Woods and Cheryl Strayed’s Wild. (Trashing those books because Bryson and Strayed only hiked part of their respective trails only makes hikers look silly, petty, or jealous.)

Two stars: Good to very good. The next echelon down are books that offer more than simply a hiker’s day-to-day experience. David Miller’s AWOL on the Appalachian Trail and Trek boss Zach Davis’ Appalachian Trials and Pacific Crest Trials are good examples of memoirs that provide real insights into their experiences.

One star: Ordinary or worse. Little more than glorified trail journals, these make for perfectly fine “popcorn” consumption but offer little or no insight or artistry.

I confess I’m quite stingy about giving a full three stars. But Barney Scout Mann’s Journeys North, truly one of the most artful hiking memoirs of the past decade, is definitely knocking at the door.

Aspiring hikers won’t come away with deep knowledge of how to hike thousands of miles. Instead, they’ll get a glimpse into the true magic of thru-hiking: how months of blisters, bad weather, and pain can become such transcendent experiences for those willing to take that first step. 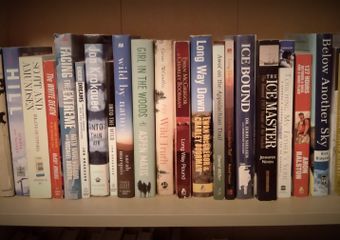 Turn the Page: Ten Books that Inspired Me to Thru-HikeCurling up with a good book about hiking and adventure as it gets cooler seems the perfect idea.Read More