After forcing ourselves to take a full 24-hour break at Hiker Heaven, we reluctantly trudged out and headed north. 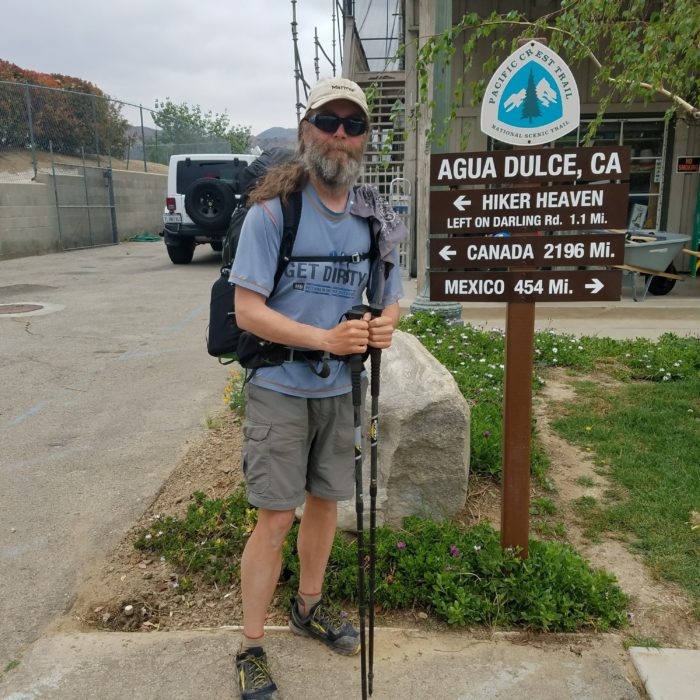 Luckily, the day was still cool and we were still in a pretty foggy weather pattern. It made the otherwise steep, featureless grind a little less sucky. I’m not sure if it’s because my feet hurt or I was hungry, or what, but the trail held very little in the way of interest for me as I watched my trail family accelerate away from me up the ridge. 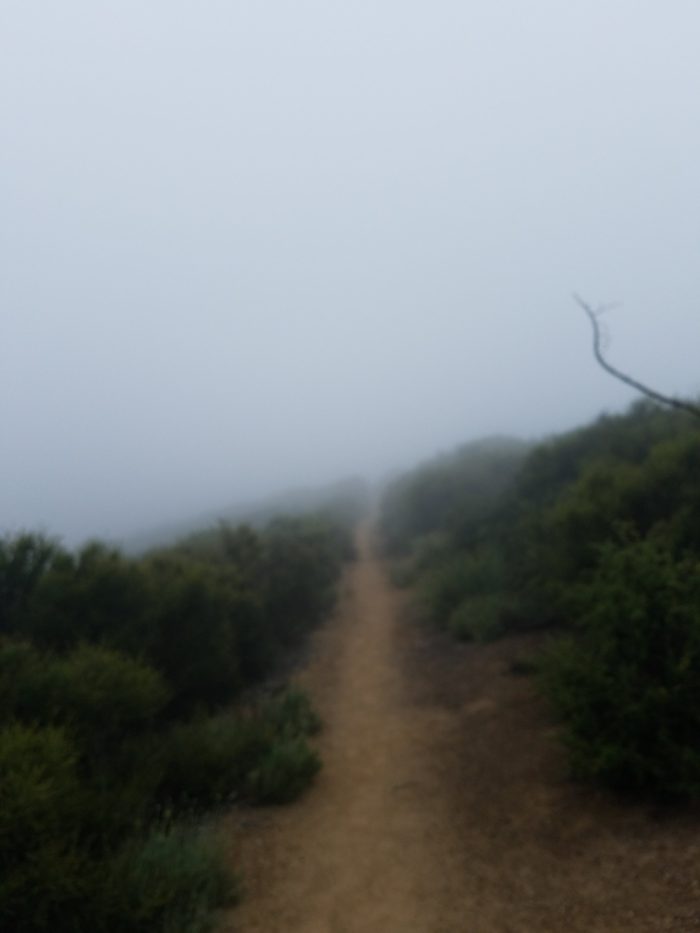 Since we left at lunchtime, we only planned to do half the distance to Casa De Luna, our next nero. With some cold fog moving in we moved as quickly as we could toward our campsite. A tiny break in the shrubs and manzanita bushes served as home.

While it’s almost never possible to say that the next 12 miles will be easy, it was a pretty simple and rewarding walk down toward Casa de Luna. It lived up to its reputation, a sort of biker bar version of Hiker Heaven. I got an immediate hitch in from a guy named Tall Paul, who showed us around. After getting our stuff sorted, we hit the gas station for some beers, muffins, and other goodies. 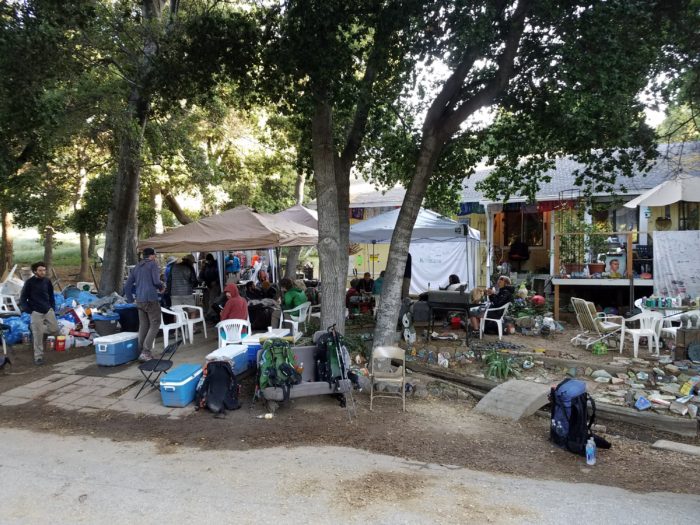 For dinner, there were endless nachos, and a good portion of the hikers began partying in earnest. Earlier that afternoon, Tall Paul had officiated a hiker wedding between Legend and Scientist. There was some kind of vow about hiking the next 24 miles and something to do with an autographed breast. Wedged in among the manzanita trees, we grabbed some shut-eye and prepared to move out first thing.

I did not dance for the honorary 2018 bandana, but I did pose for the picture. To ensure we all smiled, Terry, our hostess, dropped her pants just as the picture was taken.

I did 88 miles in the next four days. Leaving Casa de Luna at about 7:30 in the morning, we got an instant hitch from a trail angel. We were joined by our new trail friend, a woman named Moustache. From there it was a great time and walk through some high oak scrubland, reminiscent of southern parts of the Appalachian Trail. 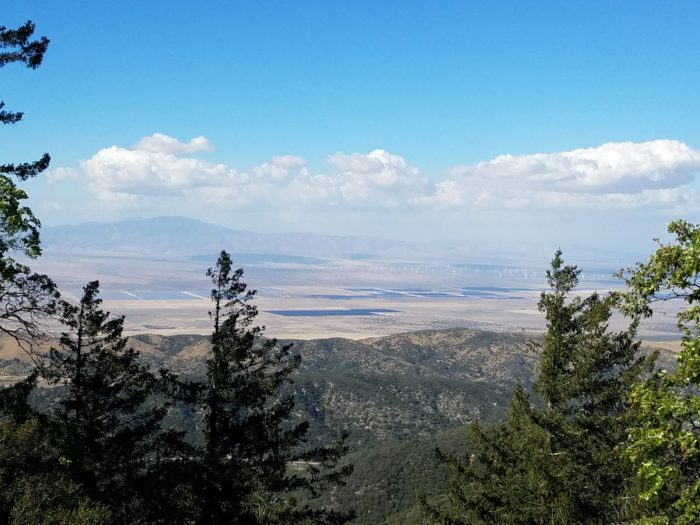 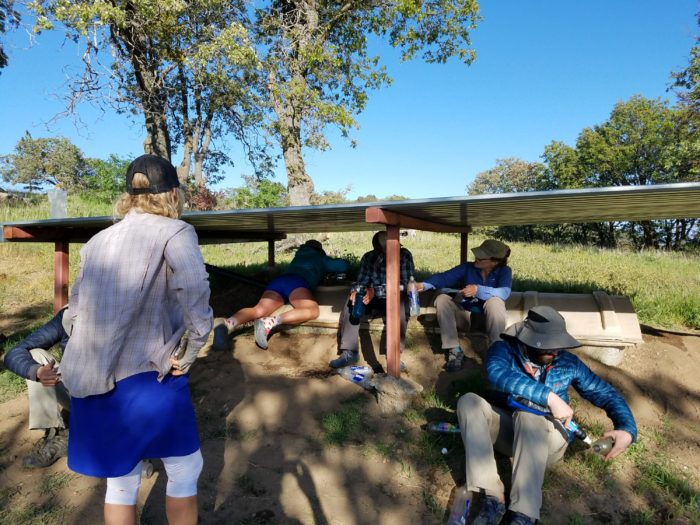 We cowboy camped that night at a state campground where the water source was what they call a wildlife guzzler, a roofed structure that channels water into an underground cistern for later use. Nobody could figure out how this helped the wildlife, since the only way to get the water was if you had water bottles.

What’s great about this whole section is the combination of desert and altitude. We get a constant change of trees, birds, and animals. The wildflowers and smells are ever-changing. The next day was well over 20 miles, as we descended the ridge, finally getting to the real desert. We also hit a major milestone, the multiple 500-mile marks. 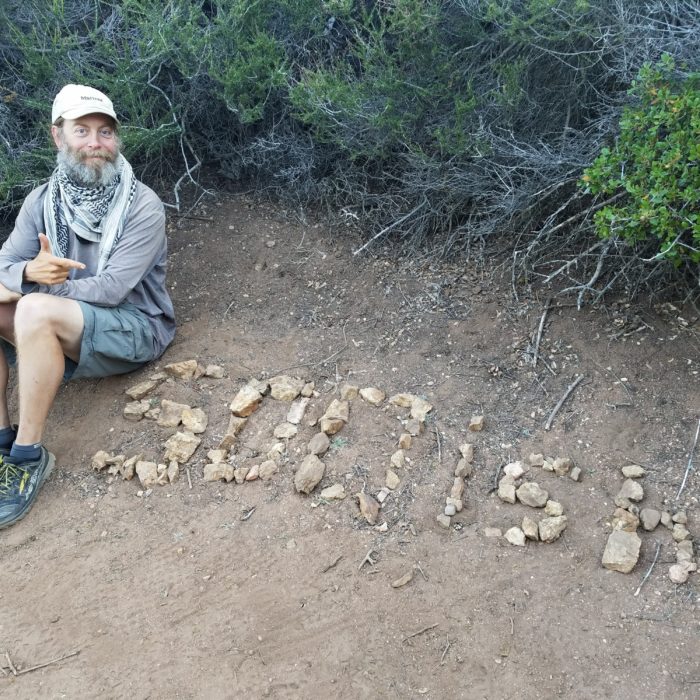 By midafternoon we arrived at the famous Hiker Town, which was much less methy and sketchy than advertised. In fact, it was charming and eccentric. 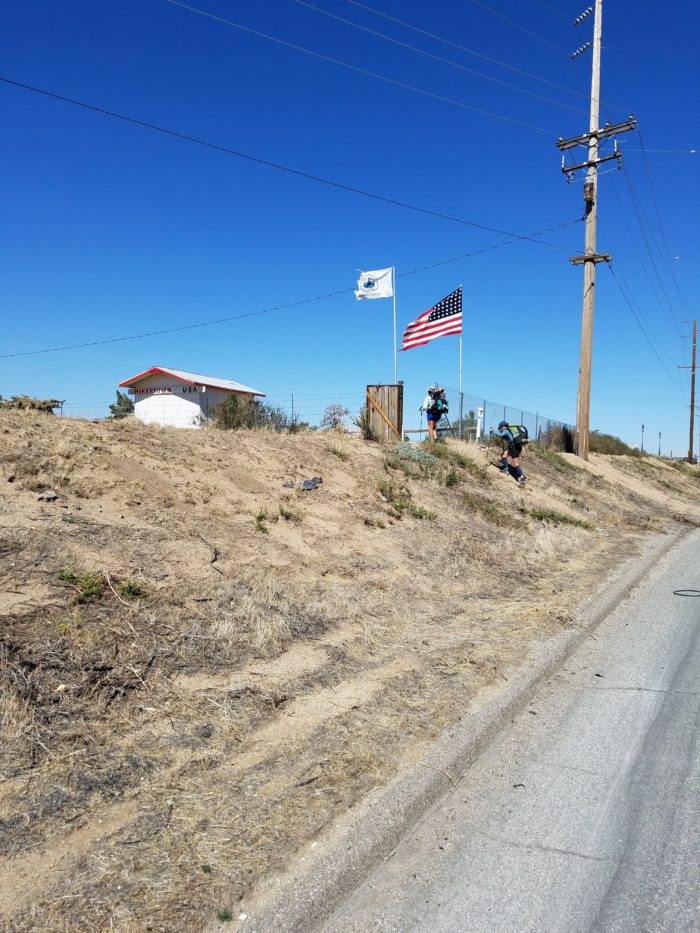 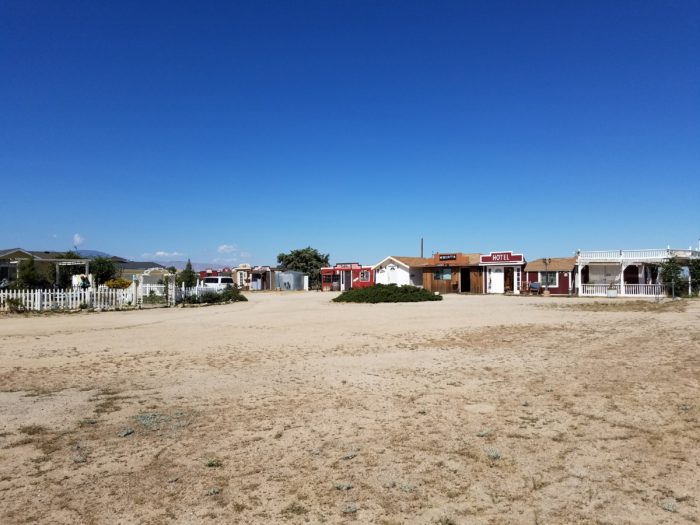 Nobody wanted to hike any farther, especially during the hottest part of the day, so we rested and drank water and ate ice cream. By 6 p.m. we were ready to go, so we set out along the Los Angeles Aqueduct and did another three or so miles, camping in a garbage-strewn wash.

We passed over a pile of discarded mattresses, although another hiker behind us, MGD, slept on them. As Scooch pointed out, “and now you have herpes.” Our plan was to get up early and grind out the 15 or so miles in the dark. 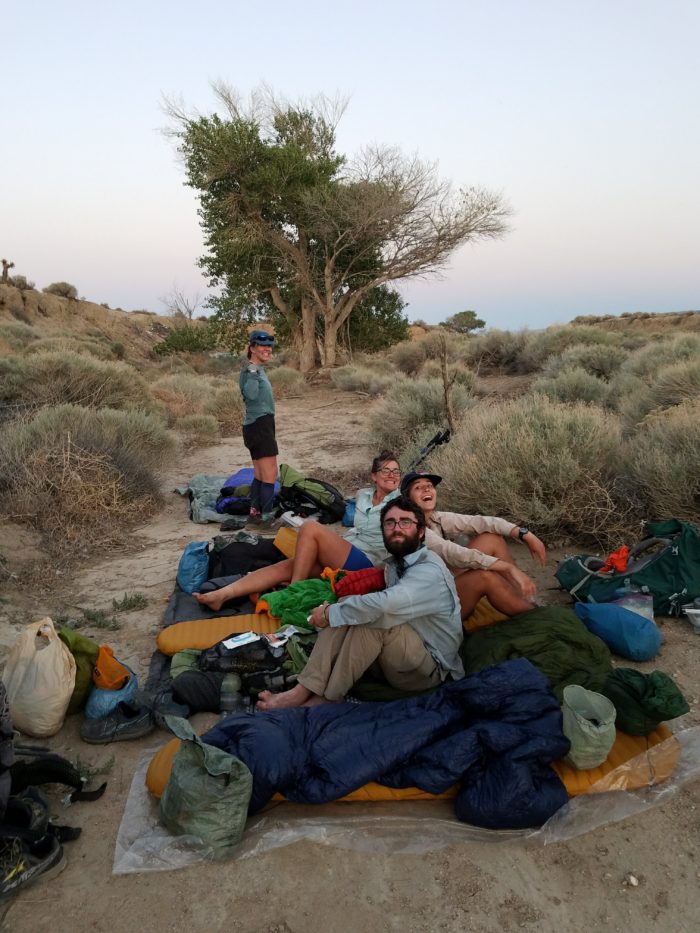 And we did. Up at 2:15 a.m., on the trail by 3. The aqueduct was a long, dark walk, in rain gear, puffy jackets, or both. But the stars were awesome, and the Milky Way was on full display. And, of course, plenty of kangaroo rats hopping around. 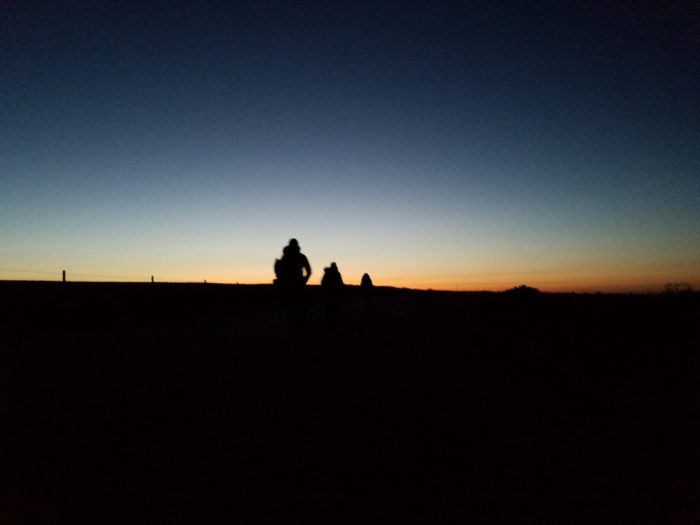 By 9 we hit 13 miles, so we slept under a bridge for a few hours, then pushed on. It was a long walk out of the wind farm, but kind of surreal and cool, and not hot. Some people do this in 100-degree heat. 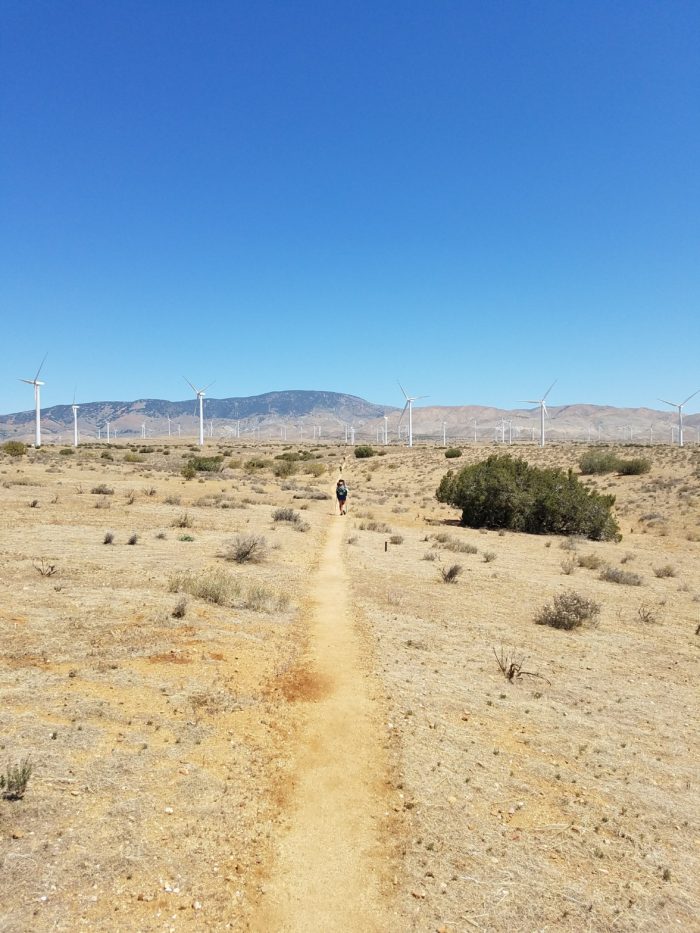 Twenty-three miles later, we were done, and despite having a third of a mile walk for water, we camped. It was a really nice spot, a nice reward for grinding out the whole aqueduct and wind farm. I grabbed water for Cherry Bomb and me, and we all had a nice restful evening, including second dinner. My strategic ramen reserve paid off. 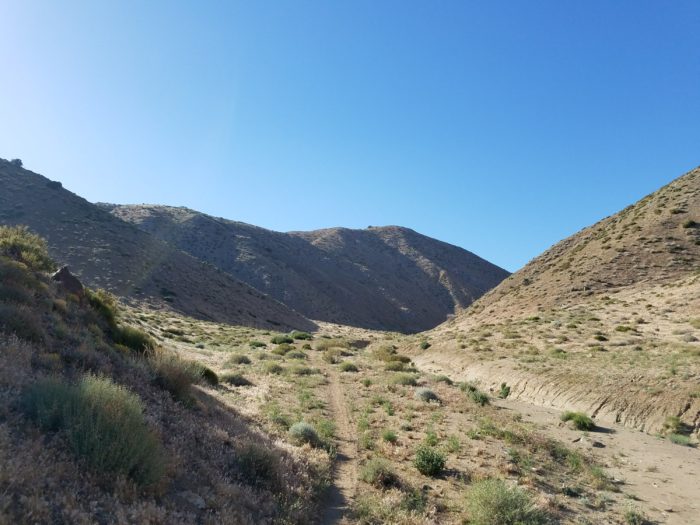 On the trail by 5:50 the next morning, waving goodbye to Painter and Scooch. 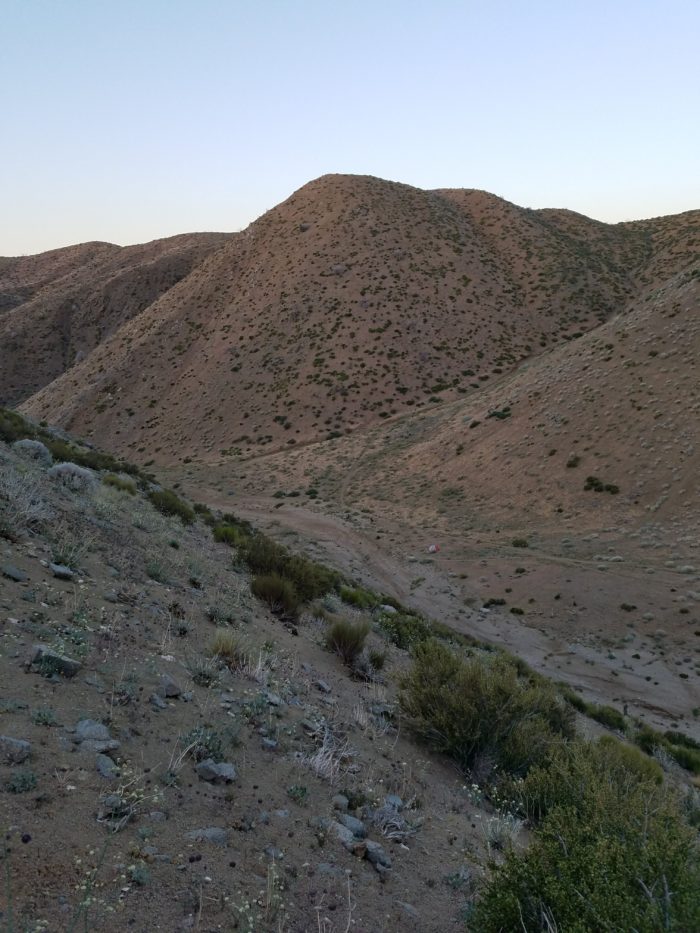 To Hike or to Skip

This last day posed a dilemma. At mile 558 there’s a road to Tehachapi, or you can do eight more miles to the highway. Many people hitch in at 558, and out to 566, and lose no sleep over it. I enjoyed the cache midway through the day. 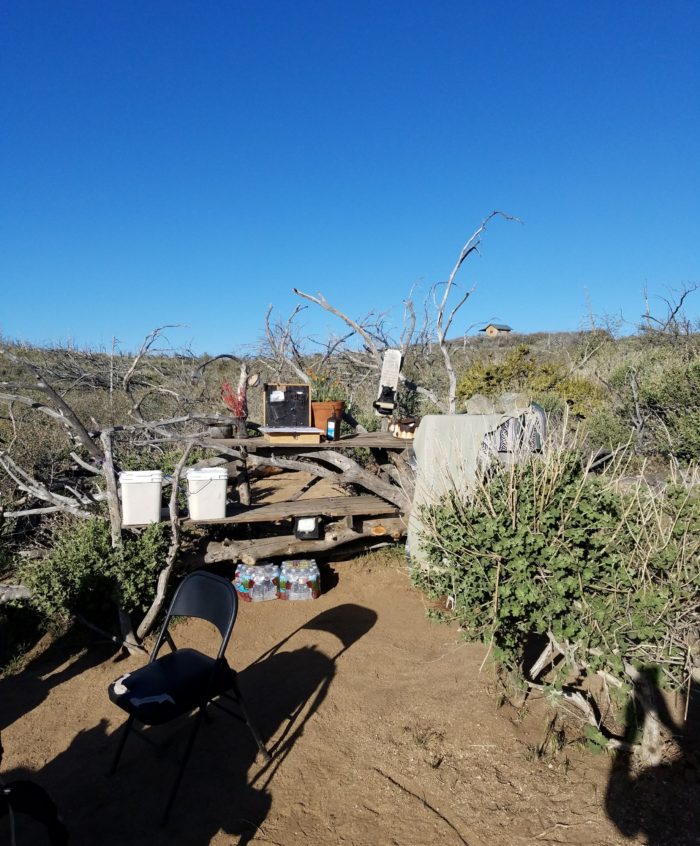 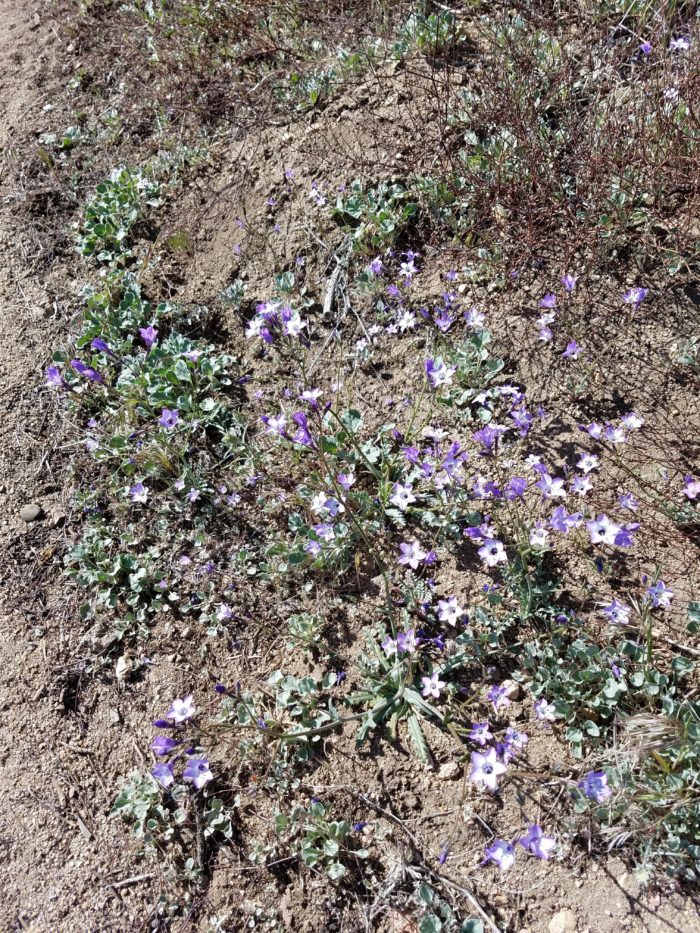 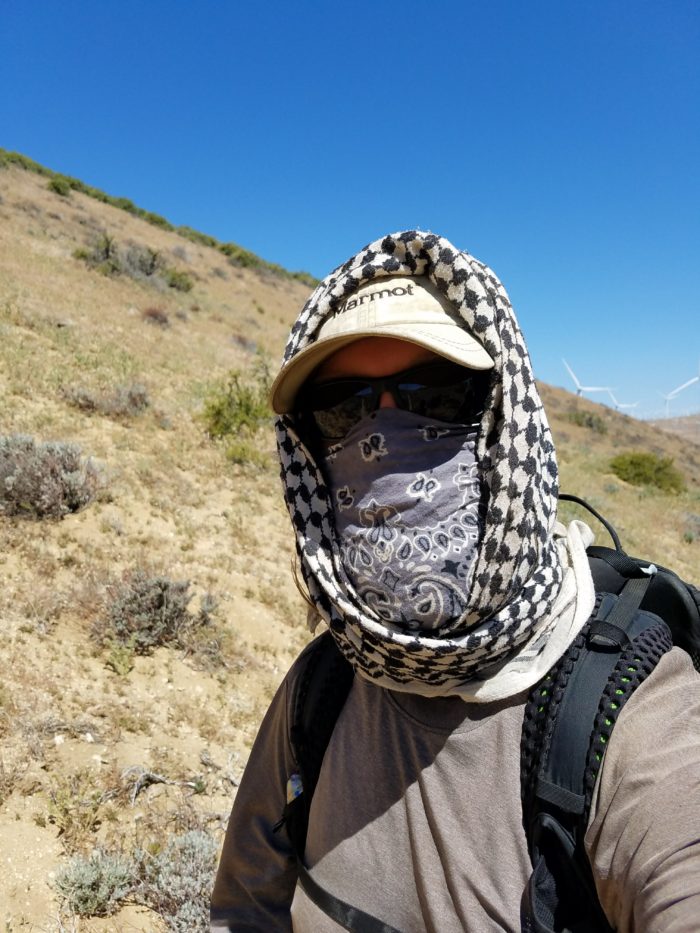 Of course, I packed enough water, and ended up doing the full eight miles. A good walk among the windmills. 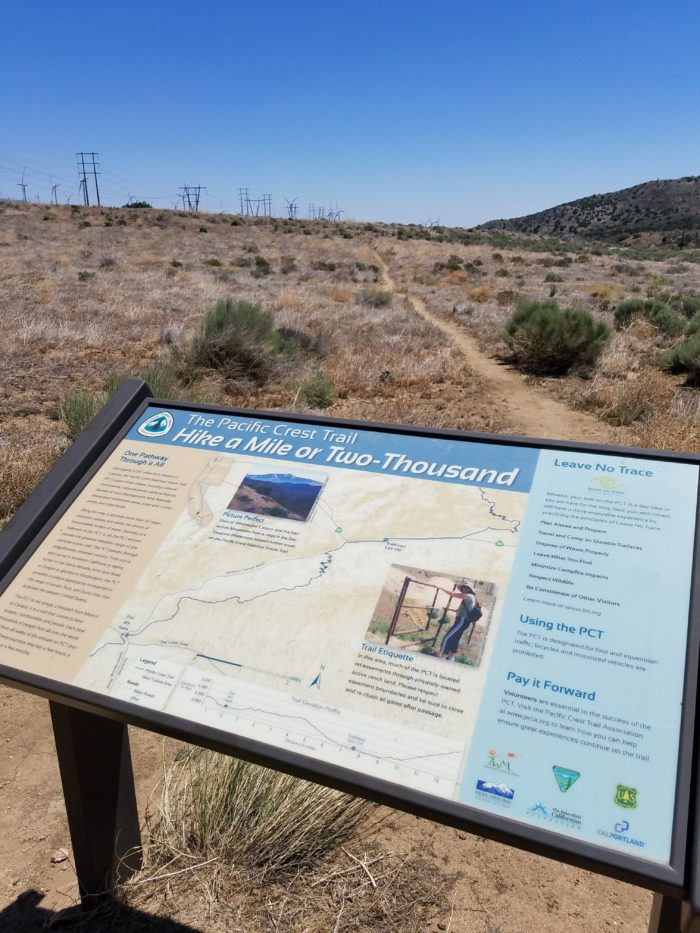 After some trail angel nonsense, I found a hitch, who also got me to the posts office, a miracle given its two-mile distance from town. We’re doing a full zero here, eating, napping, and resting our feet 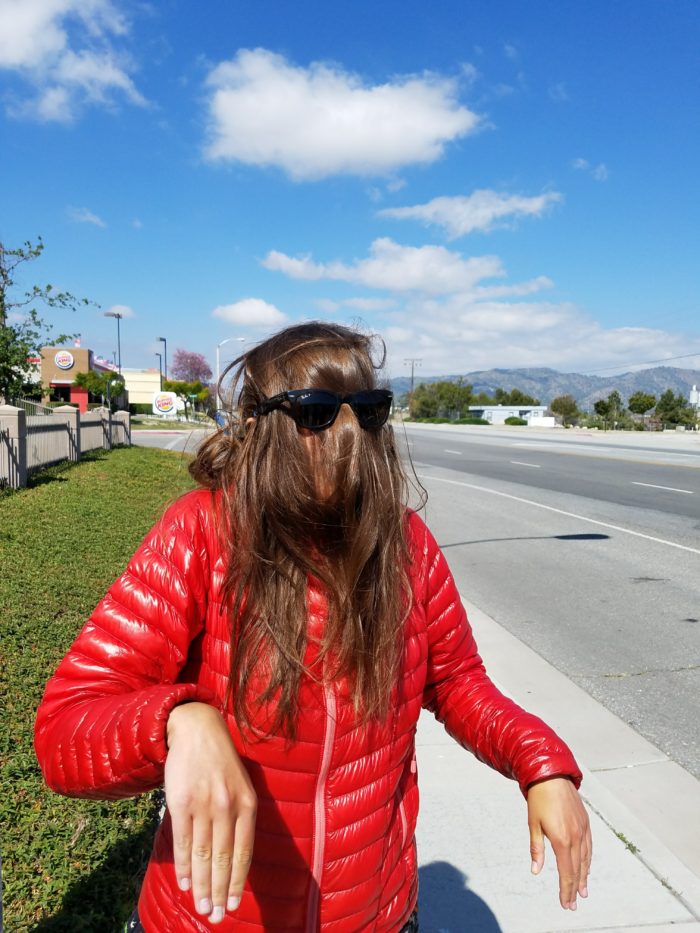 I’m getting excited about the end of the desert, and the increasing number of miles I’ve done. I’m starting to think it’s safe to consider that I might finish. So far the feet and legs are good, and the blisters manageable. Outside of some fatigue, and occasional hangry trail depression, things are good. I haven’t lost much weight yet, either. Things are also good on the home front, so its really just a matter of me doing the work and grinding it out. I haven’t even planned past mile 900, but that’s coming up soon.