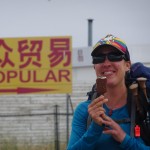 It was a fairly gray, overcast morning with a hint of blue sky hiding behind the clouds as I started my hike for the day. I came to an open clearing and there it was, a light haze of a rainbow. I smiled at the sight and plopped down to eat my breakfast of overnight soaked oats, raisins, and nuts. I snapped a photo and watched as the kaleidoscope of shades deepened a bit more. 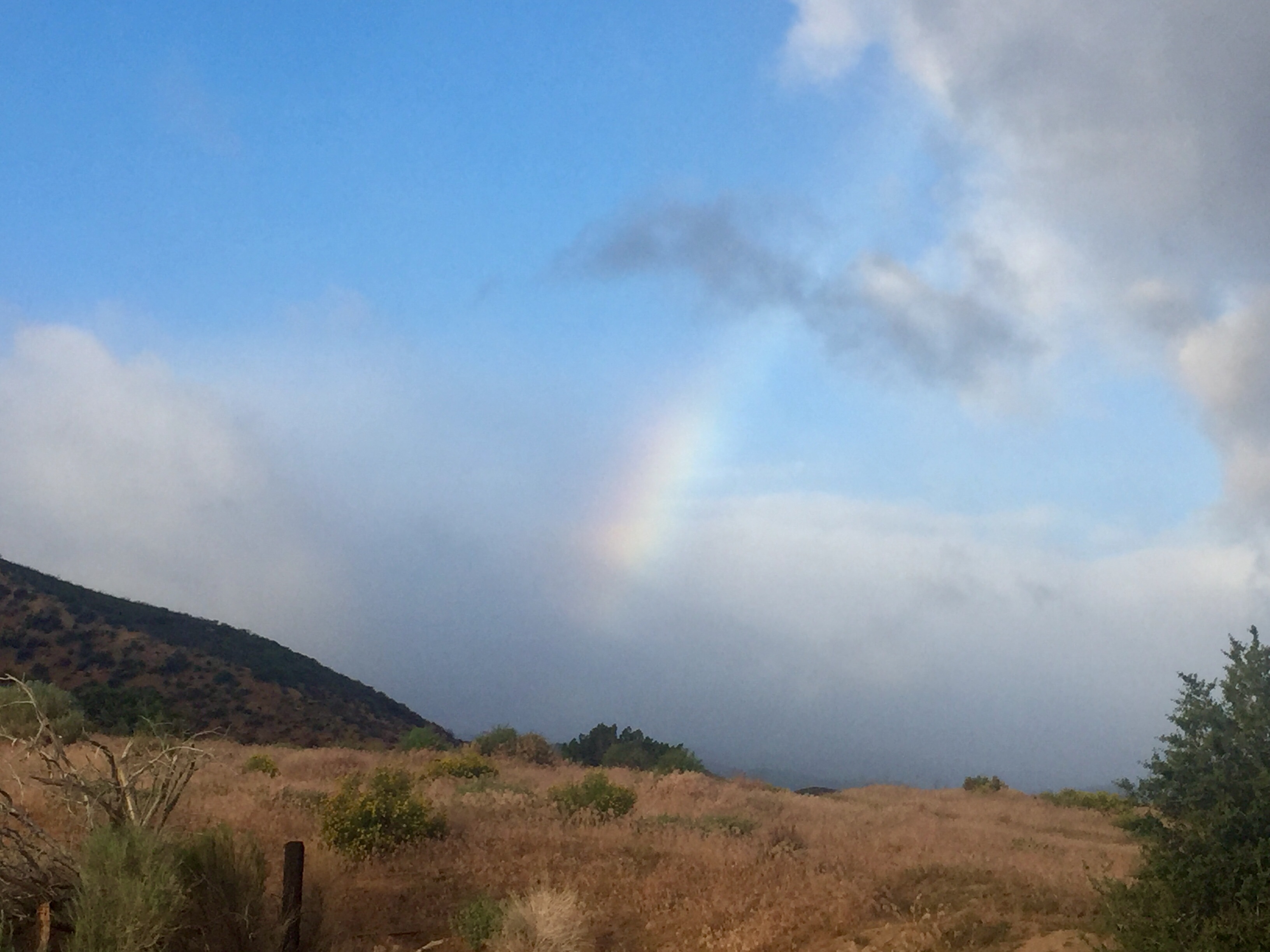 My first glimpse of the rainbow.

After my good ‘ol breakfast of champions, I threw my pack over my shoulder and began walking again. Rain was in the forecast, and suddenly it began to fulfill that order. It was a sun shower for quite some time, with the rainbow still there. Yet the rainbow morphed into richer colors and even extended into a double rainbow as the rain got harder. I became intent on it as I got closer, chasing it, wanting to reach the end of the rainbow, wondering what would be there. 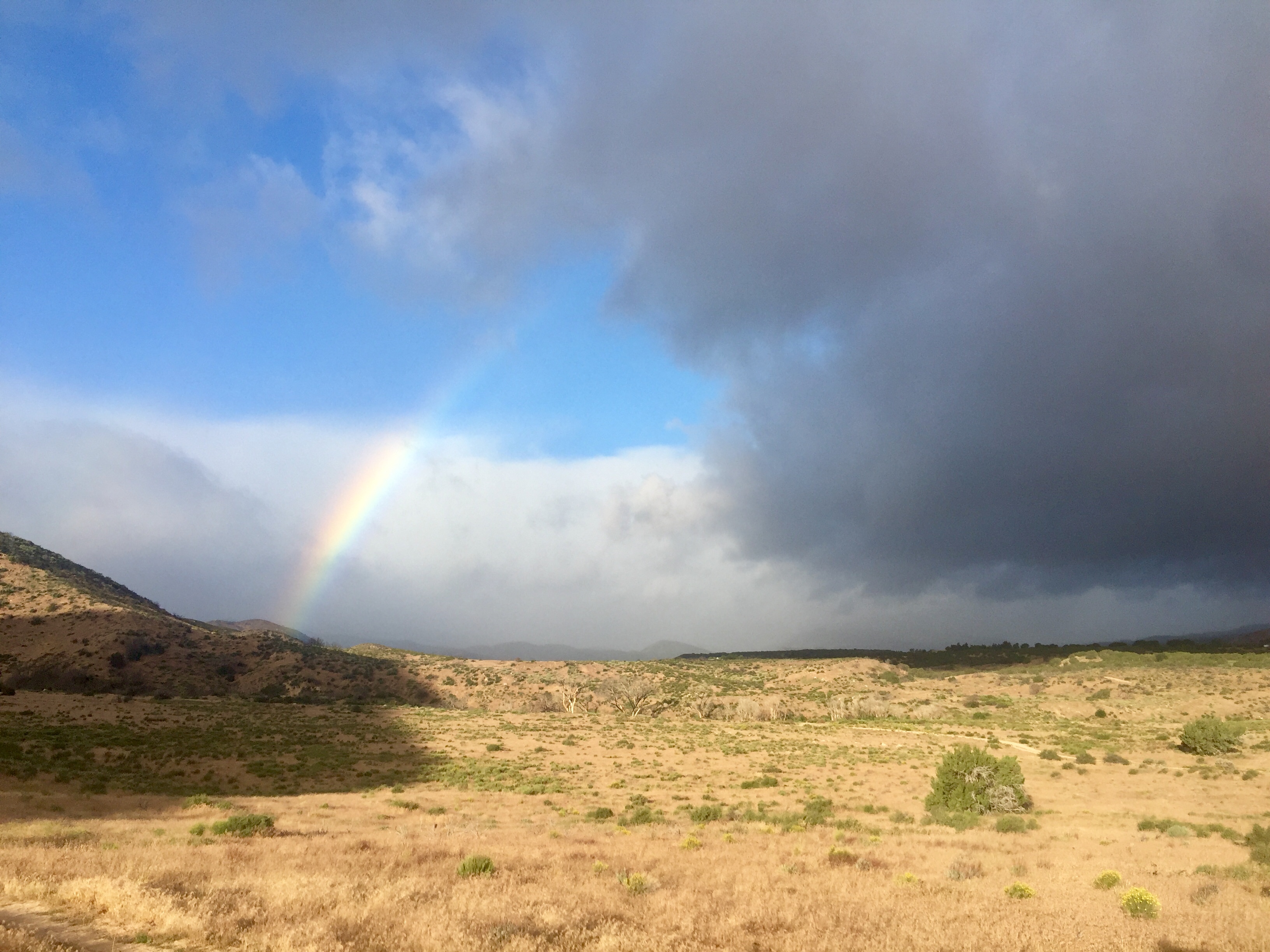 There’s light and dark on the trail, that’s for sure.

What is at the end of the rainbow anyway, I considered as I slogged on in the rain.

For several hours that rainbow stayed with me through the rain. It kept me going, as I marveled at how spectacular it was. I let go of the need to chase it and get to the end. Maybe there is no real beginning or end anyway, with life being just a continuous arc of flow, a string of moments.

Maybe life’s really about that cup of coffee with a dear friend. That curious first kiss. A breathtaking sunrise on the way to work. Lilacs in spring. The sound of his sultry voice when he leaves a message.

Or this freaking amazing day on the PCT sharing time with a rainbow. 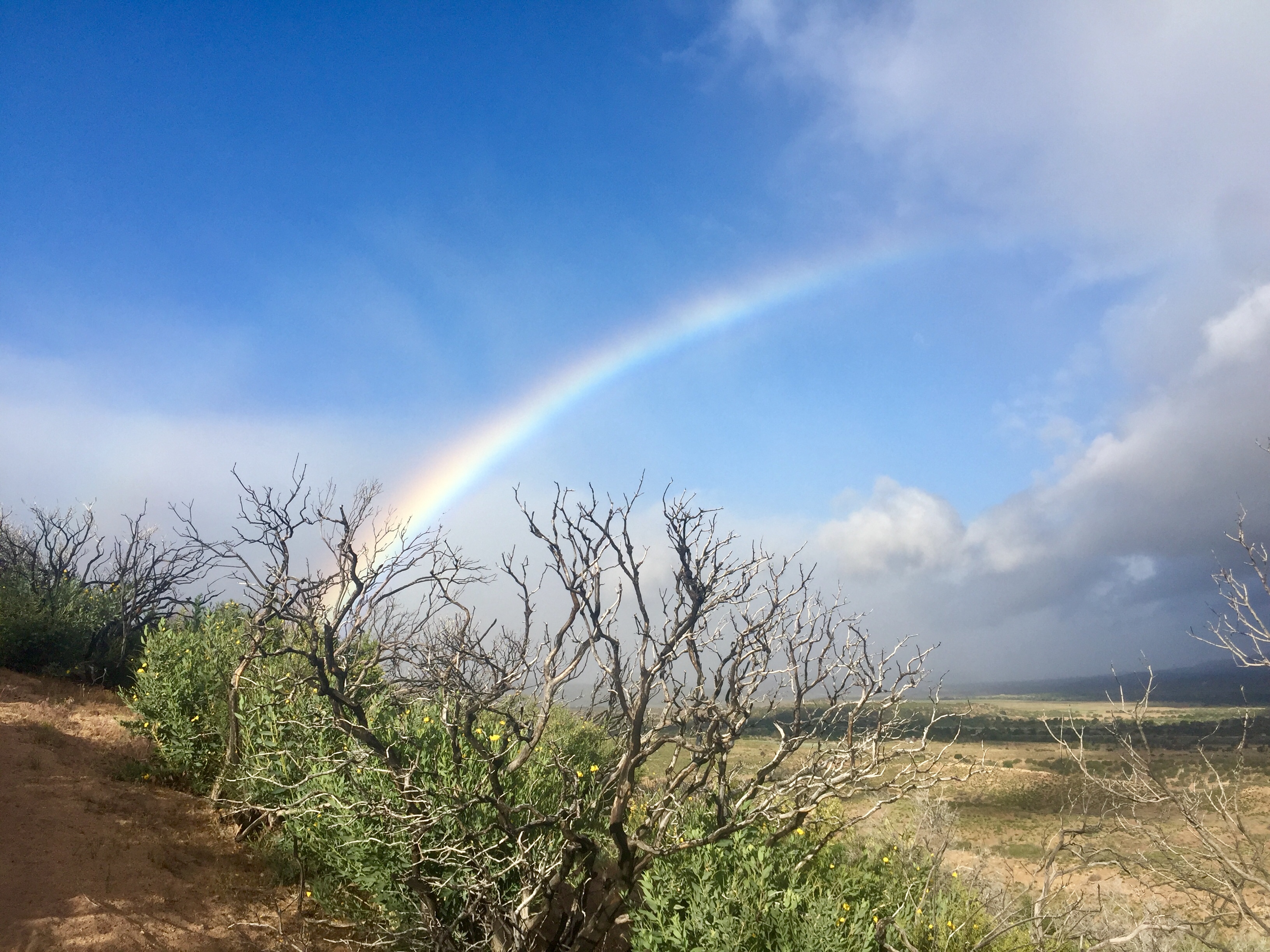 In Spanish, the word for rainbow is ‘arco iris.’ I’ve always liked that description.

I’ve been on the PCT for 25 days now and I can barely remember a distinct beginning; this just seems like my life. And I don’t really want to think about the end. I’ll take all the filling between, like the cream of an Oreo cookie. 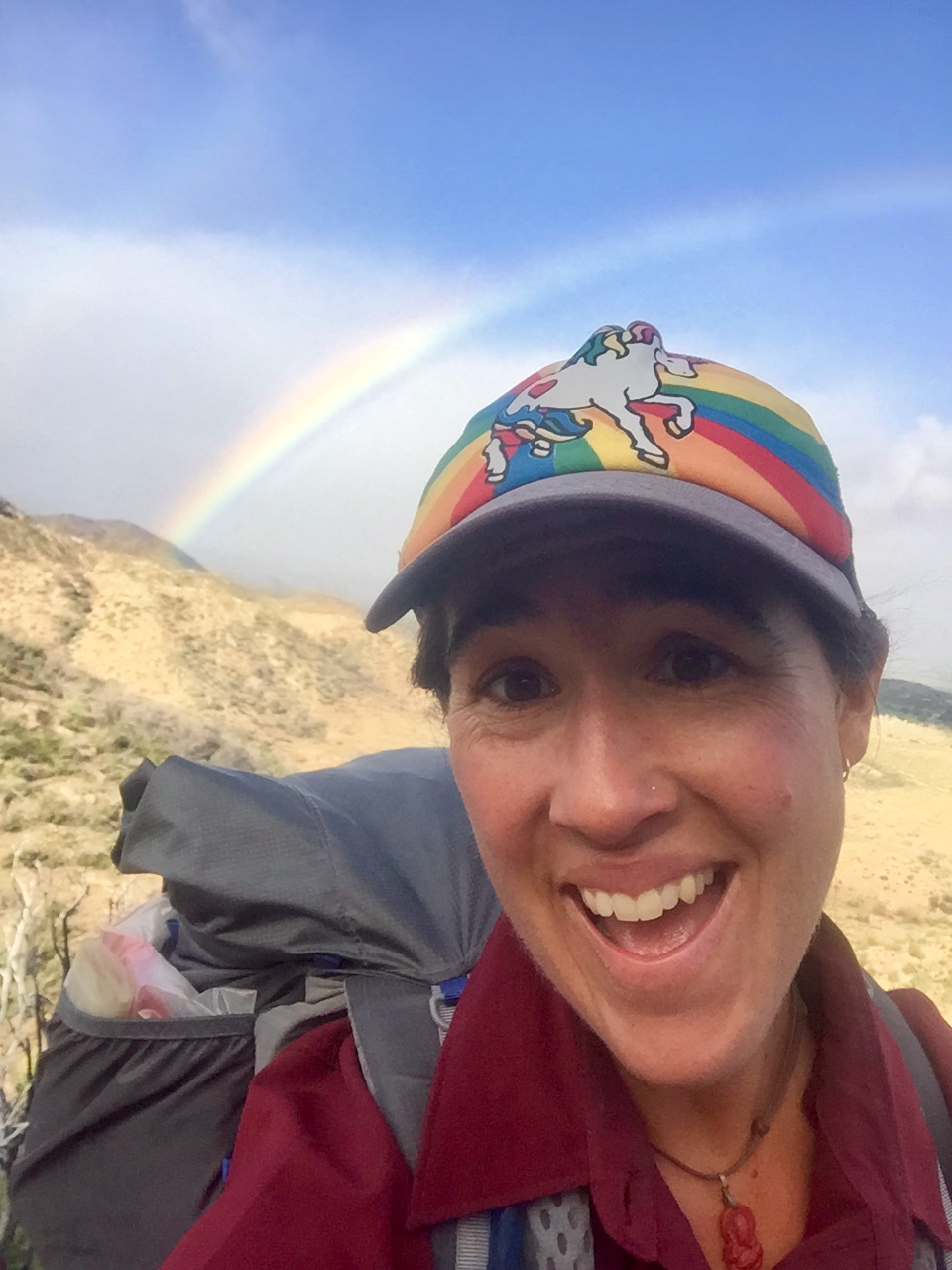 My hat matches the rainbow!

I’ll take the highest arc of the rainbow.

Hola! My name’s Heather (Trail name ‘Daya’) and I’m a sweet and sassy blend of global traveling yoga teacher meets Hiker Trash. I’ve hiked mucho miles in Nepal, India, Morocco, SE Asia, Central/ South America, and Europe. I’ve also probably eaten just as much ice cream as I’ve walked miles. I thru-hiked the AT in 2016 and I’m stoked to be hiking the PCT this year! Read more about me and my writing at: www.wanderyoga.com