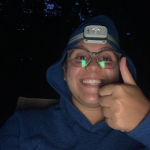 Oregon’s Eagle Creek Trail (ECT), a popular PCT alternate in the Columbia River Gorge, reopened last Thursday following a three-year fire closure.  This is the second attempt at reopening the trail this year: flooding and landslides forced another closure just two weeks after the ECT’s initial reopening in January.  Several other trailheads have also reopened alongside the ECT, according to the US Forest Service. 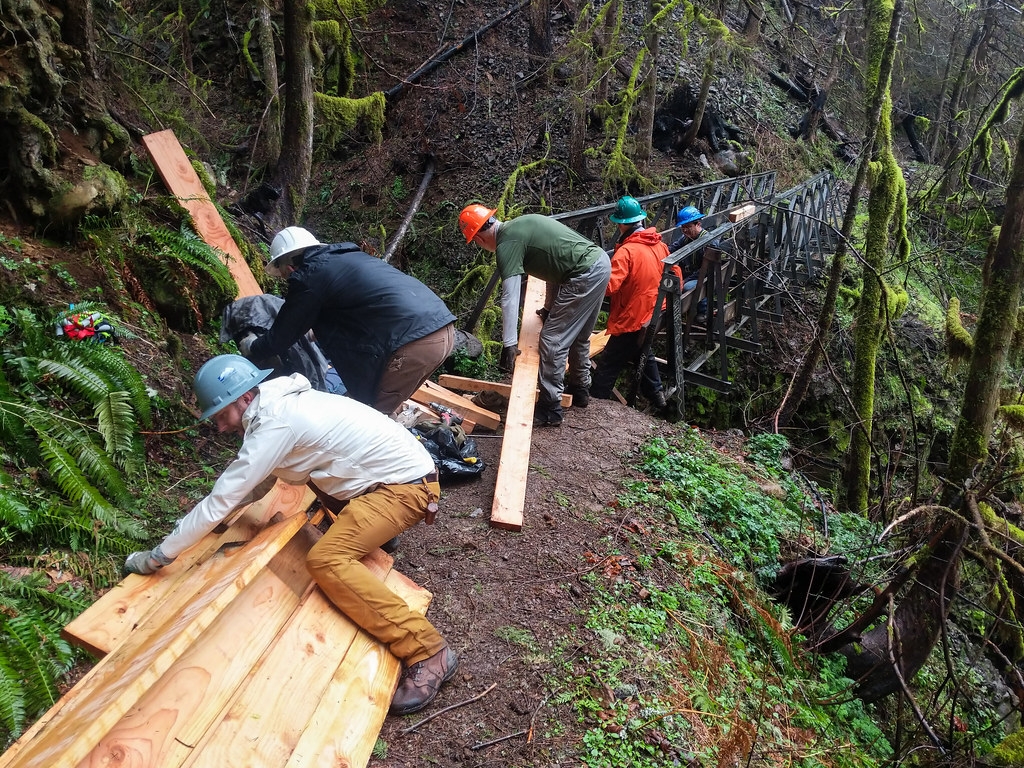 If you needed an excuse to take a hike in Oregon or start planning a PCT thru-hike (or thru-hike the PCT again because you didn’t get to see this route the first time), this is the perfect opportunity.

The 15.5-mile Eagle Creek Trail, which runs from Mount Hood to Cascade Locks, is a popular alternate route for PCT thru-hikers due to its unique scenery and beautiful waterfalls. Hikers can leave the PCT for the ECT at Indian Springs Campground (mile 2129) and rejoin the PCT in the town of Cascade Locks at mile 2148, immediately before crossing the Bridge of the Gods into Washington. The alternate route features abundant water and several tent sites.

Listed mileages are based on Guthook Guides: Pacific Crest Trail.

The Eagle Creek Trail originally closed in September of 2017 after a firework was thrown and caused a wildfire. Other trails impacted by the Eagle Creek Fire, including the PCT, sustained less damage than the ECT and were repaired and reopened relatively quickly.

Following extensive repair work by volunteer crews, the ECT was initially reopened in January of 2021 but had to close again just two weeks later due to a winter storm that caused landslides and trees to fall on the trail.   Wet winters are not uncommon in this region, and when tested, the repaired trail didn’t stand up as well as anticipated.

READ NEXT – Why You Should Give Back as a Trail Crew Volunteer. 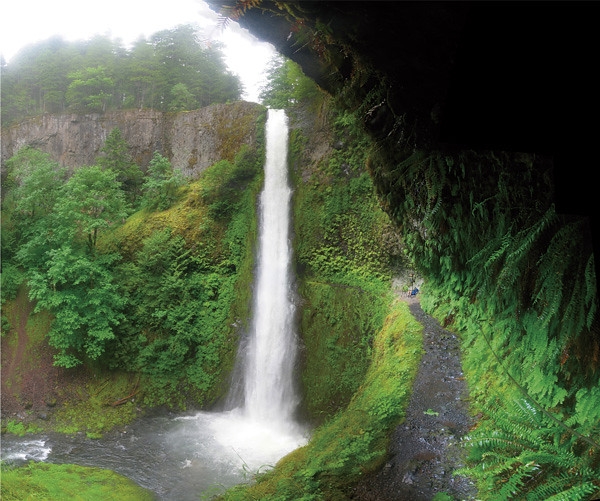 Just a few months after the landslide in February 2021, the ECT has been repaired again and is officially back open (hopefully for good). Keeping the wilderness safe and accessible for hikers is not an easy task: after the fire in 2017, there were fallen trees, burned bridges, landslides, and dangerous terrain.  The PCTA’s Mt. Hood Chapter broke down the numbers to show what it really takes to restore a trail after that much damage.

These numbers begin to tell the story of how big this undertaking was. Some sections of the Eagle Creek Trail had debris and rocks on the trail from landslides that needed to be cleared by hand. Volunteers also helped carry temporary planking onto the trail to replace the burned bridges. Some of these planks weighed up to 60 pounds and were carried by two people.

Other trails in the area, including Horsetail Falls, Oneonta, and Wahclella Falls, also reopened alongside the ECT on Thursday.

PCTA is always looking for volunteers both on and off-trail. Click here to learn more about volunteering with PCTA.

All images, including featured image, courtesy of PCTA.