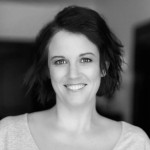 My first backpacking trip was a disaster.

My husband and I decided to tackle a 48-mile loop hike around the Three Sisters in Oregon, part of which overlaps the PCT. People who’d actually gone backpacking before called it a difficult hike. My husband, having done some overnight trips on the AT, tried to talk me out of it and into some shorter day hikes. However, I was stubborn and afflicted with OOH-SO-PRETTY syndrome. Besides, we had four days to do it. Only 12 miles a day! How hard could that be?

We made it three miles before calling it quits.

It was mid-July and unusually hot. In the first hour, I remember struggling to hoist my pack, struggling to climb a massive hill, and getting eaten alive by mosquitoes.

I carried a full three-liter water bladder, despite the plentiful water sources. Still, I didn’t drink enough water for fear of running out.

I carried a BearVault, despite being in an area where bear canisters are not required. You know, just in case.

I wore heavy boots, despite the pain they caused my feet. Because that’s what hikers wear.

I let my husband lead, even though I was the slower hiker. Every time I caught up with him, we pressed on because I didn’t want to admit how tired I felt. I never stopped long enough to rest, even though I desperately needed to catch my breath at times.

We didn’t even reach our first major trail junction before I felt defeated, dehydrated, and depressed.

This Is the End

I struggled to catch up to my husband on top of a hill, only to see a much taller hill in front of us when I arrived. My psyche crumbled. I sat down in what little shade there was, seemingly unable to take another step and dumbfounded that we’d only come three miles.

Despite being clearly out of my depth, I wanted to press on. I agreed to turn around to backtrack to a campsite we’d passed about an hour earlier. I was sure that after a good night’s sleep, I’d be ready to resume our original plan in the morning.

As we packed up the next morning, my pack’s zipper pull broke under the strain of a closet’s worth of clothing, a bear canister, and a bunch of other unnecessary things. (I chose my pack during an online clearance sale. It had a zipper that ran vertically the whole way up the front.) Thankfully, the zipper itself appeared it would hold, but we decided to hike back to the car.

I felt like a failure. I walked silently, crushed by the weight of my own expectations. We stopped by the lake to take a picture. I can still see the disappointment on my face every time I look at it.

Disappointed as I was at the time, my first backpacking failure was also my first successful overnight backpacking trip. We packed, we hiked, we set up camp, we made dinner, we slept, we broke down camp, we left no trace, and we didn’t die.

My first trip also taught me that the thing that’s most likely to get me into trouble in the backcountry is my own stubbornness. Since then, when I’m in the backcountry and find myself considering taking a risk rather than changing my plans, I ask myself why I’m hesitant to adapt. If the answer has anything to do with pride, it’s probably time to adjust and find a better way. It’s perhaps one of the most valuable lessons I’ve learned, and I’m glad I discovered it early.

If at First You Don’t Succeed

Two years ago, I set out to hike the same loop around the Three Sisters, solo this time. I’d traded the bear canister for a stuff sack, the water bladder for a couple of Smartwater bottles, and the heavy boots for a pair of well-loved Altras.

I knew I had prepared much more thoroughly for my second attempt, but I still had the massive hill in my head. I slowly ascended the first couple of miles, waiting for it to appear. I reached the lake and realized that the massive hill of my memories didn’t exist. I’d breezed right up and over it without noticing. That feeling of growth alone could have propelled me the next 46 miles. Four days later, after passing through some of the most beautiful places I’ve ever seen (Obsidian Falls, anyone?), I completed the loop. I’ve been on longer hikes since then, but the joy of finishing that trip that I’d started years before stands out above any other so far. I’m so excited to get to that section of the PCT this summer and revisit those memories again.

I'm Stephanie, a mid-career Pacific Crest Trail thru-hiker. I grew up on the Appalachian Trail, equal parts fascinated and scared of the weird and smelly people who passed through my tiny western Maryland hometown every summer. Now, here I am, excited to be part of the weird and smelly PCT Class of 2020. Ten-year-old me would be, like, so totally grossed out.