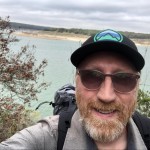 Five Decades of Learning to Walk

I have always been the epitome of grace and coordination, as long as that epitome is lying face down on the trail with a twisted ankle and skinned knees. Also, my wrist hurts.

My walking experience began as an infant, as I expect most do, and I’ve been working on it ever since. I quickly progressed from crawling to walking to falling to falling while walking to falling off bicycles and ladders and horses and mountains, to the advanced level of being able to somehow fall while sitting on the couch. I seem to have plateaued after that.

My family uses words like “klutzy” and “accident-prone” when describing my skills to emergency room staff.

What’s Gotten into Me?

I got a little taste of fame when Chaunce read my email at the end of Episode 30 of Backpacker Radio (the email was about doing the PCT without hitchhiking, starts at about 1:48:20, roughly). That moment of epic glory convinced me to pursue global renown by blogging for The Trek. Shield your eyes, kids, my star will be super-bright, unless I can figure out the red light setting on this thing. (Pretty sure it’s two quick clicks and then click and hold. Thanks, Black Diamond.)

How Did I Get Here?

I’m an older, wiser, cat-hoarding, tree-hugging, hippie vegetarian. I currently work in a cubicle farm with an obscene number of telephones and computer monitors. 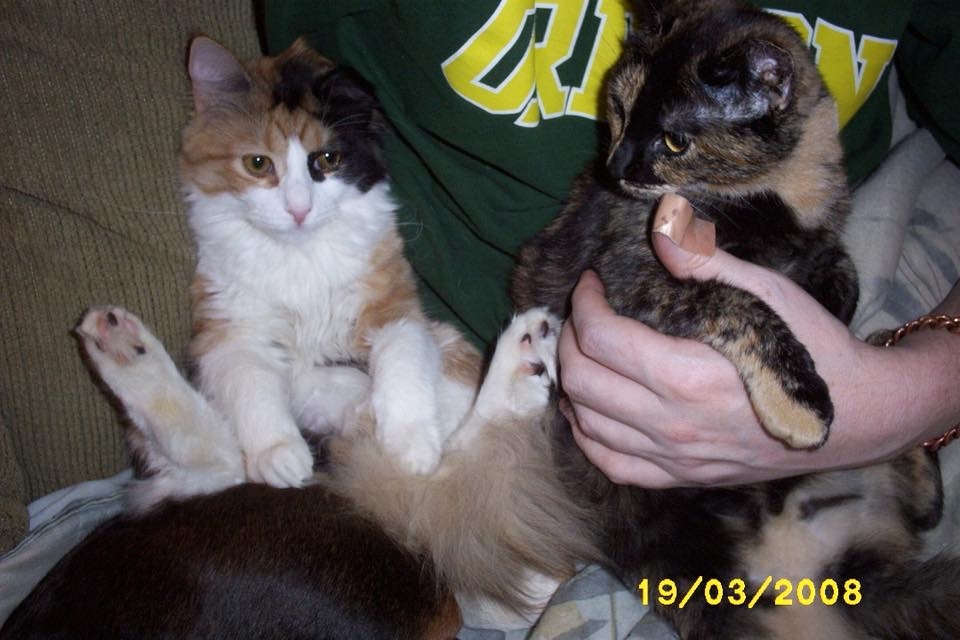 The nerds as babies.

The short version is that I first learned of the AT from a PBS(?) documentary about 35 years ago, and it sounded great! Except for the crowded shelters, humidity, ticks, rain, rocks, PUDs, biting flies, norovirus, flooded trails, and the whole eastern time zone thing.

Therefore: PCT for me. All those YouTube videos have convinced me it’s basically the opening scene from The Sound of Music all the time, and dammit, I intend to twirl in some fields of flowers. Repeatedly.

The longer version: I grew up in the backwoods of Montana, about 40 miles from Ted Kaczynski’s front door. We lived outside as much as possible, when there wasn’t six feet of snow or raging wildfires. We hiked and camped and hunted and fished. It was like living in an issue of Outdoor Life, complete with humorous adventure stories by Patrick F McManus (my literary idol).

We used to go camping by rolling up our ten-pound sleeping bags from Sears into their smallest form, which was about the size of a keg of nails, tying it to the handlebars of our one-speed bicycles, shoving a can of Coke in one pocket and a Snickers bar in the other, and then riding out of town and sleeping under some random trees. When you’re a 12-year-old boy, you’ll go to great lengths just to be able to build a fire and pee outside. And sometimes pee on a fire.

Those sleeping bags, we learned, had a survivability rating of about 65F, and were filled with mosquito attractant and the stuff they use to make firecracker fuses. Important tip: Keep them away from open flames, especially when they’re occupied by your body. Also learned was that young boys themselves attract every creeping horror to ever terrorize people in the great out-of-doors. Nights were spent wide awake, listening for the approaching footfall of the next unspeakable nightmare determined to inflict a painful death upon us. We slept a total of about 173 minutes that first decade outside.

Fast forward to the mid 1990s, when I spent two weeks in the backcountry of Alaska with a 65-pound pack. No resupply. I literally carried an entire loaf of bread for sandwiches, a 35mm camera with an extra lens and ten rolls of film, 20 ounces of white gas, a fresh white cotton T-shirt, and underwear and socks for Every. Single. Day. of the trip. I actually had a dedicated mesh bag just for dirty clothes. I weighed in at about 140 pounds soaking wet, and the backpacker’s guide I read said that one could “reasonably carry up to 40% of your body weight on your back.” My 125 liter pack weighed eight pounds, empty; that was 6% of my body weight right there! It was 1,000 denier Cordura top to bottom, with a two-inch-wide aluminum stay and two more wire loop things to shape it and a framesheet and probably some hydraulics I never bothered to learn about. I could have packed a healthy teenager with an Xbox and monitor in that thing. We encountered moose, bear, bald eagles, glacier-fed river crossings, and some kind of mutant mosquitoes that were obviously raised far too close to a nuclear reactor. Many, many stories and fond memories of that trip.

And my last great adventure is 20+ years behind me. I’m wallowing in nostalgia, instead of making new memories.

One of my friends, my age, that I worked with for years died at his desk. Literally fell out of his chair and died on this foul f-ing carpet in a call center on a Monday morning. My father and my older brother died within months of each other a couple of years ago. Another work friend of mine died in his bedroom and his roommates didn’t notice for three days until we called to find out why he wasn’t at work.

I’m not trying to bum you out, I’m just giving you the scope of horror that it takes to blast me out of my routine. My rut. My laziness.

So, in 2017 I decided to climb Mount Kilimanjaro. Got right to the deadline to make the final payment and changed course (chickened out). Opted for  a longer, less-expensive trip with a much lower risk of death.

Finally, in March of this year (2019), I took that trip. I used the passport I’ve had for 25 years for the first time. I charged my Fitbit and traveled 52 hours to Kathmandu to meet two hiking partners and our guide. We spent ten days hiking through the mountains of the Annapurna Sanctuary. I ate new foods, I didn’t drink the water, I saw a yak, I used squat toilets, I hiked until my legs were numb. My biggest day was 14 miles and 286 flights of stairs (try to use a squat toilet after that; I dare you). I’m old, slow, and paunchy, but I proved I can climb mountains all day for nine days in a row. Day ten was all downhill and I almost died from the pain in my knees. 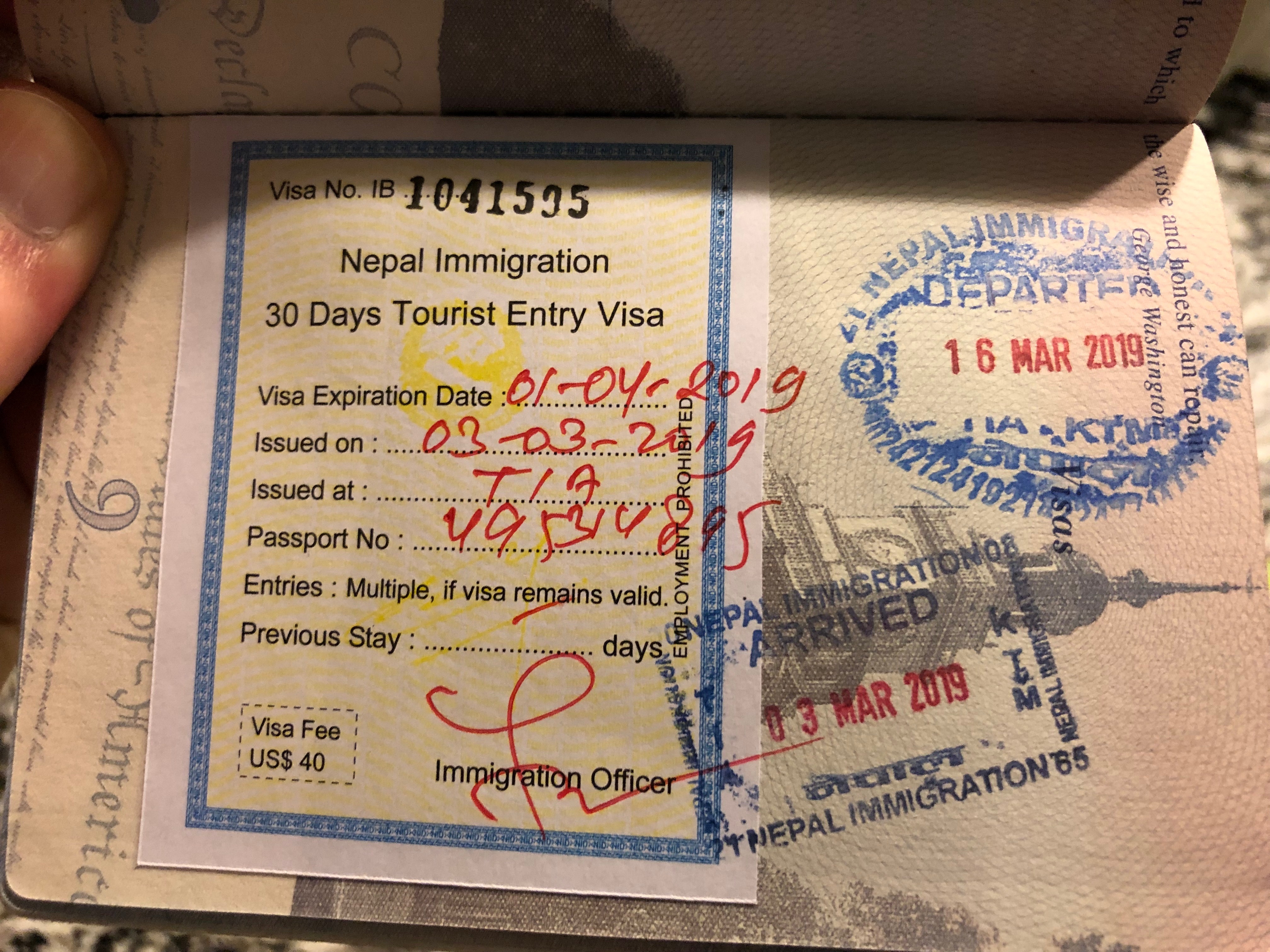 I went there, I did the thing.

Basically, I used the Himalaya as a warm-up hike for my soul, my courage.

That trip, that adventure, that 100 miles of stairs in Nepal, was the final push I needed to commit to the PCT.

This is the milepost that will mark the start of the second half of my life.

Broken bones (arm, wrist, ribs, so many toes) and surgical repairs (couple of knees, couple of shoulders, sinuses, assorted stitches and whatnot) aside, I’m in remarkably good shape for a 127-year-old man. For a 51-year-old man, not so much. I have a fantastically inconvenient collagen disorder that gives me bad connective tissue and a veritable encyclopedia of side effects. I made the decision long ago not to blame everything in my life on my Ehlers-Danlos Syndrome (Typical, formerly Type III) Classic Hypermobility, although it’s definitely a contributing factor at times. You can look that up if you’re incarcerated with nothing else to read. Spoiler: The bottom line is “Highly prone to dislocations and subluxations with incipient tissue damage.” Blah, blah, boring.

Also, I only have one kidney, because apparently Lucy was working on the assembly line that day.

I’m hiking the PCT for all those things.

Adventure. Challenge. Meditation. Reset. The simplicity of walking. Fear of my own mortality. Love of nature and this fascinating little ball of dirt we’re all flying through the universe on.

I am a overly emotional old man with a bladder to match, so I’ll be leaking from one end or the other pretty much constantly. I expect my trail name will be Waterworks.

I’m OK with that.

Brevity Is not My Strong Suit

Thanks for hanging in this long.

I’ll see you on the trail.