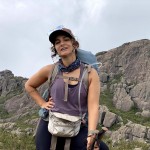 From Brazil to the PCT

I am Lara (for now) and I am from São Paulo, Brazil. I am a yogini, an artist, a writer… but mostly a vagabond and I am going to hike the PCT this spring. I have a thing for starting stories from the beginning, and sometimes the beginning is at a random place of the past, so bear with me for a while, I promise to keep it fun.

The longing for walking

Well, once upon a time my cousin did the Camino de Santiago de Compostela, which, for those of you that just came out from under a rock, is an ancient pilgrimage trail that goes through Spain (and some pieces in France and Portugal as well). He did about 900km in 30 days and came back telling the tails of life on foot. I immediately fell in love with the idea, but alas, I was just starting out at college and didn’t have much time to spare, so it went to the back of my mind. One beautiful day of autumn (just kidding, I have no idea what day it was) I went to the cinema with a friend to watch this new movie that came out called Wild… I guess you sense where this story is going. Now, before you go all judgy judgy on me, keep in mind I am from Brazil: I didn’t know the PCT and it introduced me to this world, but I wasn’t immediately taken by the urge to throw myself into the wild. I thought it was cool but a bit much (you see, at the Camino you sleep at hostels, there are showers and restaurants and all). But it did make me want to go outdoors more, so this same friend and I started planning little backpacking holidays every now and then. 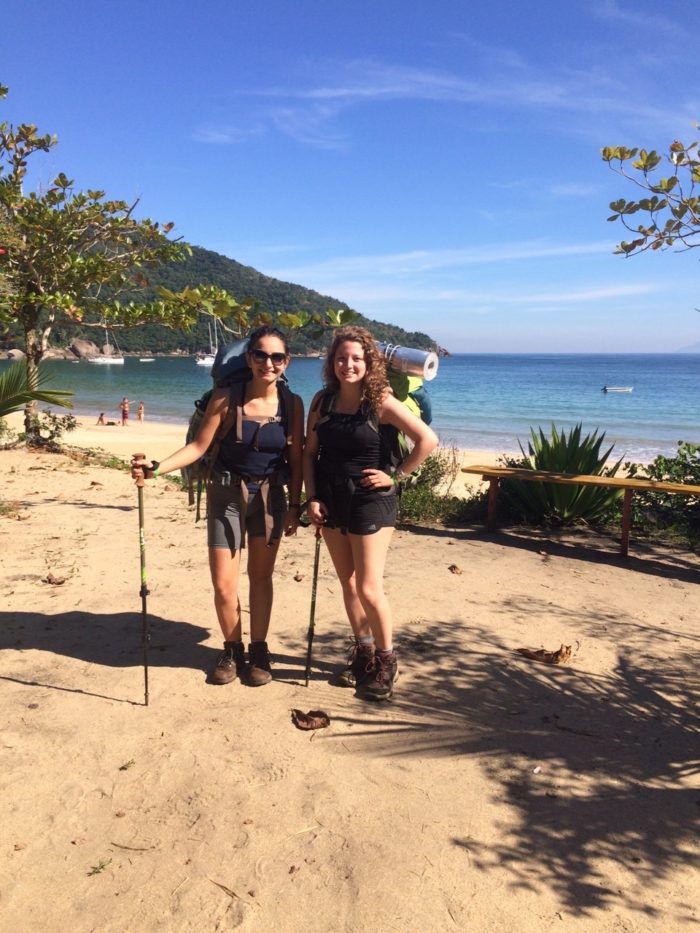 The years went by, I finished college, got a job I hated, got another job I hated, had a long-distance relationship, had another long-distance relationship (screw those), and when I didn’t know what else to do with myself, I decided to get a master’s degree abroad. I lived in London for a year and absolutely love it there, but guess what? I hated the master’s too (maybe hate is a strong word… or maybe not, I don’t know). The point is, I spent many, many, hours procrastinating online. One day I landed upon a video of a family of eight hiking the AT and it brought back to my mind the Camino and especially the PCT. I dived headfirst into the algorithm and found every thru-hiker the YouTube had to offer. Soon, one month on paved roads through villages was not enough, I needed to move into the backcountry and walk until I thought of anything better to do. I wanted to wake up every day with a clear goal, and a clear path to reach it – having nothing else to do besides putting one foot in front of the other (oh, the trail is the perfect metaphor for life, is it not?). In 2018 and 2019 this was all I could think about.

Every day, on my way home I stopped at Cotswolds Outdoor or Ellis Brigham and browsed for a while. One day I bought a buff, the other a water bottle, then some rain paints, a stuff sack, a fleece, an ultralight sleeping mat, some trail runners… and, well, I needed something to do with all that. I found out a friend of mine was going to the Highlands to walk the Great Glenn Way (crossing Scotland from Fort William to Inverness – about 78 miles), and I tagged along. It was short enough so I wouldn’t hurt myself due to lack of training, but long enough so I could feel the kind of stress I was putting on my body. By the end of the week, I developed a very painful plantar fasciitis. I blamed the trainers, but maybe it was just me, so I knew that if I planned on doing that for 5 months, I had to prepare myself. 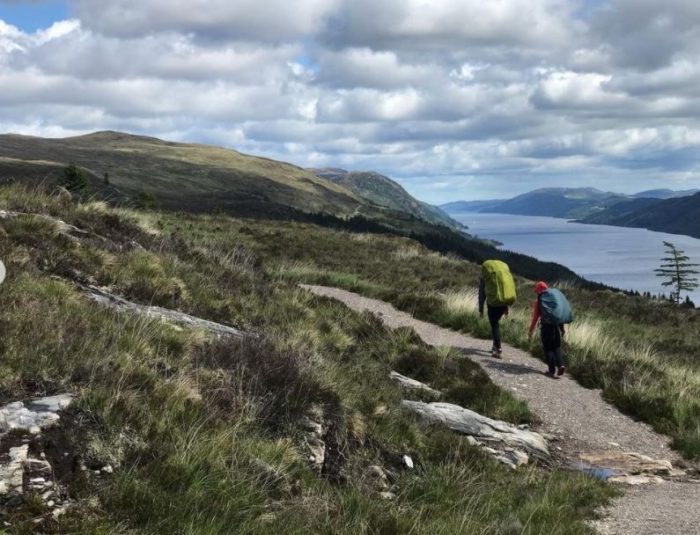 Should I stay or should I go

My initial idea was attempting the PCT in 2020, but hell broke loose in the world – and in my life as well. When the PCTA announced permits would be released for 2021, I screamed a little and set an alarm on my agenda for January 19th at 10:00 am pacific time. I didn’t know then if I would do it, or if I should do it, if it was the right time, there is a pandemic, am I running away from my problems and all of that train of endless self-doubt – but in my heart, it was decided (you know, I’m 29, that list of things to do before 30 must be dealt with now). January 19th arrives, and it turns out I am not very tech-savvy and did not think about opening eight browsers to get a good position in line. My number, you ask? 9165. Yes, you read that correctly. I resigned my hopes and surrendered to the fates of the gods as I patiently waited until my turn in line. After about one and a half hour, the line started moving very quickly, and I figured it was because there weren’t any good spots left. About two hours in, I was up. My heart jumped and I could barely read anything – I just pressed next until I hit the calendar and went to April and it was mostly red but to my surprise, there was an orange date towards the end I clicked on it next name address I don’t even know what I wrote down I just didn’t want to lose the date and ok finished I got a date! I got a starting date! A good one too! Is that right? April 27th, not too late, it was perfect actually, time enough to turn in my taxes in Brazil before retiring from the bureaucratic life for a while. I could barely believe in it, in fact, I only fully believed in it yesterday, after my permit was officially issued. PCT class of 2021, here we go (if all havens bless our planet and the Government of the United States allow my entrance).

Since it was a bit of a last-minute decision I haven’t been training much, so for the next 84 days (but who’s counting?) I plan on training, doing some shakedown hikes and organizing my gear – I have lots to buy still. Also, there is a life here I must square down before flying out. I just hang up the phone with a trainer who is going to help me out, and yesterday I went to the orthopaedic doctor to make sure my feet and knees are in order. I am super excited, and I am looking forward to sharing this trip and all that lead up to it with all of you!

Thank you for bearing with me, next up I am going to share my first training trip and all I learned with it this last weekend.

I am a Brazilian small-town girl that has fallen in love with this crazy world. All my life I have wanted to live a big adventure, and the PCT seemed like the perfect one! I am looking forward to sharing all about this journey with you.