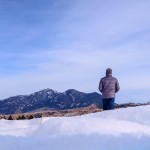 Full Measure: The Road to Campo

I wake from a light sleep almost two hours before the alarm on my phone is set to go off. I’m not surprised by this. Anticipation has been building steadily within me for days. I figure my body knows that last bit of rest is unnecessary.

I should have more than enough adrenaline to get me through this day.

I climb out of bed and turn on the lamp, doing my best to remain as quiet as possible as I move around. Though I have a private room, three days in this hostel has taught me that noise travels with ease here, and I don’t want to disturb anyone at this very early hour. 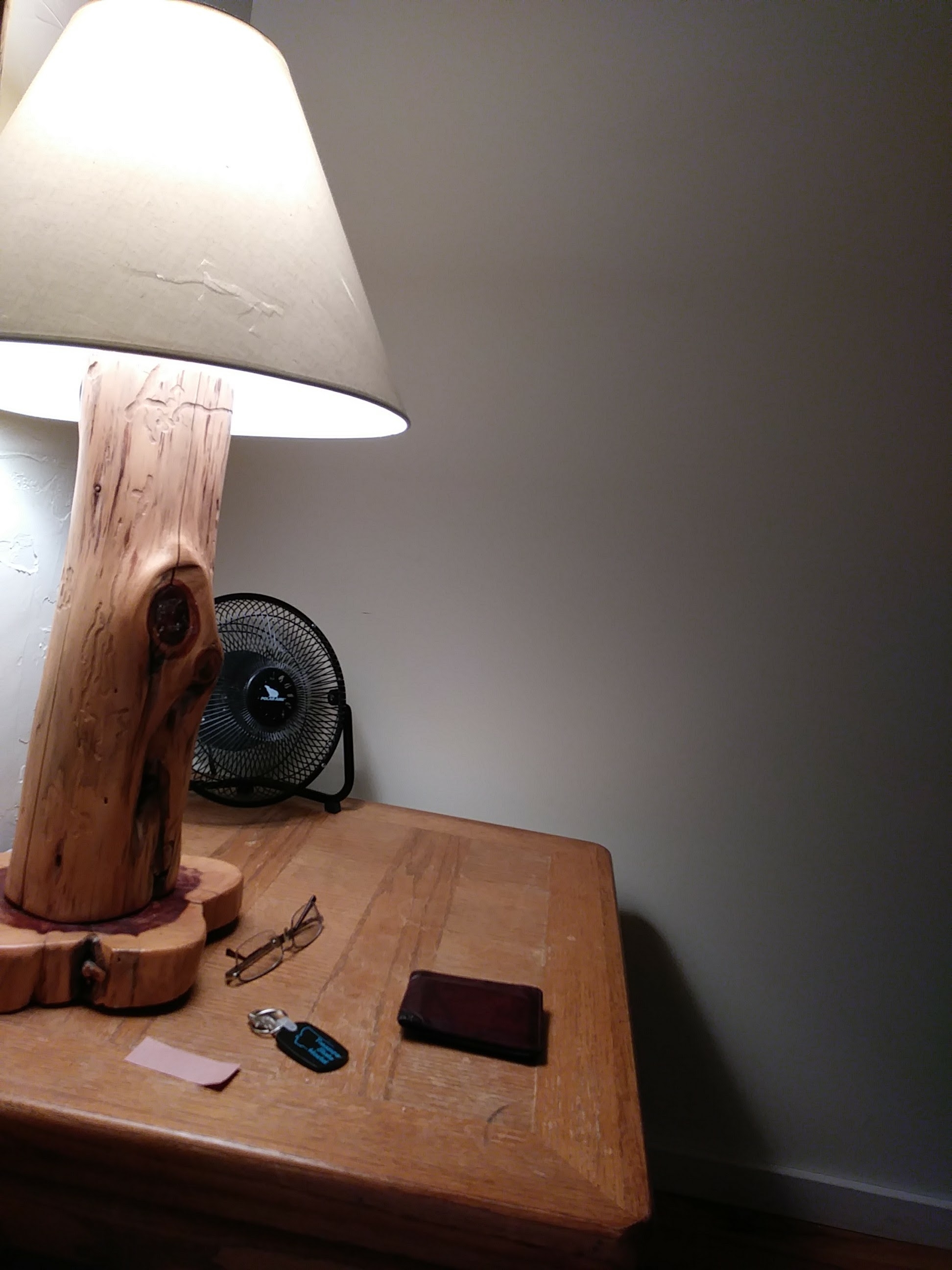 I attempt to shake off the last bit of sleepiness and focus my mind on what’s about to happen today. Instead, I feel an all too familiar wave of panic which threatens to overwhelm me.

I look around the room and identify the source of this unwelcome feeling. My well-worn suitcase—a relic given to me before I left Virginia—sits near the door. I checked its meager contents four times after packing it last night, but I do it again now because I’m worried I forgot a bunch of stuff even though I see nothing strewn about the room.

Damn anxiety! Everything is in here!

Annoyed with myself, I grab a towel and toiletries and gingerly walk down the hall toward the communal showers.

I don’t see any lights on, which means everyone is still sleeping. It occurs to me that I have not had any social interactions during this entire stay.

I shower quickly. I’m up early and still have plenty of time until I’m supposed to catch the bus, but I’m borderline panicky anyway.

“And into the forest I go, to lose my mind and find my soul.”

I decide I might as well leave now. I grab my coat and suitcase. I leave the key on the table and head for the front door.

“Hostels aren’t so bad,” I think. “This could have been worse.”

As I step outside, the air stings my face and hands with its sharp chill. I knew it was going to be cold up here—I am in Montana after all—but this is a little bit more winter than I bargained for at this time of year.

I glance at my phone and check my walking directions one more time. It’s a mile and a half to the pickup point at Walmart.

I sigh. Lugging this suitcase on foot won’t be fun, but I’m out of money and it’s probably too early to get an Uber anyway. Downtown Bozeman isn’t exactly a bustling town at 5 a.m.

I put my phone back in my pocket and resign myself to doing this walk.

On this morning, I am running away from the greatest heartbreak I’ve ever known. I am not entirely sure what I’m getting myself into, but it has to be bet-

“This is going to be a disaster, you know.”

No time to reconsider things anyway.

I’ll be in Yellowstone National Park by noon.

I made the decision to thru-hike the PCT on the same day I found out it existed.

It was November 2017. I had just finished working in Yellowstone for the summer, and I found myself in Montana again, getting ready to start a winter gig. 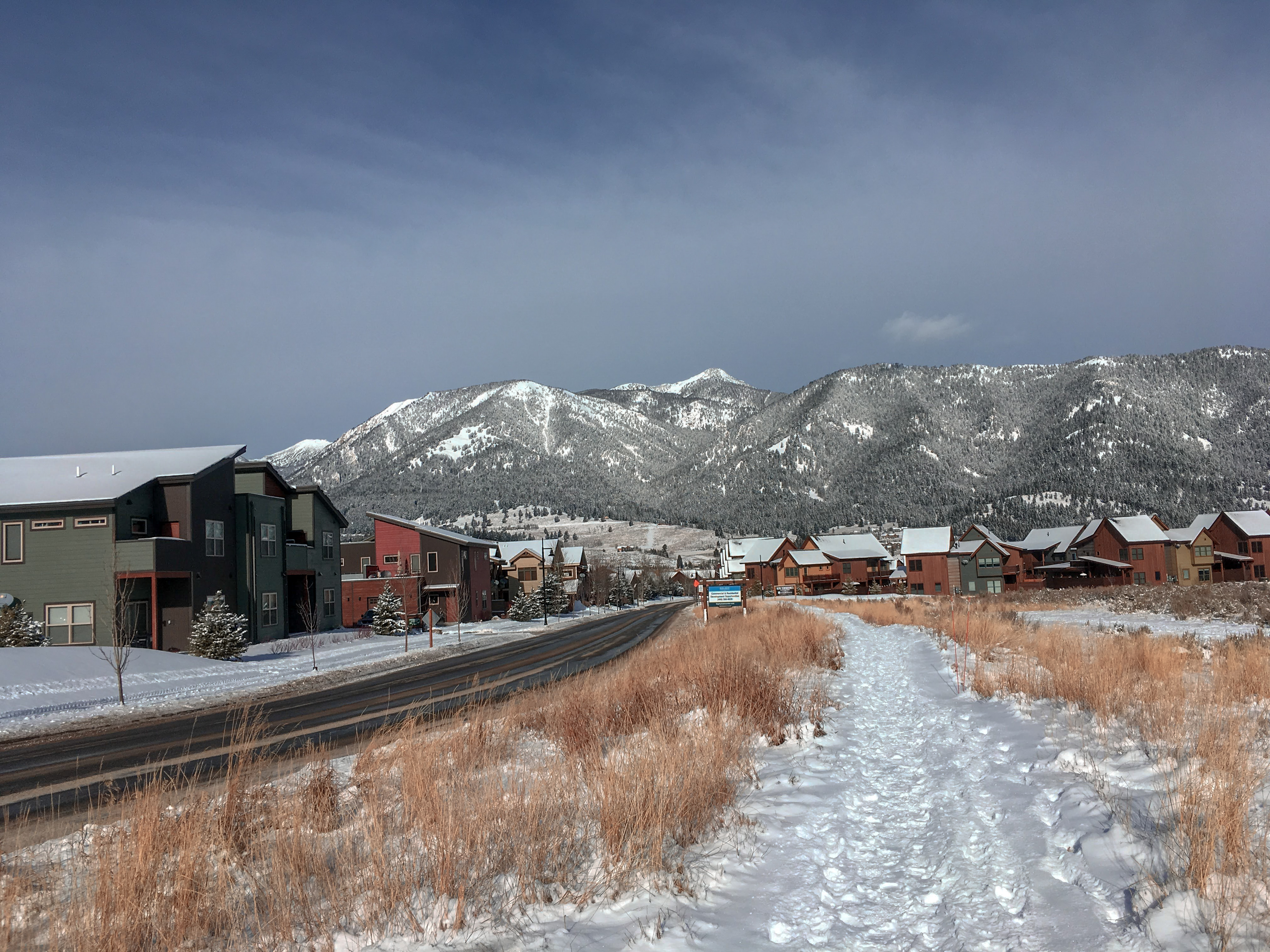 Big Sky, MT. This is where I first decided I wanted to hike the PCT.

As I was sitting in my hotel/dorm room one afternoon, I came across a series of YouTube videos created by a thru-hiker named Dixie, someone who had recently finished the epic 2,650-mile trek from Mexico to Canada. Her narrative sucked me in and I watched all of the videos in two days.

I immediately knew this was something I had to do myself. 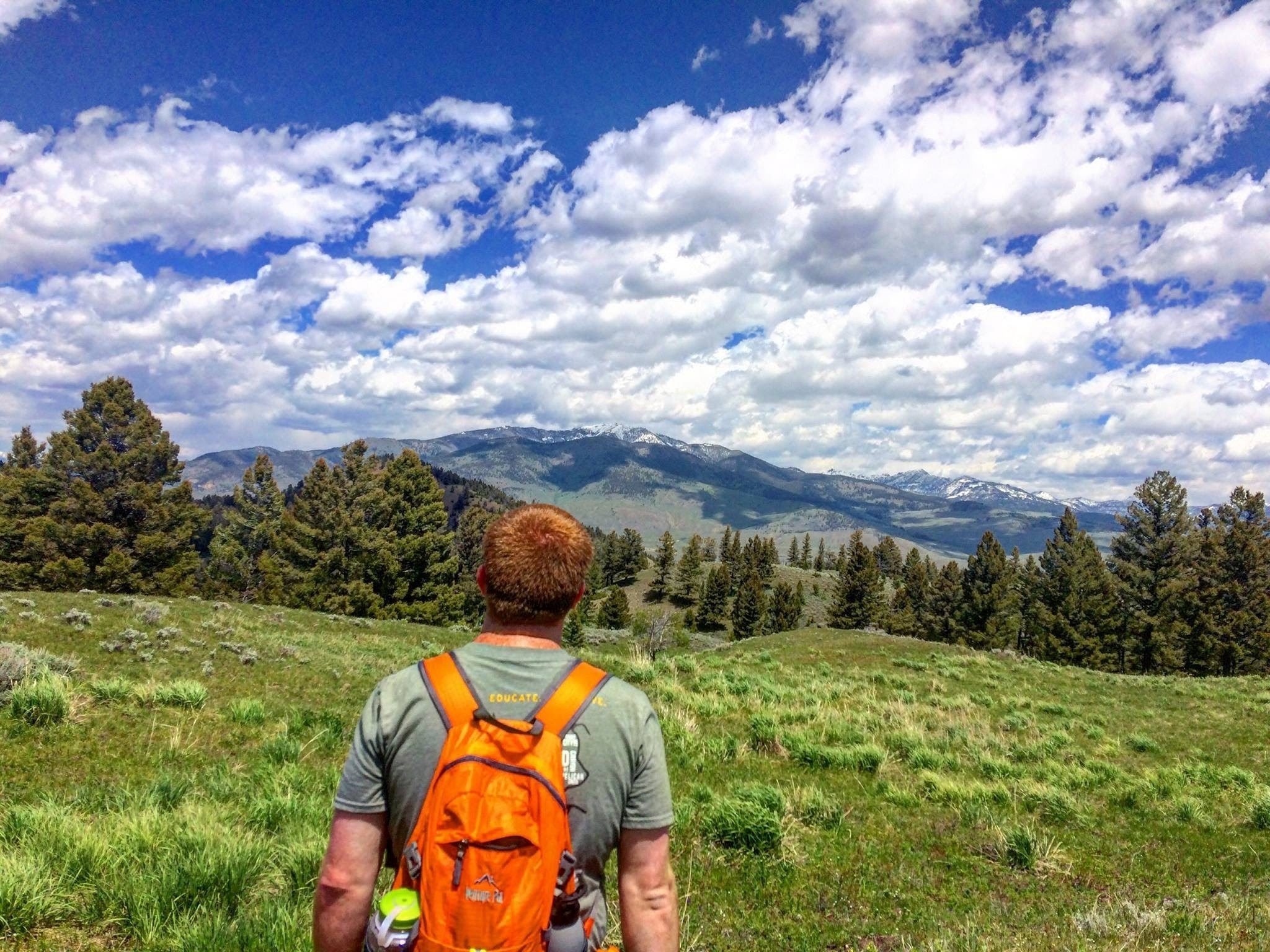 Before Yellowstone, I didn’t have any experience hiking in the backcountry. I hardly had any hiking experience at all even though I had spent most of my life living in Virginia’s Blue Ridge Mountains.

I quickly changed that while I was working in this beautiful corner of Wyoming, often hiking several miles at least three or four times a week in the beginning. Although the frequency of my hikes decreased as the busiest part of the tourist season arrived, my time spent here still introduced me to an entirely new world. The natural wonders were almost unbelievable, and my explorations helped me find the kind of perspective I had been searching for. 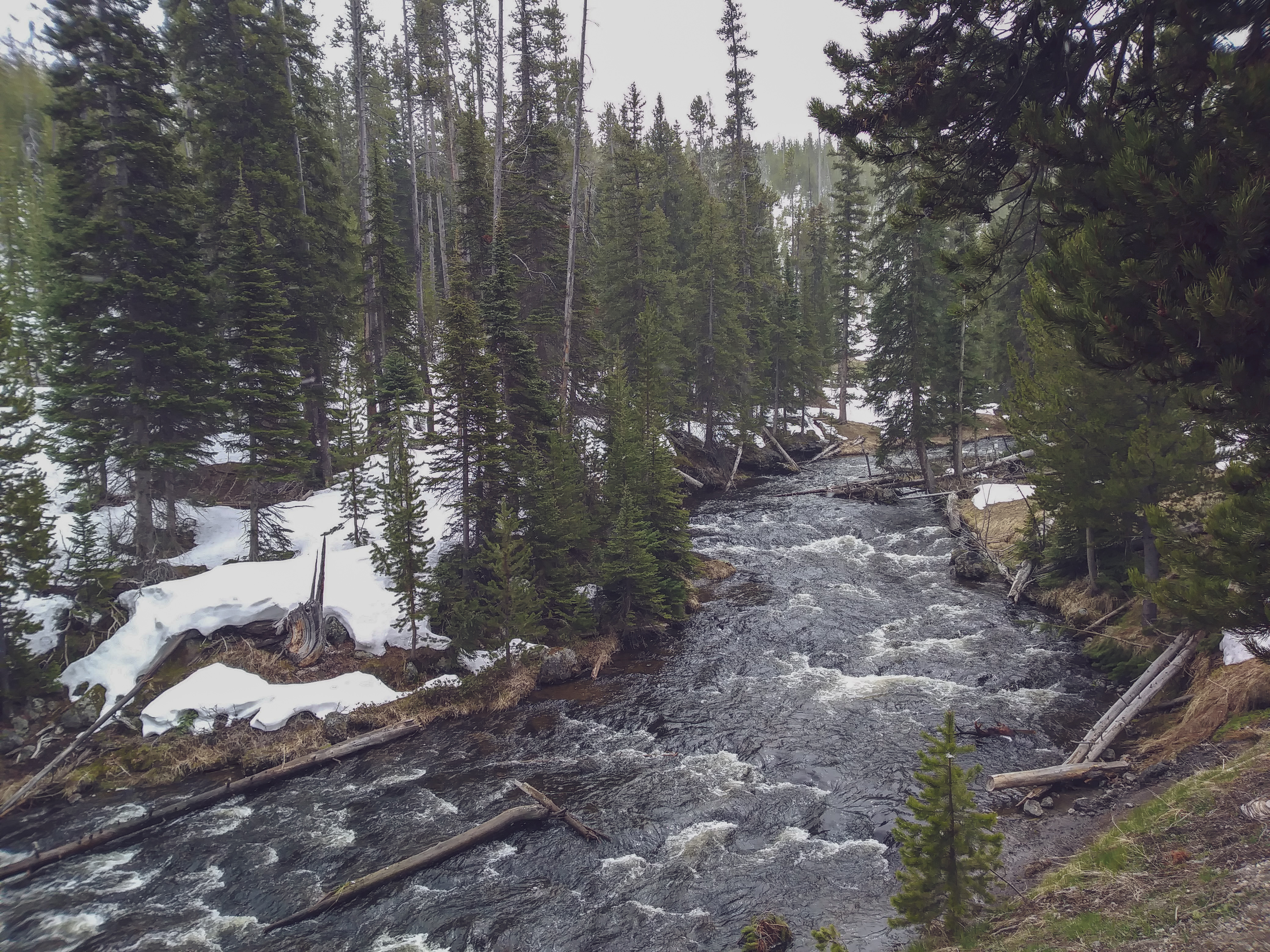 From my first hike in Yellowstone. 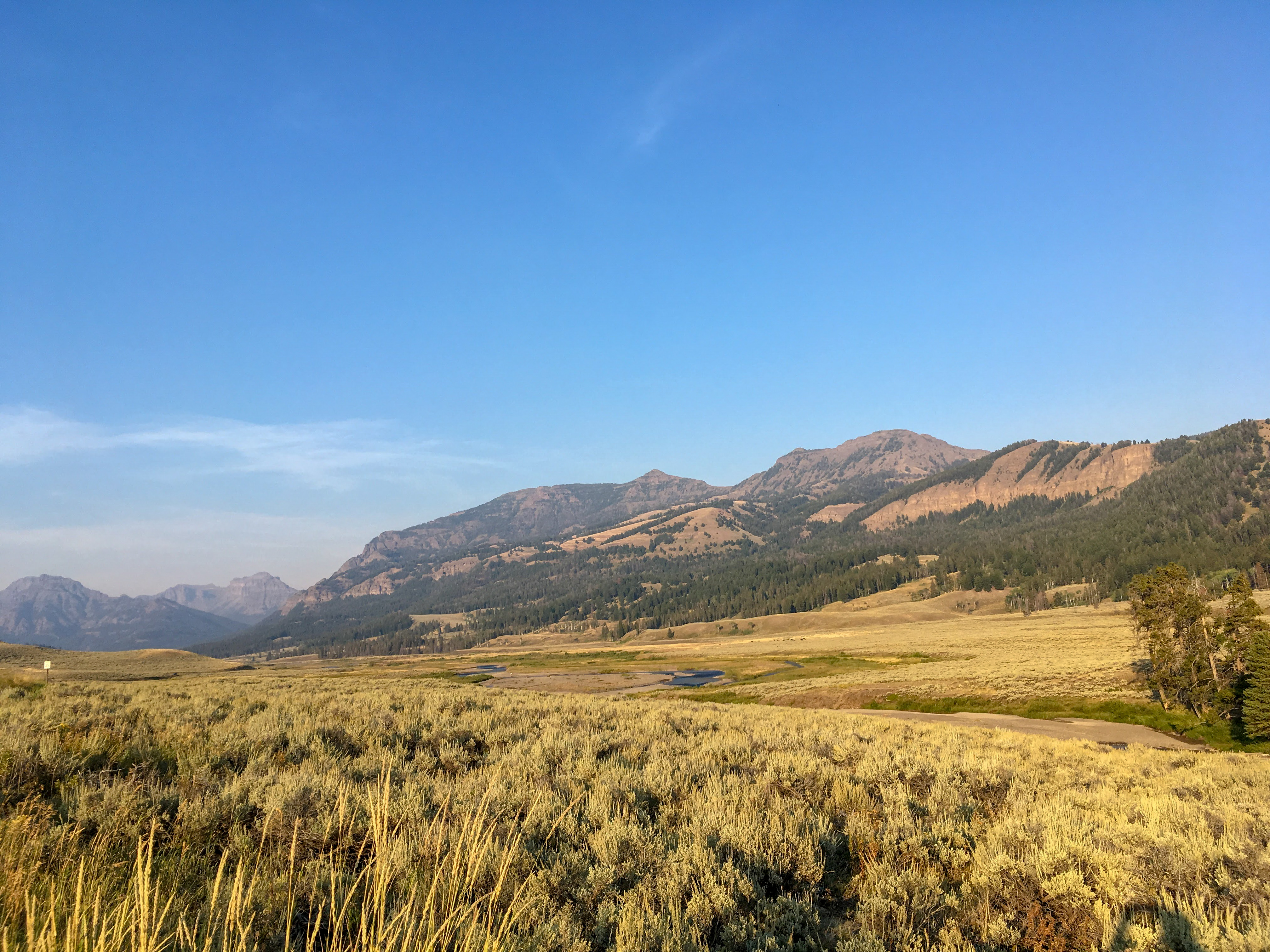 This all led to me losing 30 pounds and getting into the best shape of my life. The anxiety was still a problem but I was finding ways to manage it for the first time. I even figured out how to function in social settings. I was the happiest I had ever been, and I know hiking played a huge role in that. 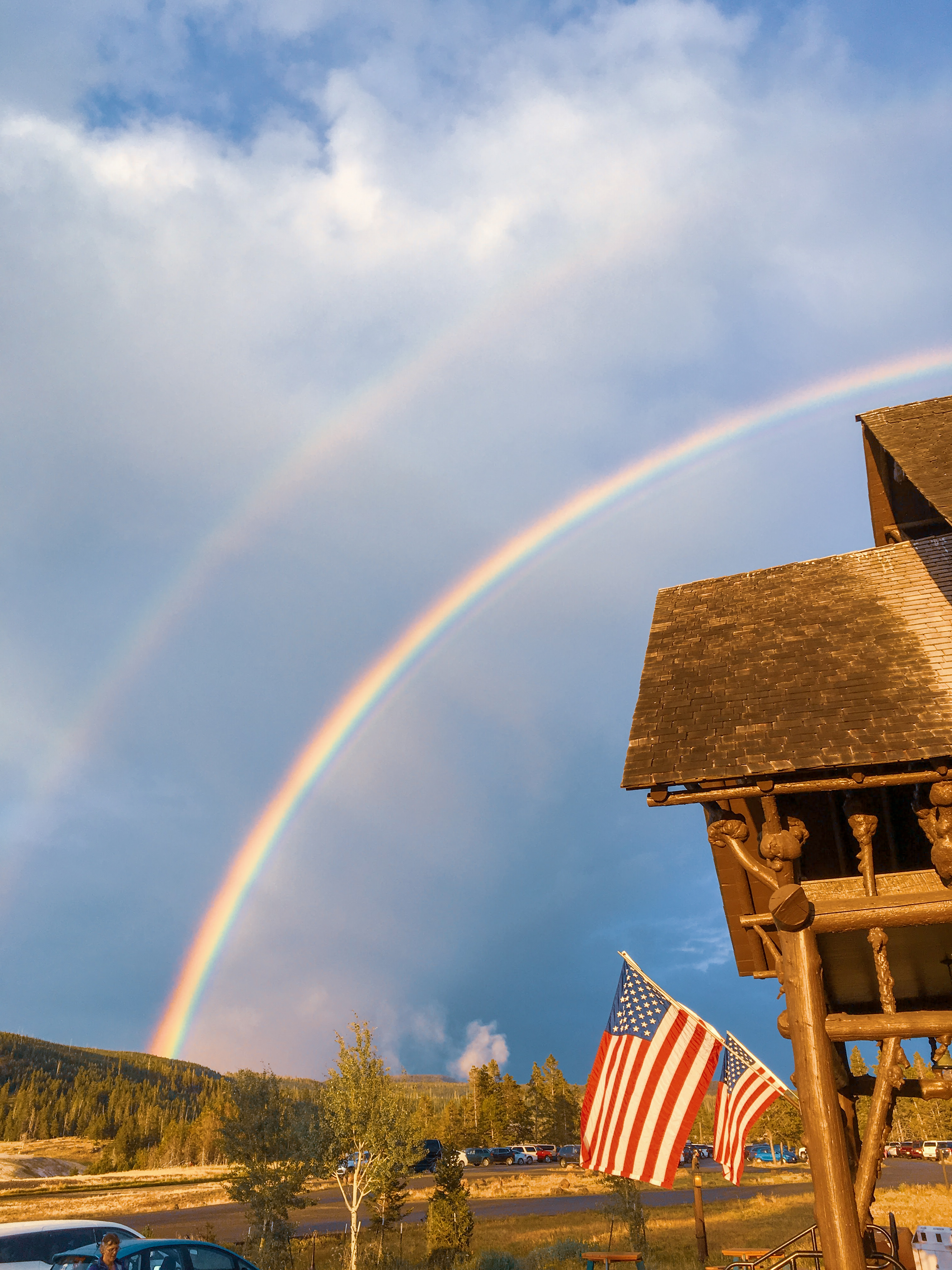 This place changed my life.

Dixie’s journey took me right back to those summer days. Her videos showed me that the PCT is a place where I could find nourishment for my soul.

I felt forces beyond my control drawing me to this idea. I was finally confident in myself and I knew I could do it. The prospect of walking nearly 3,000 miles wasn’t intimidating to me at all even though I had never been backpacking. It just seemed like a logical next step, and I was ready to start planning.

Unfortunately, I had not yet fully dealt with certain problems in my life.

I had only taken half measures, and this would soon threaten to derail my new dream. 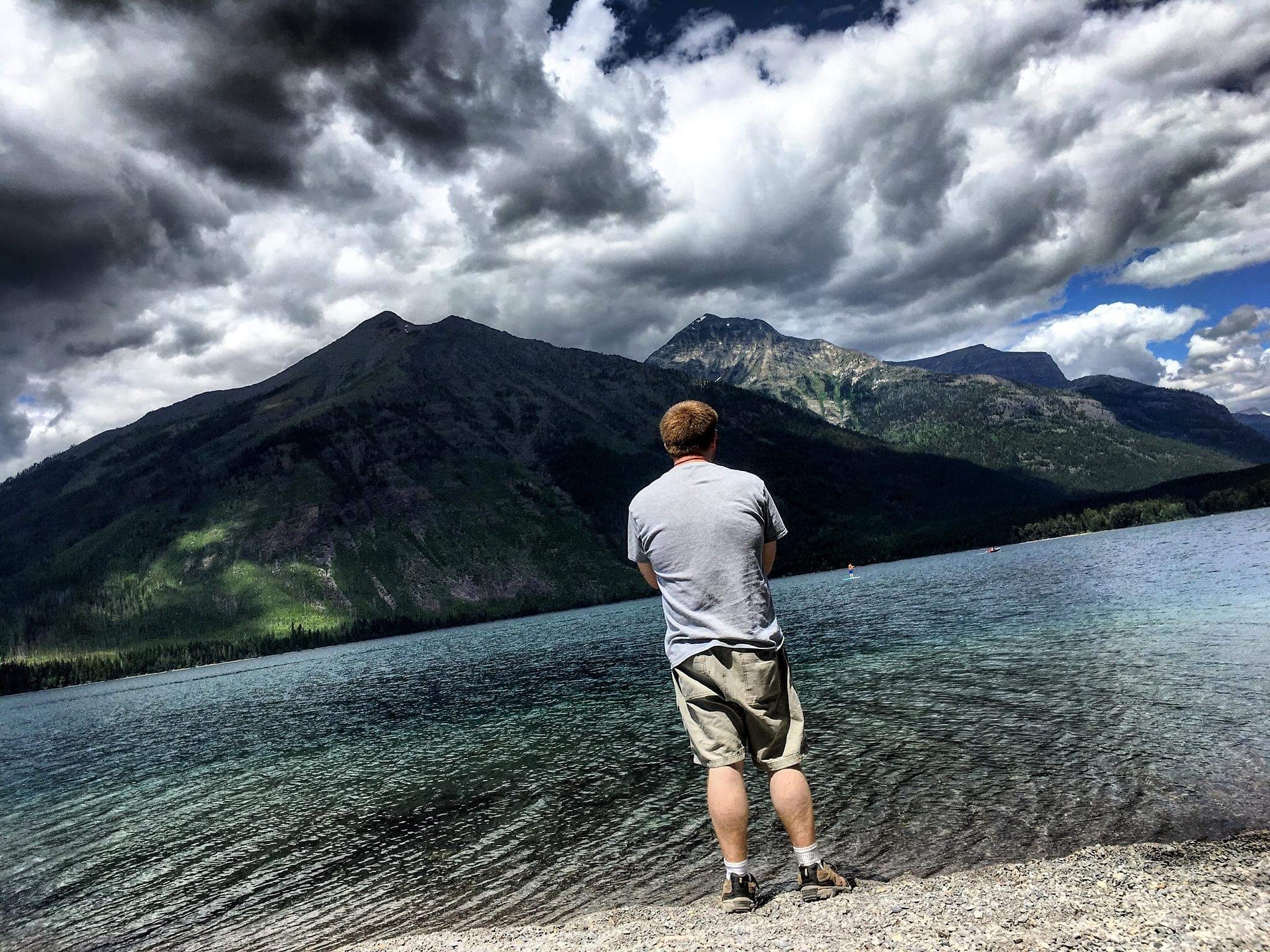 I arrived in Glacier National Park this past May ready to build on the progress I made in Yellowstone last year. Glacier is truly a hiker’s paradise and I was going to take advantage of that.

Things started out pretty well. I hiked close to 150 miles in the first two weeks, mostly after work hours. The park was even more beautiful than Yellowstone in some ways, and I was feeling great about hitting the PCT in 2019. 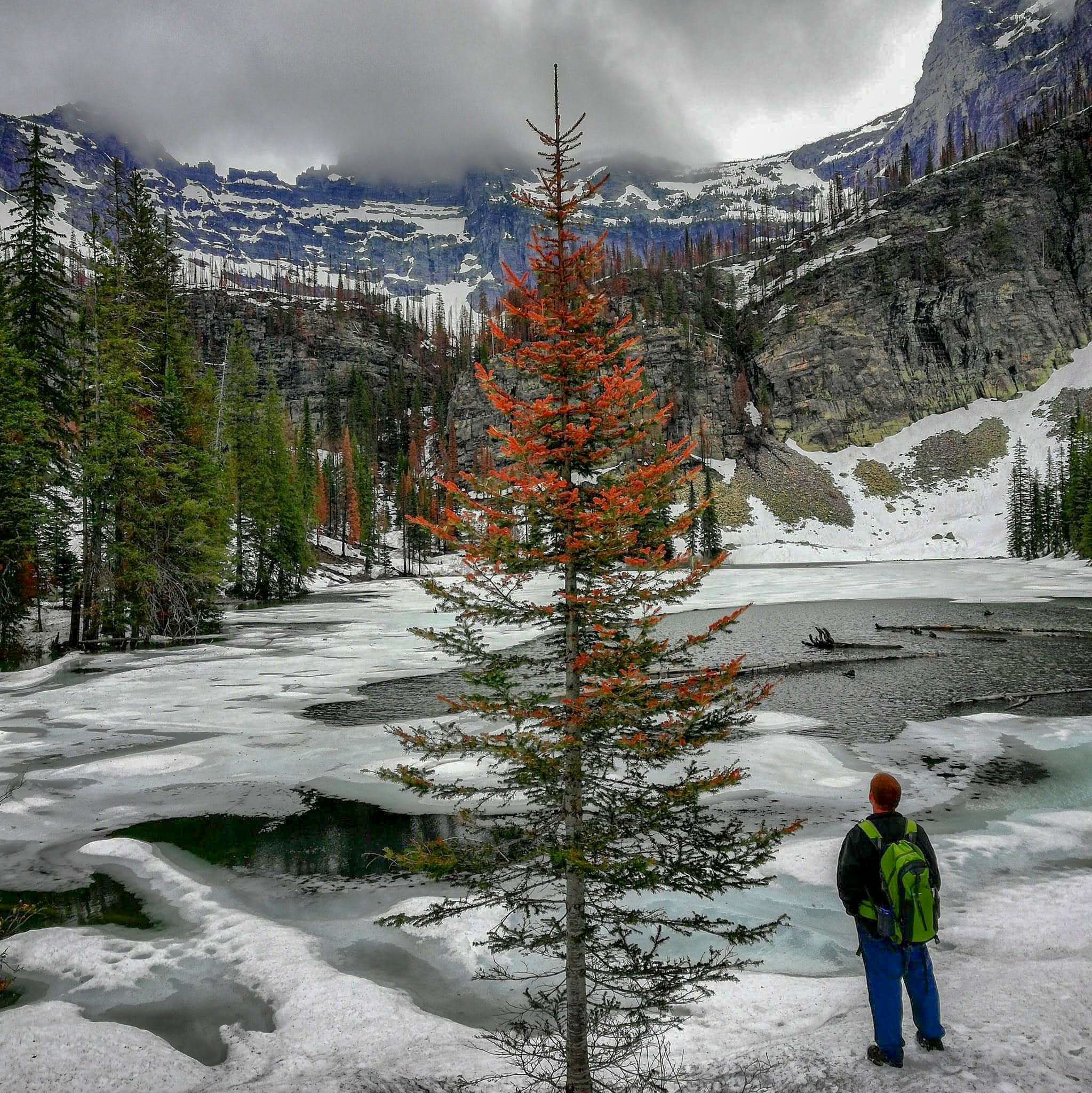 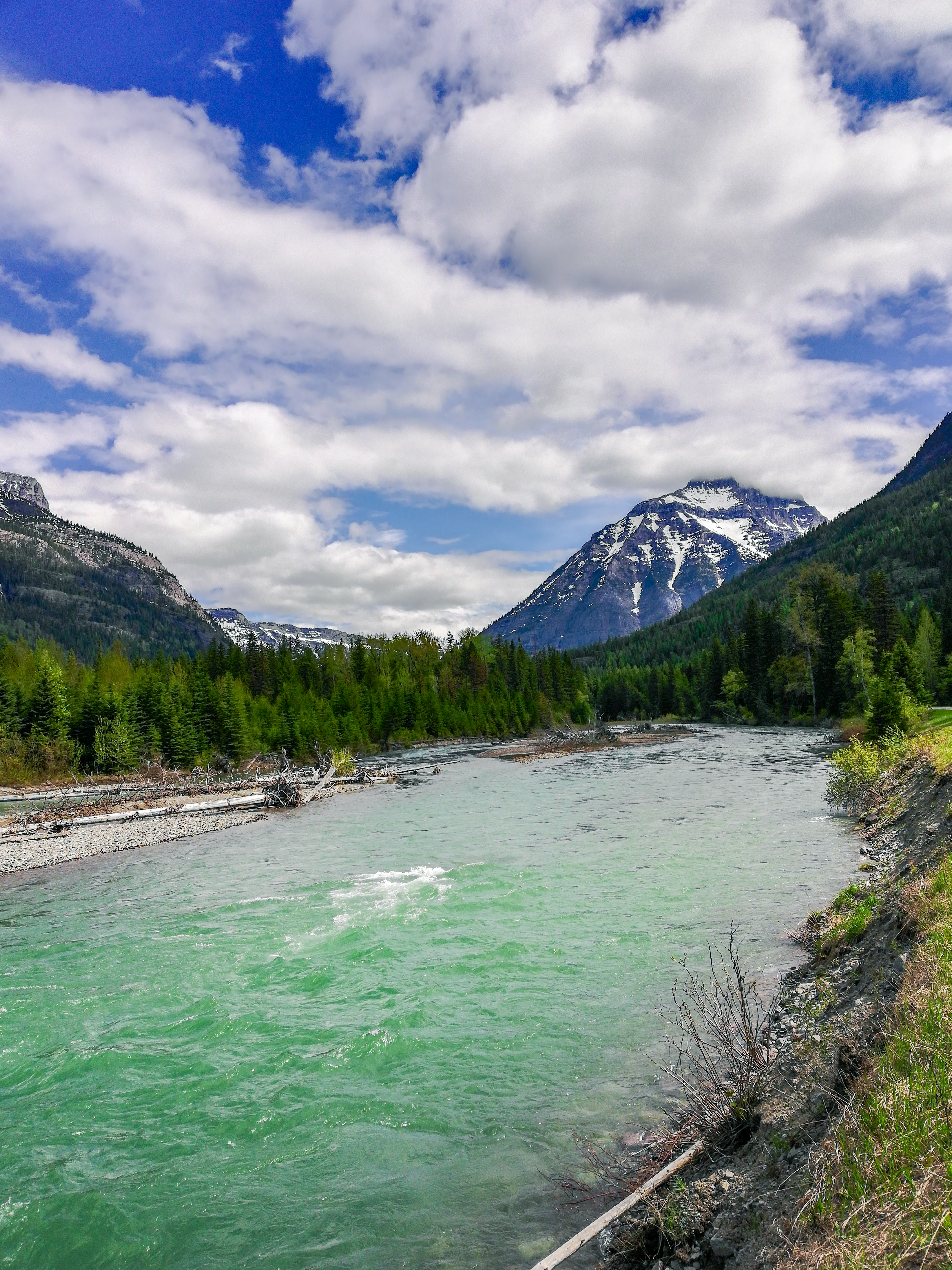 Going-to-the-Sun Road is hikeable until it opens up for vehicle traffic.

But as the summer progressed, I became overwhelmed by certain things in my personal life. I soon felt smothered to the point where I could hardly bring myself to function, much less plan for a PCT thru-hike.

In retrospect, I should have seen this coming. I had never fully acknowledged the seriousness of my issues and therefore never took steps to get treatment for my anxiety and depression.

The fall was inevitable and I made some poor choices during this time period.

I lost myself in someone else. I committed to moving to New Jersey. I decided to go to college. All things I didn’t really want to do.

I desperately needed to find my footing.

Finally, while on a shaky two-day Yellowstone trip in mid-August, I decided to make some major changes. I was going to reset everything as soon as I got back to GNP.

I would never get the chance.

On Aug. 12, a lightning-induced wildfire broke out across the lake from the historic Lake McDonald Lodge and spread rapidly. The evacuation order came while I was still on the road, heading back to Glacier.

I was in Connecticut the next day and in Jersey two weeks later. 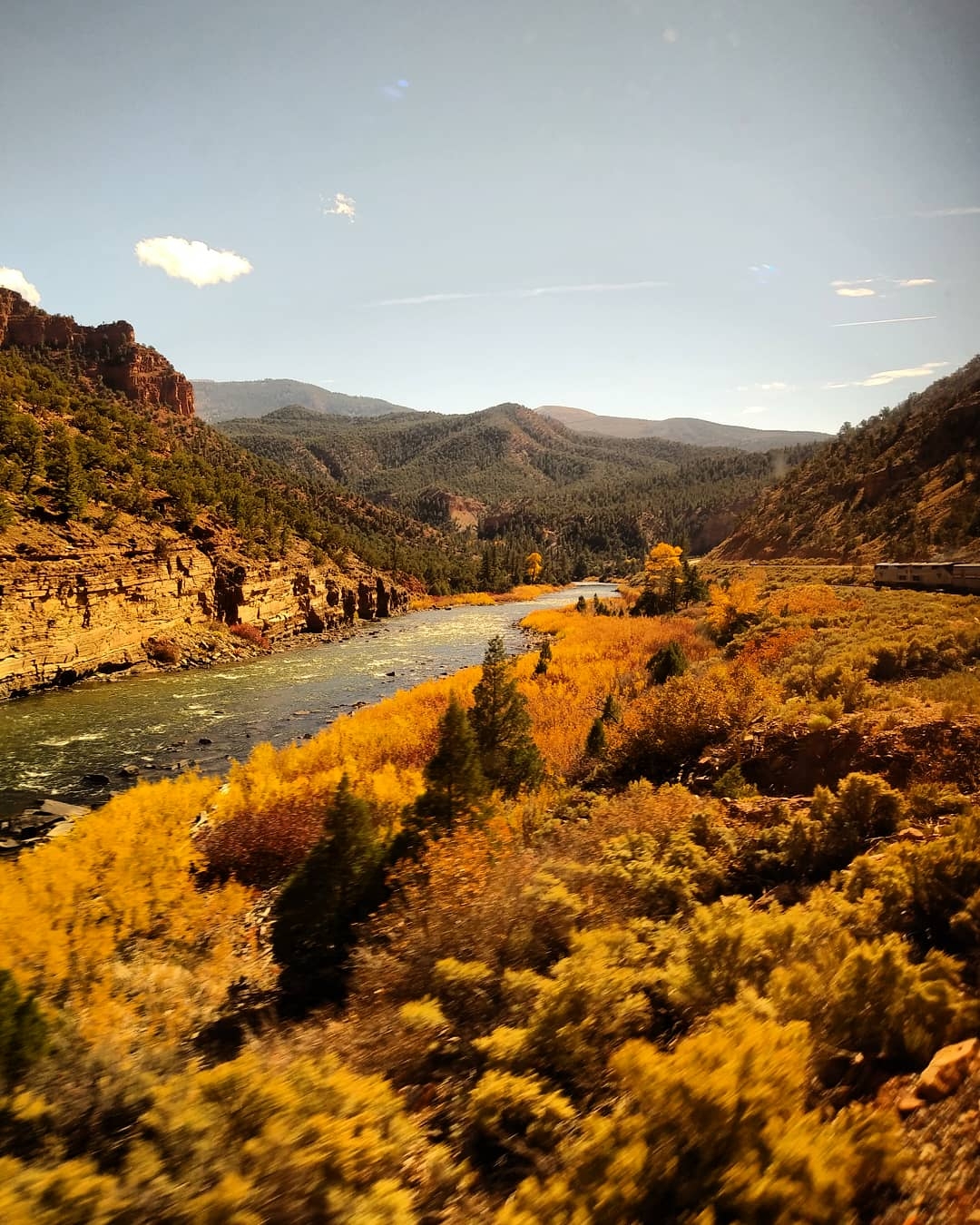 On the California Zephyr in Colorado.

I was sitting in the lounge car on the Amtrak train as it chugged west through Utah. The October foliage in Colorado had been outstanding and I was seriously loving everything about this trip.

Without hesitation, I started conversing with a stranger sitting next to me. I soon found out that her daughter was a former Yellowstone employee.

I smiled and sipped my drink.

No More Half Measures

“The moral of the story is I chose a half measure when I should have gone all the way. I’ll never make that mistake again.”

I jump into the PCT permit queue while I’m at work and see that there are over 4,000 people ahead of me.

I don’t worry about it. I haven’t decided on a specific departure date anyway.

I’m not going to stress over this.

I get home several hours later and go to the permit page again.

In 2017, I blew up all of my bridges and moved to Yellowstone National Park. Beautiful life-altering chaos ensued, and I quickly found the perspective I had been searching for. I hike to keep that perspective.